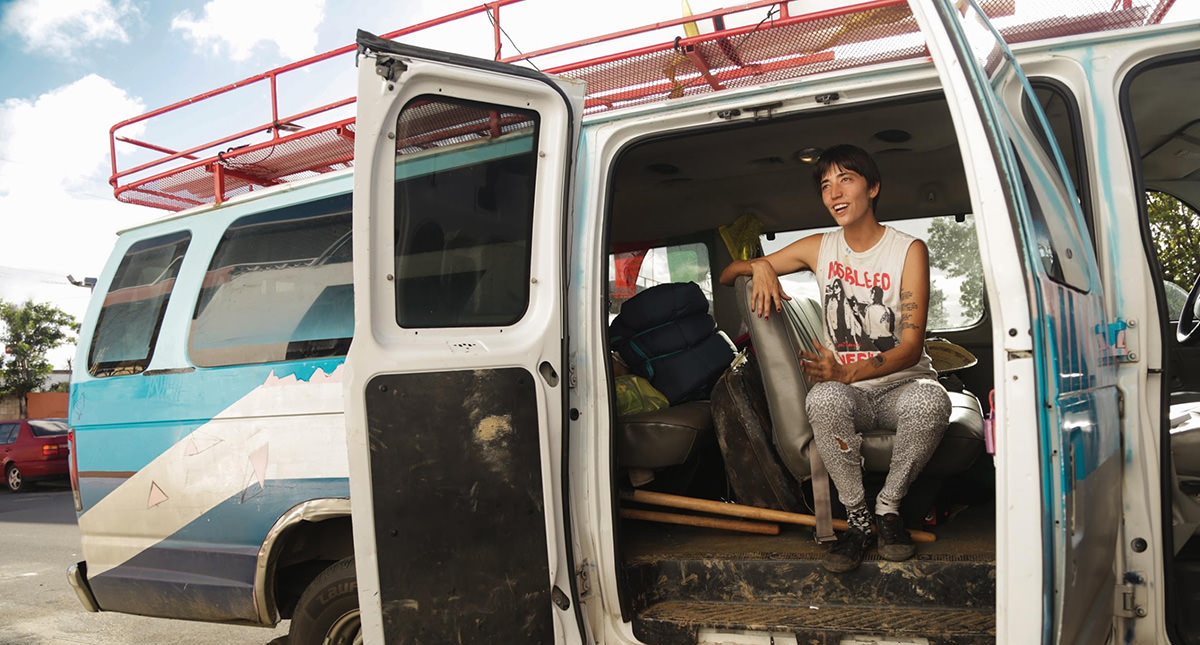 One Seed at a Time: The Sustainable Agriculture Movement in Puerto Rico

All photos by Jo Cosme

Inside a historic colonial building in Puerto Rico’s cobblestoned Old San Juan, the movement for autonomy is alive and thriving. And shopping for groceries. Here, on a Saturday morning beneath the high-ceilings of a museum-turned-cultural center called El Bastión, fresh lettuce, tomato, eggs, sprouts, lentils, and other locally grown fare represent the island’s effort for self-reliance.

Put plainly, people are buying food. But it’s the specific food they’re buying that shows a pointed shift toward sovereignty. The heaps of agriculture on the numerous tables that snugly line the walls of a sizable room belongs to the 15 percent of food that’s actually grown locally. Everything else—at least 85 percent—is imported. 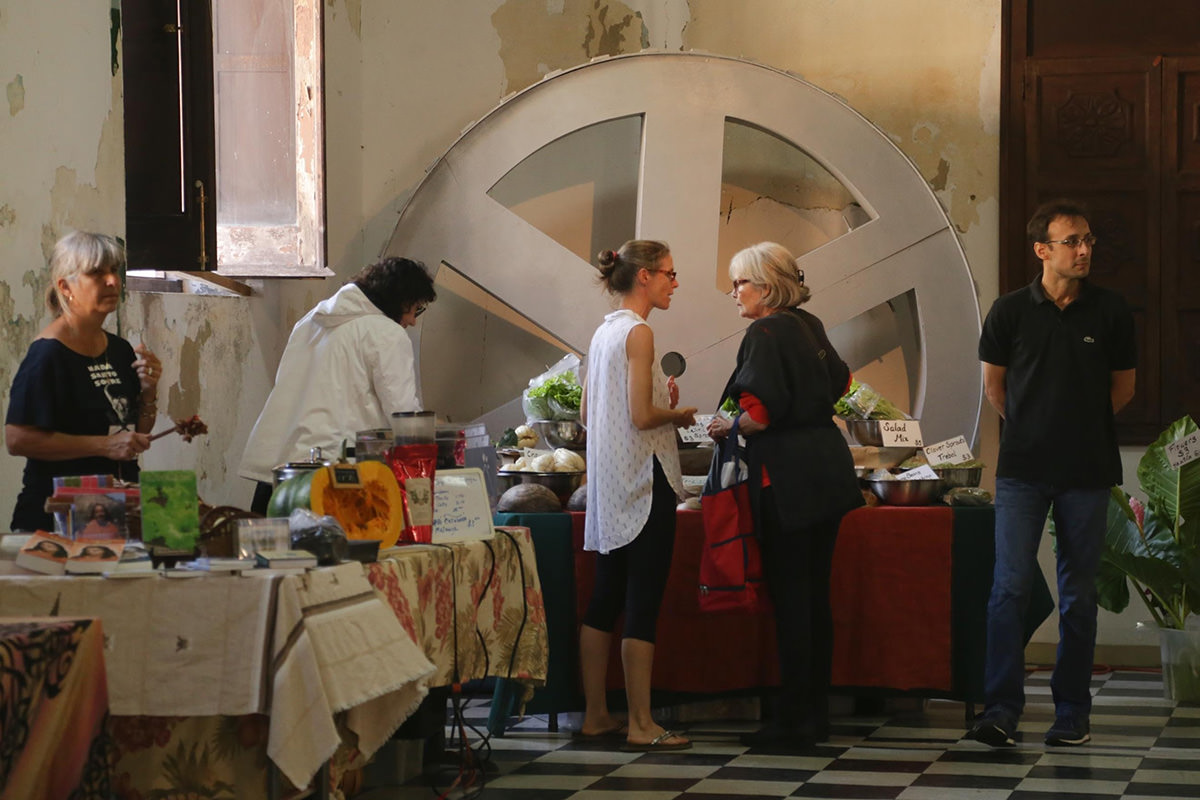 Considering the island’s tropical climate, with four growing seasons and fertile terrain, that statistic is especially shocking. Add the doubled cost of goods—tacked on by the Jones Act, a century-old maritime law that requires all ships entering any U.S. land or territory be built and crewed by American citizens, and requires punitive fees of foreign vessels—and it simply doesn’t make sense.

After Hurricane María, the law was temporarily lifted to allow a faster flow of relief supplies—but it’s now firmly back in place.

Tara Rodríguez Besosa is a key figure in Puerto Rico’s sustainable agriculture movement, which involves a network of grassroots organizations and projects throughout the island. Her own work was well underway before the hurricane: she co-founded El Departamento de la Comida in 2010 originally as a Community Supported Agriculture effort, which later became a brick-and-mortar sustainable restaurant. Storm flooding, however, left the space too damaged to feasibly repair. 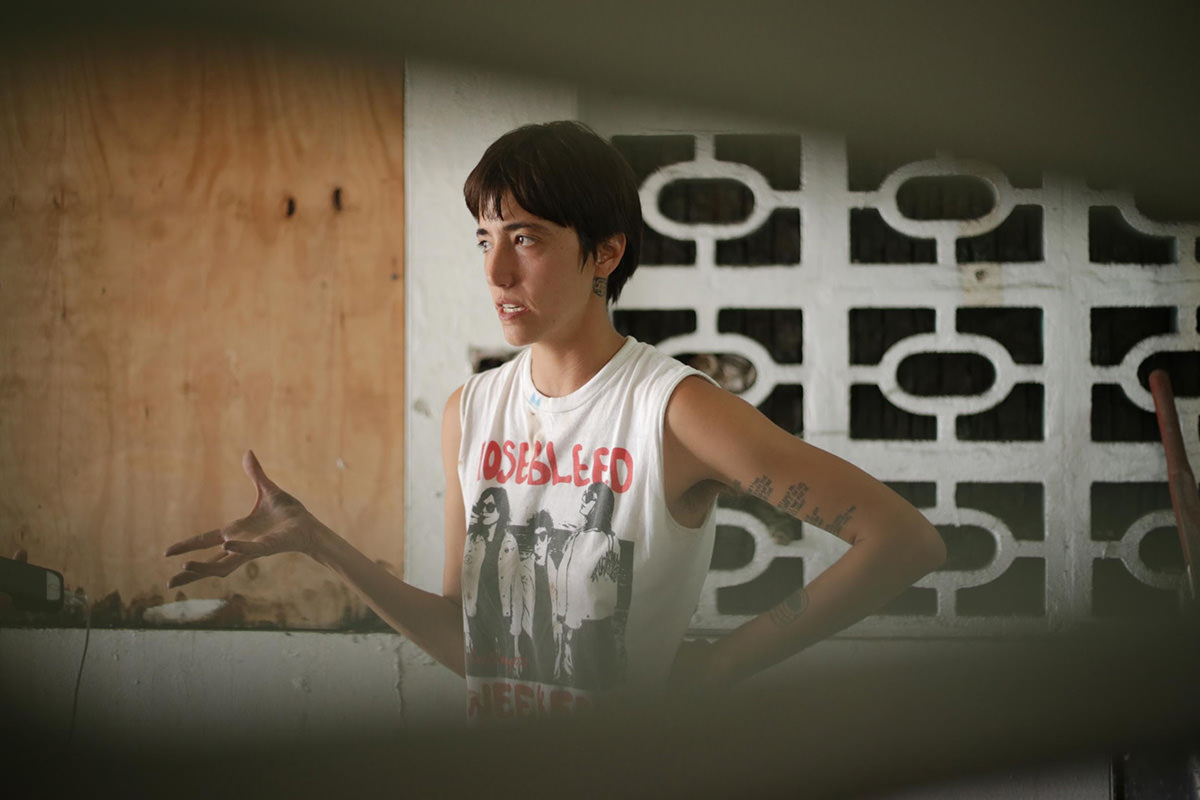 After months of crisis on the island, more people are beginning to accept the need for systemic change, and understanding that embracing and supporting sustainable agriculture is key. “This is about our actual sovereignty,” she says.

Last November, Rodríguez Besosa launched an ambitious two-year project founded with its positive ripple effect potential in mind. In brigade form, she and her crew will impact 200 local farms by not only restoring and rehabilitating, but also by increasing the sustainability of their systems. They’re building latrines, pruning guava trees, setting up rainwater catchment systems, implementing solar energy—all depending on the needs of each particular farm. They’re pushing polyculture and crop diversity with heirloom seeds, too. 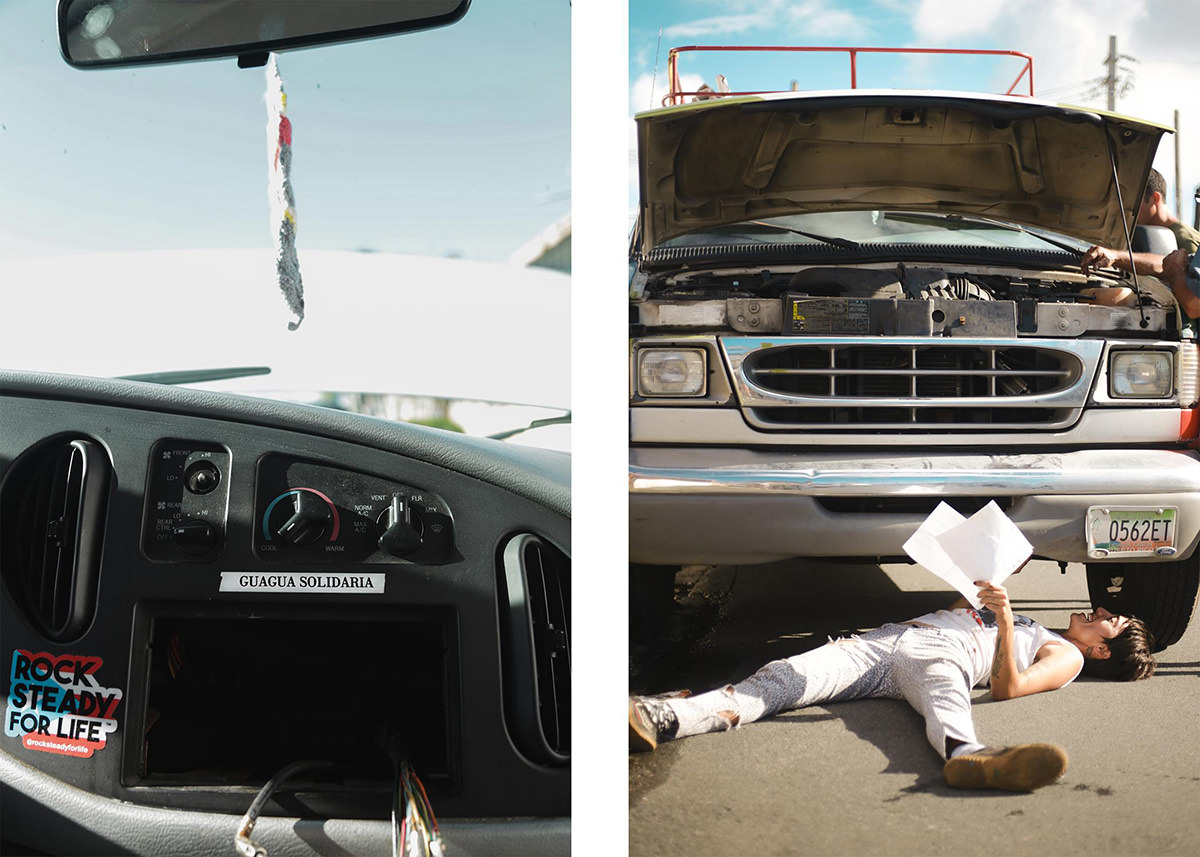 The Guagua Solidaria being repaired.

Today, she’s clearing out what was once—years and years ago—a print shop. The space has been offered up to store farming equipment, but it will mainly house the vehicle by which the brigades travel: The Guagua Solidaria, or solidarity van, which is old, but repurposed and outfitted with a handmade roof rack. A mechanic will deliver it later; repairing the air conditioning wasn’t in the cards, but they did replace the battery, which was stolen recently on the street beneath Rodríguez Besosa’s San Juan apartment.

Right now, she notes, Puerto Rico is basically GMO headquarters; there are more permits here for transgenic seed experimentation than anywhere else in the U.S. or its territories. Meanwhile, iconic staples like rice and beans, and even lechón (pork), are almost entirely outsourced. The island is a food desert, she says.

Traveling farm to farm is only part of the work carried out by the Puerto Rico Resiliency Fund, which was created immediately after Hurricane María in collaboration with Americas for Conservation of the Arts, a national Latinx-led nonprofit based in Colorado. Seed collection and distribution is another major facet.

Back at the market in Old San Juan, non-GMO, non-treated, organic, and wild foraged seeds and cuttings, from hibiscus and sunflower to okra and leaf amaranth, are available, all packaged with rice instead of silica gel. They’ll soon distribute at other markets around the island as well.

“We do get a lot of requests from the west coast [of the island],” says Lucecita Cruz Rosario, an organizer with the Puerto Rico Resiliency Fund. “But it’s so hard for them to drive all the way to San Juan to pick up their packets, so we’re going to bring the seeds to them.” 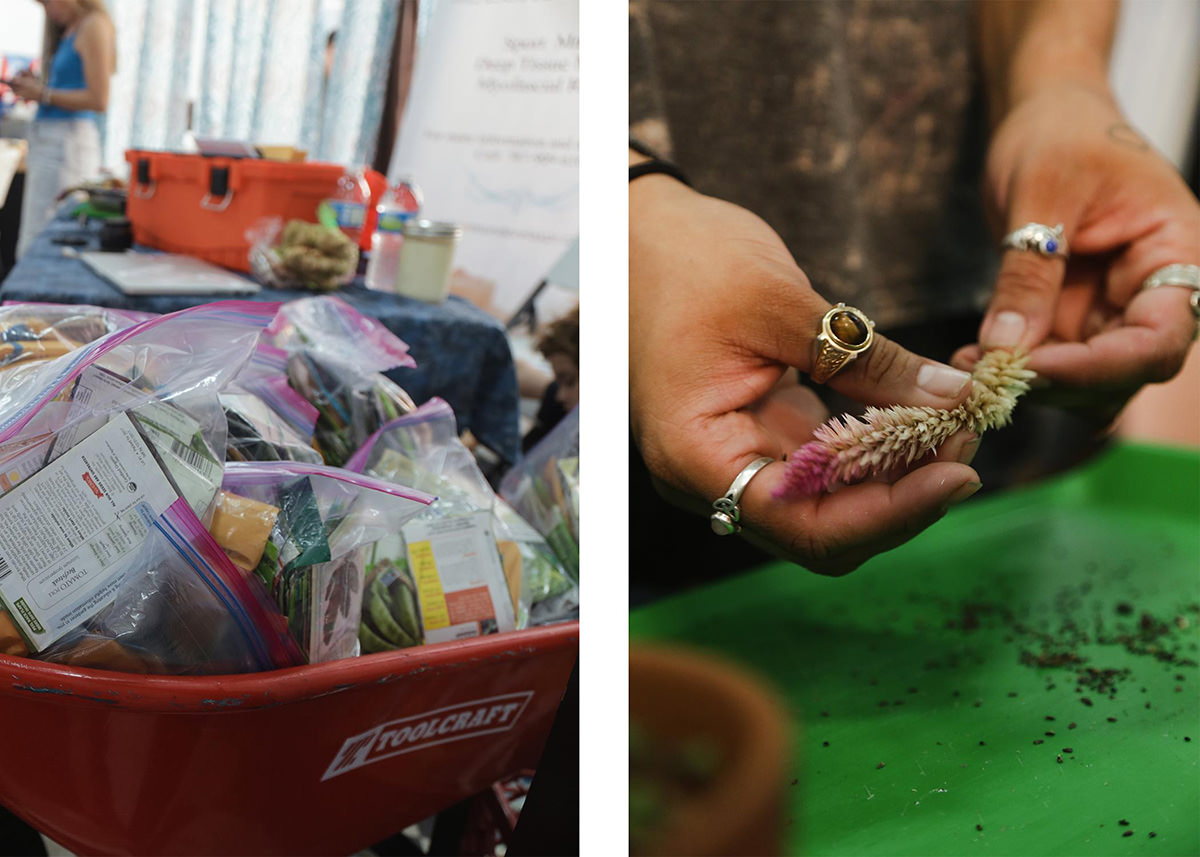 Seeds ready to be delivered and an amaranth plant being deseeded.

The mission isn’t solely directed to farms, though. Schools, community gardens, even tiny patio plots can all receive seeds from the Resiliency Fund. “In terms of pushing the agro-ecological movement, our goal isn’t just to focus on farms. It’s to focus on getting everyone to start growing their own food,” Cruz Rosario says.

Not far from the Cruz Rosario’s post is a table held by Finca Escondida, a farm based in the mountain town of Aibonito, about an hour drive south of San Juan, that’s run by Jessica Santiago and her husband. The Guagua Solidaria rolled in a couple weeks prior, and she’s ecstatic with the results. The brigade helped her open an area of the farm that she hadn’t harvested before, and permaculture experts made her efforts more efficient by teaching her how to preserve minerals and implement trees for shade. They recommended fruits to try, and taught her sustainable techniques for raising chickens—all of which she’s starting to incorporate already. 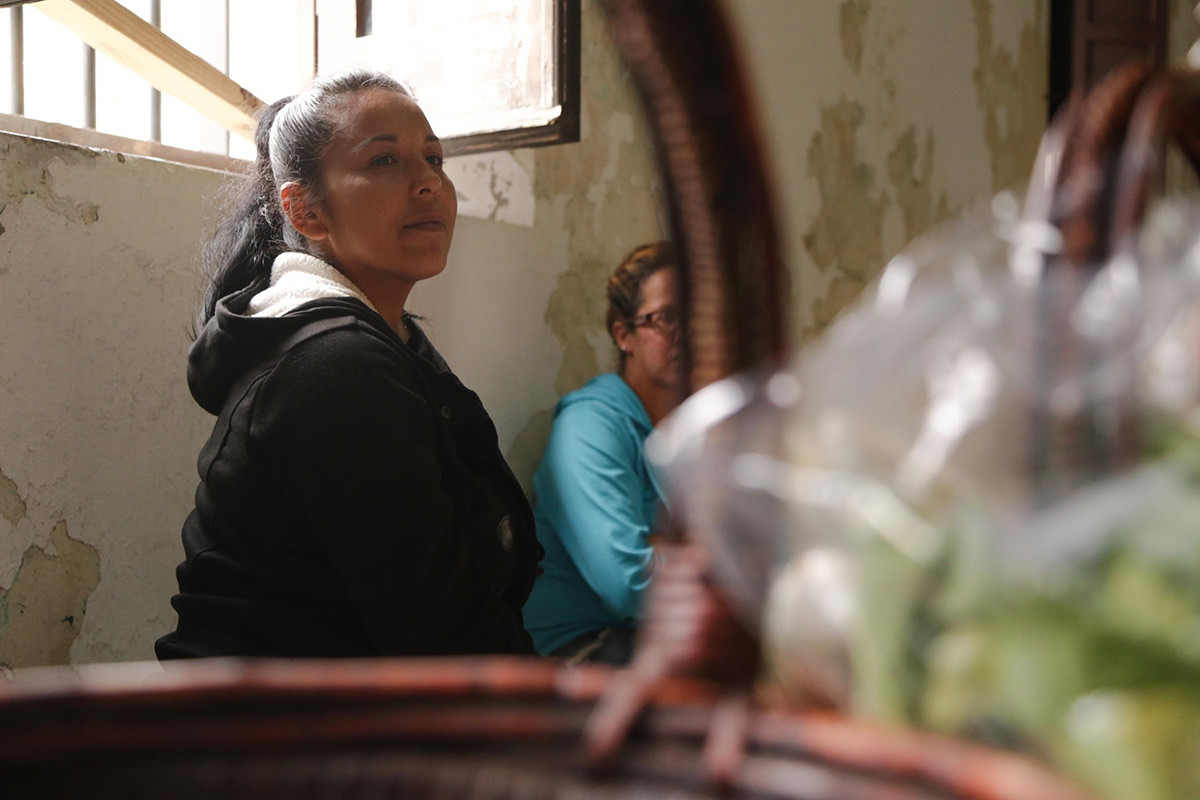 Jessica at her table

“The thing I liked the most was learning,” she says. “The most important thing about the solidarity brigade is that they’re all experts in different aspects: Ecology, some in farms, some in construction. They each have their own specialty. And from all of them, I learned something.”

Cruz Rosario grins while Santiago gushes about the brigade’s work. They moved here in December, after having met Rodríguez Besosa in New York at a potluck dinner intended to bridge the gap between agricultural workers on the island and the diaspora. Coincidentally, it was held the night Hurricane María struck.

Cruz Rosario began collecting donations—much of it fresh produce, which wouldn’t keep past the airport chaos that kept Rodríguez Besosa planted in New York City. They organized an effort, dubbed Queer Kitchen Brigade, to preserve that food en masse by canning. A few months after helping Rodríguez Besosa raise awareness and money for the newly founded Resiliency Fund, they relocated to Puerto Rico, where their grandfather once farmed sugarcane, to use their knowledge of organizing in the agricultural realm into the relief efforts on the ground.

Logistics between brigade volunteers, coordinating with farmers, and other administrative tasks are the general gist of Cruz Rosario’s labor. But making clear the connections between agriculture and racial justice—and being a queer person of color—are crucial, too.

“The agricultural system as we know has been built on the backs of black and brown folk, and so introducing that racial aspect to it has always been really important in my work, especially in New York City, and in the United States, because it so often is just forgotten. And for me, there’s no way to ignore that and continue doing the work, like racial justice has to be a part of agro-ecological justice, and environmental justice, because the people who are most often affected by climate change and lack of food are people of color,” Cruz Rosario says.

On every farm, Cruz Rosario says, the brigades are introducing themselves with their gender pronouns, and talking about gender and identity, and how it informs their work. 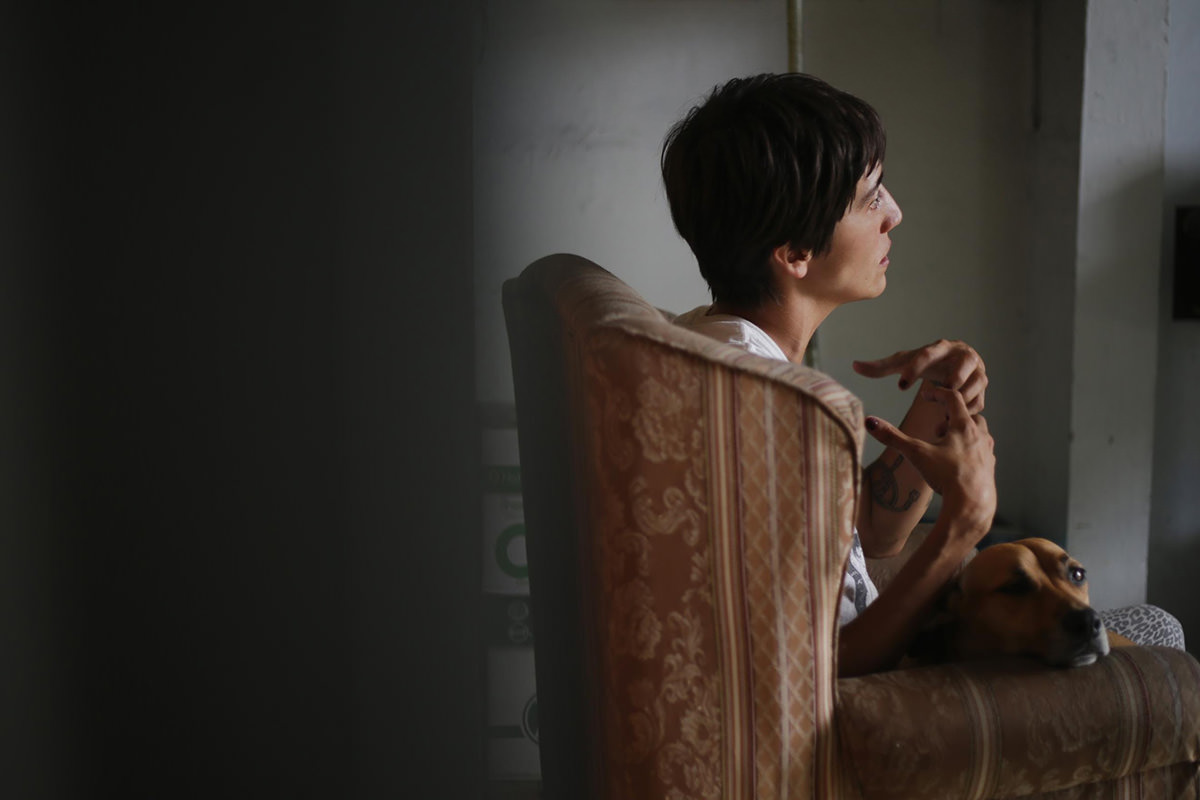 Rodríguez Besosa also identifies as queer, and believes in the power of food as a tool of resistance for Puerto Rico.

“When you live in a space that has so much control and governs your body, what do you want to do about it? You either explode in outrage or you kind of have to figure out the system to then fight with it,” she says.

For a colony, that fight is at the farmer’s market, in the seeds the Resiliency Fund distributes. It’s in the farmers the Guagua Solidaria supports, in the schools and communities with gardens, and in the restaurants that opt to source ingredients locally. The shift toward local agriculture means the island is closer to autonomy.

The Saturday market in Old San Juan should have ended at 1 p.m., but 15 minutes post-closing, shoppers are still eyeing what’s left on the tables of vendors who haven’t yet packed up. Jessica has sold out of peppers and tomatoes; all that remains are a few eggs and some lettuce. She brought as much as she could—her farm visits several other markets besides this one, and delivers to restaurants and individual clients, too. 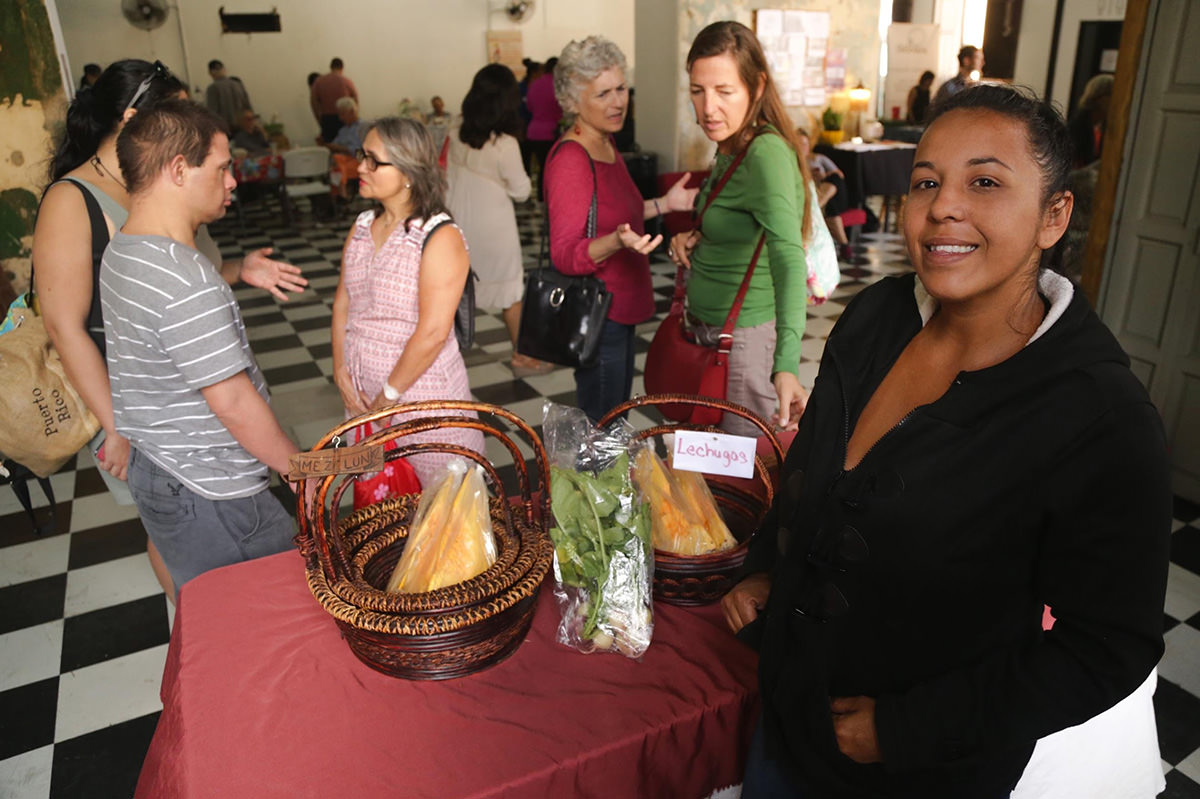 “I think María came to give us consciousness,” she says. “At least in my case, it made me stronger. Now my farm is expanded; I’ll have more production. Agriculture isn’t easy. It’s not the same as having a [large-scale farm]. It’s really hard, and you have to love it.”

What Is BESE: An Open Letter From Zoe Saldana

How The Coronavirus Pandemic Is Being Used To Restrict Abortion Access