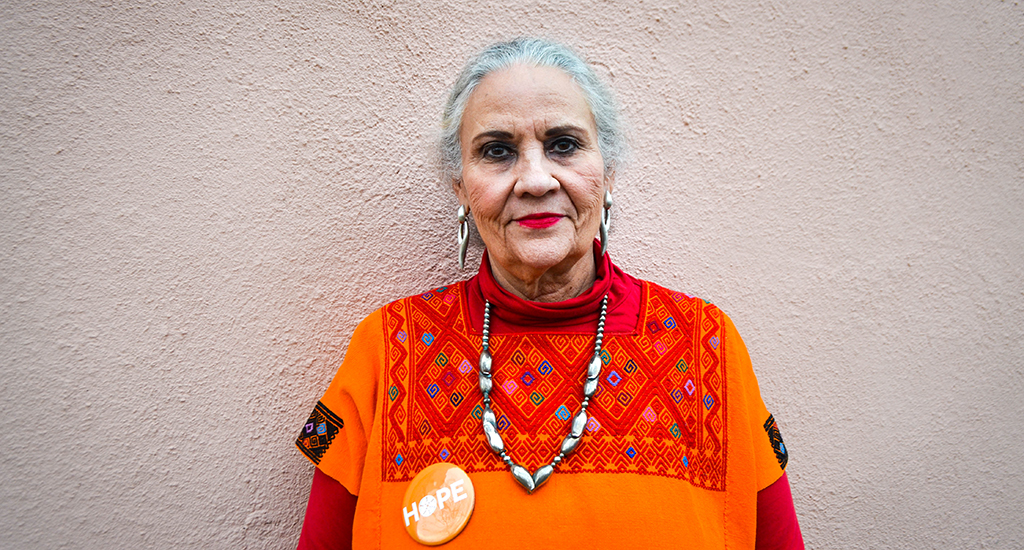 Denise Chávez fills a ceramic cup with steamy, aromatic café de la olla in the bright blue kitchen at her borderland bookstore, Casa Camino Real. The scent of orange rinds and cinnamon sticks fill the historic 1850s blush pink adobe building Casa Camino Real settled into six years ago in 2012. Located just over 40 miles north of the U.S.-Mexico border in Las Cruces, the Chávez family has lived this New Mexico city for as many generations back as they can remember. Casa Camino Real is an extension of their home.

The bookstore oozes with intention, ritual, and respect. Each room in Casa Camino Real honors loved ones, past and present. “I come from a Mexican tradition where rooms are named,” Chavez says. We are in Lupita’s room, but Frida’s room, John’s room, and Delfina’s room are mere steps away. The Philosopher’s Room, also known as the bathroom, is tucked behind her office. 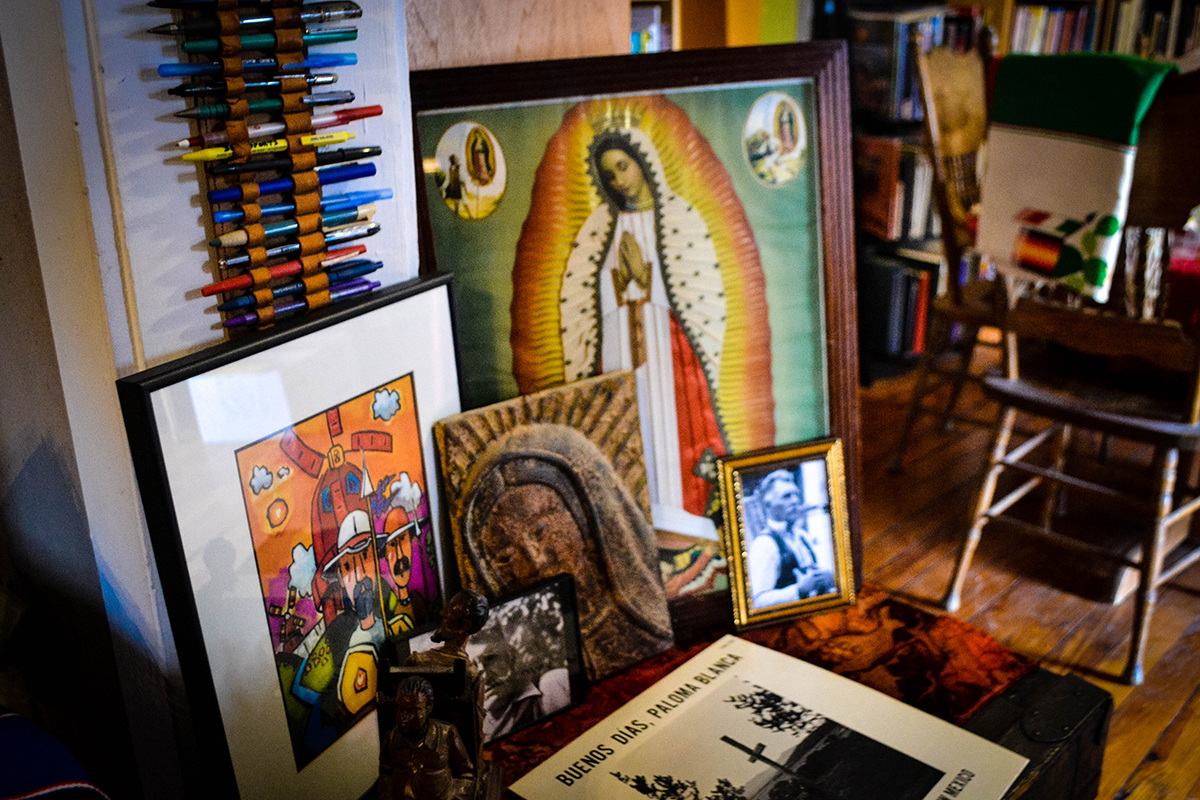 Chávez, an award-winning writer, is quick to voice strict regulations for how to handle books: one must use clean hands when holding them, cutting price tags is sinful, and, perhaps most importantly of all, books should never touch the ground. While she has dedicated her life to celebrating art in all forms, words and literature hold a special place.

Chávez’s love for books began in childhood at her father’s home library. “It was a delight to go in there,” she says. “I made library cards for many of the books.” At 8 years old, she decided she’d be an author and today, Chávez has written several books including the nationally-acclaimed title, Loving Pedro Infante, Face of Angel which earned a 1995 American Book Award, and, most recently, The King and Queen of Comezón which won a Latino Book Award in Fiction from the American Library Association in 2015. 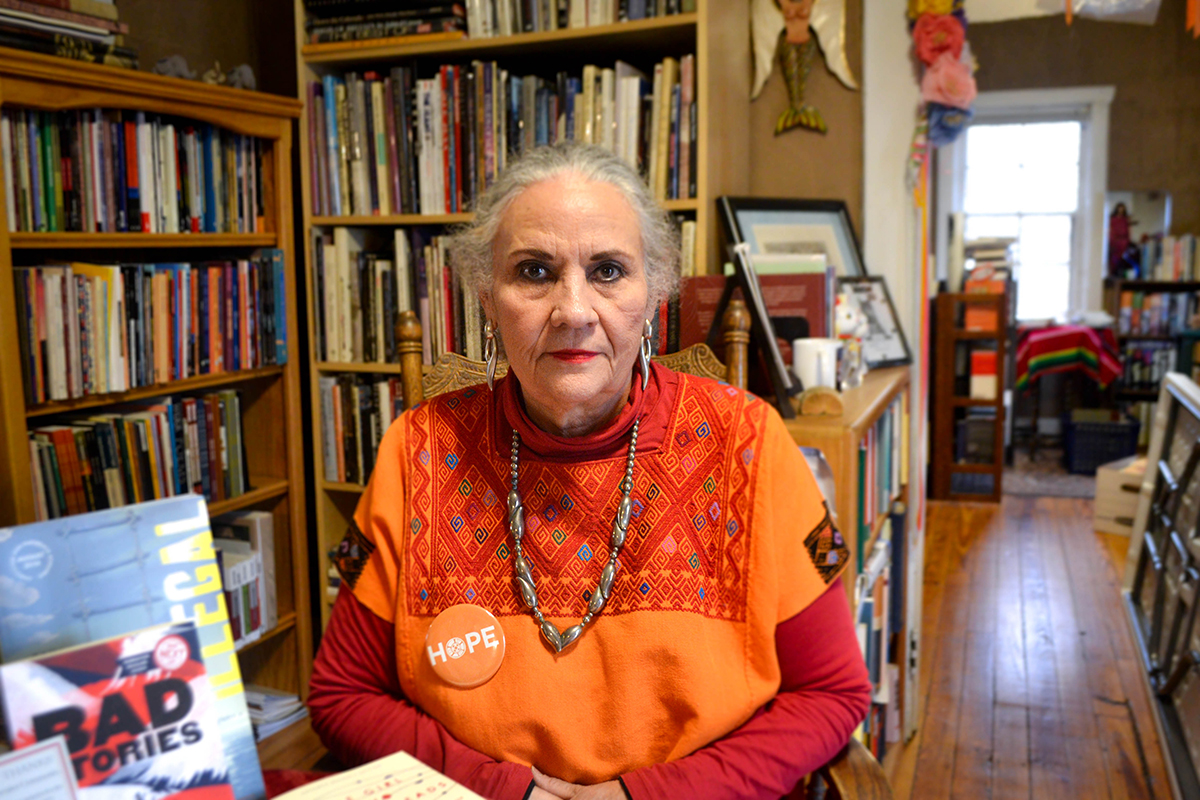 For over two decades, Chávez and her husband, Daniel Zolinsky, also ran the Border Book Festival in Las Cruces to share culture, literature, and art, and build community. It was the longest-running book festival in the state and, while headquartered in the nearby town of Mesilla, also offered books to the public before being priced out. Now, Chávez is making headway on a proposal she calls Museo de La Gente, or Museum of the People, alongside Zolinsky.

“The older you get, you have a [stronger] sense of transitory time. We’re not here for very long, so what is our legacy? What do we want to leave behind?” she says. “I grew up with a respect for people’s objects. My life is an extension of that.”

Museo de La Gente, although still in its early stages, will preserve the history and legacy of the Borderlands region by housing an extensive archival collection in literature, music, and art, with an emphasis on the contributions of people of color, Latinxs, and people from the Southwestern states. In addition to serving as a museum, the space will be open for community members to utilize for events, workshops, artist residencies, and more, all with a multicultural and multilingual approach. “[Museo de la Gente] is for everybody,” Chávez says. “It’s history—it’s our life. It’s [about] who we are and who we came from… I am a fusion of the two fronteras. [I] want to preserve the stories of those people who came before.” 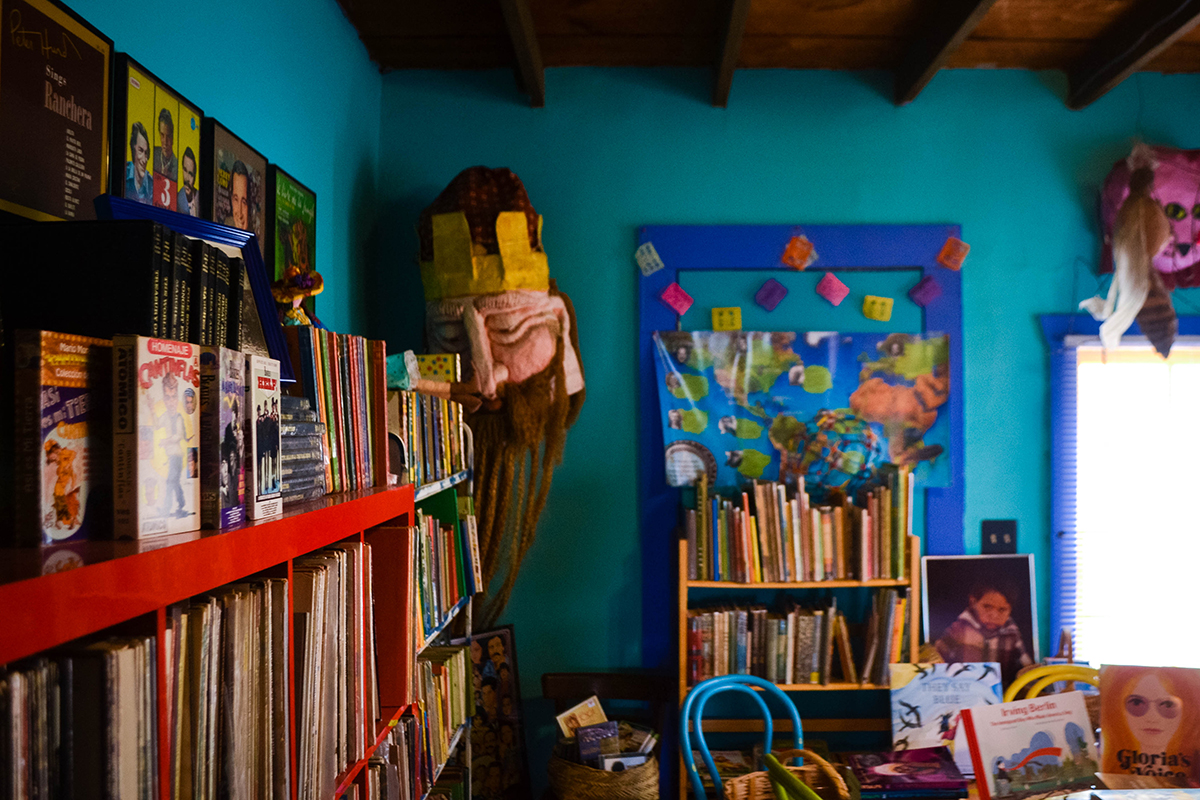 Chávez believes the museum, like books, will empower people and encourage unity through education and information. “I have a message that says, ‘Buenos dias [and] hasta luego,’ and [people] say, ‘You’re in America. Speak English,’” Chávez says. “Don’t think that this small gentle world over here that looks so deceivingly simple isn’t full of racists and struggle. You have to challenge people. [That will be] part of the museo’s legacy.”

Although she isn’t a formally-trained archivist, Chávez has been a lifelong collector of the arts and before a close friend passed away, he reportedly gifted Chávez over 130 boxes of books and records to kick start the initiative. The donation weighed nearly 5,000 pounds and combined with her own collection, Chávez says the unsorted materials number the thousands. 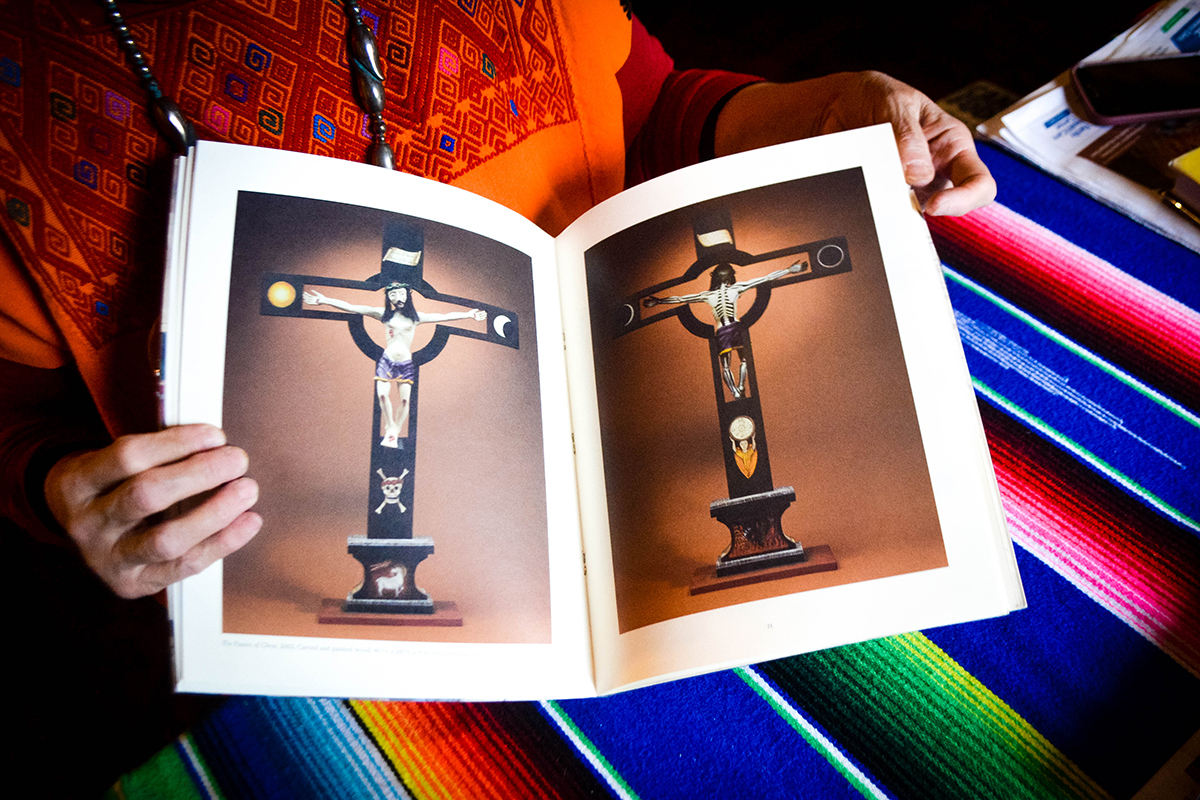 As Museo de La Gente continues to grow and develop, Chávez will need the support of her community to ensure the endeavor can come to fruition. She can’t do it alone and invites donors and serious interns interested in preserving history to reach out to her directly for ways to get involved. In the meantime, she says she will continue plugging away at the project and keeping her independent bookstore afloat, in its current location as well as online at Abe Books. “Everything is a cultural experience and an opportunity to share with people,” she says. “That’s what we do here. There’s always work to do but it’s fun, interesting, and exciting. When I get tired of moving around, me siento and I evaluate books.”

Emilly Giselle Prado is a Chicana writer, photographer, and library assistant living in Portland, Oregon. Her work focuses on amplifying the voices and stories of people from traditionally marginalized communities. When not writing or taking photos, she teaches writing and zine-making to students of all ages.

The Quietest Form of Displacement