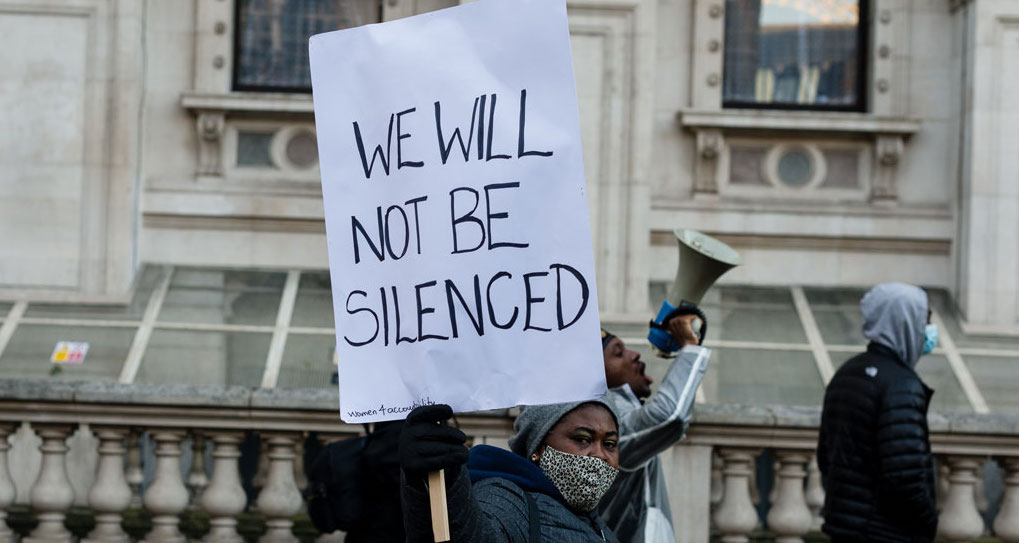 The horrifying scenes at the American Capitol on January 6th laid bare, to the country and the wider world, the immense damage-potential of unchecked untruths and conspiracies. Stirred up by falsehoods, old-style demagoguery and poorly designed memes, far-right insurgents from far and wide attempted to reclaim a “stolen election” by any means necessary. I sat glued to the TV screen, for the first time in months, as I watched with a kind of cold astonishment as rioters flooded into Capitol grounds, harassing and assaulting security officials who dared to interfere.

Early news coverage of the deadly violence at the Capitol described the events as un-American and reminiscent of so-called “third world countries.” While conveniently ignoring the United States’ long history of political violence at home and abroad, a bigger statement was being made about what kind of country America was or, more importantly, what kind it was not. We were told, in bold terms, that ”this (political violence) was simply un-American”.

This is a kind of traditional lie, much like the American Dream, that is at odds with lived reality. Countries are defined primarily by what they allow: whether it be anti-Muslim sentiment popularized after 9/11, the racist birtherism that nourished the campaign of the 45th President or the Anti-Semetic ramblings of Rep. Marjorie Greene. While projecting the events at the Capitol to influences from abroad might be appealing, it robs us of a crucial moment of self-reflection; an opportunity to not just link years of festering right-wing agitation and coddling by then-President Trump to deadly insurrection, but to gain a more realistic view of America.

It is hard to imagine the path to a better, more equitable America without a clear picture of what kind of country it is now. As a dual national, I am no stranger to the unique discomfort of gradually coming to really know a place one calls home.

I grew up in Lagos and have been fortunate enough to return almost yearly to reconnect with family, friends and what I like to consider my true self. One could say that whilst I knew of Nigeria, holding an idealist idea of what was allowed and what was not, I had not yet seen its face. In engaging with the reactions, justifications and absence of repercussions from the Lekki Toll Gate massacre, a deadly ‘altercation’ between unarmed protesters who sought to end police brutality and the Nigerian military, I saw the true face of home.

I have always had so much to say about the state of Nigeria, where it has been and the dangers that lay ahead, but have long felt hindered by a certain weight of hopelessness. Why bother? What will it change? Until the most recent EndSARS protests that sprung up in early October of 2020, this hopelessness and resulting apathy was something familiar to many Nigerians. It is a republic where decades of festering inequality, underfunded infrastructure and mismanaged national resources are cruelly coupled with violence at the hands of terrorist groups and state forces.

In the weeks that followed the protest of a notoriously murderous special police group, Special Anti Robbery Squad (SARS), there was a flicker of hope that perhaps real change was possible in Nigeria. It seemed during those heady October days, when the protests organically sprang up, that the power and voice of the people could finally beckon a new dawn of accountability in Nigeria. The youth-led protests called for lasting police reform, justice for those slain by the state and an end to endemic police brutality. The response to these calls was frozen bank accounts,  online smear campaigns and more state brutality.

To put an end to those faint hopes of a new Nigeria, unarmed protesters who draped themselves in their nation’s flag were shot with live ammunition at near-point blank range. In the immediate aftermath, the state government moved to deny the reports of multiple casualties, with the military tweeting soon after denying the presence of its servicemen at the Toll Gate despite video evidence suggesting otherwise.

You may ask yourself, how is this possible in a democratic state? Its simple—lack of accountability. If you are powerful (also read as wealthy/violent) enough, there are often no real consequences for criminality, no matter the severity. It is in the context of this reality that most Nigerian public and private life unfolds.

This lack of accountability rang true during the violent and deadly campaigns of colonization that brought modern Nigeria into existence. It is known that for the crimes of forced labor, exploitation and murder of Africans, no Europeans faced trial. It was also true in the various military regimes that followed Nigeria’s Independence. The senseless brutality of the Nigerian Civil War, an event that historians most recently described as a genocide, and the fates of slain activists and agitators like Kenule Saro-Wiwa and Dele Giwa all point to an era famous for its brutality.

The democratically elected governments that ushered Nigeria in the new millennium, with the landmark elections of 1999, promised a welcome departure from military rule and its authoritarianism. Life under the nascent democracy, spearheaded mostly by ex-military generals under “reformed platforms,” has not lived up to the lofty promises made at the turn of the last century. Threats to the free press, brazen armed abductions, and the rise and rise of extremist insurgency in the country’s Northern regions are the most visible fruits of this republic.

In truth, the feared military regimes were traded for a hastily-patched police state where accountability is rare and fleeting. A necessary reminder that political systems, as ambitious as they might be, tend to lead to unsavory outcomes without a grounding in accountability and consequence.

Many things set the early October protests apart from political rumblings of times past, the organic nature of its growth; spreading quickly across the country, the fact that it was primarily women-led, its use of social media platforms (teams of activists utilized Twitter to spot and provide support to arrested protesters) and cryptocurrency to boost and crowdfund protest efforts, and perhaps most importantly in that it demanded a departure from the suffocating status quo of unchecked state-backed brutality that so aptly defines Nigeria.

The dream remains, amongst Nigerians young and old, of a nation of consequence and true democracy; fuelled by a renewed hunger for justice. Young Nigerians started by calling out police brutality but ended up requesting, in reality, a new nation: one that is defined by justice that only true accountability can bring.  It is important to note that a certain clarity of perspective, seeing a country for its shortcomings, was vital for the spark of this new movement.

The second Senate impeachment trial of Donald Trump, a venture with the bold aim of bringing an inciter of a deadly riot to book, presented a unique opportunity to see what kind of country America really is. If the events that shook the world on January 6th were blatantly unAmerican, as it was told, it seemed only right to expect a strong rebuke of the inciter-in-chief. The predictable acquittal of a man who so blatantly placed political interest over public safety was as much political theatre as it was a clear indication of what is allowed in America.

The blueprint for a different outcome (a better, less-cruel America), not least inspired by brave young people a world away, is set in a social commitment to accountability even at great cost. Progress, liberty and real societal change are not naturally occurring phenomena, but outcomes that spring forth where the empowered many can truly hold the elected few to account.

The Artistic Expression of Central American Resilience and Resistance

Three Books To Read When You Need a Short Break