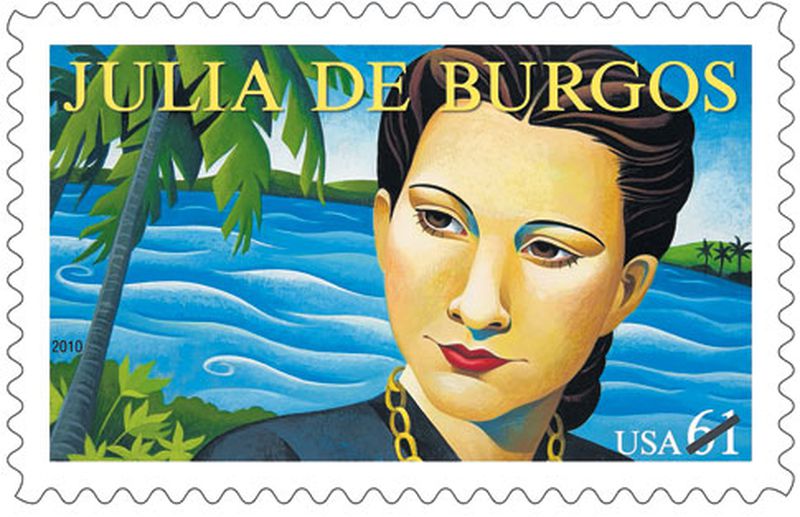 “You are merely the implacable, elegant lady;
Not I; I am life, I am strength, I am woman.
You belong to your husband, to your master; not I;
I belong to no one, or to everyone, because to all,
everyone,
In wholesome feeling and thought, I give myself.”

Poetry can feel allusive to many of us – its dreamlike quality, its sharp and poignant thoughts, its storytelling that interrupts narrative patterns of which we are so familiar. Poetry subverts our comfort more easily, it gets under our skin, it skips past our thoughts to tear directly at our emotions. A single poetic image can sit with us for weeks, haunt our dreams, or sit quietly in the back of our minds, often resurfacing in the oddest moments. The right poem can lift us out of our own monotony and shake the very mental foundation of our being, leaving us in a spacious silence where we exist alone with new thoughts and points of view. \

Famous American poet, essayist, and feminist Adrienne Rich believed poetry was a tool to “break open locked chambers of possibility, restore numbed zones to feeling, recharge desire.” Notable writer and civil rights activist Audre Lorde called it “a lens for focusing the quality of light by which we scrutinize our lives.”  And contemporary poet Elizabeth Alexander says that the artform is a fulcrum for raising the fundamental human question that so easily falls by distraction, indifference, and confusion: “And are we not of interest to each other?”

Which brings me to why I believe Julia de Burgos is of tantamount importance to our history, and a name we should all know.

Predating the Nuyorican poetry movement and the Puerto Rican Nationalist movement, de Burgos’ poems were rich with themes of blackness, nationalism, feminism, and social justice. In a profile for Ms. Magazine’s blog, Vanessa Perez Rosario states, “De Burgos was an ambitious and brilliant woman who worked diligently on two fronts—to establish herself as a writer of international acclaim and to eradicate injustice. Her feminist politics and her Afro-Caribbean ideas allow us to read her as a precursor to contemporary U.S. Latina/o writers.”

Julia Constanza Burgos Garcia is widely regarded as Puerto Rico’s greatest poet and – along with Chilean poet Gabriela Mistral – as one of the two greatest female poets in Latin American history. Her life had all the intensity and tragedy culturally associated with the greatest artists, ending with her anonymous death at the young age of 39 in the streets of New York City.

The eldest of thirteen children, de Burgos was born in Carolina, Puerto Rico. Although her father worked for the National Guard and farmed near the town where she was born, the family later removed to the barrio of Santa Cruz. De Burgos grew up on the banks of a major branch of the Rio Grande de Loiza and attended the University of Puerto Rico High School thanks to donations from local townspeople.

An Afro-Latina, Burgos’ African heritage is now unknown to many due to the whitening of her image but, unlike some Puerto Ricans of her era – particularly the light-skinned brown elites, Burgos did not reject her black skin or African lineage. In “Ay, ay, ay de la Grifa Negra,” Burgos asserts her race, albeit, in complicated ways. Contemporaries, including poet Clemente Soto Vélez, used to describe her features as “cinnamon-colored” and referred to her as a trigueña (Puerto Rican slang for fairer black person); and the US census of 1910 labeled her mother, maternal aunts, uncles and grandparents, “mulattos.”

“Black chunk of black in which I sculpt myself,
ay, ay, ay, my statue is all black.
They tell me that my grandfather was the slave
for whom the master paid thirty coins.

She went on to earn a teaching certificate at the University of Puerto Rico and worked as a teacher at the Barrio Cedro Arriba in Naranjito.

During her early years as a teacher, de Burgos became reacquainted with the social problems and poverty that had haunted her own childhood and began to reflect on issues of social justice and needed economic reform. In 1934, she married Ruben Rodríguez Beauchamp, a match that essentially ended her teaching career but she didn’t let the pause in her work detract from the path she was on. During the three years of her marriage, de Burgos sharpened her social conscience by working at a publicly run day-care center managed by the Puerto Rico Emergency Reconstruction Administration. Simultaneously, she honed her writing skills by writing educational plays and songs for radio broadcast by the Puerto Rico Department of Education’s Escuela del Aire.

In 1937, the same year her marriage to Beauchamp ended in divorce, de Burgos saw her first volume of poetry, Poemas Exactos A Mi Misma, privately published. Around that time, she began adding “de” before Burgos as a defiant feminist act to reclaim herself.

She also joined other Caribbean writers in a literary protest against European colonialism and its denigration of African culture. Négritude, as the movement was called, promoted the idea that artists of African descent must look to their African heritage for inspiration rather than relying on Western traditions and aesthetics.

She went to New York City and began working as a journalist, but her time was short lived. Late in the year, she fled the city with her new lover, Dr. Juan Isidro Jiménez Grullón, and went to Cuba. There she continued to write for newspapers. They lived there for two years, she spent her time writing and got a graduate degree in literature and philosophy at the University of Havana.

After the end of the romance, she went back to New York. Unfortunately, the breakup of her relationship greatly depressed de Burgos and she neglected her writing in an attempt to find work. She found temporary employment working for an optician and as a secretary. She also married again, choosing for her second husband a fellow poet, Armando Marín. where she After which she found support for her poetry from the Circle of Ibero-American Writers and Poets and served as the art and culture editor for the Spanish-language socialist weekly newspaper Pueblos Hispanos.

Burgos expressed solidarity with Harlem’s African Americans during that time and participated in cultural, literary and political events that affirmed her staunch support for social justice.

Most of the work she published during this period was journalism, especially editorials and interviews. In 1946 the Institute of Puerto Rican Literature awarded her another prize for “Ser o No Ser La Divisa,” an editorial she wrote for the journal.

In the late 1940s, during the final years of World War II, she lived and worked with her husband in Washington, DC. In 1946, de Burgos was diagnosed with cirrhosis of the liver due to years of alcoholism. She also developed a papilloma on her vocal cords. As her physical health continued to deteriorate, she became a bit of a recluse, which combined with illness led to a deep deterioration of her mental health.


Even the approval for publication of a new collection of poetry, El Mar y Tú y Otros Poemas, failed to raise her spirits. The papilloma in her throat was removed in 1952, but her health was so poor she had to stay in Goldwater Memorial Hospital in New York City through the first months of 1953. Letters she wrote to relatives and poems at this stage in her life speak of a person obsessed with death and possibly suicide.

“Life was somewhere forgotten
and sought refuge in depths of tears
and sorrows;
over this vast empire of solitude and darkness.
Where is the voice of freedom,
freedom to laugh,
to move
without the heavy phantom of despair?
Where is the form of beauty
unshaken in its veil, simple and pure?
Where is the warmth of heaven
pouring its dreams of love in broken
spirits?

It has to be from here,
right this instance,
my cry into the world.
My cry that is no more mine,
but hers and his forever,
the comrades of my silence,
the phantoms of my grave.”

From Farewell from Welfare Island

By the middle of 1953, de Burgos was finally released from the hospital and went to live with friends in Harlem. The last letter her family received from her was dated June 28 of that year.

A month later she disappeared.

Later it was revealed that she had been discovered unconscious on the street and taken to the Harlem Hospital as a Jane Doe where she died. The coroner’s certificate indicated that the cause of death was a pulmonary condition. Because she died anonymously and there was no way to identify her at the time, her body was buried in New York’s potter’s field.

A month after her death, the coroner’s photograph of her body finally led to her identification.

De Burgos’s husband’s friends launched an effort to have her body moved back to Puerto Rico for burial. Many important Puerto Rican officials, including Margot Arce Vázquez and Juan Avilés, formed a committee to expedite the process. Her body returned to the island and was given a Christian burial in the municipal cemetery at Carolina on September 6, 1953.

Writing in the 1930s through the 1950s, de Burgos was ahead of her time in grasping connections between history, the body, politics, love, and feminism that would later prove to be the foundations for writers like Adrienne Rich and Sylvia Plath. De Burgos’s poetry also used images of love, sex, and death in ways that are very similar to other Latin American poets, including Pablo Neruda, but she mixes these images with the pain of her own life and upbringing that bring a quality to her work unique to the time and specific to her lived experience.

While her life ended in tragedy, and all too often the tragic-victim narrative has claimed her life story, she was a complex and interesting artist with cultural awareness well beyond her time, a champion for civil rights, and a beautiful writer of international acclaim. Much more than for her death, she should be remembered for her life.

Poetry can feel allusive to many of us – and so it is rare for a poet to become a cultural icon at the forefront of the zeitgeist. That spot tends to be reserved for the more accessible artists. And yet, Julia de Burgos broke through then and her legacy should speak to that now.

The Sea and You

The stroke of the sea upon my door
is blue sensation between my toes,
and your impetuous leap through my spirit
is no less blue, an eternal birth.

All the color of awakened aurora
the sea and you swim to my encounter,
and in the madness of loving me
until the shipwreck
you both go breaking the ports and the oars.

If I just had a ship of seagulls,
and could for an instant stop them,
and shout my voice that they fight
in a simple duel of mystery!

That one in the other might find
his own voice,
interweave their dreams in the wind,
bind stars in their eyes
so that they give, united, their beams.

May there be a duel of music in the air
the opened magnolias of their kisses,
that the waves dress in passions
and the passion dress in sailboats.

All the color of awakened aurora
may the sea and you expand it into a dream
that it carry my ship of seagulls
and leave me in the water of two skies.