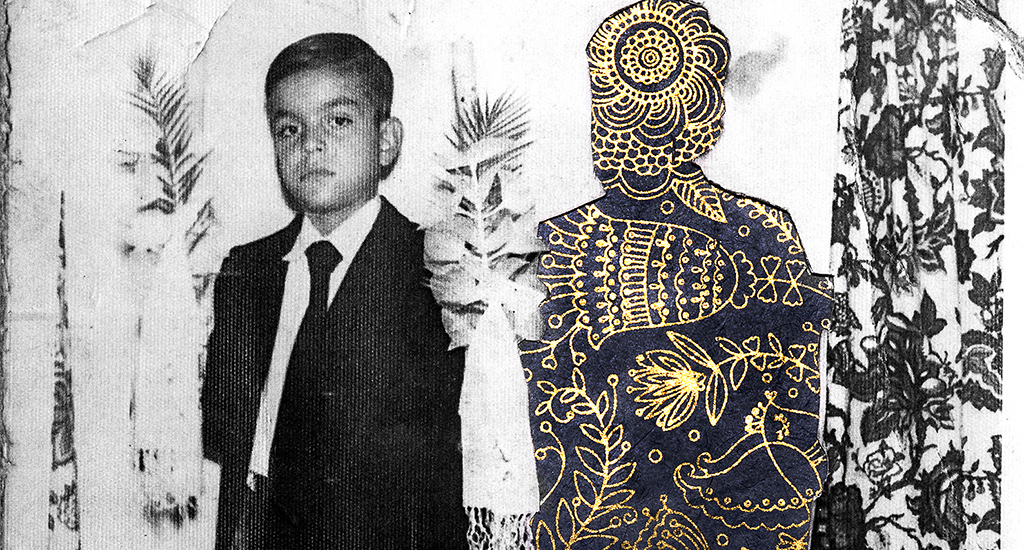 Artwork courtesy of the artist

The Brooklyn-based artist, Antonio Pulgarin, was born in New York to Colombian parents in 1989. For the past two decades he has dedicated himself to taking photographs in his Brooklyn neighborhood and the Dominican Republic that explore how identity is manufactured through constructs of gender, race, sexuality, and citizenship. His work challenges reductive notions of men of color in the media and delves into the performative aspects of sexuality that both men and women take part in when faced with a camera lens.

Pulgarin was one of this year’s En Foco Fellowship Recipients for his newest body of work, a series of mixed-media collages inspired by images of his uncle and father titled Fragments of the Masculine. Here, we spoke to Pulgarin about growing up surrounded by an archive of hypermasculine father figures, machismo, and finally being able to take ownership of his own narrative as a gay Latinx man. 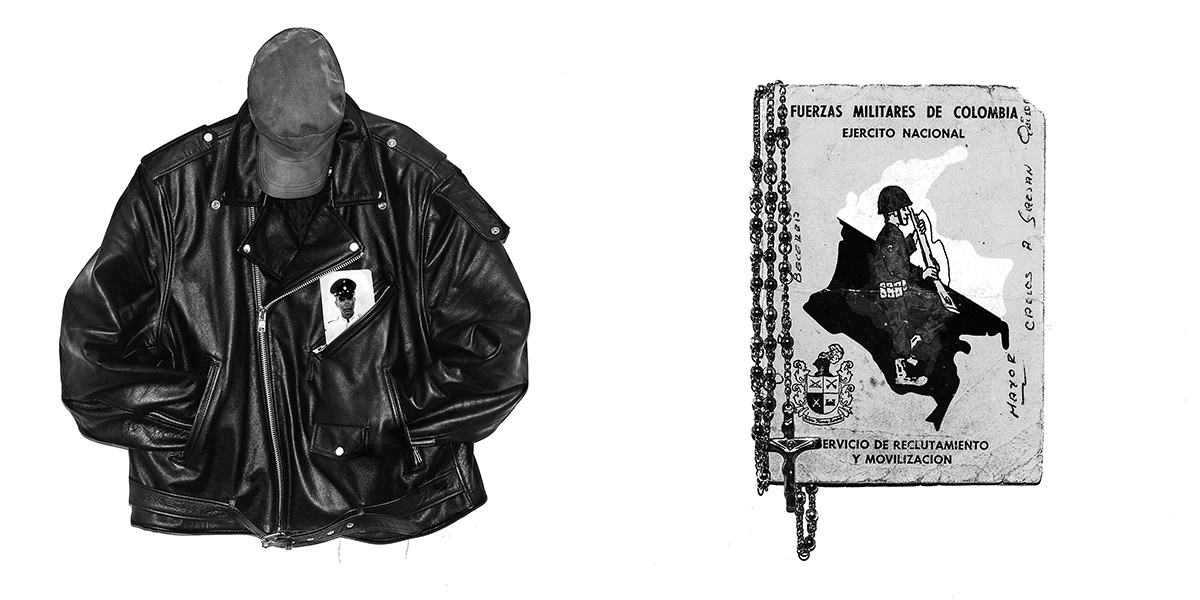 The interview was condensed and edited for clarity.

BESE: Your work seems to deal a lot with personal memories and a Colombian identity. Did you grow up in Colombia?


Antonio Pulgarian: No. My biological father is from Cali and my mother’s side of the family is from Bogotá, but I was raised here in New York where Latino ideas of masculinity informed a lot of my cultural upbringing. My mom married a Dominican man and he took me to the Dominican Republic a lot growing up, which did a lot to inform my ideas about Latin American identity.


I first got into photography in middle school. Our middle school gave us two choices for art class: traditional drawing and painting and a photo darkroom class. My mom, because she drew, wanted me to take the traditional drawing class, so naturally I took photo. And I fell in love with it. I started shooting film in the darkroom, continued studying it in high school, and then went on to major in Photography at the School of Visual Arts. 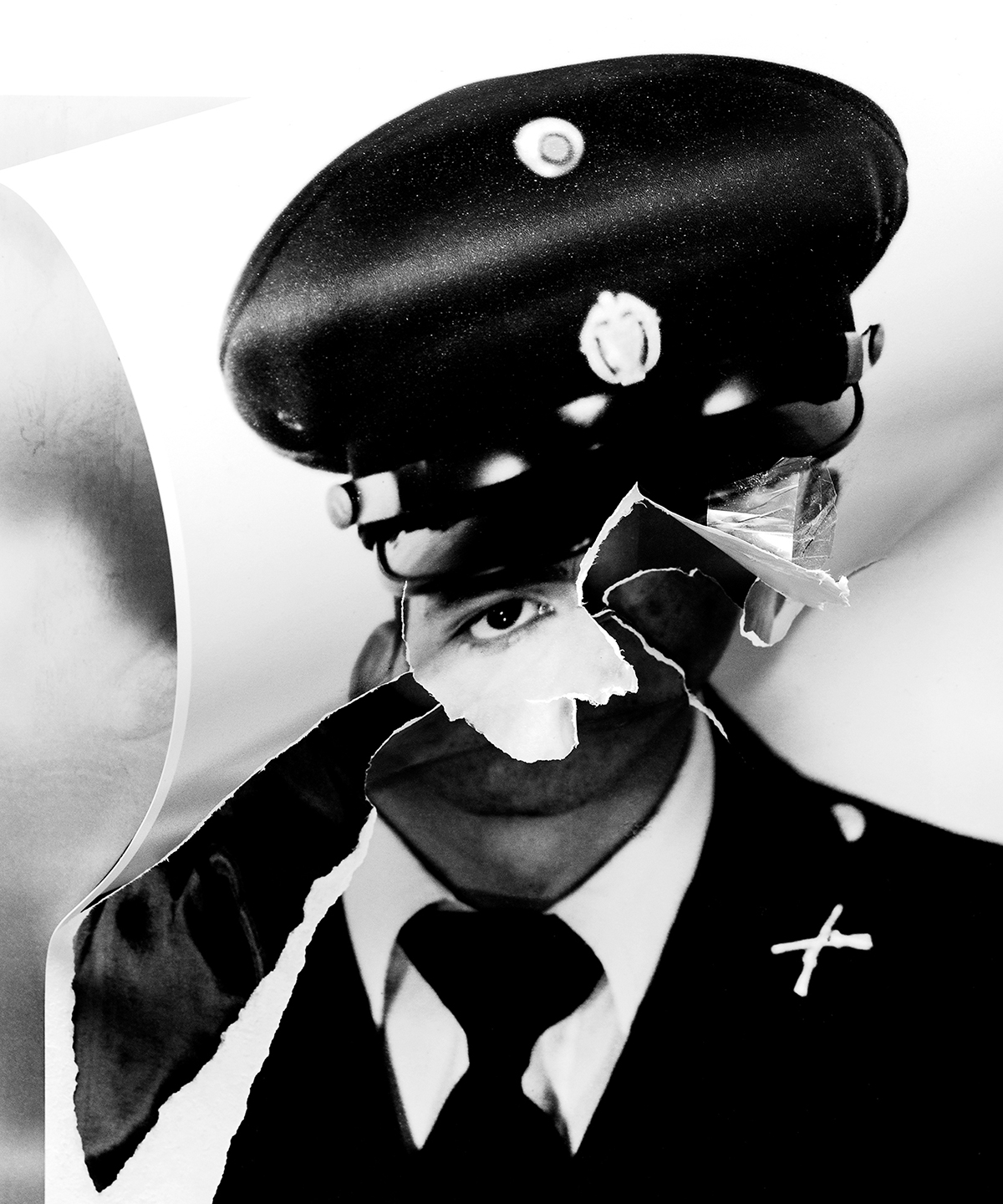 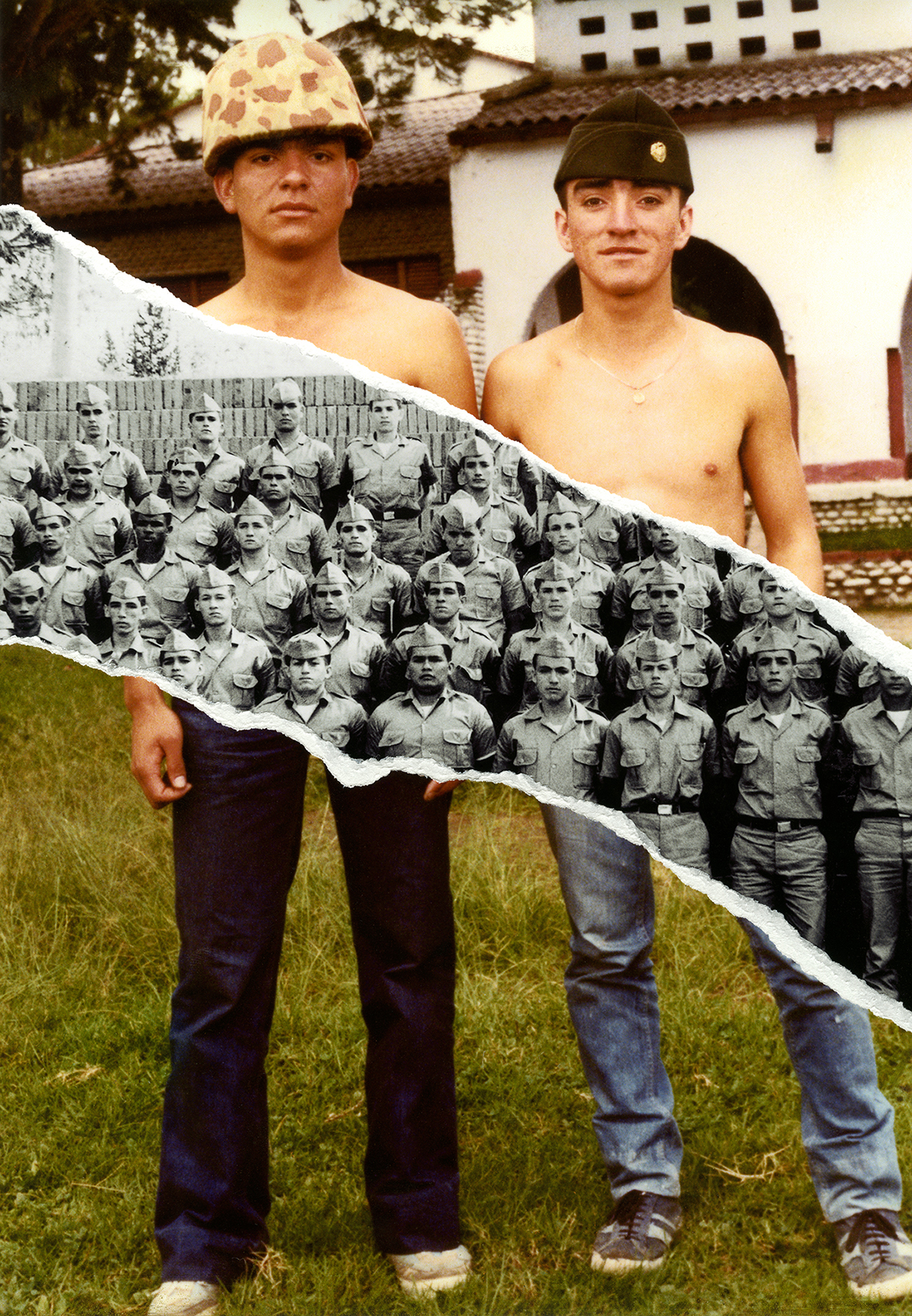 Your earlier work is almost exclusively photography. What drew you to portraiture and who are the subjects you photograph in series like Welcome to Wyckoff Gardens?

I’ve always been intrigued by people. Even when I didn’t have a camera, I would always study people’s faces and try to imagine what was happening in that person’s day. That started informing how I approach photography and why I was initially intrigued by portrait photography. When I started taking photography more seriously in high school, I started photographing who I thought where the sort of celebrities of our neighborhood in the housing projects of Wyckoff Gardens. They weren’t the people you would see on the cover of People Magazine, but they were celebrities to me.

I photographed the neighborhood police officer who everyone knew. Her name was Maria and she was my mother’s best friend. After she finished one of her shifts, she let me into her home and I remember that before she took off her uniform she slipped off her work shoes and put on her casual sneakers. As she was getting ready to switch out of her uniform I was like, ‘Wait, can you just stay like that?’ I thought there was something really interesting about the combination of wearing professional garments and casual clothes in an intimate space. I had her sit on the edge of her bed when I photographed her and there was a vulnerability that contrasted with the tough, ‘go-get-em’ person we saw publicly in the neighborhood. Seeing her let down her walls made me realize there’s something I do through the viewfinder that’s special and got me excited to keep photographing. 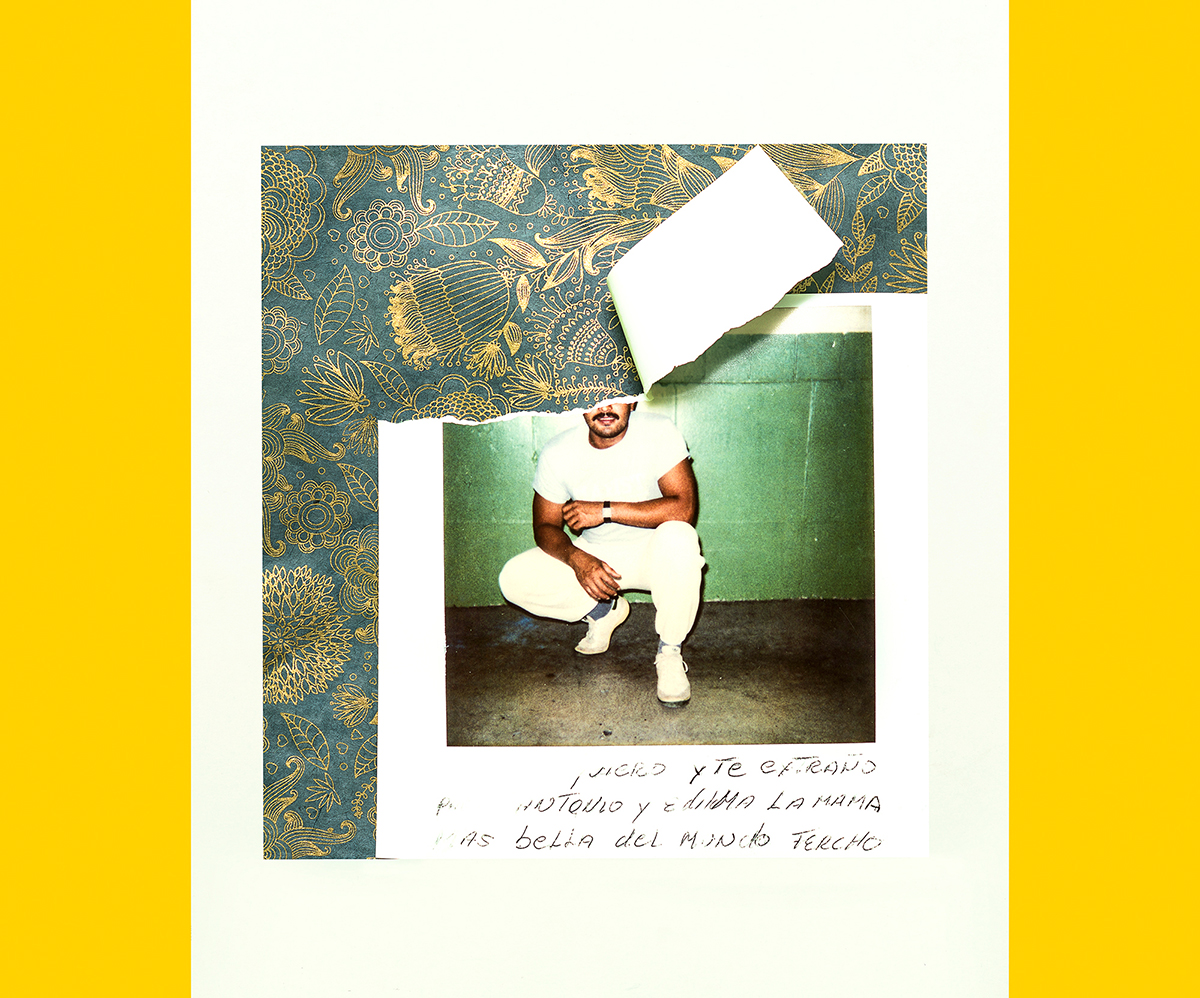 Were you still shooting analog?

I was. When I started at School of Visual Arts I continued analog and started experimenting a little more with digital. My work practice now is a balance of the two. I can never leave analog and those traditional practices because they’re very much the foundation of my work and my education.

Talk me through your new works, Fragments of the Masculine.

It was at a point in my creative process when I was getting a little tired of taking portraits. I wanted to find new ways to document the culture that I grew up with and new ways to tackle my own narrative.

I was named after my uncle, who passed away in 1987. I grew up with an archive of photos of him and with references from my family about mannerisms of mine that were reminiscent of this man I had never met. So I began looking back at this archive and noticing the way that he felt he had to depict himself in photographs, like a sort of machismo that he turned on when a camera was on him. As I started searching for more photos of my uncle, I came across a series of polaroids that my biological father had sent to me when he was in prison in New Jersey. It was like he was saying, ‘I can’t be there to father you, but I can show you through these photos the man that I expect and want you to be.’ Which I don’t think I ever lived up to. I started recontextualizing these images into this new body of work last year. 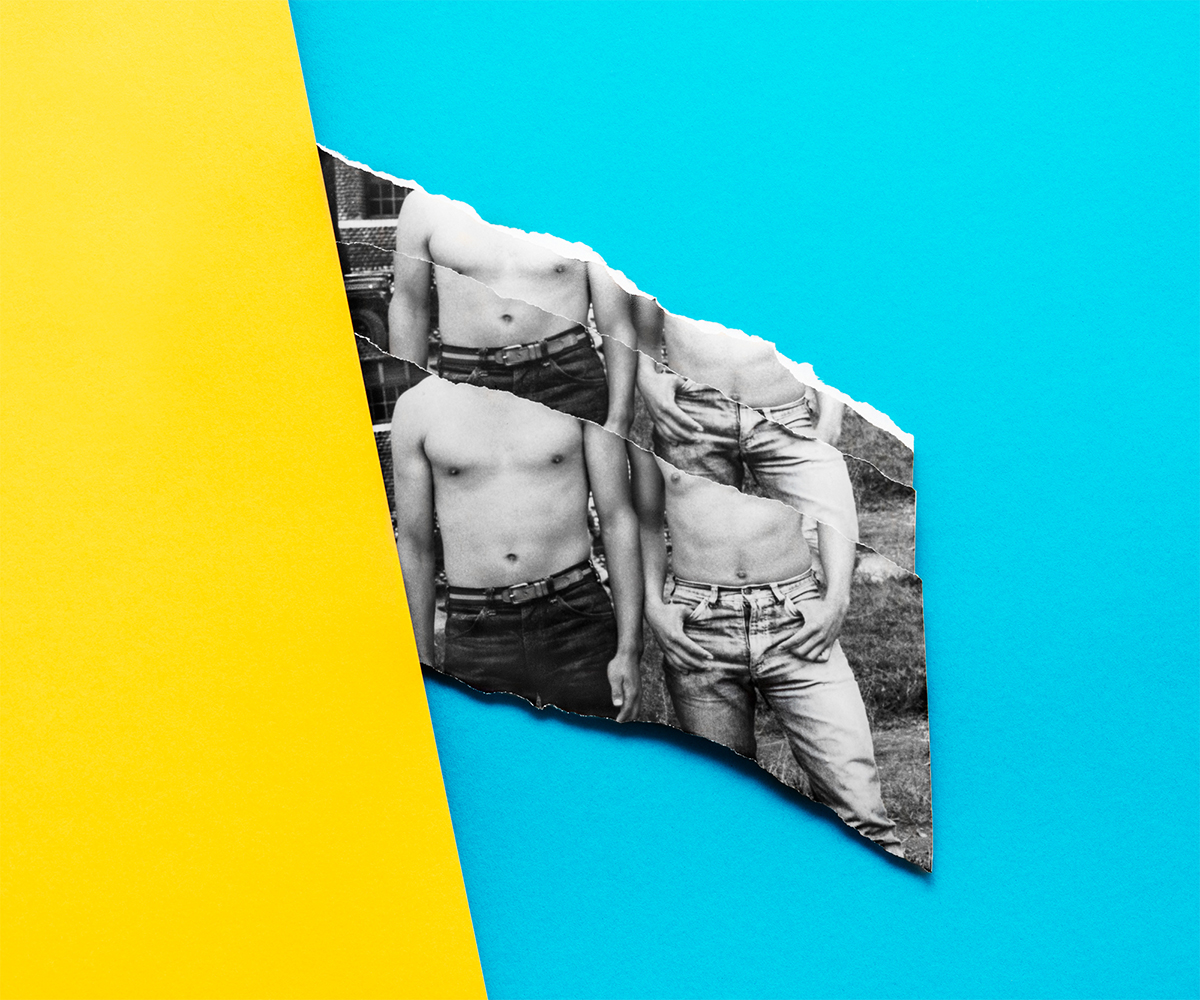 In scratching off the face of your father from many of these photographs it also seems you are rejecting the trope of the hypermasculine Latin American macho man. What was your own experience like with masculinity growing up?

When I started making this body of work it was about me resolving something within myself. And looking at the finished pieces together I realized it wasn’t just about deconstructing my relationship to these men but about deconstructing what my relationship to these men says about masculinity more broadly. I was challenging the blueprint that’s existed for centuries about what it means to be a man in Latin America. Coming to terms with my sexuality as a gay Latino man was a big part of my journey because being Latinx and queer is inherently a political statement. The second I walk out my door, I’m going against the very fabric of what our culture has taught us to be. Living that truth took a long time for me and this work surely gave me a newfound confidence in accepting my narrative. 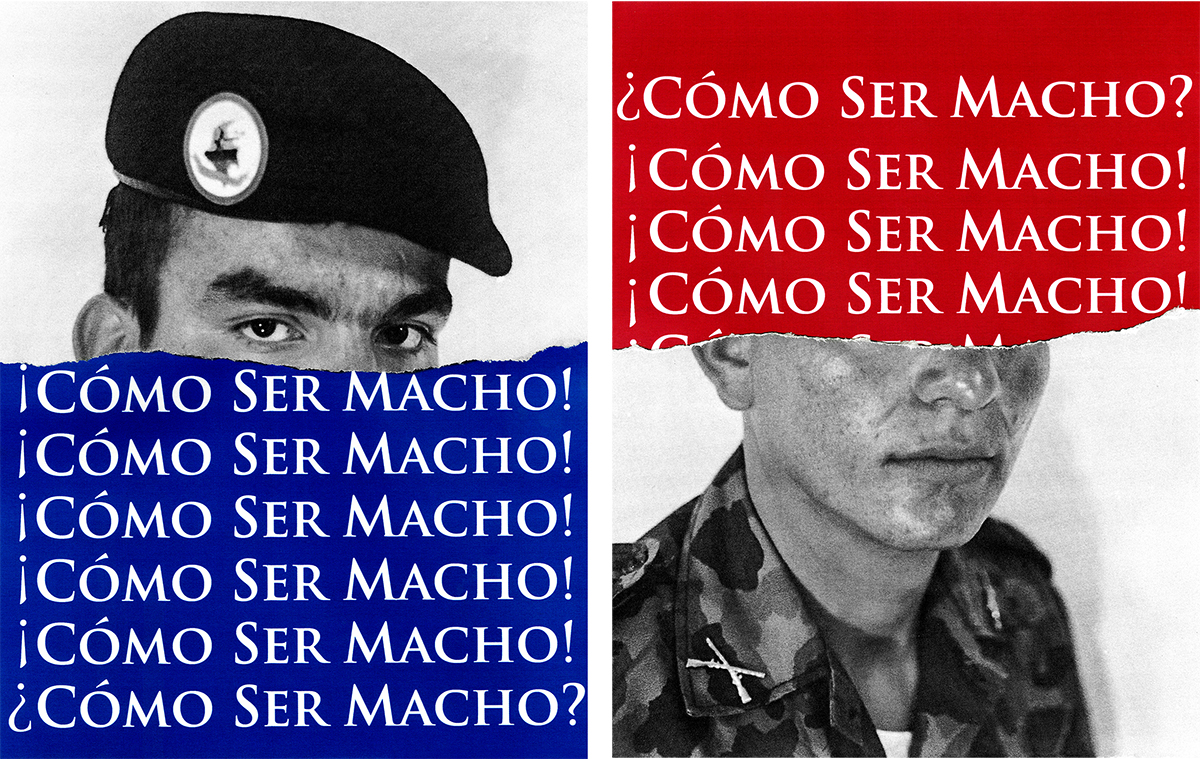 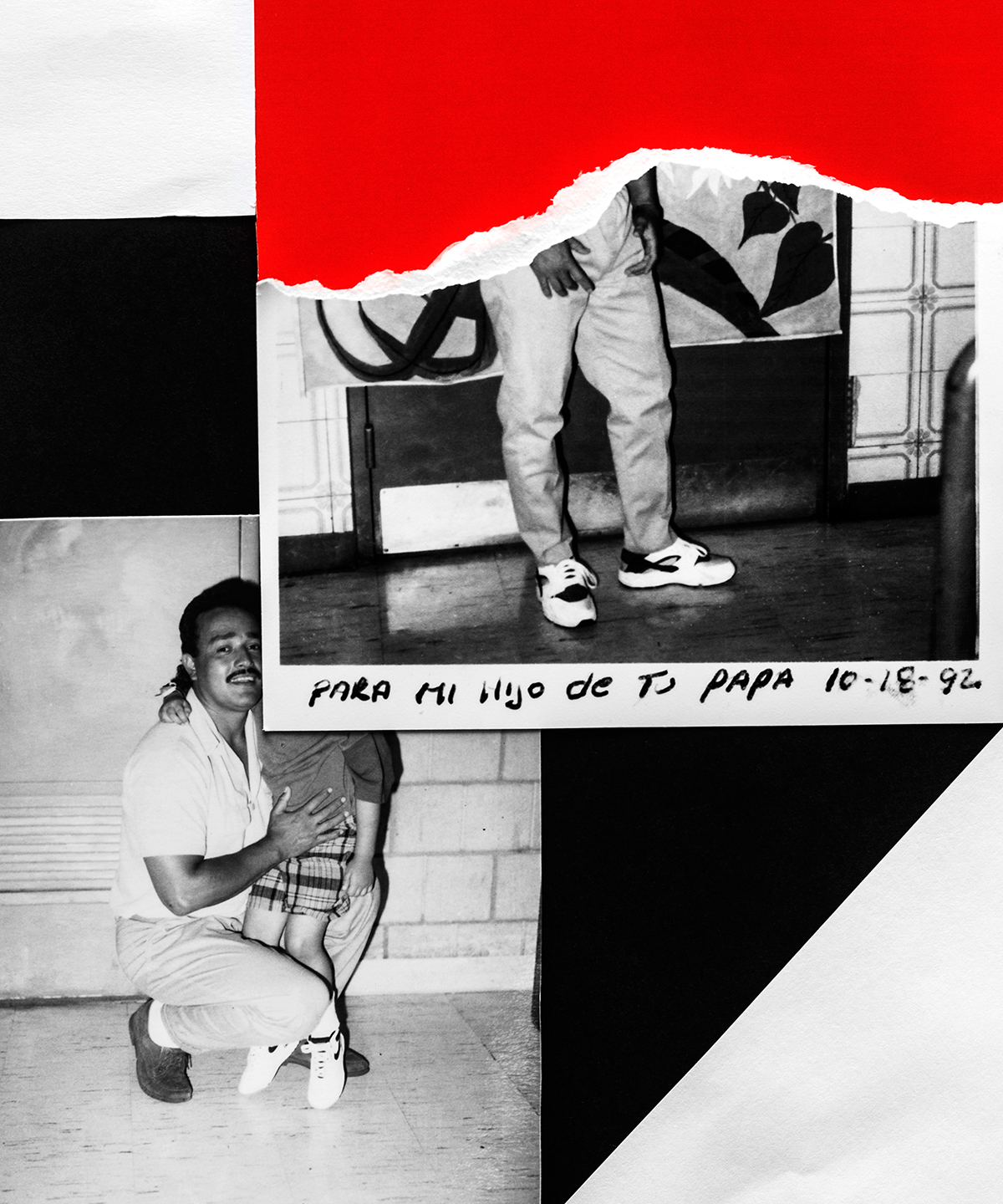 Are the images in these pieces original photographs?

No, they are all either re-photographed or scanned. The only original image I actually tore is the photograph of my father in the piece with the red mesh. This work is actually made up of two different photographs, one of me and one of my father, where we’re both in eerily similar settings and in the same stance.

I’d had a long night of creating and I was sitting there, looking at that image of myself looking so similar to a man I’d never felt connected to and without me realizing it, I ripped the image of my father clearly in half. I happened to have this red meshing which perfectly symbolized the fragmentation of our relationship in spite of being bound by blood. 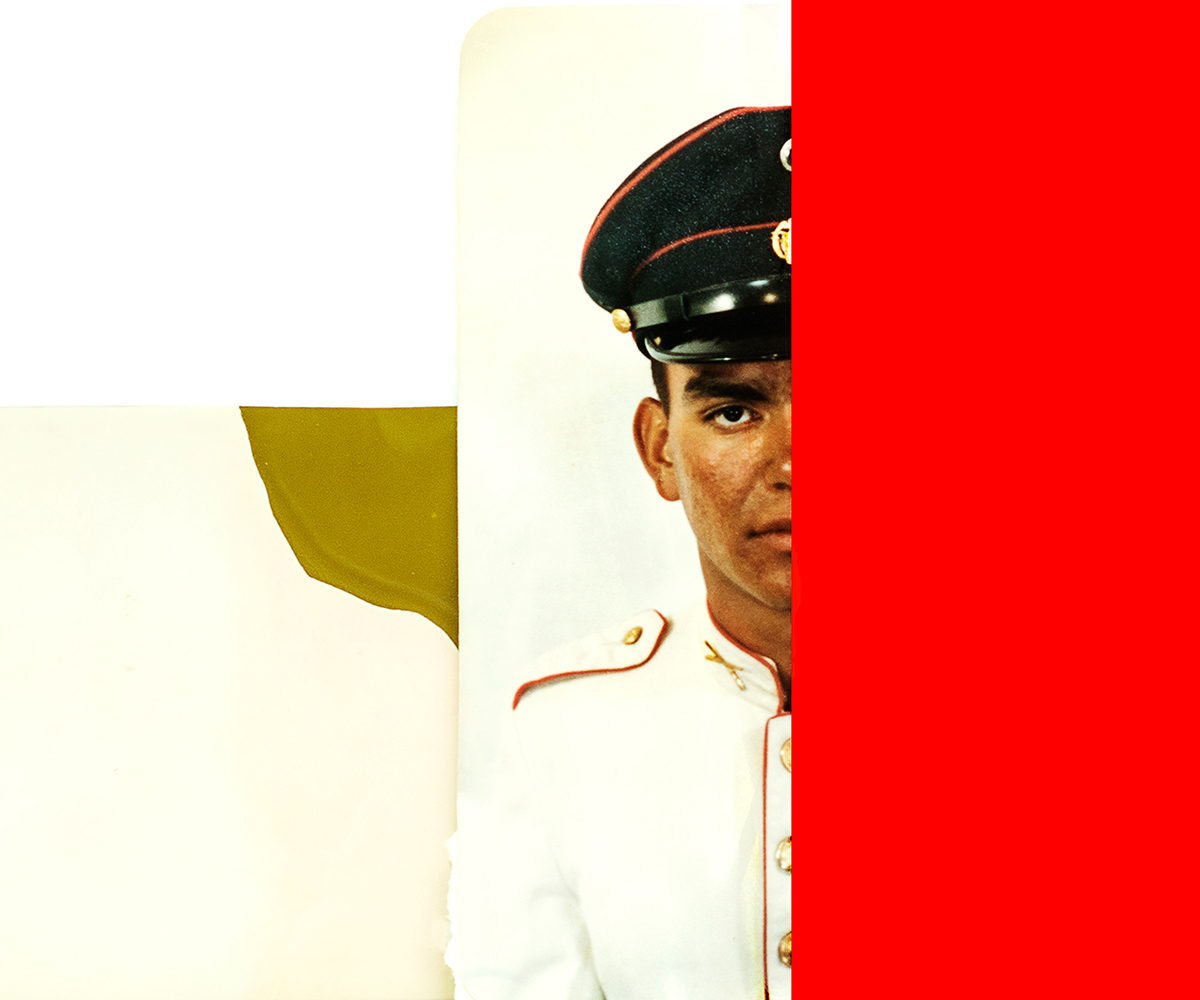 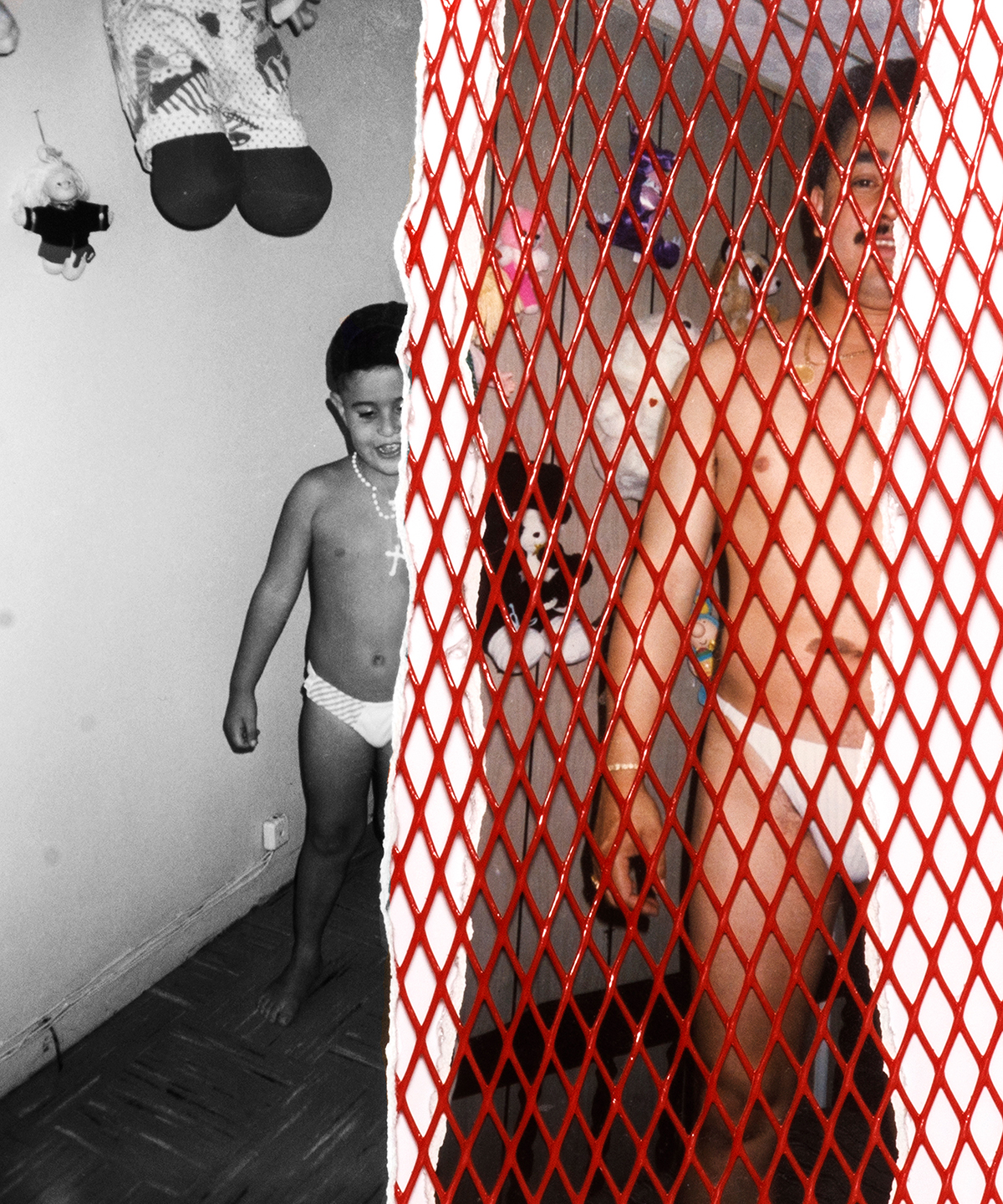 Can you talk about the symbolism behind the military and prison imagery in this body of work?

The military and prison imagery for me represent the two extreme spectrums of machista culture in our community. On one end, the military is seen as this plateau of success and respect both within the masculine context but also within a wider sense of patriotic achievement. And on the other end is the prison system, which is something that is so present in our lives because of the high percentage of Latinos incarcerated, sometimes wrongly. It’s either you can uphold the machista flag to success or failure. There is no middle ground, no gray area. And I think they can both be dangerous equally in a way. 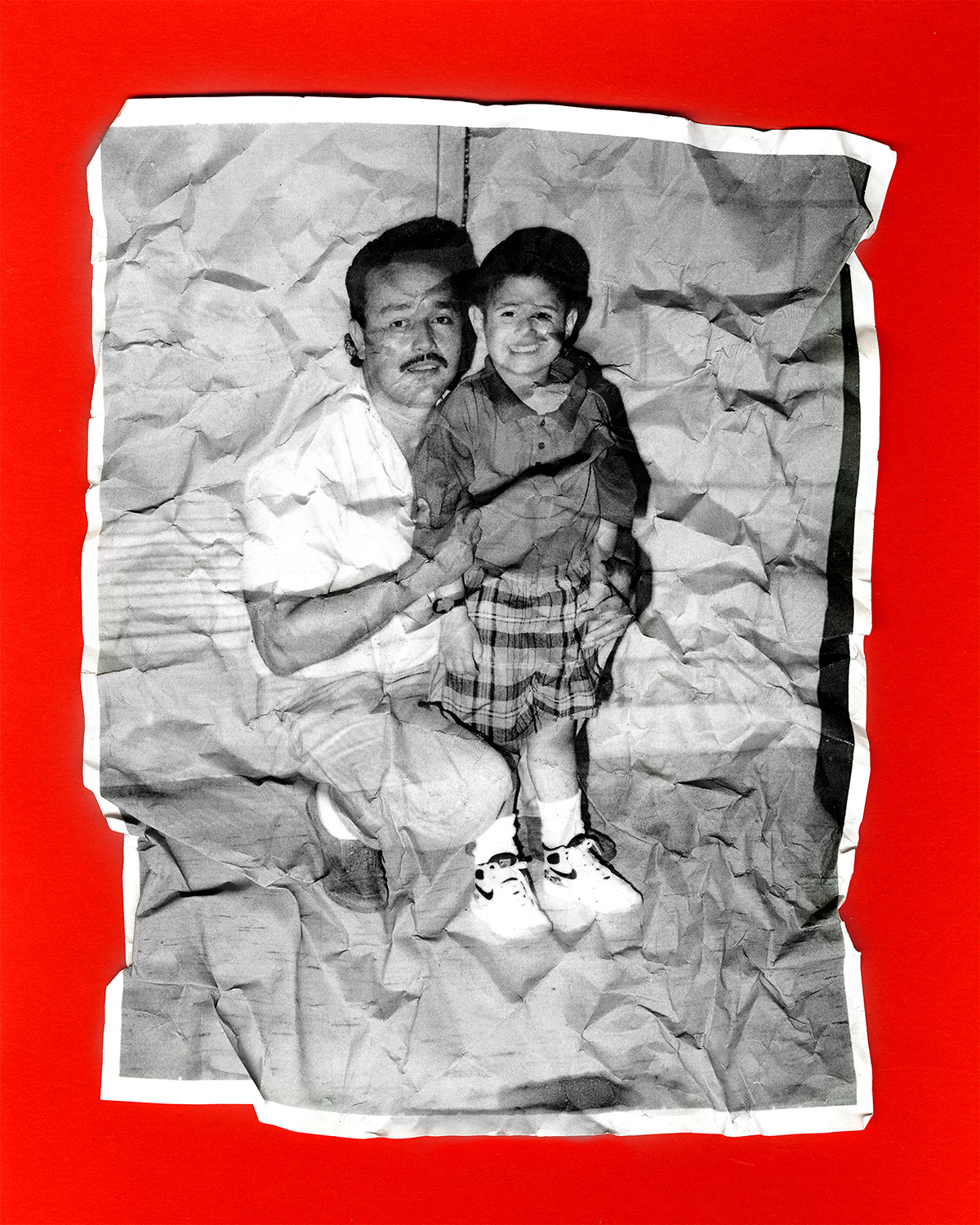 Is this an ongoing project?

Yes, there are a few piece left of my biological father and my uncle but the next phase of the project will be my stepfather. I’ve already started collecting an archive of images from his upbringing, which I’ll incorporate with portraits of him — a combination of where my art practice is now and where my art practice has been. It’ll be interesting to see how the pieces all talk to one another. For a long time, the construct of masculinity was unquestioned. I realize that my narrative is not a unique one and yet the effects of toxic masculinity in Latino cultures are rarely discussed. I just want to do my part in keeping the conversation going.

‘Fragments of the Masculine’ is on view at the 2018 En Foco Fellowship Exhibition through July 6 at the Andrew Freedman Home in the Bronx.

Be You: Sailor Gonzales