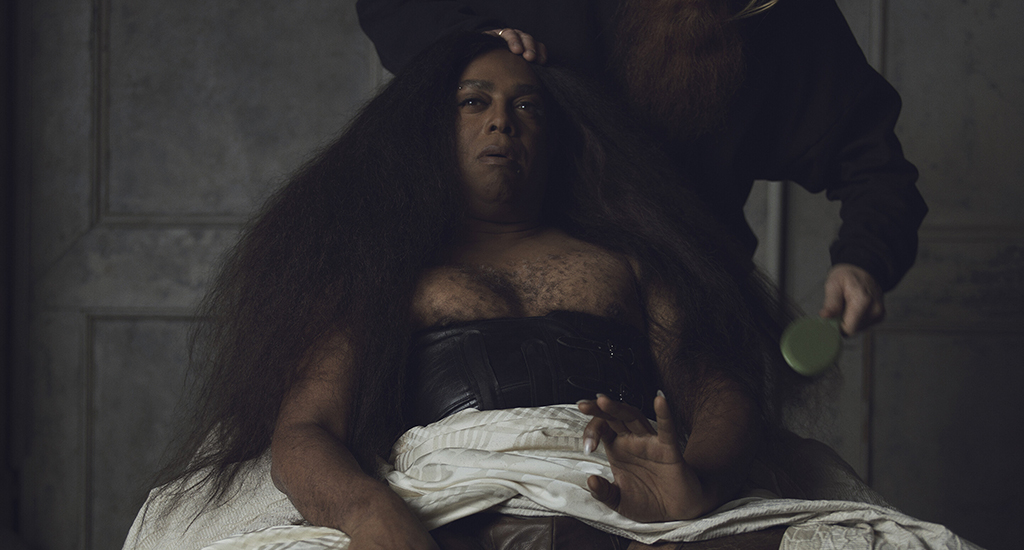 “I want to make black cinema with the power, beauty, and alienation of black music. That’s my big goal. The larger preoccupation is how do we force cinema to respond to the existential, political, and spiritual dimensions of who we are as a people,” Arthur Jafa told Interview Magazine in 2017. The artist, cinematographer, photographer, and sculptor has been pushing a black-centric view of American culture for a good part of the last three decades.

Jafa, who is 57 and based in Los Angeles, formally trained as an architect before becoming a filmmaker. His first venture into cinematography was Julie Dash’s Daughters of the Dust (1991), the first film by an African American woman to be distributed in the U.S. and a seminal influence on Beyoncé’s “Lemonade.” Spike Lee’s Crooklyn, Stanley Kubrick’s Eyes Wide Shut, and Solange’s “Cranes in the Sky” are a few other big-name productions the artist has under his belt. 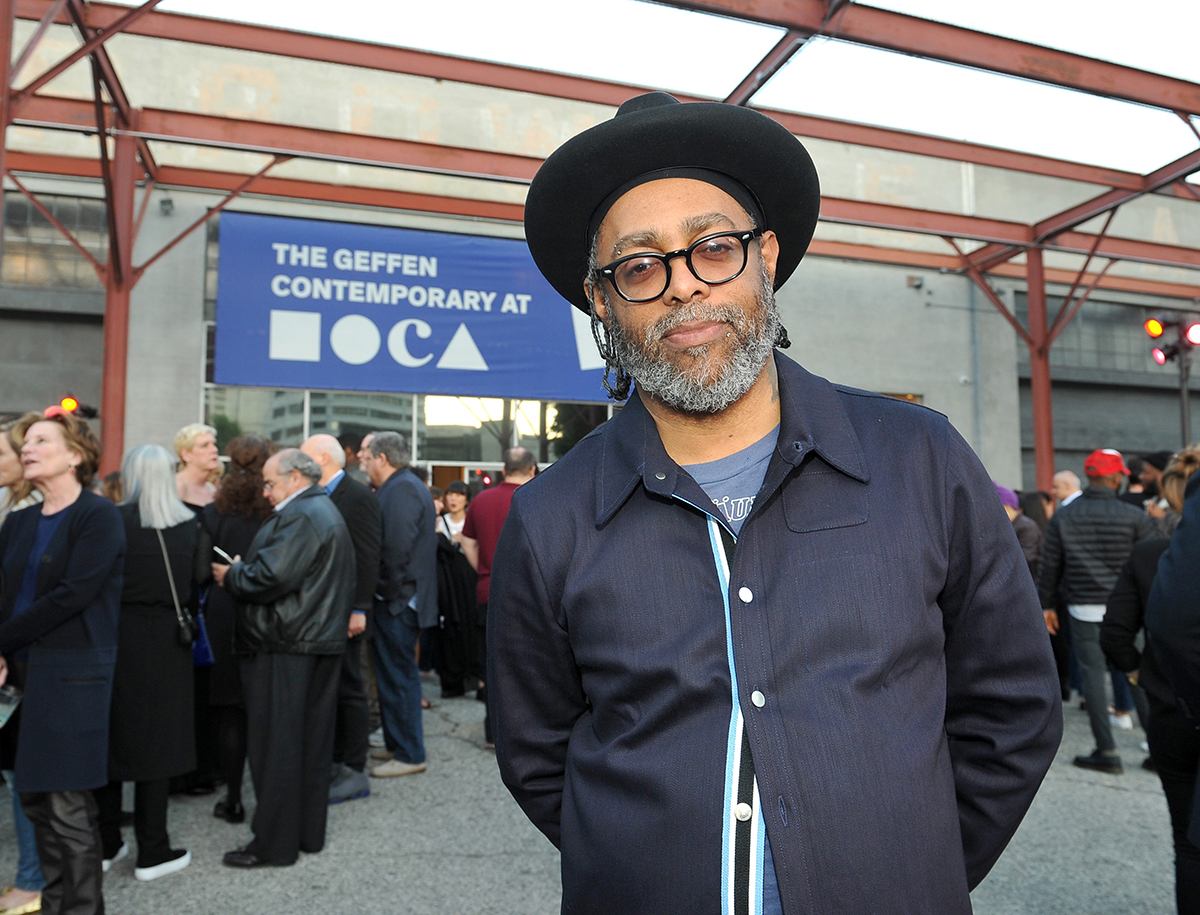 But it wasn’t until the premiere of his 2016 short film, “Love Is the Message, the Message Is Death,” at Gavin Brown’s Enterprise that Jafa became known to the wider art world. The seven-minute film collage set to the score of Kanye West’s “Ultralight Beam” addressed the complexities of black life in America through alternating footage of marches, concerts, news stories, Hollywood blockbusters, and home movies (to name a few). “Love” was traumatic and violent. The climax of West’s gospel-tinged anthem corresponded to footage of a police officer shooting an unarmed Walter Scott in the back. It delivered pain and joy in equal measure and provided a much-needed celebration of black culture right after the 2016 election.

After two years, Jafa’s work returns to Gavin Brown with a show fundamentally different than “Love,” but no less radical. The exhibition’s title, “Air Above Mountains, Unknown Pleasures,” combined an album title by the jazz pianist Cecil Taylor with one by the indie rock band Joy Division. Through a range of sculpture, photography, and video, the sprawling three-floor exhibition built on Jafa’s ongoing pursuit to represent “the recorded presence of shock, horror, trauma” and “transgressive impulses” in the history of what he calls “Blacknuss” in America. 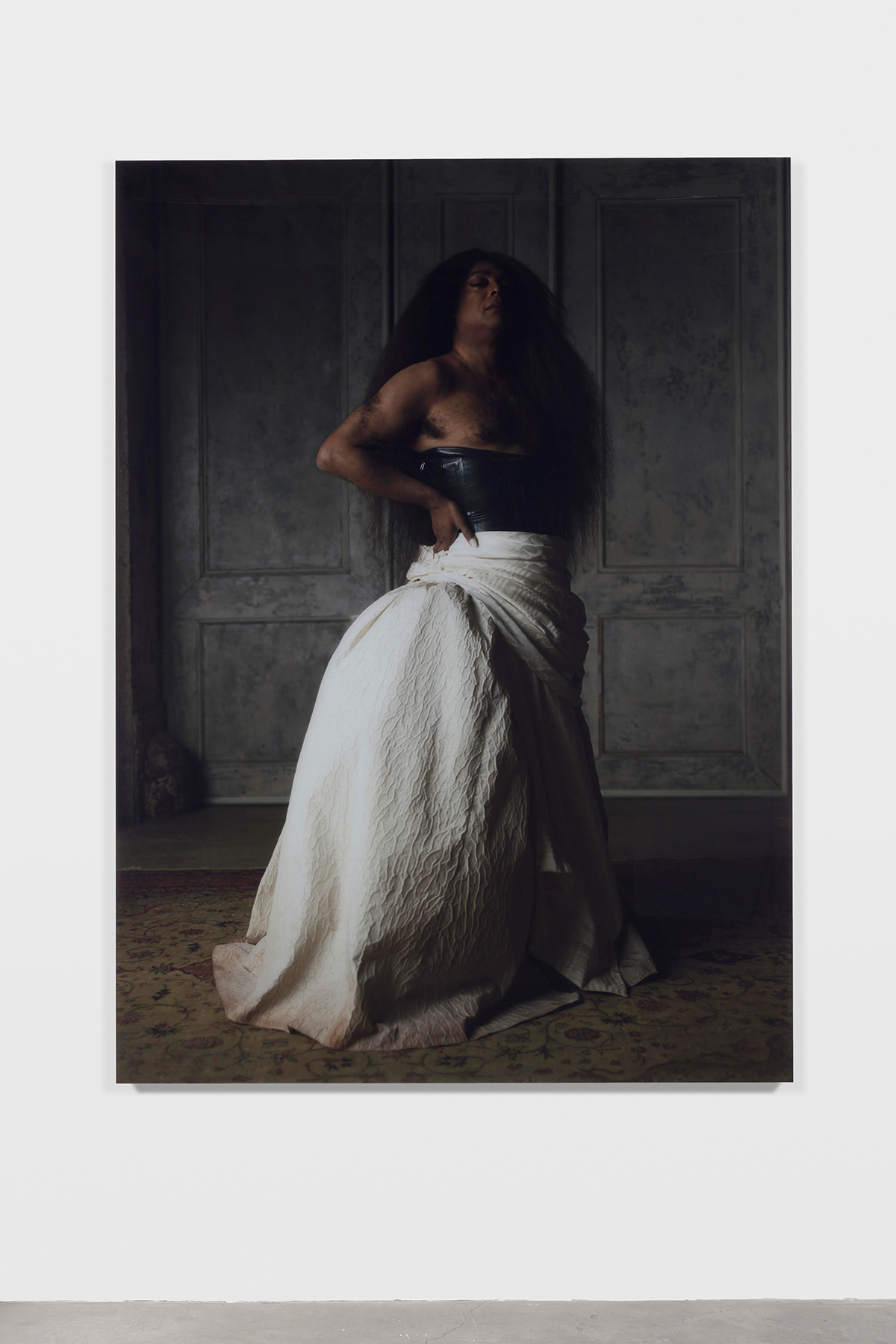 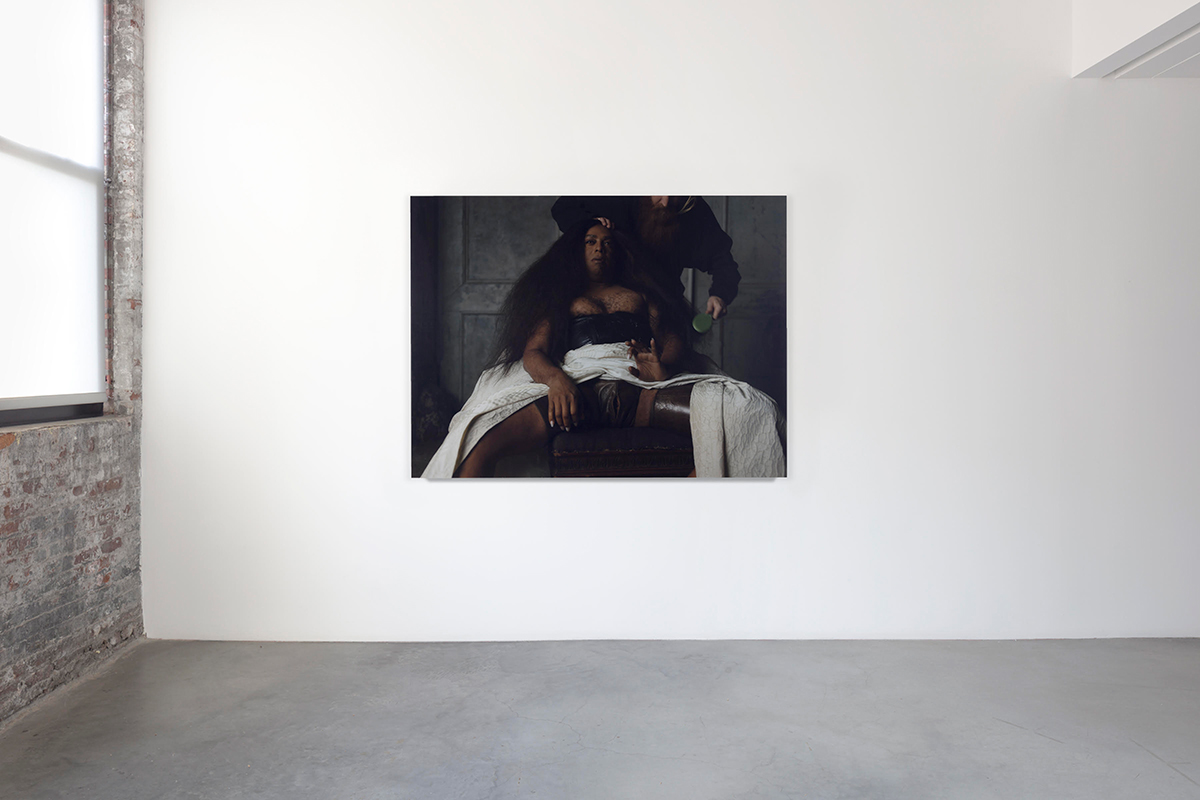 The exhibition’s opening work, “La Scala,” is a remnant of the artist’s early work in performance. Inspired by the story of Mary Jones, an 1830s sex worker and possibly the first trans woman in the United States (also dubbed the Man-Monster after being tried for pickpocketing), the enormous photograph features Jafa in a voluminous white skirt, a leather corset, and a flowing, brown weave. In a second gender-fluid self-portrait, “Man Monster — Duffy,” Jafa reveals a leather vagina under the long white skirt, beckoning viewers to consider the politics of black sexuality as he sits with his legs far apart, dark mane being combed by an anonymous pair of white hands. 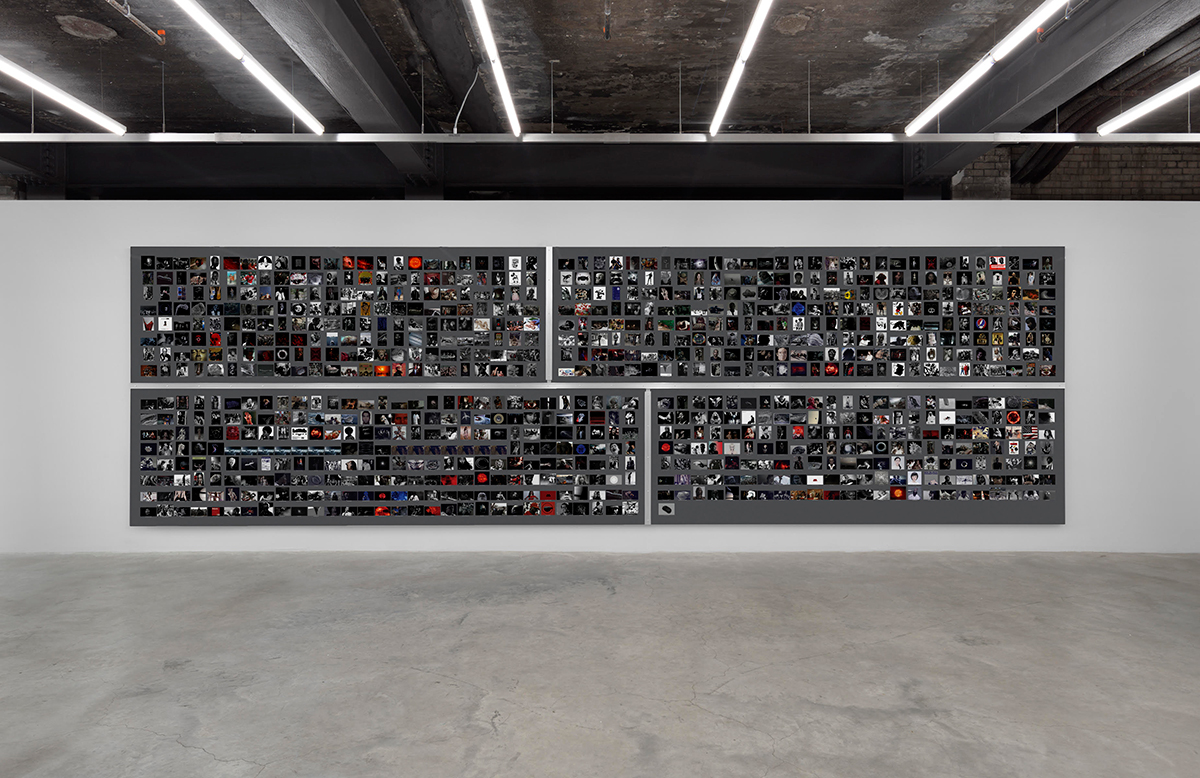 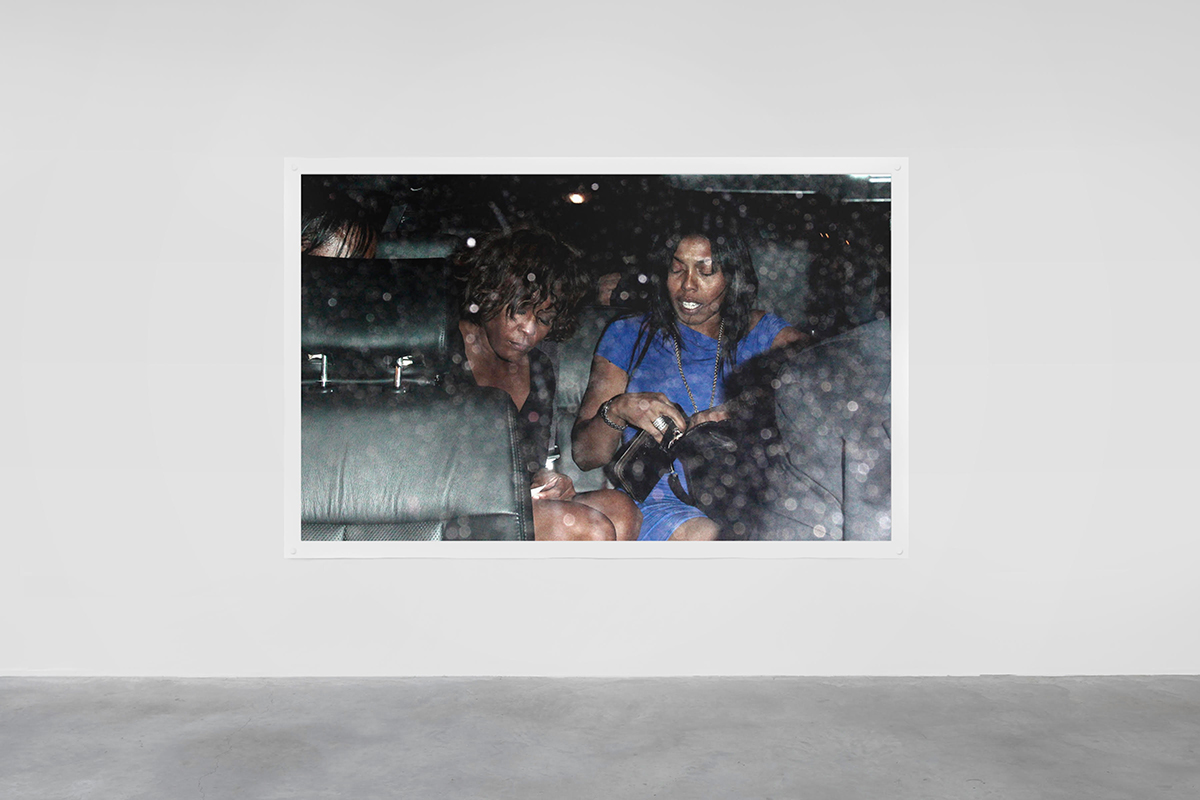 Further into the show, “Unbalanced Diptych” provides a wide view of three lynched black men surrounded by a crowd of cheerful white onlookers, and “Geto,” shows a distressed Whitney Houston through the rain-speckled windshield of a car just hours before her death. The largest piece in this gallery is “Apex,” a mural-size patchwork of more than 800 found images including historical figures like Angela Davis, Mickey Mouse cartoons, and Marvin Gaye and Big Black album covers—another glimpse at Jafa’s affinity for storytelling through montage. 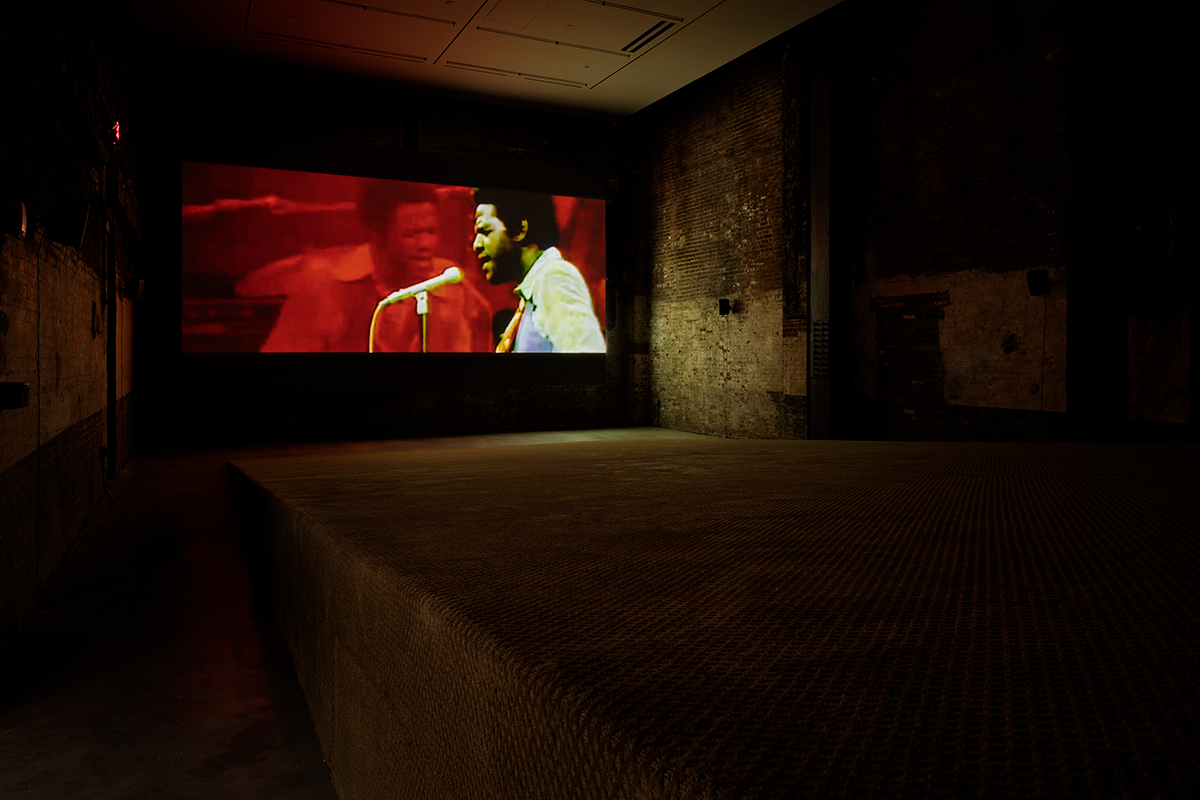 But the centerpiece of the show is the new video work on the second-floor gallery, “akingdoncomethas,” a feature-length film composed, in signature Jafa style, of found footage—this time, of black Christian church services. From its opening segment (Al Green singing “Jesus Is Waiting” in 1974) it is clear this is a film about redemption, community, and joy. The film builds towards a variety of modes of worship, from the preachings of popular megachurch pastor Bishop T.D. Jakes to the songs of worship of Le’Andria Johnson, all in celebration of the “pocket-universes of intense energy, eloquence, and illumination” that is being black in America. 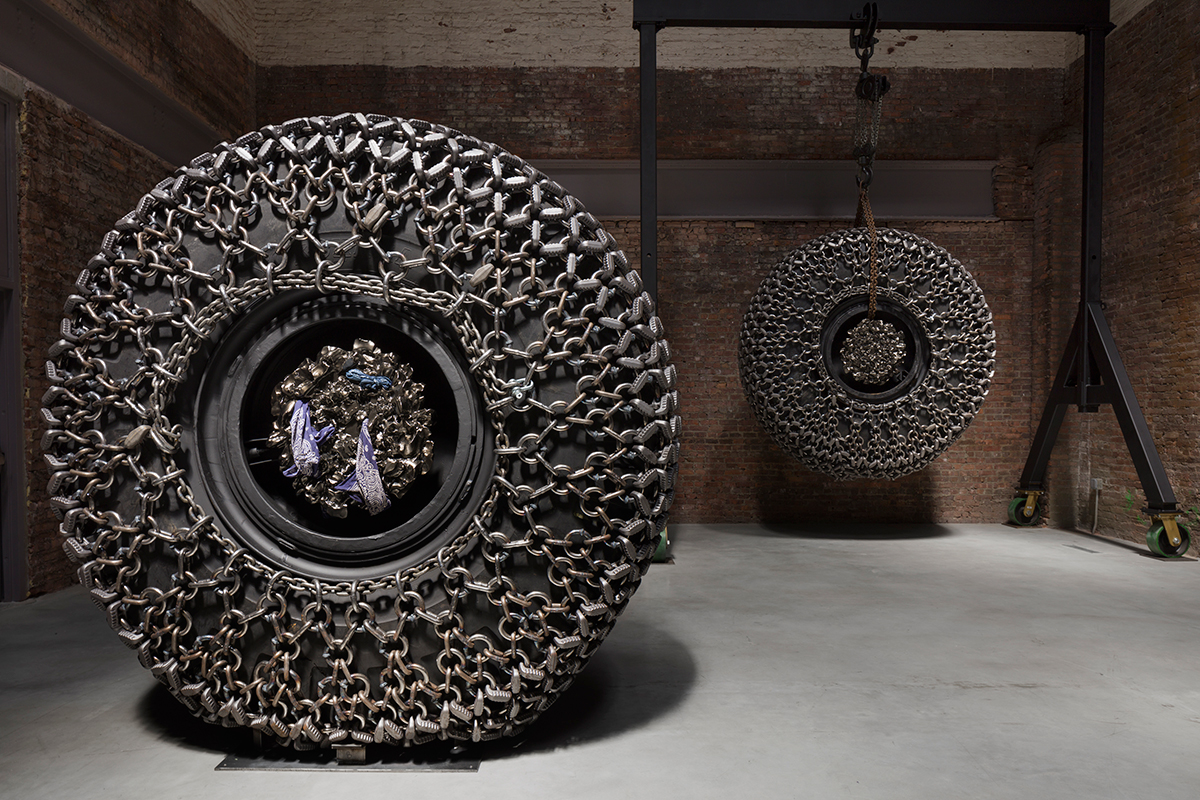 On the gallery’s cavernous top floor, four seven-foot tires each shackled in iron chains end the show with a display of masculinity opposite of how it began. For these pieces, Jafa was inspired by his native Mississippian fascination with demolition derbies and monster truck shows, but they also speak to the artist’s perception of the automotive industry as emblematic of Black modernity and futurism.

“Air Above Mountains,” like the rest of Jafa’s spectacular body of work, is about something bigger than politics or policing. It’s about the entirety of black life in the United States with all its violence, tragedies, cultural achievements, and political gains. It’s a show about resilience, an unbridled view of blackness in America, that, for a few moments, was able to slip past the tightly-locked doors of the mainstream art world and make us believe they have always been wide open.