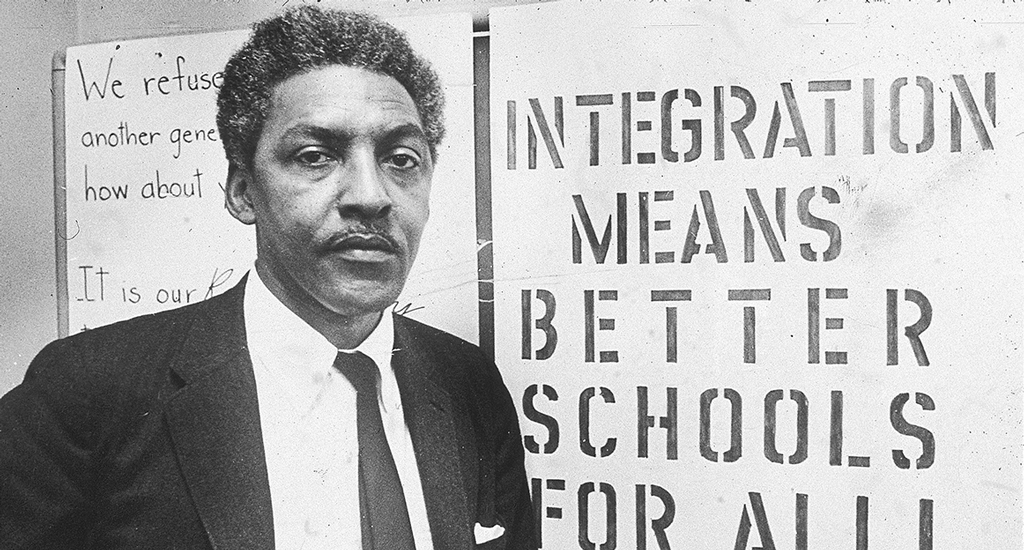 Across the country, millions are celebrating the life and legacy of Dr. Martin Luther King Jr., the Christian minister and activist who became one of the most recognizable faces of the civil rights movement. A man who is heralded as one of the greatest leaders our nation has known. But as is with most great leaders, there was a great team driving his mission, and one of those team members was Bayard Rustin—King’s adviser, and an openly gay Black man. Though Rustin left an indelible mark on the movement by organizing some of its most pivotal moments, he is often left out of the conversation and has nearly been written out of history.

Rustin began his career in activism while attending the City College of New York—where he joined the Young Communist League because of their focus on racial justice. He soon left the league when their focus shifted away from racial justice. From there, he joined the Fellowship of Reconciliation (FOR) a group that advocated for peace, labor rights and the equality of all people. But after 10 years of working with FOR, he was fired from the group for having sexual relations with a man in a parked car, and was charged with “sex perversion”—a charge that would follow him for years to come. Bruised but not broken, the purposeful organizer continued his work, and thanks to an old mentor, he was eventually connected with Dr. Martin Luther King Jr. The pair met for the first time in Montgomery, Alabama. That meeting would change their lives, and the course of history, forever. 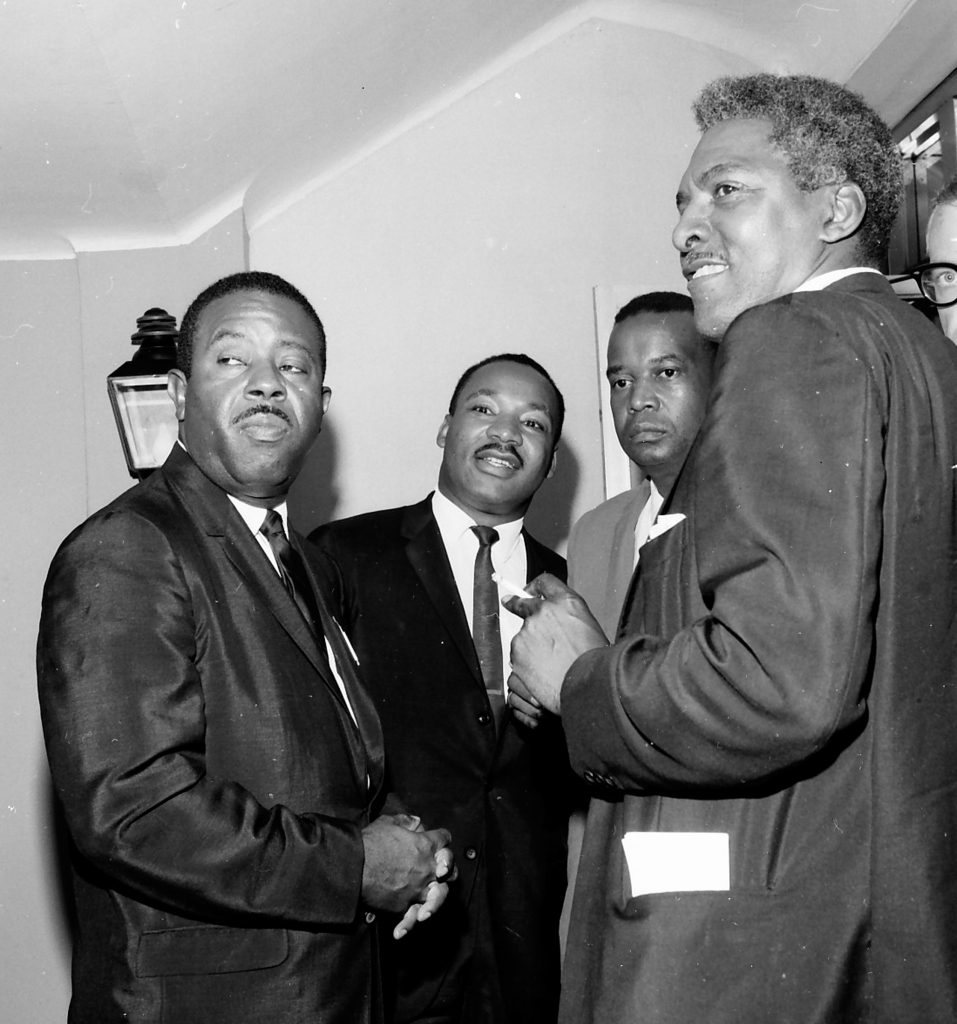 
Though Dr. King believed in non-violence, it was Rustin—along with another advisor—who convinced King to commit to pacifism as his protest strategy. The first adoption of this strategy was the 1956 Montgomery bus boycott, a successful protest that marked the start of an impactful alliance between Rustin and King. Rustin possessed the organizational and strategic skills that the charismatic King Jr. lacked, and together, they made an efficient team. Initially, Dr. King was unaware of Rustin’s sexuality, but when he found out, he overlooked it—Rustin’s incredible talent added too much value to the movement. He became a key part of King’s inner circle in the 1950s, though many of the other leaders in King’s organization, the Southern Christian Leadership Conference (SCLC), disapproved of Rustin’s involvement and considered him a liability. These tensions came to a head at the 1960 Democratic National Convention (DNC).

King, Rustin, and A. Phillip Randolph—a civil rights activist and mentor to Rustin—planned to protest presidential candidate John F. Kennedy and his running mate, Lyndon B Johnson, at the DNC because of their weak and dismissive stance on civil rights. Having heard of the plan, the Democratic leadership sent Congressman Adam Clayton Powell to derail the protest before it could get started—using Rustin’s sexuality to do so. According to records, Powell threatened to spread rumors of a sexual affair between King and Rustin. A rumor that had the potential to not only deflate the protest, but the movement entirely. After long deliberation with his inner circle, King decided to distance himself from Rustin, and no longer allowed the organizer to work under the umbrella of the SCLC. This painful decision changed the pair’s political relationship, and according to Walter Naegle—Rustin’s partner at the time of his death—while Rustin understood the reasoning behind the decision, he was “disappointed that Dr. King didn’t stand up for him.”

Following Rustin’s decreased involvement, the progress of the civil rights movement waned from 1960-1963, and in fear of losing the momentum that so many had worked so much for, Dr. King began reintegrating Rustin back into the SCLC’s planning. The move, however, didn’t come without its obstacles. Rustin was met with resistance because of his sexuality and “ties” to communism. But Rustin persevered, and went on to lead the planning for one of the most iconic moments of the civil rights movement—the 1963 March on Washington. Around 250,000 people showed up to demand racial justice, and Martin Luther King Jr. delivered his famous, “I Have A Dream” speech.

After the success of the March on Washington, the tide changed for Rustin. Dr. King and many other leaders of the Southern Christian Leadership Conference began to publicly support Rustin and his contributions—despite his sexuality. This support was virtually unheard of, especially coming from a largely traditional Christian and Black community, but it was a step in the right direction both for Dr. King’s movement and for the LGBTQ+ community. The pair continued to work together for many years until 1968, when Rustin was ousted from King’s planning efforts and inner circle, after he publicly challenged Dr. King in a meeting—a move King took as a betrayal. No stranger to adversity, Rustin continued his activism apart from King’s camp, and when King was assassinated that same year, Rustin was asked to lead the movement. He initially accepted the role, but quickly went back on it, after facing stark opposition from the current leadership. Many still took issue with Rustin’s sexuality and undermined him at every opportunity. Still, he pressed on with activism and became a critical voice for the gay community.

In a 1986 interview with the Washington Blade, Rustin recalled the dual consciousness of being both a Black and gay man—a complex, oppressive, and sometimes damning identity that he never ran from. Rustin courageously stood in the truth of his identity, because he believed his authenticity was a form of protest. He knew that if he kept quiet and assimilated as so many had, the grotesque racial and sexuality injustices of American society would never change—so he took a stand. Despite leaving an indelible mark on the civil rights movement, Bayard Rustin was nearly expunged from the history he braved so much for. Yet without him, the movement may not have been the one we know and owe so much to today. So as we celebrate Martin Luther King Jr. Day—this year and every year—may we honor Bayard Rustin and his life’s work. It’s way overdue.

Lead Image by: Patrick A. Burns via Getty Images