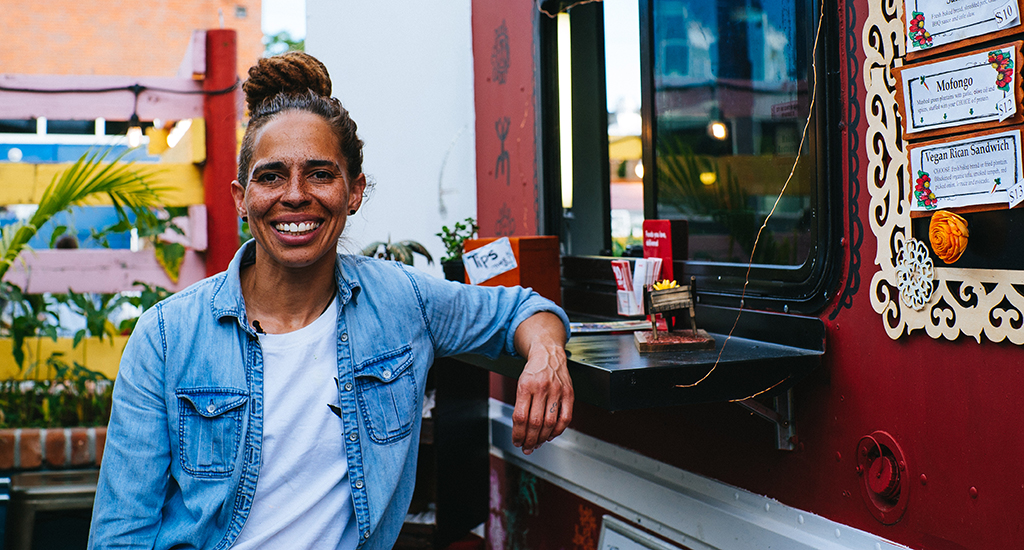 Before Columbus came into the picture, Puerto Rico was known as Borinquen and its people were known as the indigenous Taino people.”

“When Keigh Crespo, a native to the island, learned about her Taino roots, she was shocked that none of her family, except for her abuelas, had been in touch with their ancestral traditions. As a response, Keigh created Dos Abuelas, a Taino food truck based in Denver, Colorado geared at educating people on Taino cultura through food.