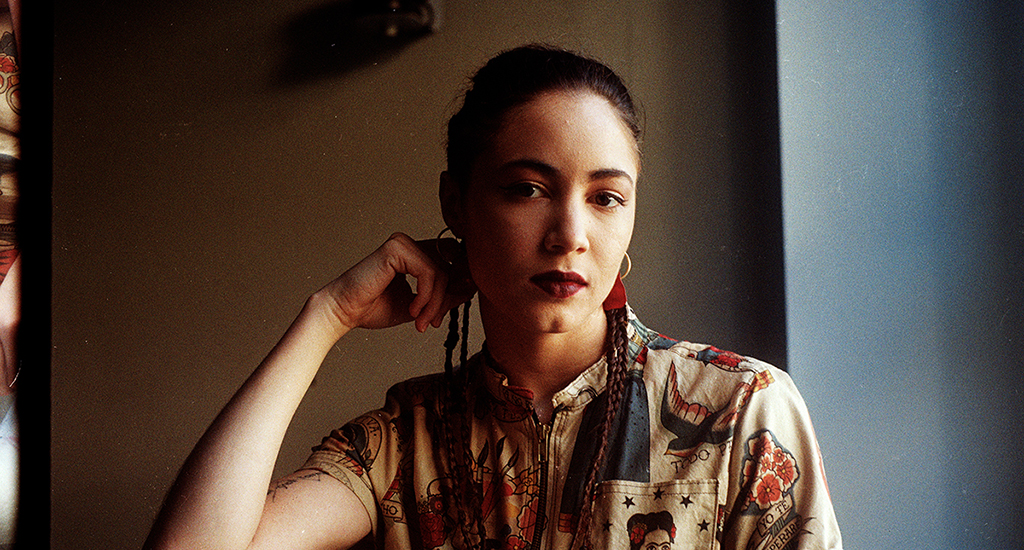 All photos by Priscilla Gaona

Ness Nite, like her new album Dream Girl, is from nowhere and everywhere at the same time.

The quiet 22-year old—born Vanessa Reliford—grew up mixed-race and rootless, bouncing between her half-Mexican mother in Milwaukee and her half-black father in Chicago before moving to Minneapolis after high school.

Each move was a culture shock and she spent most of her teen years wandering the woods at night by herself, retreating deeper into her own thoughts, dreaming of doing something grand. 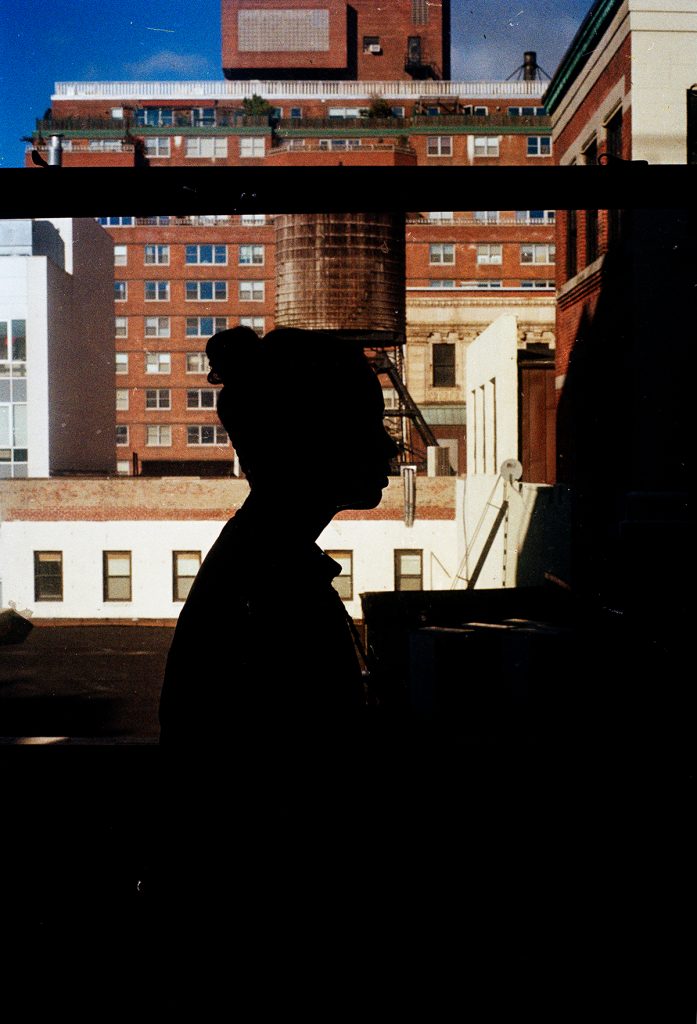 “It’s like the first question people ask you: ‘Where are you from?’” Nite says from her apartment in New York City, where she and her girlfriend relocated last year. “I don’t feel attached to anywhere. I don’t feel like I have an answer that I’m happy with or that I feel is completely truthful.”

In a world where identity can be as messy as the politics surrounding it, Nite’s art is a next-generation attempt to liberate us from geographic and demographic confines by creating a permanent, accepting home through music.

To do this, her debut EP, 2016’s Nite Time, glides through and then quickly past the outer boundaries of existing genres, showcasing Nite’s budding singing, rapping and production skills (recorded late at night in her bedroom then refined by Minneapolis-based friend and mentor Mike Frey). Across six tracks, there are glimmers of the wavy train and truck-rattling beats mixed with Casio pianos, looping atmospherics and tinny trap breaks. She called the music “braless” for its unrestrained approach. 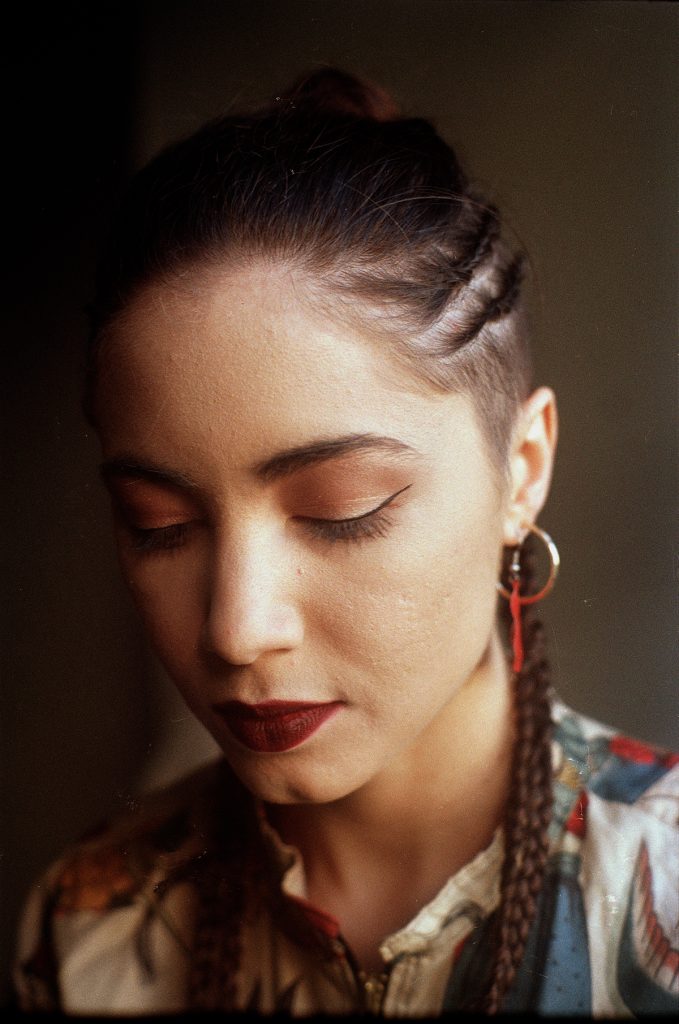 On Dream Girl, which dropped March 1 on POW Recordings, Nite’s millennial pan-everything outlook matures past legal drinking age. Her voice naturally floats between sensual R&B crooner and confident MC. Lyrics tell of love, Instagram lust and wifey bliss as much as they do depression, anxiety and demons. The songwriting has pop bones, but the chorus often drops first and the rest of the formula escapes under production that equally evades analogue.

Tracks like “Tightrope,” “Watercolor Roses” and “Expectations” are catchy in a way that only reveals itself after a few listens. The future, after all, takes some getting used to.

“I think people are so used to hearing a formula that if what they’re hearing doesn’t fall into it, they automatically say they don’t like it. It’s kind of sad because you shouldn’t have to classify things but that’s why it’s been so hard for me to try to talk to people about my music,” Nite admits.

“When Nite Time came out, people said ‘This is braless music’ and I attached myself to that, but I don’t even feel like my music is that anymore. I don’t know what to call it now.”

The great jazz bassist Charles Mingus was known for calling his music “colorless,” a reference to how his own mixed background—black, white, Chinese and Native American—led him to create an isolated space away from society’s prejudices. On his “colorless island,” he and others like him could seek refuge from the absurdity of racial categorization and its expectations. 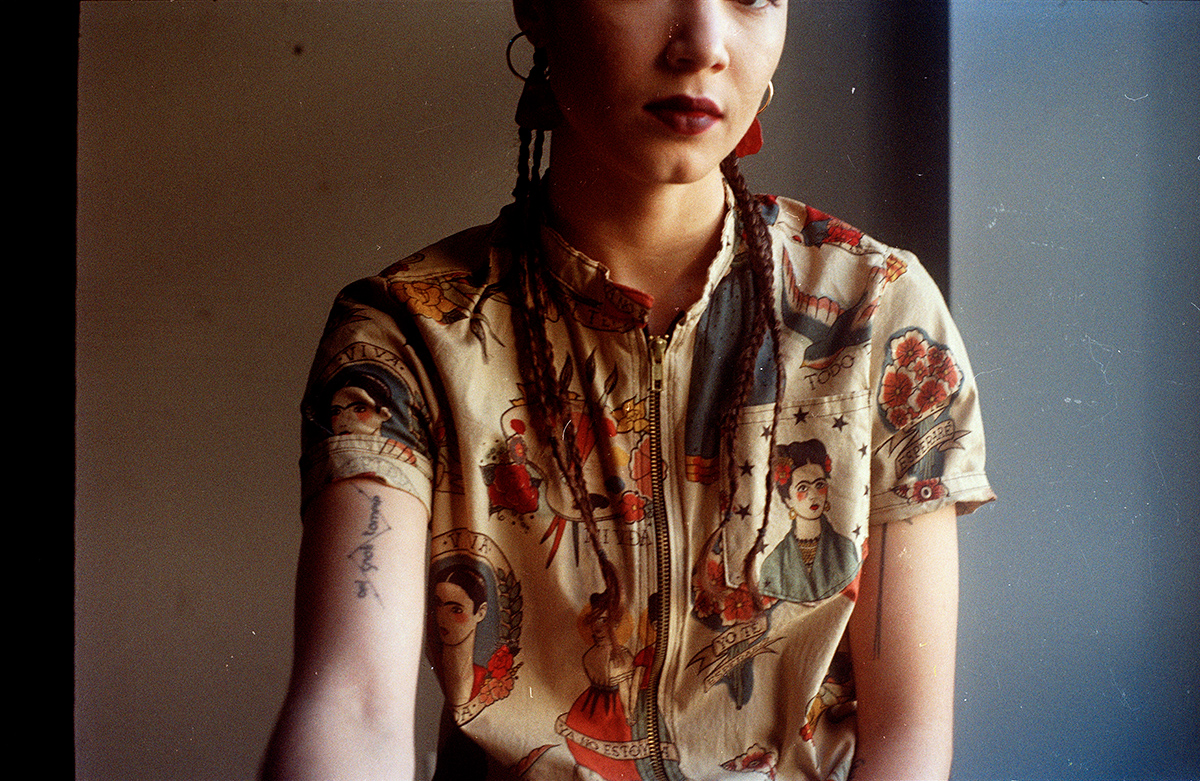 But Nite’s goal with music is not so much to escape to an island with color. It’s to create a place that embraces everything by labeling nothing—a place with all the colors. For someone who has never been tied down to one thing, Nite’s rootlessness is her power, her gender fluidity an asset, and her queerness so true to her existence that it doesn’t even need to be discussed.

Dream Girl is a concept album that empowers her experience by normalizing it, 12 songs designed to be listened to order that tell the story of Nite’s own emotional and physical journey in the year post Nite Time.

“I would literally create space in my music for myself to go. I hope it gives people somewhere to go,” Nite says. 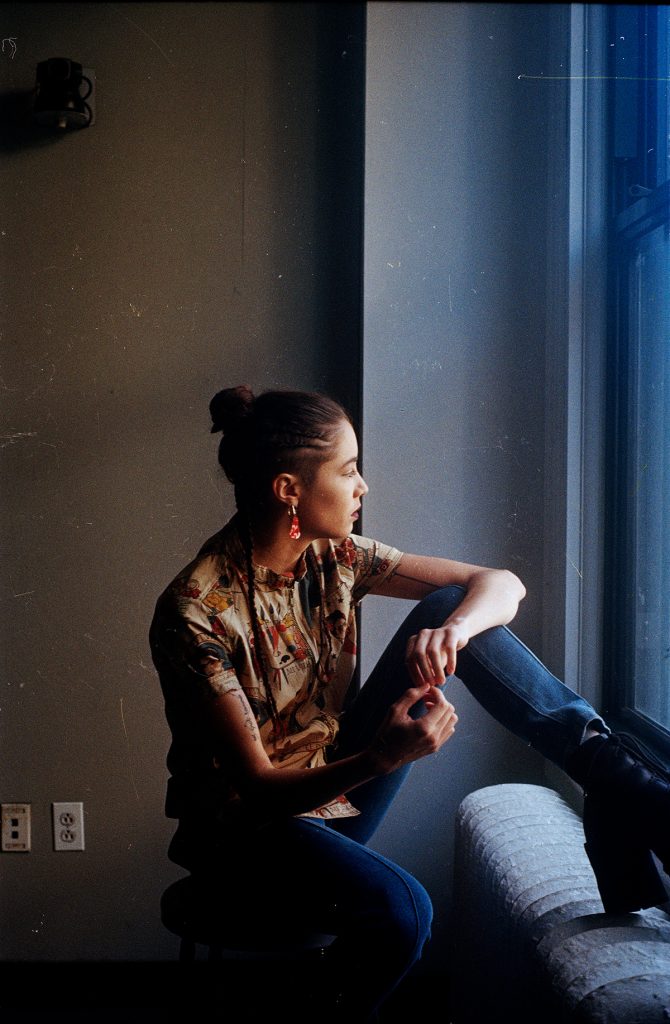 Next up: more late-night songwriting and recording. After a spring of packed shows promoting Dream Girl, Nite is looking forward to landing back at her home studio in New York City, where she and her girlfriend just signed a two-year lease (an unusually long civic commitment for the famously nomadic artist).

She hopes for a day when her music is not judged against a formula, her identity not scrutinized according to stark racial divisions and her singular sound not questioned for its aversion to any classification.

One day, she hopes, her own colorful island will be the norm.

Sarah Bennett is a journalist, editor, designer, zinester and educator living in Long Beach, Calif. She is currently an assistant professor of communication and media studies (aka journalism) at Santa Ana College and has been a freelance writer and editor for over ten years covering news, music, food, beer, art and other cool cultural things for a variety of local, national and international publications.

Ni Aquí, Ni Allá: Not Here, Not There