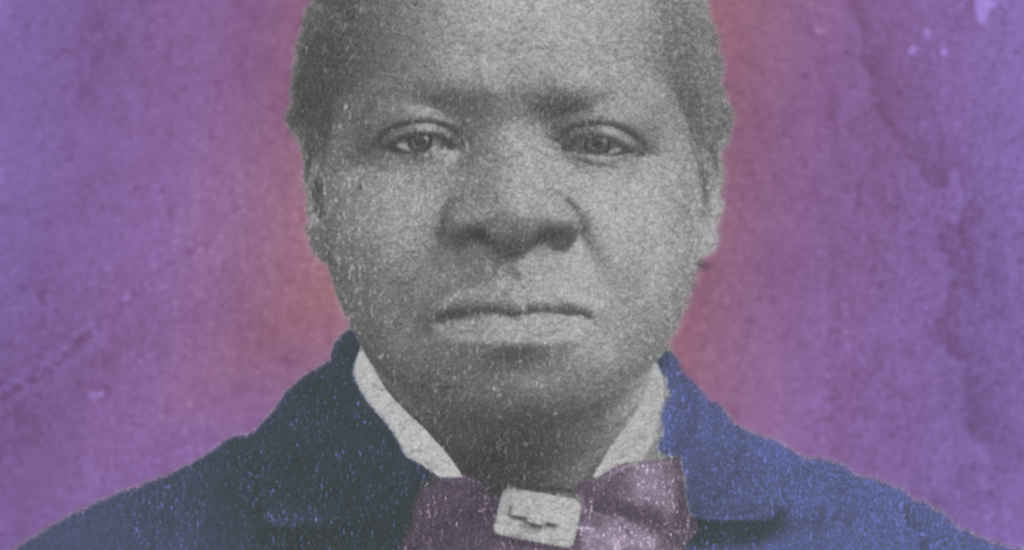 Biddy Mason: From Slavery to One of California’s Wealthiest Entrepreneurs

One of early California’s wealthiest self-made entrepreneurs was a Black woman nicknamed Biddy. She was also a key figure in the making of the city of Los Angeles. As a midwife, she delivered hundreds of babies using the herbal remedies her grandmother taught her. She saved her money and bought land, put commercial real estate on it, built a church, and—by default—a community. What’s more, Bridget “Biddy” Mason was born into slavery in 1818, in the Deep South.

But her life changed when she was 30 years old, and her Mormon owner decided to head west. She walked 1,700 miles behind a caravan of 300 wagons for six months, from Mississippi to the Salt Lake Valley in Utah. Along those 1,700 miles, Biddy Mason helped set up and break down camp, she cooked, she herded cattle, she was a midwife—all while caring for her own three children—each under the age of 11. There is no doubt the journey was difficult, but every step along that 1,700-mile journey brought Biddy Mason closer to freedom. “Going west,” in the 1800s meant many things to many different people—you could be seeking fortune or fleeing persecution—but in Biddy’s case, and in the case of many enslaved Black Americans, it was a potential path to liberty, she just didn’t know it yet.

The caravan stopped in Utah in 1848 where the white settlers established a Mormon community, but that was not Biddy’s final destination. In 1851, her owner, Robert Marion Smith, led another caravan to California. On this route, Biddy met a free Black couple who informed her that slavery was illegal in California and she should contest it in court.

Once in California, Smith worried that he would lose Biddy and the other enslaved persons, so he attempted to move again, this time to Texas, where slavery was legal. But before they could leave the Golden State, they were stopped by the sheriff and a team of people who had come together on behalf of the Owens—a free Black family in California. Robert Owens’ son was in love with Biddy’s daughter and told the L.A. County Sheriff that she was being held illegally along with 13 others.

Biddy Mason and the 13 others, including her daughter, were freed on January 21, 1865. Her daughter married the Owens’ son, and Biddy went on to become a real estate mogul, a philanthropist and one of the wealthiest women west of the Mississippi. She signed all documents “X,” because despite all this, Biddy Mason never learned to read or write.

Self-made man? Self-made woman? More like “self-made Mason.” Biddy Mason is an American Hero do not let her story be excluded from history.

iLe’s “Confrontative” Album Is a Rallying Cry for Puerto Rico