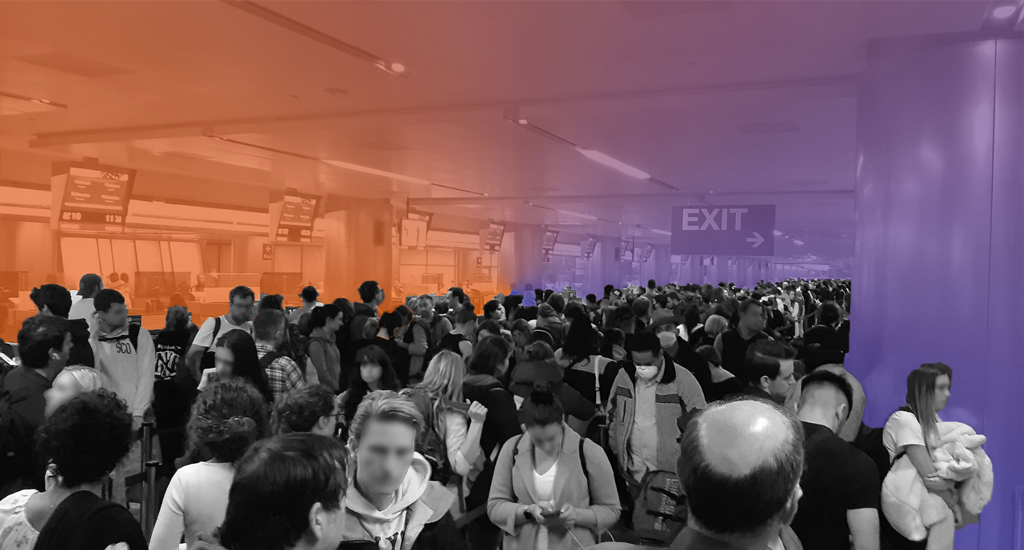 Confusion, Anxiety, and a 4-Hour Line: Flying into the U.S. Hours Before the COVID-19 Travel Ban

I was in Spain when my mother woke me up Thursday morning to tell me the news of Donald Trump’s new travel ban. In the midst of the coronavirus pandemic, the president of the United States announced that travelers from Europe would not be allowed into the U.S. for at least 30 days. I had been in my birth country of Spain for over a week, and had a flight back to Los Angeles on Friday, March 13. It was scheduled to land at 7 p.m. PST—just hours before the ban went into effect at 11:59 p.m. EDT.

I have been living and working in the U.S. for 12 years, and despite not being a citizen or green card holder (I have a work visa), I consider it my home. So after my mother gave me the news, I immediately called the airline, but the phone lines had collapsed. So I packed my bag and headed straight for the airport—ready to get on the next flight if need be.

But the confusion at the airport was even greater. The airlines had all taken different precautions. Some had already canceled all Friday flights and many, like the airline I was traveling on, were pretty confused. Trump’s original announcement said that the restrictions would go into effect starting at midnight on Friday the 13th, but many airlines were unclear whether that meant at the end of the day Thursday, or at the end of the day Friday. If the ban went into effect at the end of the day Thursday, then I wouldn’t be able to come back into the U.S., because at that point, only citizens and permanent residents would be allowed in. Nor could I change my flight to be for that same day because at that point, they were all full. The uncertainty was extreme— no one could give me any straight answers and the airline I was traveling with told me they could not assure me of anything because things were changing so quickly. If my flight was canceled, they’d send me a text message letting me know.

Fortunately, I was able to leave Spain Friday afternoon, as planned. But it was not smooth sailing. The crew checking us onto the flight seemed scared, warning us not to travel to the states because they did not know what would happen to us upon arrival. They didn’t even know what would happen to them—would they be able to fly back? Would they have jobs? Nothing was certain.

On the flight, the majority of passengers were Americans. Some had been in Italy, but had to fly to London in order to get to Barcelona and then catch the flight to Los Angeles, since flights to Barcelona from Italy had been restricted. Regardless, everyone was anxious to get home. And then, just as we were settled and ready for takeoff, the captain announced that due to air traffic, we would have to wait another two hours on the tarmac. People began to panic—was the flight going to be canceled after all? Would we actually be able to get to the U.S.? This fear—the fear of not being let in—followed us until the very end.

We ended up taking off much sooner than the announced two hours, but our arrival time and total travel time was delayed nonetheless. When we finally landed at LAX Friday night, the captain wished us luck over the loudspeaker, saying that he did not know what awaited us. 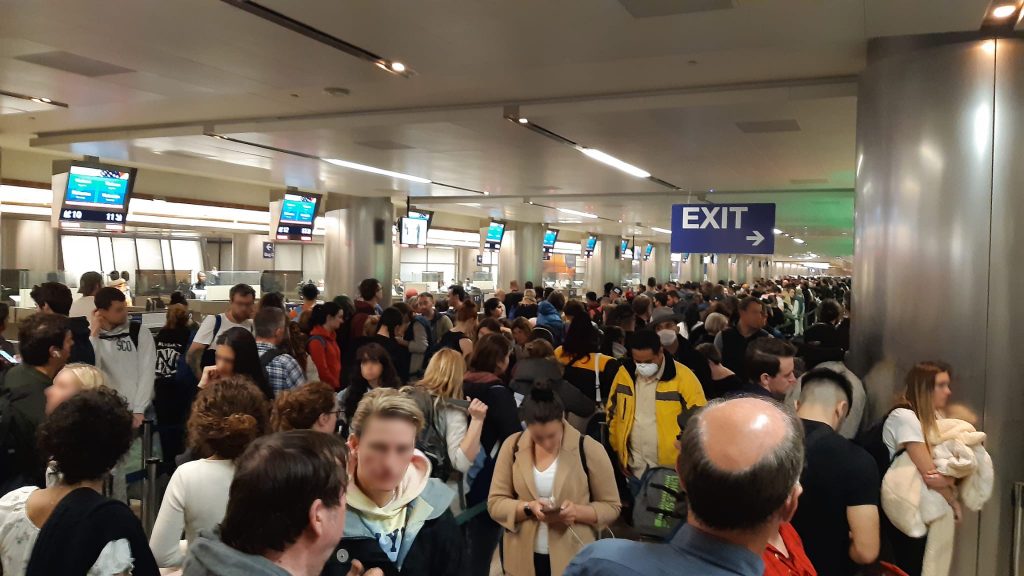 After exiting the plane and entering the airport, we encountered an alarming and exasperating situation. The customs area was completely collapsed with passengers who had just landed, as hundreds of people waited in line. People who were clearly sick, people with babies, elderly people, people in a hurry to make connecting flights, people who were U.S. citizens and people who were not. Hundreds of people in one room standing less than two feet away from each other, for more than four hours—all while a highly transmissible virus was spreading across the globe.

It quickly became very clear that the airport was not prepared. There were only four or five officers checking passports, and as far as I could see, zero officers testing for COVID-19 and zero quarantine zones. I had just gotten off of a packed flight from Europe, with passengers who had been in Italy—the second-most infected country after China—and at no point in time was I checked or questioned about my exposure to a virus that has spread and killed people all over the world in record numbers. Nor did I see anyone else get checked for it. The only thing I saw at customs was people desperate to go home. Some were crying, screaming, coughing, falling asleep, asking for water, others were still worried they wouldn’t be allowed into the country since it was almost midnight—but everyone was wondering the same thing: How could the president and his administration not have foreseen this very situation?

A different officer asked my friend if he could explain to him what the coronavirus was, exactly. As far as my friend could tell, the officer wasn’t joking—he didn’t seem to know. A delusional situation after all.

Twenty-four hours after leaving Spain, I finally made it home. I woke up Saturday feeling confused and exhausted—in a country suffering the consequences of a convoluted, weak and overall flawed structure. A country where the giant holes in its social, medical and economic systems have become undeniably evident in times of crisis. A country that will have to endure the long-lasting effects of a president who has failed to step up during some of its most critical moments, and will stop at nothing to spread xenophobia and fear—wasting time pointing fingers and leaving the brunt of the responsibility to us, the individuals.

My experience happened just hours before the travel restrictions took effect. So sure, technically, the airport didn’t need to take all the measures the administration said it would be taking just yet. But shouldn’t it have done something—anything—to at least inquire whether hundreds of people flying in from areas that have been hit hard by the coronavirus might spread it to others? I hope by now, they have.

I was healthy before I took that flight. Now, I’m pretty sure that me and many others in that customs line are infected. And the U.S. did nothing about it.

Ana Mendieta: The World Renowned Artist Who Came to the U.S. As An Unaccompanied Minor