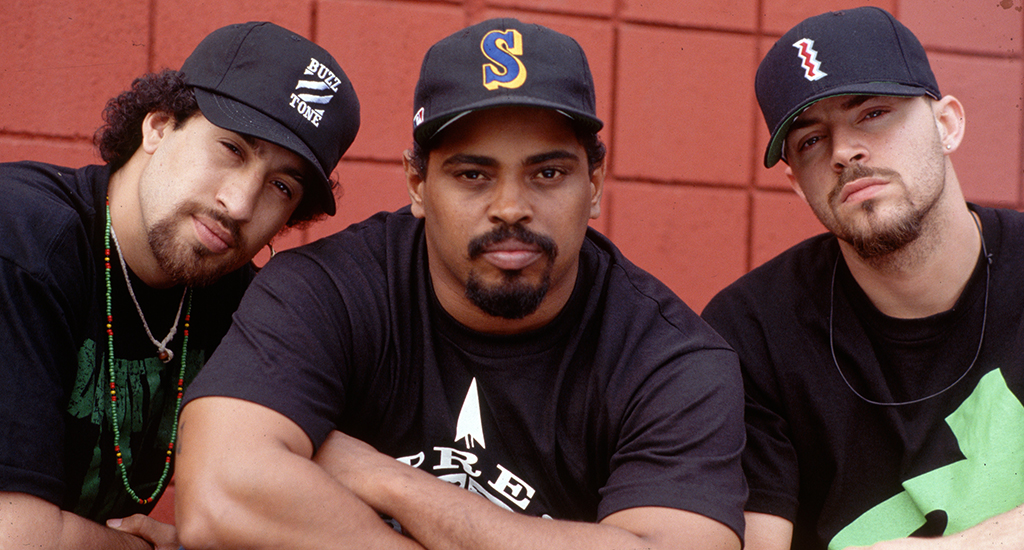 Cypress Hill’s ‘Black Sunday’ Was Way Ahead of Its Time

Back in 1993, cannabis had a bad rap. While America was well past the propagandized absurdities of Reefer Madness, politically and institutionally weed remained stubbornly taboo decades after the Summer of Love. Despite Bill Clinton’s half-hearted admission of having smoked the then-illicit drug, albeit only once and apparently without inhaling, the chances of the newly minted president spending much energy on legalizing it looked unlikely. The same went for his appointee to head the Office of National Drug Control Policy, Lee Brown, who had spent more than two decades in law enforcement including chief and commissioner roles in Houston and New York City, respectively.

For the music world, which already had quite the lengthy legacy of smokers and tokers, the Clinton presidency presented a greater challenge in the form of Second Lady Tipper Gore. The author of Raising PG Kids in an X-Rated Society, she had risen to prominence and scorn as co-founder of the Parents Music Resource Center, an influential organization that effectively waged war on what they deemed distasteful elements within the music world. With Gore historically the face of their group’s censorship efforts like the notorious Parental Advisory: Explicit Lyrics stickers, her arrival at the White House didn’t bode well for hip-hop.

Among the bugaboos central to the PMRC agenda was, of course, the promotion of drug content in popular song. Naturally, this put artists of the time like Los Angeles, California’s Cypress Hill squarely in its sights. In the early 1990s, hardcore and gangsta rap had reached a certain ubiquity and commercial prominence with unvarnished street level storytelling, often of the autobiographical sort, about dealers and users alike. While comparatively safer hip-hop acts like Arrested Development and Kriss Kross were logging Billboard charting hits and MTV placements, so too were unabashed marijuana users like former NWA members Dr. Dre and Ice Cube. Cypress Hill rappers B-Real and Sen Dog along with producer DJ Muggs were no exception, and the group’s oft violent verses were a signature from their earliest singles onward.

Cypress Hill hardly shied away from the subject on their eponymous 1991 debut, as evidenced by unsubtle song titles like “Stoned Is The Way Of The Walk” and “Something For The Blunted.” A breakthrough hit from that record, “How I Could Just Kill A Man” encapsulated just about everything that made Gore’s skin crawl in one song. In line with its candid title, it opens with the nasal B-Real’s weed slang and gun talk, segueing later into the raspier Sen Dog following suit. While the blunt single reached a respectable No. 77 on the Billboard Hot 100, Cypress Hill proved but a mere sampling of its high grade follow-up.

Far grimmer than the typical hip-hop imagery of the time, 1993’s Black Sunday’s cover art included macabre stylings one might expect from a death metal band, its shadowy cemetery scene littered with skeletal remains. Inside that CD’s booklet, however, Cypress Hill offered something far less unseemly but no less shocking: a numbered list of facts about cannabis and hemp. In those days before Gore’s husband Al would controversially claim a role in the proliferation of the Internet, the group’s Trojan Horse attempt to educate young adults in their audience about marijuana spread the sort of useful information that’s now conveniently only a click away.

Sure, Dre had The Chronic, but Cypress Hill smoked something louder, a West Coast mentality distinct from the G-Funk of Death Row made possible by playing off the tradition of groups like War as well as Caribbean- and Mexican-American cultures. Paralleling that spirit, Black Sunday opener “I Wanna Get High” took direct aim at those powers-that-be by mentioning Clinton by name. The only track here not produced by Muggs, “I Ain’t Goin’ Out Like That” perfects the lyrical formula present across their prior album as well as on quality cuts like “Break ‘Em Off Some” and the Latinidad flexing nursery rhyme “3 Lil’ Putos.” Grounded by a loop of Tarantino favorite “Son Of A Preacher Man,” album highlight “Hits From The Bong” devotes itself entirely to smokers’ delights. And while most rap record segues and skits are hit or miss, interlude “Legalize It” juxtaposes hemp utility with biblical scripture over Muggs’ rugged funk.

Fueled by “Insane In The Brain,” a Chubb Rock diss track turned unlikely Hot 100 hit single, the crossover success of Black Sunday exposed a massive audience to Cypress Hill’s pro-pot message. The album debuted at No. 1 on the August 7, 1993 Billboard 200 chart, knocking U2’s Zooropa out of the top slot and spending two consecutive weeks there. Black Sunday went platinum roughly two months later, double-platinum after a year, and triple-platinum a few years later. That translates to millions of listeners, even before the sales of “Insane In The Brain” single, which earned gold certification not long after the album’s release. 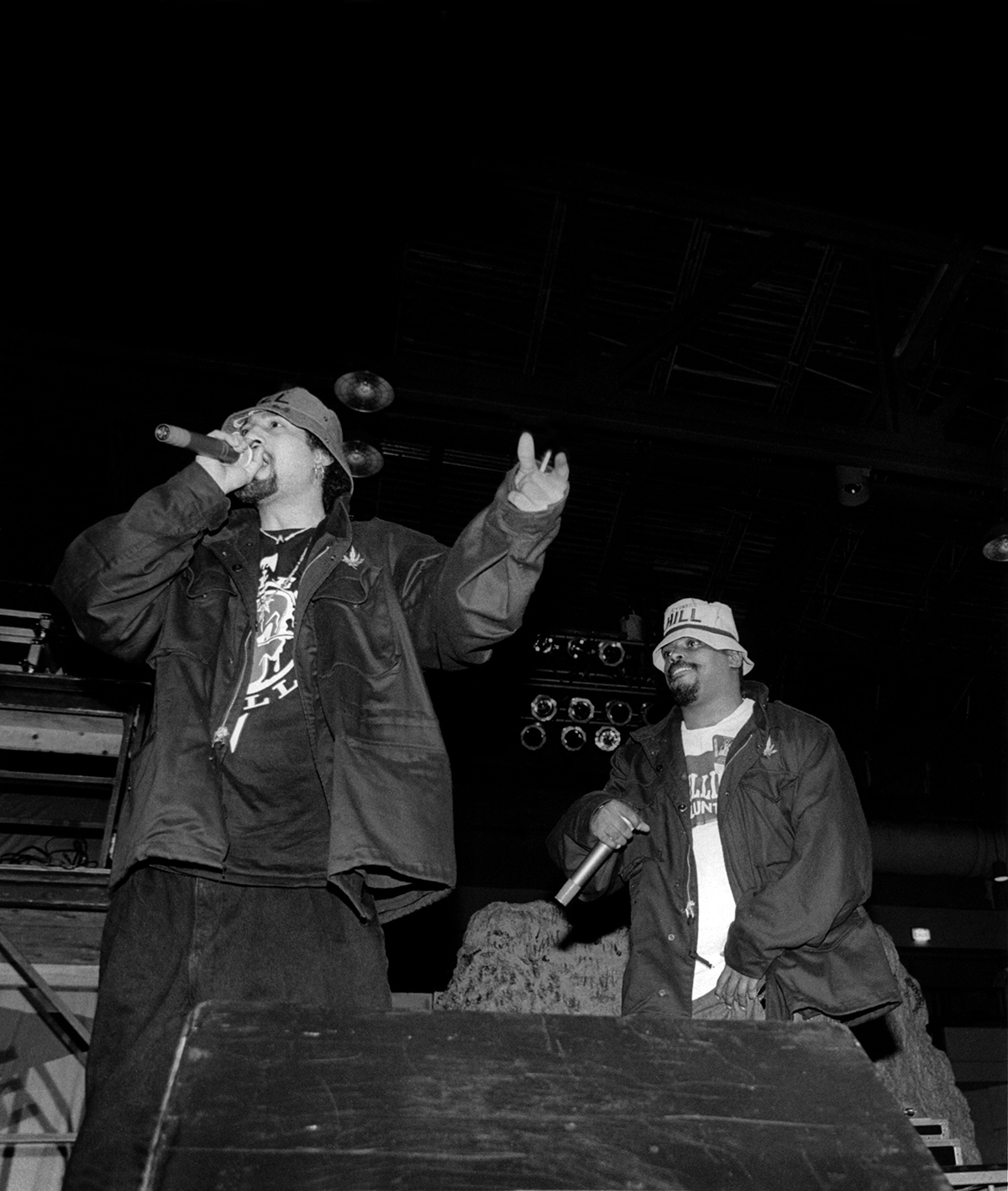 The result of Black Sunday was a heightened awareness of recreational cannabis usage that resonated with young people across America and provided a commercially viable model for stoner rap to follow, from Devin The Dude to Curren$y and Wiz Khalifa. Contemporary hip-hop artists like Berner, Flatbush Zombies and Smoke DZA crafted their images and lyrics around a marijuana-centric lifestyle, connecting with a generation growing up in a time of increased tolerance, as well as decriminalization and legalization gains. More importantly, Cypress Hill’s accessibility helped normalize overt references to pot in rap music, something that echoes to this day in trap and SoundCloud rap.

Though subsequent Cypress Hill albums had a tendency to veer into self-parody, Black Sunday foresaw the future acceptance of marijuana use via a groundbreaking hip-hop record. In 1996, California Proposition 215 passed with 56% of the vote, making it the first successful state ballot initiative permitting medical use. 2010’s Senate Bill 1449 effectively decriminalized possession under one ounce there, and 2016’s voter-driven Adult Use of Marijuana Act legalized recreational sales. On the surface, Cypress Hill may only have played a part in all this, but in retrospect there’s something profound about their influence in the cultural progress made in the past two-and-a-half decades.