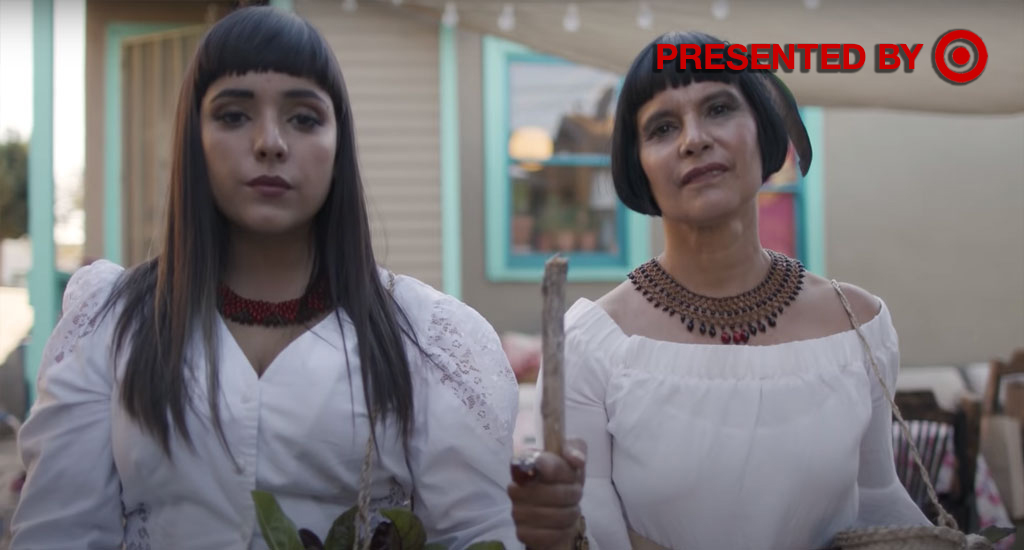 As industries across politics, entertainment, tech, and education are finally recognizing the need for more representation of BIPOC communities, indigenous teens and adults are showcasing their roots and celebrating their heritage via their various social and artistic platforms.

These culture crusaders are artists, musicians, creative visionaries, and social justice and environmental activists. Through their work, they have become ambassadors of their own indigenous languages, music styles, spiritual practices, and other customs.

Jarina De Marco, a Dominican-Brazilian musical artist based in Los Angeles, uses her music to unearth and embrace her indigenous roots. De Marco’s family tree has branches that extend all the way back to the Taíno people, an indigenous people of the Caribbean.

The Taínos were an indigenous people who were the original inhabitants of what is now present-day Puerto Rico, Cuba, the Dominican Republic, Haiti, Jamaica, the Bahamas, and the Virgin Islands. During the time of Christopher Columbus’ exploration, the Taíno people were the most numerous native inhabitants of the region. By the mid 1500s, the number of Taínos dramatically dropped, and De Marco said Columbus wrote letters to the Spanish saying the Taínos were all extinct.

In actuality, several Taínos in the Dominican Republic retreated to the mountains and eventually intermarried with other ethnic groups, leading to a line of descendants that still celebrate their culture to this day.

“I honestly try to educate and advocate for Taíno culture in general. For me, the most important thing is to be able to relay to people that, ‘Hey, these are the Taíno people, these are their myths, these are their words, these are the foods, like cassava, that they know. And also to bring forth my mother, who is such a wonderful wealth of knowledge in this, and elevate her platform to spread what she knows about it because she is so dialed into it,” DeMarco told BESE.

De Marco first discovered the significance of the Taíno people through her mother, Irka Mateo, a Dominican singer/songwriter and anthropologist.

Irka dove into the history, music and culture of her family’s Taíno bloodline by researching and eventually reclaimed the Taíno culture as an important foundation of the Dominican Republic, spreading awareness that the Taíno culture was not extinct like Columbus and the history books had recorded. Irka became one of the leading voices in the Dominican Republic of Taíno reconstruction and now works with other Taíno researchers across Puerto Rico and the Caribbean to repiece the Taíno language, myths and other aspects of their culture.

“So much of those melodies that I heard in the countryside of the Dominican Republic through folkloric Dominican music,[which is] influenced by Taíno culture, has made its way into my own music,” said De Marco.

Aside from her music, De Marco continues the traditions and customs of her people by building an altar and offering up a ceremonial blessing each time she and her mother plant her garden.

According to De Marco, Taíno culture has seeped into Dominican culture more than most people know. She said some Dominican superstitions as well as certain practices of the Dominican countryside come from Taíno practices. De Marco said for Dominicans in the countryside, burying little rocks underneath crops stems from the Taíno practice of creating cemis—a religious practice in which a physical representation of a god or demigod is placed underneath crops for good luck.

Today, De Marco’s mother Irka continues to spread awareness of the Taíno people and their contributions to Caribbean history and culture through her music, by teaching classes for children at the National Museum of the American Indian, doing shamanic work based on Taíno culture, and leading moon ceremonies based on Taíno mythology, the study of which has also helped others rediscover their Taíno roots.

At one event last year, Irka congregated with descendants of the Taíno people to learn and celebrate their Tri-partite identity (Afro- Indigenous-European), and honor their culture’s survival. Descendants of the Mexica and Tongva nations were also in attendance.

As for those who are trying to rediscover their own culture’s ancestral practices, De Marco advises to always stay curious.

“Ask questions. There’s so much information now online and there’s so many people on Instagram and all kinds of social media platforms that are trying to reconstruct the things that we weren’t taught [as kids],” said De Marco.

“So much schooling kind of glosses over that part of history because of colonialism and the denial of the atrocities committed. I feel like we’re in a time of rediscovering all of the things that make us who we are as Latinx people, which is so complex. [We come] from so many places, and oftentimes [those nuances of] indigenous cultures are [ignored.] There’s so much beauty and so much influence in our own language—for example, huracán (hurricane), tiburón, guayaba—are originally Taíno words that made it into Spanish language. So it’s really everywhere, we just have to take a closer look.”

De Marco and other young indigenous artists and activists continue to take that closer look, excavating the treasures of their roots that have been buried by centuries of colonialism and therefore allowing everyone to see their cultures blossom through new forms of art and storytelling. Their activism, art, and musical styles such as De Marco’s put the metaphorical stake in the ground that indigenous culture is here to stay, it’s here to be celebrated, and it’s here to educate youth that history will not erase the contributions and culture of indigenous peoples.