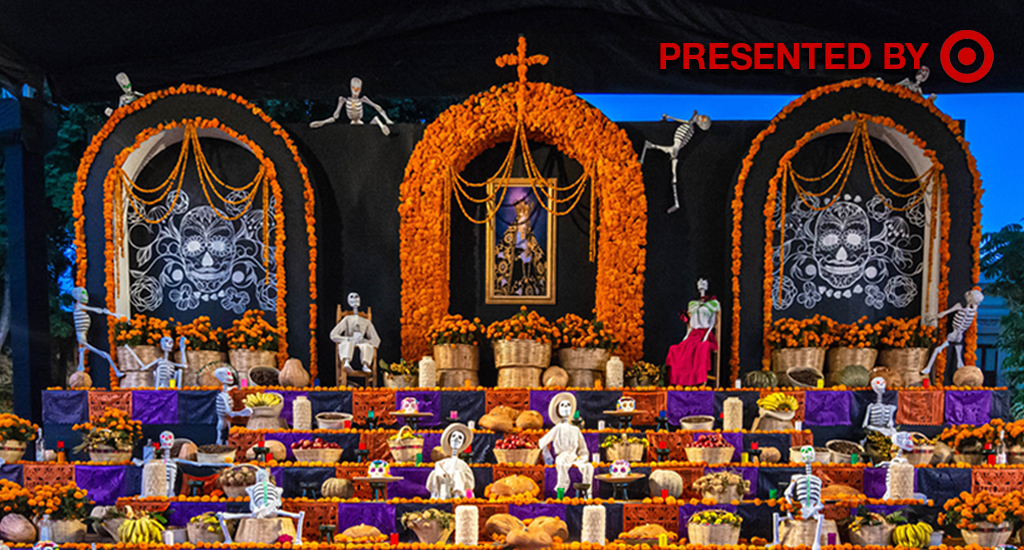 Día de Los Muertos is Not Your Mexican Halloween

Many still wonder if there is life after death. Throughout history, some have even put that question to practice—creating tradition out of mystery. Such traditions go back thousands of years to pre-Columbian Mesoamerica, where some of the earliest rituals honoring the dead began to take shape.

According to tradition, when the door of heaven opens at midnight on October 31, the soul of a deceased person may interact with their loved ones on Earth. The door remains open only until November 2, the Day of The Dead, when the spirit returns to the afterlife.

A few weeks ago, families gathered together to celebrate two fall-favorite holidays. But the proximity of the dates of Halloween and Día de Los Muertos is a mere coincidence. Originally, neither had to do with the other.

A pagan celebration resulting from Christian syncretism and the Celtic festival of Samhain, Halloween was first established to mark the end of the harvest season and the beginning of winter every October 31st.

The feast of All Saints, celebrated on November 1, was officially established by Pope Boniface IV in order to honor all the saints at one time. But the festivity originated almost 700 years before the creation of Halloween, and the commemoration date was included in the Catholic calendar by order of Pope Gregory IV.

Halloween had its first mention in the 16th century as a derivation of the expression “All Hallows Eve”, (from Middle English Alholowmesse meaning All Saints’ Day) reaching the United States in the mid-19th century. The traditional festival also had its heyday in Ireland, where it is customary to carve pumpkins to use as lamps, also known as “Jack O’Lantern.

Laughing in the Face of Death

For some, it may seem a bit strange to pay tribute to the memory of those who are no longer with us amid such a joyful time of year and with such joyful celebration. In Mexico, families observe the Day of the Dead by decorating  the houses of the deceased with colorful altars. Next to their loved ones’ photographs, they place offerings such as the “bread of the dead,” their favorite fruit, drink, and other things the person enjoyed in life.

The festival also extends to the graves of the deceased in several cemeteries in rural areas throughout Mexico. For altar decorations, families use Cempasuchil, (Marigold) a plant with beautiful orange flowers that attract attention due to their showiness. Coincidentally, their tones are similar to those of Halloween pumpkins.

Although we see skulls on Halloween, they are not as vital for decoration as they are during Día de Los Muertos, where skeletons made out of granulated white sugar and decorated with colors are the main reference pieces of the holiday. One of those skeletons, La Catrina, an elegant woman who dances among the graves dressed only in a hat, was created by the Mexican cartoonist José Guadalupe Posada, more than 100 years ago. She was called originally “La Calavera Garbancera”, a name which, according to historians, came from chickpea sellers who denied their indigenous heritage and imitated europeans.

The Sweetest Trick or Treat

In ancient times, Mayans believed that skulls symbolized a kind of rebirth. During the November 2nd festivities, candy skulls filled with chocolate, jams, and other seasonal flavors usually sell out in Mexico. Sugar skulls, which originated with the arrival of the Spanish conquerors who kept the tradition as a sweet confection, are usually found adorning the altars dedicated to the dead. The use of skulls is a direct nod to the time of Mesoamerica altars, where indigenous peoples placed rows of sacrificed human heads to honor the gods.

With regards to Halloween sweets, the origins date back to an old Christian tradition of giving spiced biscuits known as “soul cakes” to those who religiously prayed for their loved ones on Halloween. The initial trick or treating was dated back in Ireland and Scotland in the 19th-century, people would go door to door reciting verses in exchange for food.

This tradition was brought to America by immigrants in the 1920s, however, trick or treating didn’t become a widespread practice until the 1930s. It is unknown where the phrase “trick or treat” was created, but it was established in the United States by 1951, when the expression was portrayed in the Peanuts comic strip.

Between the 1930s and 1950s the practice changed. It wasn’t until the early 1960 that Americans began to distribute candy, since it came wrapped and therefore seemed safer for little ones.

Halloween celebrations take place all over the United States.According to estimates by the National Retail Federation, families across the US spend about $ 8.8 billion a year on candy, costumes, and decorations, a sweet injection for the economy that comes with gigantic parades and numerous block parties.

One of the most colorful spectacles is the Halloween Parade in East Village, a vibrant neighborhood in New York City. For the past 45 years, this event has displayed more than 60,000 people in costumes and ornate floats.

Meanwhile, the Day of the Dead, although it does not have the same impact at the national level as Halloween, is gradually gaining ground, especially in cities with a strong presence of Mexican immigrants.

According to the Pew Research Center, more than 36 million people of Mexican origin live in the United States, in communities based mainly in California, Texas, Florida, and the city of Chicago.Some of the most impressive US-based celebrations include the famous Día de Muertos Parade in Dallas, the Olvera Street markets in Los Angeles, and the Catrinas Parade that navigates the RiverWalk in San Antonio.

During the past years, the beauty and cultural significance of Día de Los Muertos became better known to Americans with the arrival of the 2017 Disney film ‘Coco.’

The exciting story of the film recreates the tradition of Día de Los Muertos through the eyes of a young, mexican boy who got the chance to reunite with his loved ones by making a magical journey to the land of the dead. Coco’s message is to tell us we should value our family not only here on Earth , but when they pass as well.

This tradition that characterizes the Latinx community allows us to celebrate death twice, confirming that those who are not here are still alive as long as we remember them.

The Flavor of Sound: Bistec de Palomilla and an Avaline Mojito with Cameron Diaz

In the Age of ICE, Filipino Filmmakers Make Sure Their Voices Aren’t Forgotten