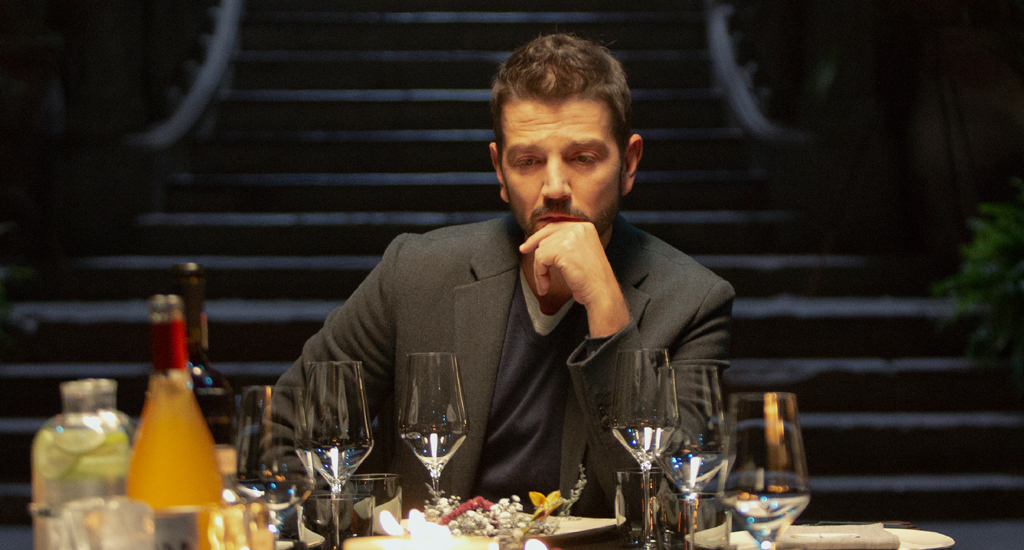 In this seven-episode series, Luna sits down with renowned chefs, a former president, journalists, activists, survivors, policy-makers, actors, and musicians from across Mexico and Latin America to discuss controversial topics and issues.

These in-depth conversations occur at different tables, each with a unique topic of discussion, and a distinct meal prepared for the guests by a renowned chef. Prior to the pandemic, the series was filmed at restaurants from Valle de Guadalupe to Puebla, Mexico.

Each episode dives into issues plaguing not only Mexico and Latin America, but also the entire world—global issues ranging from gender-based violence, drug legalization, racial inequality, climate change, and more.

When Luna and his crew were done with their initial six episodes, they decided to turn the camera on for one more issue— the current pandemic—as a way to reflect and ask questions in the “new normal.” After the remote episode was produced, it ended up being chosen as the premiere episode of the series.

“I think this is probably the most personal project I’ve ever done, and I believe [it’s] a reflection and a concept that hopefully can get to many other tables, many other people and start affecting the way we listen to each other,” Luna told BESE.

When asked about which topics deeply impacted him the most, Luna said three of the topics caused him to look inward and reflect.

“I would say the most transforming ones were the ones about racism, the one about gender violence, and the one about the climate emergency.  Those three, they confronted me in a way the others probably didn’t. I sat down at those tables thinking of myself in a way that, at the end, I realized it was a lie,” he said.

The weight of those conversations are long-lasting for Luna.

“Through the process of doing ‘Bread and Circus’ or ‘Pan y Circo’ many questions were raised at the table that stayed with me and that somehow, they are affecting the way I relate to the most intimate and personal stuff. Every relation I have, every personal relationship now is influenced by what happened at those tables,” Luna said regarding his personal connection with the series.

The second episode is dedicated to gender violence and femicide. Chef Alexander Suastegui uses the topic as inspiration for her culinary expression, taking fragile ingredients and treating them in a violent manner. For example, Suastegui explained that while dessert is expected to be sweet, she wanted to serve her guests something tart to mirror the discussion topic, which itself was bitter.

Once the dishes are served, and bites are taken, Luna invites the chefs to join the conversation.

“The point of these first topics, and the one of gender violence and femicide one, you cannot just talk about that issue in that table. It’s an issue that is part of everything. We are talking about a system we all operate in that we have to change. It’s the same if we talk about racism, it’s not an issue that has to be discussed just in one table—because it is part of every discussion that we have. That is the beauty of a conversation that happens in a table where there’s time to go deep and concentrate on the nuances instead of just the surface,” said Luna.

Luna went further to say he hopes the conversations leave viewers encouraged to reflect on the areas where change can happen in their own communities.

“It’s a thing we have to start working on; we have to make sure we are willing to give away the privilege and to start thinking of others the way we think about ourselves. Inequality is something that we have to tackle from many ways, from many angles. I think that is our big responsibility today,” Luna said about the changes society has to make as a whole.

Luna said he hopes to continue exploring these difficult topics and engaging people in thought-provoking conversations as a way to tackle society’s many issues (if the show gets picked up for a second season).

“I see this table traveling and finding other communities, other contexts and bringing conversations, important conversations, to places where I can go and discover through food, bits and parts of a culture that I can learn from,” Luna said.

Some of the topics at the top of his list are education and the safety of journalists.

“I would love to talk about journalism in the world, in countries like mine where it is so dangerous to be a journalist and be there to tell the stories that are happening. There are many, many issues, many topics that need to be discussed at a table. Gladly today we’re getting enough attention that I am hoping we get to do another season and we’ll sit down again in a table, and we’ll discuss what’s needed then. ‘Bread and Circus’ reacts to the present but just always thinking and projecting a future, a change we can be a part of,” Luna said about the potential future of the series.

Viewers outside of Mexico and Latin America can still find commonalities with the series regardless of how policies are being enacted in their home countries. The fight against misogyny, the fight against climate change, legalization of drugs, racial and gender equality—these are all issues that need to be discussed, especially among people with opposing viewpoints in order to broaden their understanding, as “Pan y Circo” shows.

The act of coming together around a table while breaking bread, whether that table is at a restaurant in Mexico or over Zoom during a pandemic, is the perfect catalyst for these tough conversations.

It’s Time to be Counted! Why It’s Important to Fill Out the 2020 Census

“Daily Show” Writer and Comedian X Mayo Isn’t Waiting for a Seat at the Table, She’s Building Her Own