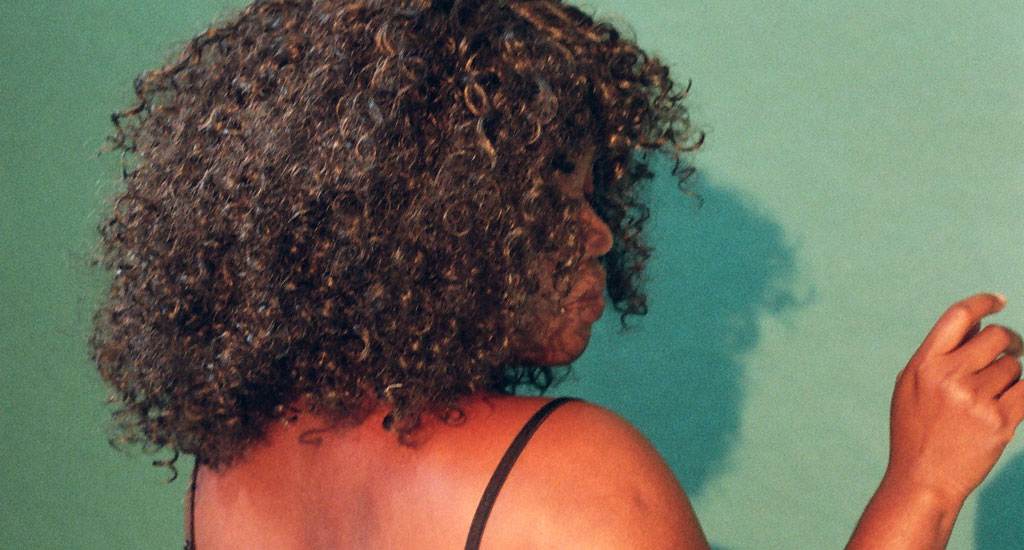 As a young girl in Nigeria, it was uncommon to see women with their natural curls. Their hair was usually tucked away in a protective style such as a wig, weave, or braids. Getting my hair done was a normal part of my upbringing; I can recall a few pre-boarding school memories that take me back to the early stages of my hair evolution, and they all revolve around the women in my life. On summer afternoons, I would lay on my aunt’s lap as she weaved my hair, waking up between turns; I would listen to their laughs and conversation then drift back to sleep. Reminiscing on these moments, I realized that getting my hair done was a hearty expression of love, it was one of the ways my family and I cared for one another through beauty and pampering. One of our many family friends—who we used to call “Big Mummy”—would fly into Nigeria from the United Kingdom. I can still remember the chairs scattered all over our living room floor as multiple women began working on Big Mummy’s hair. It was the legendary “hair day” in our household—a day when my mother and aunts would braid and style each other’s hair. When I close my eyes, I can still picture the red wools used to wrap her hair rolling on the floor as the ladies worked it into Big Mummy’s hair, one twirl at a time. She would tease me for staring, but honestly, it’s how I learned to braid my own hair. When I went to high school, I noticed self-exploration was not as encouraged. My hair was expected to be in a protective style, away from my face, and at 11-years-old, I would wear my hair in variations of back and side patterned cornrows, otherwise known as a two-step. At school, there were strict rules regarding the dress code, which included hairstyles.

I went to a boarding school in Nigeria for about six years that operated as a British boarding school. There were extremely high regulations regarding hair experimentation and expression. Identity through fashion or hair was not an option. But even if it was, the representation that my friends and I  saw on our television screens was far and few between. The beauty landscape my friends and I had when it came to media was primarily American cinema. I watched movies like Twilight, 500 Days of Summer, and The Proposal—all films with white leads who had thin and fine hair.  Subconsciously I started to ingest the idea that beauty only meant straighter hair. A quote by actress Camila McConaughey about her hair journey has always stayed with me. She writes, “…Even though I stopped relaxing my hair years ago I still have a hard time letting my [curls] free, those little insecurities still pop in here and there[…].” Unfortunately, even though I do love my hair, there is still a small voice in the back of my mind consistently sowing seeds of doubt and insecurity. Regardless, I have continued to resist Eurocentric beauty standards by openly expressing myself through the way I style my hair. Namely, when I feel confident, I wear my afro up high and when I feel shy, I wear a bob wig. In every scenario I have lived through, hair has been perceived differently or used to spread different messages. For example, the Black Panther Party began a revolution that involved not only action but a legacy of wearing Black hair in its natural form. In the film industry, Cicely Tyson made a statement of poise and elegance by wearing her natural hair on screen. She gave a voice to the millions of women watching, telling them there was space for them in Hollywood. Her hair has generationally presented an empowering message: the power of hair.

Black hair is versatile and rich in history. In my Yoruba tradition, certain hairstyles were reserved for queens. Hairstyles like shuku were extravagant updos that center at the crown of the head. Queens would adorn the shuku with ileke (beads) to reveal their regality. In pre-colonial Nigeria, when villagers saw women in the market with shuku, they knew she was royalty. Before the British came to Nigeria, there were many traditions that showcased the nation’s rich and deep cultural history, including shuku. In the year 1800, Nigeria was colonized by Britain and was not able to gain independence until 1960. British rule left many aspects of our culture in blind allegiance to the remnants of colonial Nigeria. In our educational system, for example, conformity is highly valued. High school students are mandated to wear uniforms to school, and strict regulations on shoes and hairstyles are in place.

It wasn’t until I left high school that I started getting into beauty and exploring hairstyles again. I began to wear weaves, wear braids, and dye my hair.  Since then, beauty and hair have served as a gateway into self-exploration and self-expression. As I have grown, my hair has also grown, becoming a physical manifestation of the growth and healing within.

After high school, I moved to the states from Nigeria to join my sister, Yinka. I saw that she wore her hair in its natural texture. I was in awe of how full, healthy and luxurious it was. I felt empowered looking at her hair. It struck a new thought in me: “I can fully go natural without asking anyone for permission.” I only needed to give myself permission to do so. I could do something new. Sometimes you have to see others do something before you can believe it is possible for you too. It was incredibly liberating to not allow others to dictate how I could or couldn’t wear my hair. I shaved the back of my hair and permed it for the last time that summer.

All my life, I had mainly styled my hair in Afrocentric hairstyles. I needed to see different hairstyles in my entertainment to believe there was a place for natural hair in the mainstream media. It wasn’t until I saw Issa Rae on HBO’s Insecure that I realized how freeing it was to see a Black woman wearing short coily hair on television. Before this experience, I had not worn my hair out because I assumed it needed to be in some sort of updo.  My hair didn’t feel enough as is. It has been a journey of learning that my hair is for me to explore, experiment, and learn from. Things are changing and our current landscape has slowly begun to create space for Black hair on screen. It is with high regard that I remember the trailblazers like Cicely Tyson. She birthed a dream in Viola Davis, who began to dream of the stage because she saw Tyson on screen. One woman’s brave act paved the way for many, and we would not be where we are today without her work.

I look at magazines, and the models are more diverse than they were when I was growing up. Cover models are starting to look like the women I see in my day-to-day. This representation has shaped, inspired, and created a sense of belonging for young Black girls like me who need the message that their hair and face belong in mainstream media. Unfortunately, it is so easy to be derailed by the dominant culture’s beauty standards and conform to the status quo. This is why I have started to intentionally unlearn what I have been taught to consider beautiful and am now focusing on what appeals to me and what sparks joy in me personally.

I am still exploring what hair and beauty mean to me, but I appreciate that I have begun to see my face and features reflected back at me. There is still work to be done, but I would be remiss to ignore the growth that’s come in the past decade. There is hope for a generation that will see themselves on screen and be inspired to dream far beyond the stars.