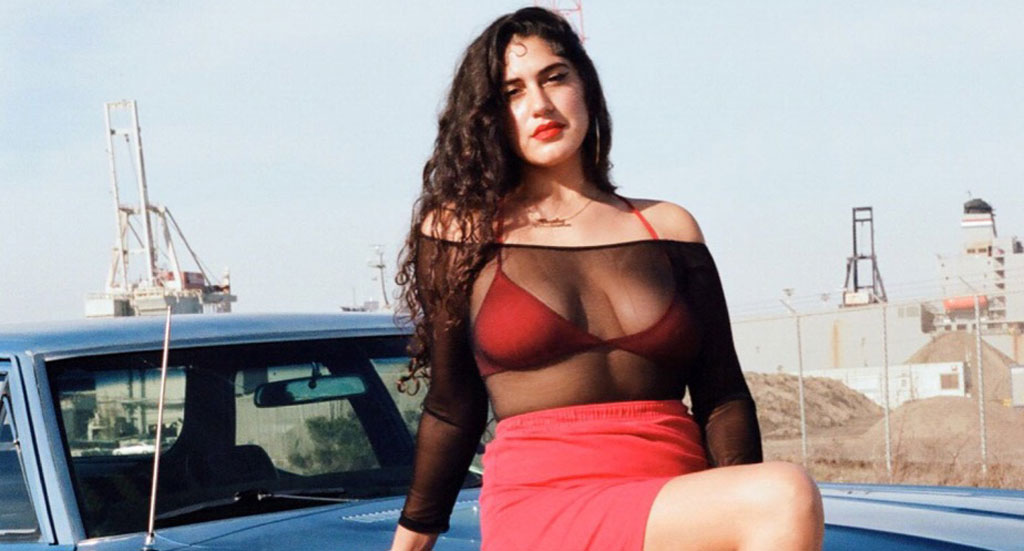 Femmeton Take Over: Revolutionizing and Politicizing Music with La Doña

La Doña, whose real name is Cecilia Cassandra Peña-Govea, is changing the world of music. Her incredible talent has been cultivated since the early age of seven performing in her family band, making her into the multi-faceted and multi-instrumental artist artist she is today. This Mexican-American musician can do it all and is invigorating the way we are used to hearing reggaeton.

Creating and cultivating the term “femmeton”—an explicitly feminist variation of traditional reggaeton—is just one of the many ways La Doña is leaving her mark on the Latinx music scene.

She recently performed at RedBull’s Estados Unidos De Bass series and sat down with us via Zoom to talk about the evolution of her sound, the most rewarding and challenging songs from her album “Algo Nuevo,” what she believes is the biggest challenge facing our generation and more and more.

This interview has been edited and condensed for clarity

You started your music career with your family at the age of seven. What has been the biggest influence on your sound over the years and the evolution into what it is today?

I think that a big difference is that I grew up playing folkloric, musica tipica, traditional music from a lot of different places, [and] a lot of different regions throughout Mexico and Colombia, Dominican Republic and more salsa and tropical stuff like that.

But I think that this new iteration of my musical self is, or was, a lot more rooted in reggaeton and contemporary dance, like hip hop [and] newer forms of dance music. I see that as a pretty big difference, but then as I was telling [Griselda Flores from] Billboard[…]I think that this pandemic has allowed me space to realize that when you’re stepping away from solely performance based music, and pretty performance-based projects—because you don’t have a live audience—it has allowed for me to explore and kind of come to terms with going back to my folk roots and putting it all on the table.

That is true artistry. What is the inspiration behind your name, La Doña, and your style? It sounds like your style has even evolved since the release of your album back in March of this year.

La Doña is actually a name that my friend in college came up with because we always lived in really big co-ops, like 10 to 15 person houses, and I was just, because of the way I was raised, I was very family-focused, and she would laugh at me and call me “La Doña” because I was like the head of the household. I would always be cooking. I would always be bossing people around, and so she was like, “Okay, Doña”.

I think at its conception, this project was very different from what I was used to doing. I was used to doing more traditional music, and even when I didn’t, I was playing Balkin music, a lot of trumpet and instrumental based music, so this was just me breaking free from all of the organized music I had always been partaking in since I was a very young girl and saying, “You know, maybe I’m just going to do something fun.  I’m just going to do something I would want to hear at the club, something that I would want to hear about to go out.” And so it started as [a] very liberating, musically freeing thing for me because I wasn’t used to expressing myself through songwriting and through this more authentic voice.

Playing a lot of this music is centered around the male narrative and written from the male perspective and also written like 200 years ago, so things have changed, and I wanted my music to reflect that.

You have been part of the revolution of Latinx music and reggaeton. You have even created a new form of reggaeton called “femmeton.” Tell me of the influence behind that.

I think that “femmeton” is a word that I have used to kind of frame my type of music as explicitly feminist and radical and politicized. I think that too often, the white canon of what is popular and acceptable has deemed reggaeton as a very surface level, sexist, patriarchal form of music, and I disagree with that, but I also see how it has functioned as such.

So this version of reggaeton, this practice, I always hope to honor and respect the Afro-diasporic nature of it and roots of it, as well as the folkloric influences, but it also is politicized. It is explicitly feminist, and it is for people who have similar lived experiences as I do, and it also shows function to those who are not willing to acknowledge or respect those experiences.

Tell me about Estado Unidos de Bass with Red Bull. How was your experience?

It was really fun. Especially because there [are] so few opportunities for performance these days, so it felt really good to not only perform live at a venue with an audience of one but also to have a showcase that was featuring Bay Area artists.

You talk about the diversity of the Latinx community in which you grew up in San Francisco. Why is it so important for you to talk about gentrification on your album?

San Francisco, especially The Mission District, is pretty unique in California because it was this huge, central node for a lot of migrants throughout a lot of different waves of migration. Especially, during the 80s with all of [the] civil wars and political unrest that was happening in Central and South America due to U.S. imperialism. So The Mission really became a place where people from so many different countries were gathering, meeting and creating culture.

They were creating this practice of muralism, literally painting the walls to reflect their realities and to reflect their desired futures. There was also a big practice of nuevo canción, which my father was very involved in with his band Los Peludos, which is an homage to socialism and communism.

It is unique, and it is different; it’s not like when I go to San Diego or LA there’s this really big Chicano culture, which I, of course, love and admire. I’m Mexican-American, so that’s where I’m at too. But San Francisco is different because it culturally holds space for a lot of different Latinx identities.

People started having to move, all stores closed. There was a lot of heartbreak in that era. Even as a child, I could see that, and I could feel that.

And then obviously, with the tech boom, it’s been even more so drastic. So there’s a lot of heartbreak that comes with living here and seeing all of your people displaced and moving out. Seeing all the stores you grew up going to [being] displaced, and just living with this pressure of uncertainty and kind of desperation of holding on, of doing everything you can to stay here.

So my songs “Quién Me La Paga” and “Cuando Se Van” reflect that. It’s also been interesting and really nice to hear from people in New York, Chicago and even Brazil telling me they vibe with that song, and the same thing is going on.

A lot of your lyrics are making political statements. What is the biggest issue that you think is facing our generation and the Latinx community?

It’s definitely a part of my family, my lineage. My tia Jessica Govea was one of the main organizers for the UFW [United Farm Workers]. There’s been a lot of intentionality, shall we say, in my family, especially concerning having a platform or sharing art. It’s always “Okay, well, you can shake your ass on stage, but what are you saying, too.” I do feel that sense of responsibility. I think generally it’s really difficult to say, “This is the main issue”[…] all of our experiences are intersectional. Therefore our problems are intersectional. I think a big thing that’s coming up right now. I just look at it as “different symptoms of capitalism and colonialism.”

Something I feel very concerned with now is police brutality and within the Black Lives Matter movement context, and within the context of what’s been happening here in San Francisco and all types of urban areas throughout the country and throughout the world honestly. It’s just an abuse of power, a continued disrespect and disregard, and [a] kind of intended genocide of Brown and Black people.

What were the most challenging and most rewarding songs to write and record on this album?

I think that “Cuando Se Van” was difficult for a few reasons; compositionally, I took a little bit longer arranging that one. I tend to get caught up in the arrangement side of things. The language came out very naturally, but it’s true that the language it kind of hurts. Every time I sing it, I’m still like, “damn dude, that shit is real, and that shit hurts,” it’s like I’m hearing it for the first time. That was difficult for that reason.

My latest release, “Chuparrosa,” was the hardest one for me. It’s easy to talk about fuck the police and being mad. It’s easy to talk about missing somebody and honoring their life, and it’s harder to do both simultaneously and gracefully. But I think that if attained, it is the strongest type of song because it is an experience. I can’t divorce my mourning for this person and my feeling for fuck the cops. So I think that one was probably the hardest but the most fulfilling.

And then also just on the musical aspect of it, it applies more of an advanced theoretical basis of knowledge.

Going into a show like Estados Unidos de Bass with Red Bull, is there an artistry to constructing your show? What is your process for that?

That’s such a huge part of it, the musical director side of it. I grew up playing in a family band, so on the way to a gig, we’re all in the car, with all of our millions of instruments and my dad’s driving, and he has a pen literally writing on his hand what songs we’re going to play and what order.

I find myself doing the same thing. I’ll create my setlist, “Okay, we can start with this and move on to this, when people are dancing, we can do this, then we can slow it down, and then we pick it back up.” It’s definitely very engineered. You’re creating an experience for somebody. You’re creating a world for somebody.

Lost in Translation: A Poem by Damneet Kaur