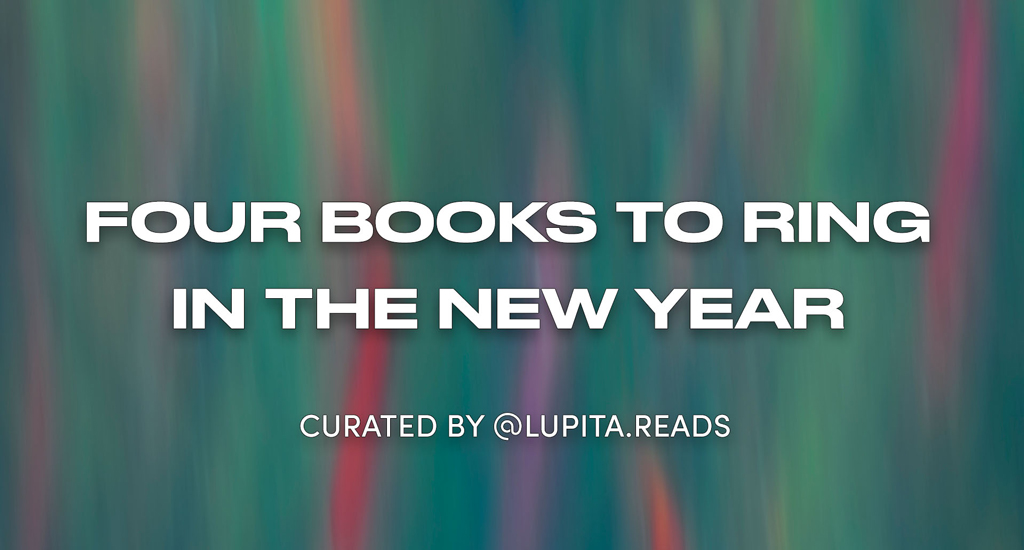 2020 has been an extremely difficult year. It’s a year many of us can’t and won’t be able to forget. As the New Year approaches, I think about where I was and who I was when I rang in 2020. Every year, I participate in New Year traditions that stem from Latin America and beyond. This December 31st, I’ll be placing a little more emphasis and energy into these traditions—and taking it a step further by creating book recommendations based on these practices. So, if you’re like me and you will have your 12 grapes for luck, a broom to sweep away negative energy, red underwear to bring love and romance and a packed suitcase for travel, check out these book recommendations.

If you try to shove 12 grapes in your mouth right as midnight hits to bring you luck in the New Year, you should read FIEBRE TROPICAL: A NOVEL by Juliana Delgado Lopera. Like Francisca, the main character of the novel, you want it all and you aren’t afraid to go for it despite what anyone else thinks. Set in Miami, this coming of age story follows Francisca’s journey of self-discovery as an unapologetic, queer teenager living with her Colombian family that has recently been pulled in and embraced by the evangelical church. This book is a stunning ode to our bilingual “ni de aqui ni de alla” (neither from here nor there) brains and a testament to the power in standing in your truth. Juliana Delgado Lopera is an award-winning Colombian writer, speaker and storyteller based in San Francisco. They are also the author of two other books:  “Quiéreme” (Nomadic Press 2017) and “¡Cuéntamelo!” (Aunt Lute 2017). Alvarez is  the former executive director of RADAR Productions—a queer literary non-profit in San Francisco.

If you’re one to grab a broom and sweep shortly after midnight to do away with negative energy, you should read A MAP IS ONLY ONE STORY: TWENTY WRITERS ON IMMIGRATION, FAMILY AND THE MEANING OF HOME edited by Nicole Chung and Mensah Demary. If you have a broom in your hand on New Year’s Eve, it means you hold the idea of home as sacred. You believe in caring for a space that keeps you safe and prosperous whether it’s because of the family within or the  home  itself. “A Map is Only One Stoy”A is a collective anthology that captures a variety of talented  writers exploring the meaning of home as well as writing about their experiences with immigration and family. In one story, a writer embraces a certain country as “home” not because of the time they’ve spent in it but because they have buried and lost a family member in that space. Nicole Chung is the author of the nationally bestselling memoir: “All You Can Ever Know” and the editor-in-chief of Catapult magazine. Mensah Demary co-wrote with Common on the New York Times bestselling book: “Let Love Have the Last Word.” He is the editor-at-large with Catapult Books and Catapult Magazine.

If you’re one to buy and wear brand new red underwear for love and romance in the New Year, you should read MANGOS AND MISTLETOE: A Foodie Holiday Novella by Adriana Herrera. This brief but enticing holiday novella of two Dominicana pastry chefs who are teaming up to battle it off to win the Holiday Baking Challenge. This book will fill you up with all the romance you are hoping for in the New Year. It will also make you hungry for all the delicious baked goods described in the novella, and have you  rooting for its main characters Kiskeya and Sully. Adriana Herrera was born and raised in the Caribbean. She is the author of nine books all which feature Afro-Latinx characters. She is an advocate for diversity in romance and has written for Remezcla and Bustle about the importance of our voices in the romance genre.

If you’re one to grab a suitcase and run around the block to bring you travel in the New Year, you should read SPIRIT RUN: A 6,000-MILE MARATHON THROUGH NORTH AMERICA’S STOLEN LAND by Noé Álvarez. This book will inspire you to find solace in the simple adventures—the ones we can find when lace up our running sneakers. I love that this  deeply spiritual memoir highlights the weight of being a first-generation student as well as the need to find who you are outside of your parent’s expectations. Noé Álvarez dropped out of  college at 19 years old to join a Native American and First Nations movement called Peace and Dignity Journeys—where individuals run long distance marathons to meditate peace and connection across North America. The memoir follows his decision to join the movement,  along with the physical and mental struggles of running a 6,000-mile marathon across the nation. Noé Álvarez was raised in Yakima, Washington. He holds degrees in philosophy and creative writing from Whiteman College and Emerson College. Previously, he worked as a security officer at one of the nation’s oldest libraries, the Boston Athenaeum.

LASTMONDAY Is Bringing A New Blueprint To Latin Urban Music