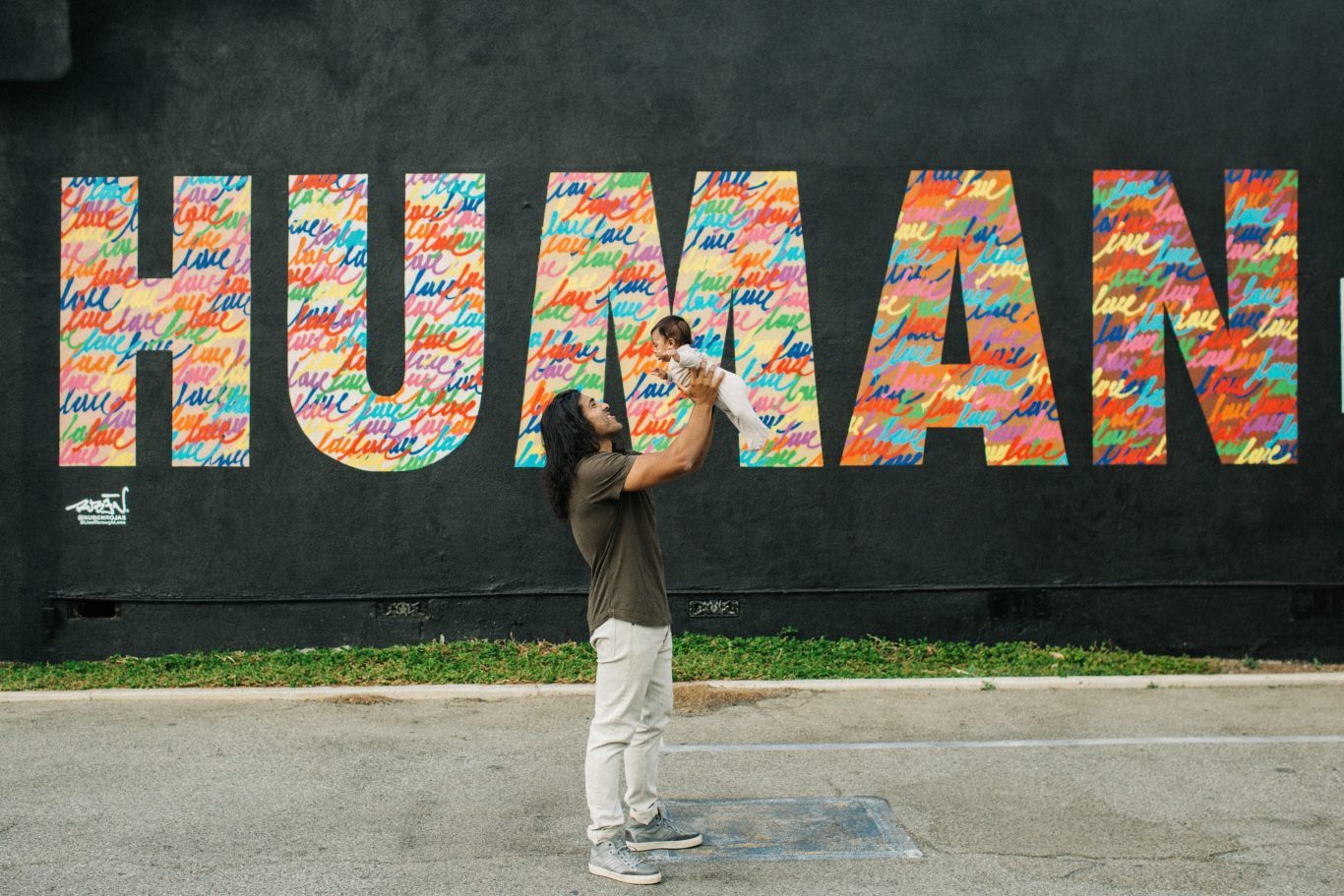 Ruben Rojas’ art can be seen all across Southern California and in various states across the nation. His vibrant and colorful murals—which he credits as a nod to his Colombian heritage—all capture the attention of those who walk by to see their positive messaging and the phrase “live through love.”

To the Los Angeles-based artist, this phrase is a part of his mission to inspire those who come across him and his art.

“The message is about love and living through love,” Rojas said. “And that’s a universal message. This last year has been one of the most trying years for a lot of humans. There was a lot of fear out there. So all I really want to do is show people that love [is something] that you can use as a guiding star. You can use that as a compass, and you can use it to find solutions.” 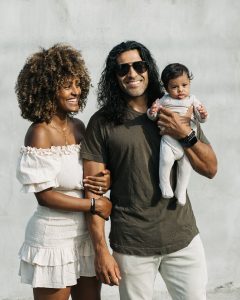 Rojas and his wife, Zee, recently became parents to their three-and-a-half-month-old son, Remmy. They hope to pass on lessons like Rojas’ slogan that will teach Remmy about the importance of self-love and knowing that he’s enough. Rojas believes his primary job as a father is to make sure that his son can navigate the waters of life and grow up strong and healthy so that he can chase after his goals and dreams.

“[Zee and i] We’re just captains trying to show [Remmy] a way to also navigate the waters we’re navigating. I think everything is by example. If we fail, ‘Yeah, son, I failed. This is me falling on my face. How do we get up from that?’ I don’t want to shield them from anything like that. So to me, fatherhood is just being the best example of a human that you can be.”

Rojas is putting this into practice by creating art that is both transparent of his life’s journey and that sparks joy for those who interact with his work. His first mural presented the question, “Who will you be?” on the left and on the right, listed 90 ways of being, with the words: grateful, joy, leader, responsible, and love on the side of the painting. It was proudly displayed on Lincoln Boulevard in Santa Monica, California, and reminded Rojas of his earlier years working in finance—a time that he says left him feeling empty.

He believes in the power of using art to start a ripple effect towards change. 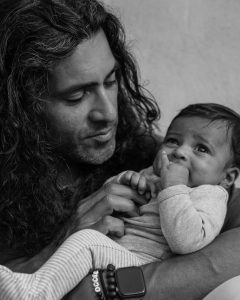 “I really believe that art changes people, and people change the world. So if I can help create some kind of impact or some kind of shift in someone, with how they’re feeling by one of my murals or one of my messages, [then] that person gets changed, [and] that person then can change another person. That’s going to create change in the long haul.”

He’s taking these personal messages and applying them to his new role as a father. Rojas views fatherhood as an added element of who you are as your children become an extension of you.

“You have this little being that’s going to look up to you as an example. Your children become an extension. They don’t become an anchor. They don’t become a problem. And what I mean by that is there’s a lot of people that have kids, and then they disappear. Sometimes we now try to find that self-love in our kids.”

But while that child is an extension of you, Rojas wants to remind other fathers and other parents that their children are not their trophy or a possession. Parents will often use their children’s achievements to show off to other parents, rather than digging deep and remembering to find their own purpose outside of their new roles.

“I could see how easily we could get lost in that. And I want to make sure I don’t do that.” I guess the fear is that I don’t show up the way I believe I’m showing up. Right? If twenty years go down the line and Remmy says, ‘Dad, you didn’t show up like this.’ And I’m like, ‘Wow. I thought I did. Where was my blind spot?’ But that’s on me. So I’m trying to really take as much responsibility. My wife and I are really working on us, our relationship, our communication so that we are examples of what he should be able to see and lean on.

Rojas understands that while he is not perfect, all he can do is ensure that his positive and uplifting messaging in his art translates to the life lessons he hopes to one day teach his son. 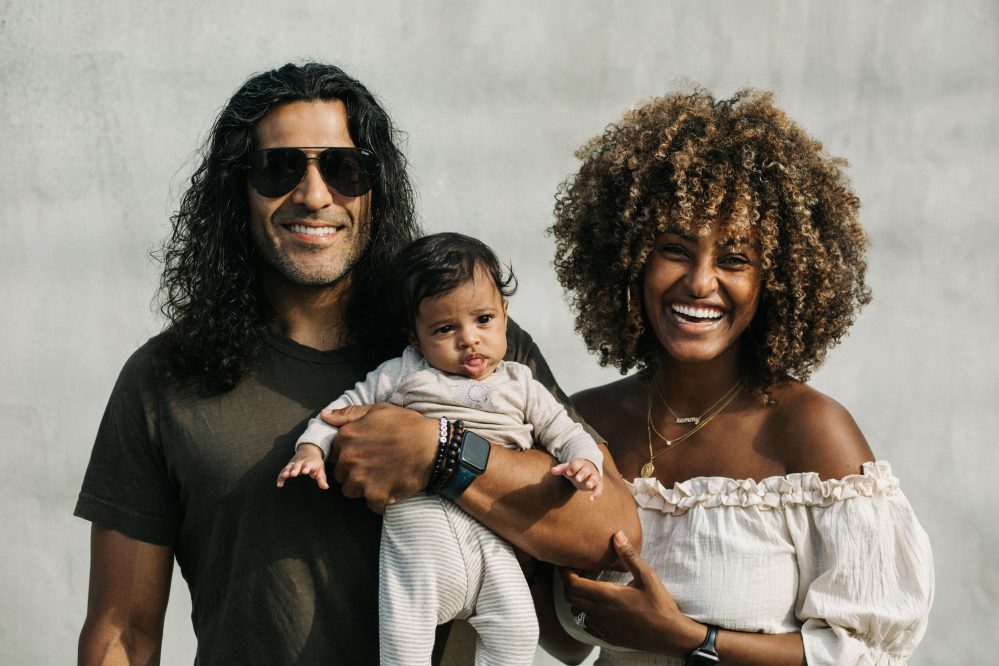