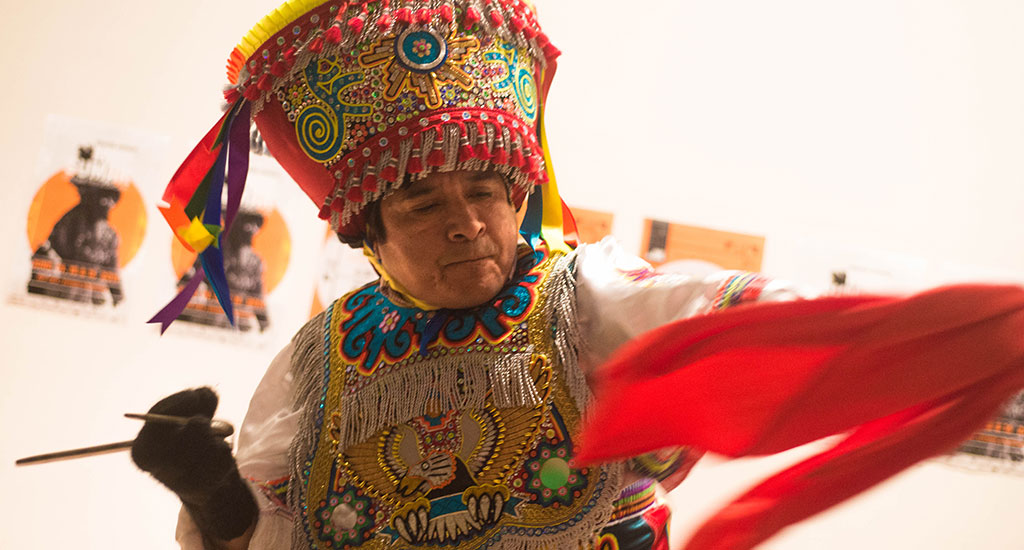 Charlie Uruchima—an Ecuadorean American kid from Hell’s Kitchen—didn’t expect to be accepted into New York University. But he did, and it was through his Latin American studies major at NYU that he became the founder of Kichwa Hatari, the United States’ first radio show in the indigenous language of the Andes. The show is an effort to normalize, lift and teach Kichwa, the Ecuadorean variant of the Incan language family, Quechua.

Revitalization of indigenous languages across the Americas is no new story, but New York’s quiet grassroots movement for Quechua is a reckoning centuries in the making.

The history of stigmatizing indigenous languages has caused people to deny their association to it, making it difficult to know exactly how many people speak it. However, academic consensus says about 8 to 10 million in South America—perhaps even worldwide—still practice Kichwa, making it the most widely spoken indigenous language from the Americas.

In the United States, New York is a major hub.

“But there are pockets all over the U.S. in surprising places,” Lisa Carney, a PhD candidate at the University of Maryland focusing on indigenous language, said. Quechua speakers in North America are often immigrants from Bolivia, Peru and Ecuador, but the language is also present in Argentina and Colombia.

Much of the Kichwa Hatari show is a story between the old countries and the New York region. 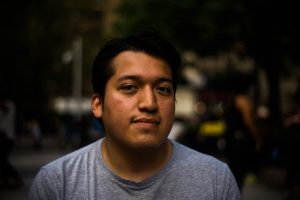 Uruchima himself is Kichwa, and like many of the second generation of the diaspora, did not grow up speaking it. Still, as he learned it at NYU, he realized just how much of it was baked into Ecuadorean Spanish—loan words and syntax that set it apart from European Spanish.

“Runa,” he said. That means “human being,” but Uruchima has only ever heard it used negatively in a Spanish context, and it often refers to indigenous people as well. “That’s the first thing you learn in class,” he said. “‘Runa simi’ means Quechua, or the ‘mouth of the people.’”

That is how he uses words—through Kichwa Hatari, beside co-founders and native speakers Fabian and Segundo, in a basement in the Bronx; through speaking to the vendors who sell fruit on the streets and subways of New York and realizing that they are also Kichwa; through choosing to use the word “runa” in a positive manner.

“It starts in the community,” Uruchima said. “It was too long before we were given a choice.”

What he means by that lies in history books, in the suppression of indigenous culture by European colonization and the subsequent social hierarchy that painted it as backwards.

In 2008, when Gonzales first founded the NYU program that would teach Uruchima, he had his students search for speakers in the community. The Andean diaspora is largely concentrated in New York and Paterson, New Jersey—where the significant size of the Peruvian community is known even back in Lima—but Gonzales, who is Quechua himself, found he was unable to interact with fellow native speakers. They spoke Spanish and denied knowing Quechua, but Gonzales would recognize them anywhere. “I heard their syntax,” he said. That happened often. That association between backwardness and indigenous people—that shame—existed while he was growing up in his native Peru, though he himself grew up in a mountain community where that stigma was largely absent.

Things have changed, most noticeably in the past five years. Gonzales sees it. Uruchima sees it. A walk down the Bronx or Queens, and one sees people wearing the familiar hats and shawls of Andean clothing. Perhaps the shame is fading.

Certainly, more institutions are studying and teaching Quechua. Ithaca College offers it as an option to fulfill the Latin American studies minor language requirement. Peru recognized it as an official language in 1975, with Bolivia and Ecuador doing the same in the mid- to late 2000s. Disney Pixar’s Coco and Dreamworks’ Shrek were dubbed by native speakers. Rafael Correa, the Ecuadorean president until 2017, was the first to speak it in living memory.

And through Gonzales’s program, NYU offers classes open to the public.

Languages indigenous to the Americas are fading out, renewing academic interest in revitalization. For those from the Americas and the Andean diaspora, it is a matter of keeping their identity in a post-colonial world.

“There is a level of prestige now,” Gonzales said. “They feel proud.”

That’s the story of now, anyway. It took time. For New York City, it started with Andean migration in the 1960s.

Elva Jimenez-Ambía was nineteen when she came from Peru to Brooklyn, married and resentful that she had to move for her family to eat. Within the next seventeen years, she brought her husband over and got to know him, worked, raised children, and finally graduated with her two bachelors’ degrees. Eight years as a teacher, eight years with the Board of Education and eight years as a social worker. 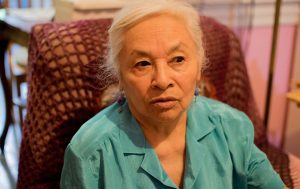 Elva Jimenez-Ambía, director of the Quechua Collective of New York.

One thing after another, these numbers trickled by as she built a new life.

She was always proud of her roots, but survival meant learning English and teaching her children the more universal Spanish. “I did not teach them Quechua. It was Castiliano and English,” she said. “I am guilty of it myself.”

Then she looked to the Brooklyn Library at Grand Army Plaza, and wondered why they had only a small Quechua phrasebook. It was around 2011.

“Every other language was there,” she said indignantly. So she and Gonzales’ NYU group joined forces to raise awareness. She is now director of the Quechua Collective, through which she teaches the language and hosts cultural events. It is one of the first major names in the New York Andean community that any of them can remember.

Kichwa Hatari is in the Bronx and Gonzales’ program in Manhattan. Quechua Collective’s festivities—which according to Jimenez, “have to have music”—until recently, took place in Terraza 7, a venue in Queens.

But these three groups are not limited to sharing culture among New Yorkers. Kichwa Hatari collected donations to provide aid for the 2016 earthquake in Ecuador, and Jimenez is currently planning to publish a picture book—in English, Spanish and Quechua.

“The answer is in our ancestors,” Uruchima said. “They didn’t know borders, like Ecuador, Peru or Bolivia. What we do is turn back the wheel, keep indigenous culture alive in the current context, which is a lot harder. We just close the gap and keep the wheel turning.”

Lead Image: The Andean Scissor Dancers at an NYU event. All photos by Demi Guo.