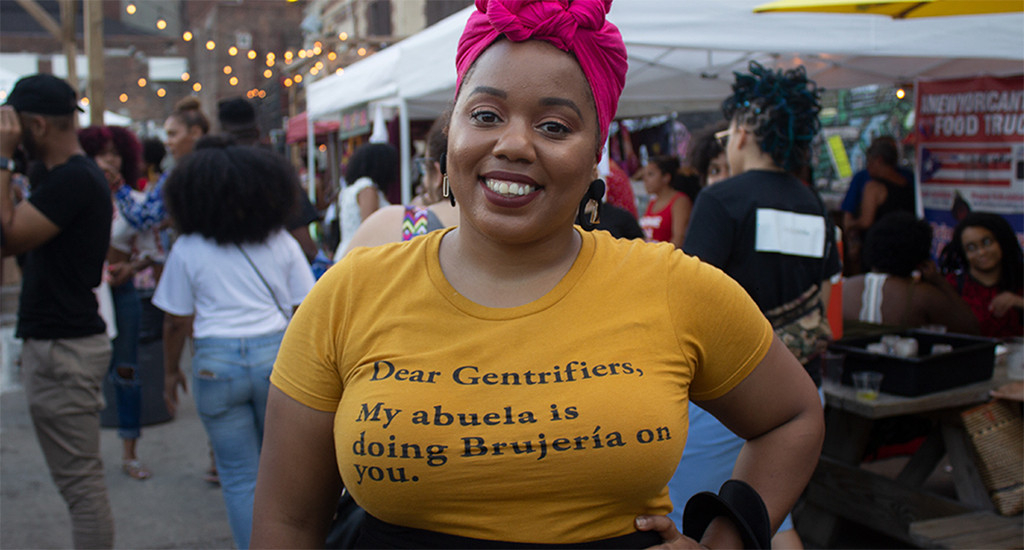 Inside the Afro-Latino Festival of New York City

The Afro-Latino Fest of New York City returned this past weekend with a new theme of “Identity and Beyond.” The message was clear and impactful: it’s not enough to simply acknowledge your ethnicity, it’s time to change the lived reality of Afro Latinos all over the world.

Being Afro Latino is so much more than hair texture and phenotype. It’s the long fought struggle in Colombia and Nicaragua over the land owned by afro indigenous communities. It’s the right to be acknowledged as an ethnicity on the census in Peru, Bolivia and Panama. It’s the complete lack of awareness around how Afro Latino immigrants are constantly left out of the mass deportation narrative.

Over the course of three days, the festival furthered this message of global understanding with panel discussions and films at the Schomburg Center for Research in Black Culture in Harlem. Posthumous honorees included Queer Afro Brazilian politician and anti police brutality activist Marielle Franco, who was assassinated earlier this year, and Afro Colombian environmental rights activist Bernardo Cuero.

As always, the event also celebrated the community with food, music, and vendors. The closing night concert was the biggest party—which was much needed after an enlightening weekend of activism—with notable performances by Afro Dominican band Yasser Tejada y Palortré, rising rapper Latasha, and headliner Amara La Negra. 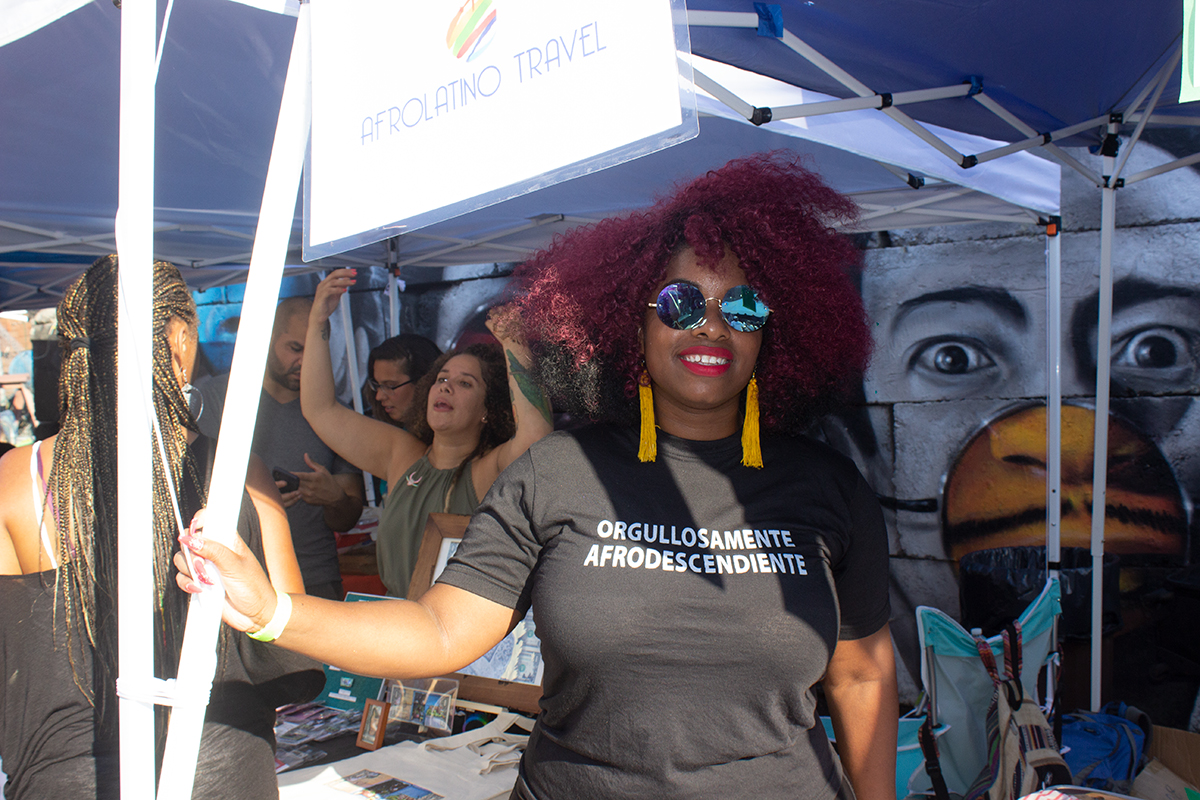 “This is our sixth annual festival in Brooklyn. The festival focuses on celebrating blackness in Latin America through educational panels, discussion, music, dance, food, activism and organizing.”

“The festival founders, Mai-Elka Prado Gil and Amilcar Priestley are my friends. This is generations of work, and basically living out blackness and providing others with the space to do the same. And so this is really a culmination of each of individual and collective work. It’s beautiful black people, just living in their negritude and that’s all we ever wanted. This festival normalizes black joy.” 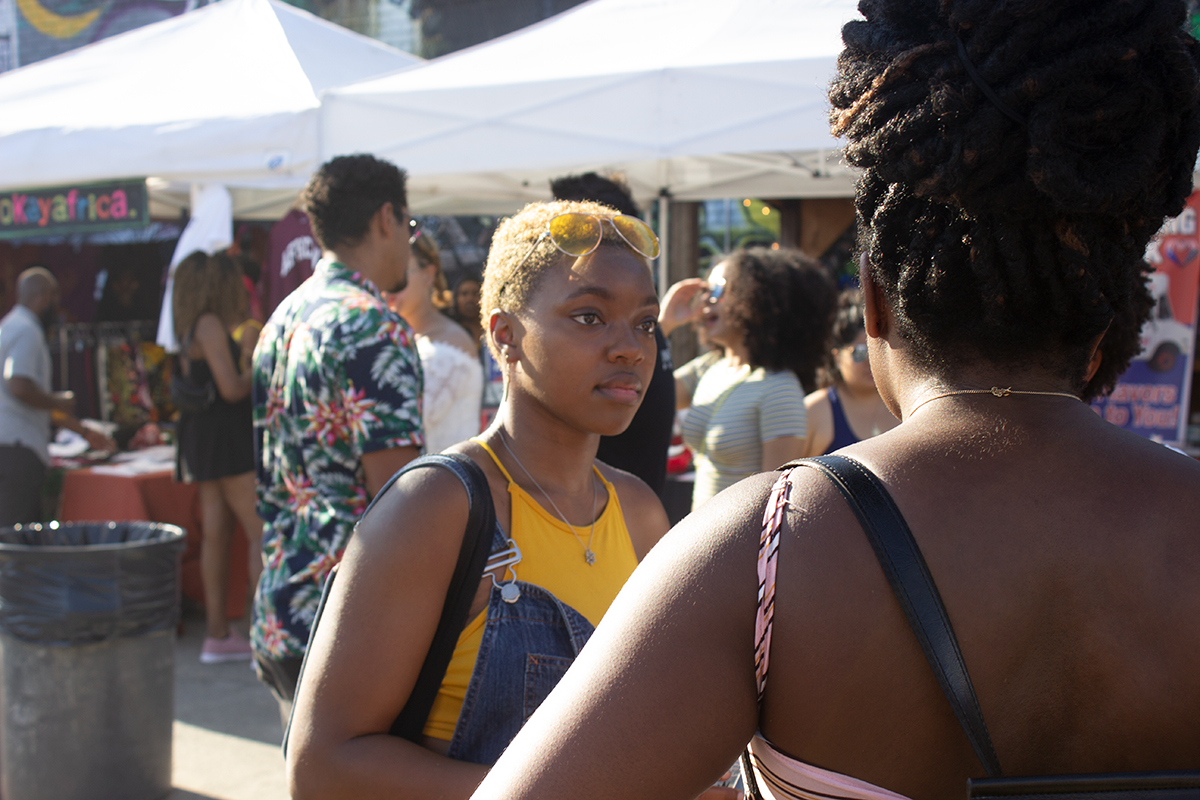 “I heard about this event last year and I was in a different state on social media and I was pissed. I was like, ‘Whoah! I didn’t even know this existed. I need to be there next year!’ And it’s just been so validating. I’ve been so full. This whole weekend has been so full. Being a black hispanic or of afro latinx culture, you’re always having to explain what it is and why certain things are important to you. [Here], I don’t have to give you a history lesson on who I am and it just feels so good.” 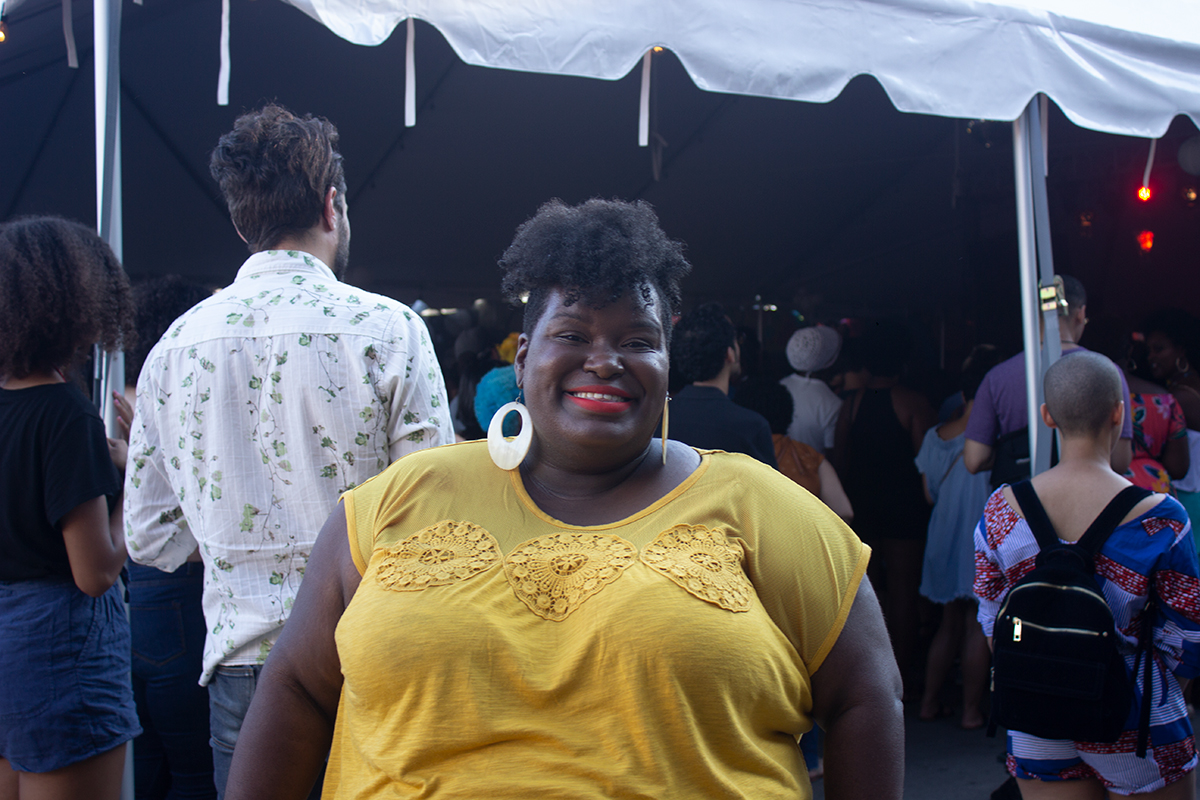 “Afro Latino Fest is a family reunion. A place where a dark skin plus size black woman can freely speak Spanish, switch up to patois, drop a wine, fake a two step salsa move, eat a salmon tamale, pastelitos, and talk revolución for both her political and personal identities. It’s home. It’s libertad. It’s hope.” 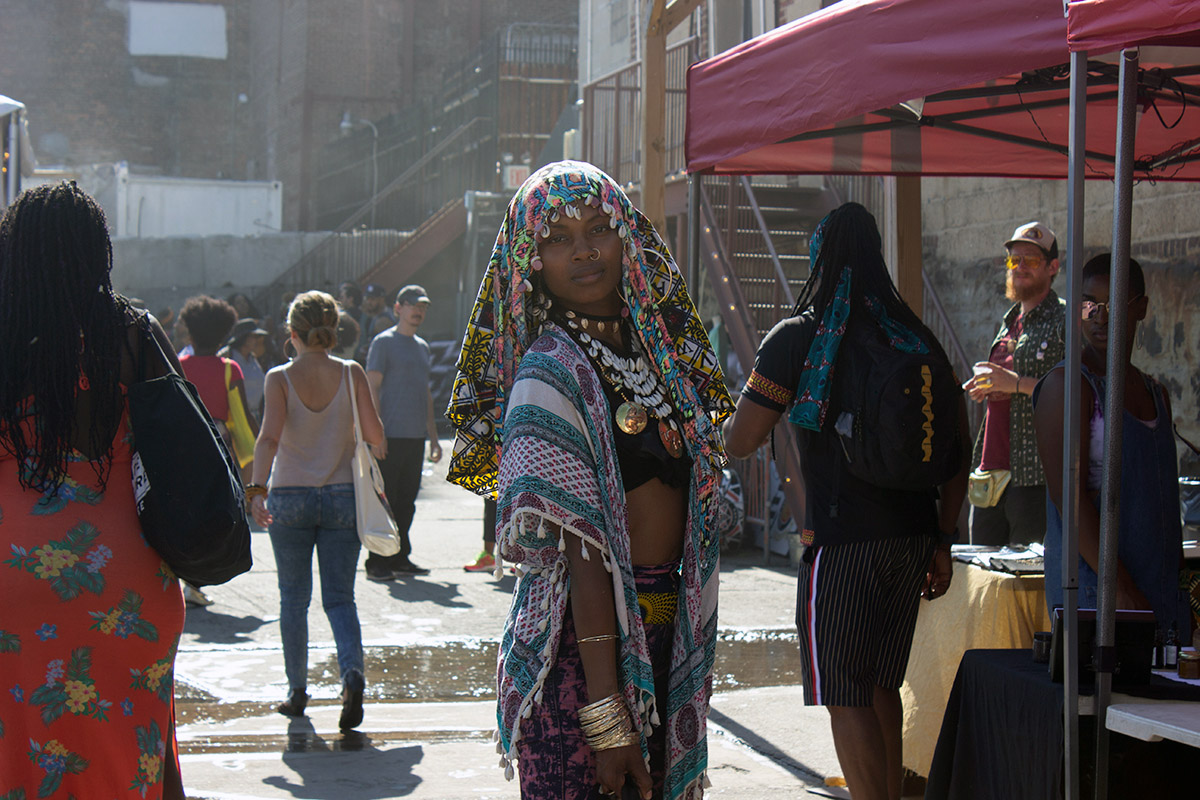 “We’re all connected, the culture is all one in the same. The vibe and energy here is amazing.” 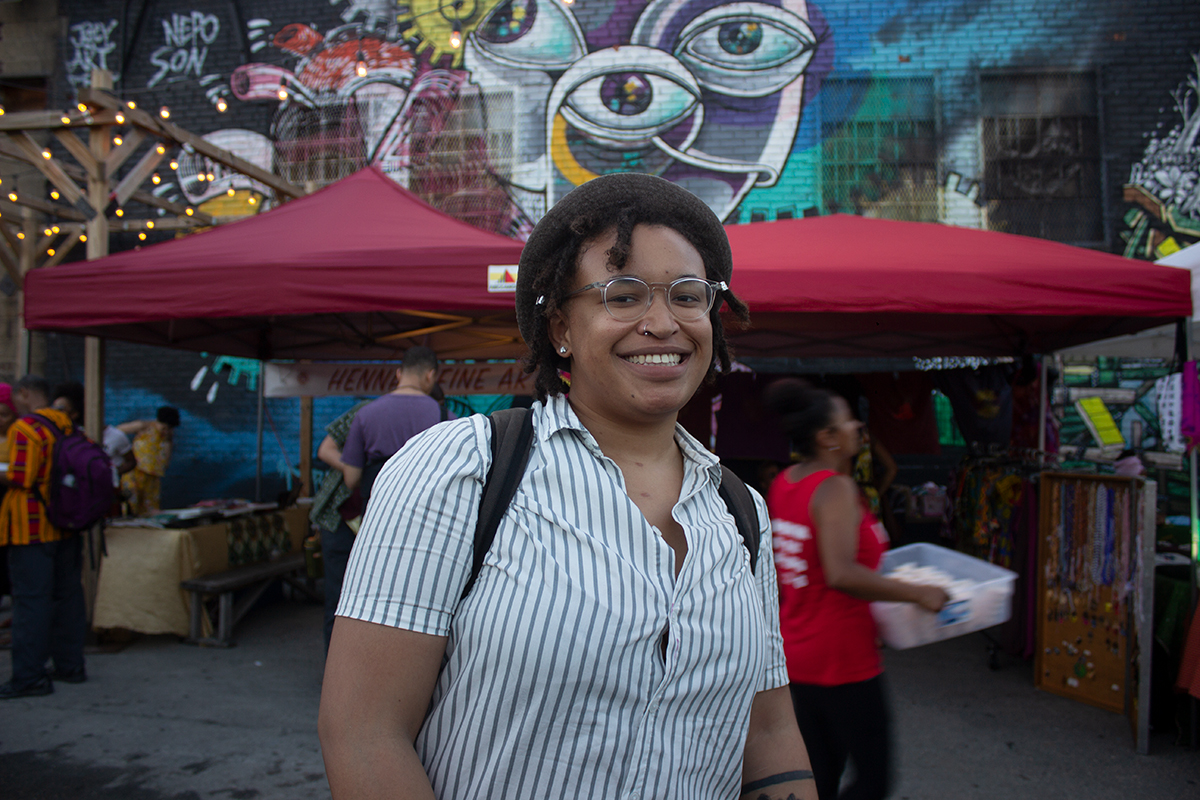 “I think I just figured out my thesis.” 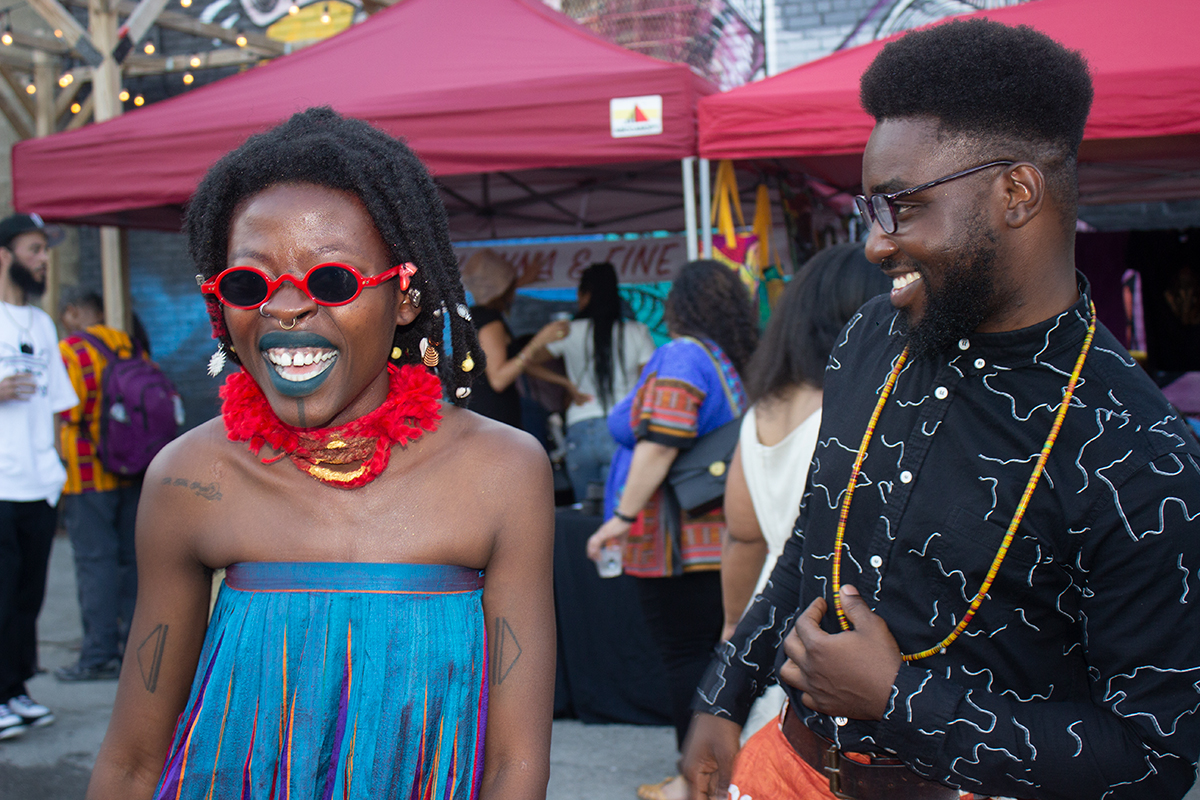 “So far, I’m feeling the vibes and the color and the textures. Excited to dig in.”

“I’m originally from Nigeria and I got invited here from a couple of friends who are Afro Latina. It’s a vibe of beautiful black people from all around the world. I love it!” 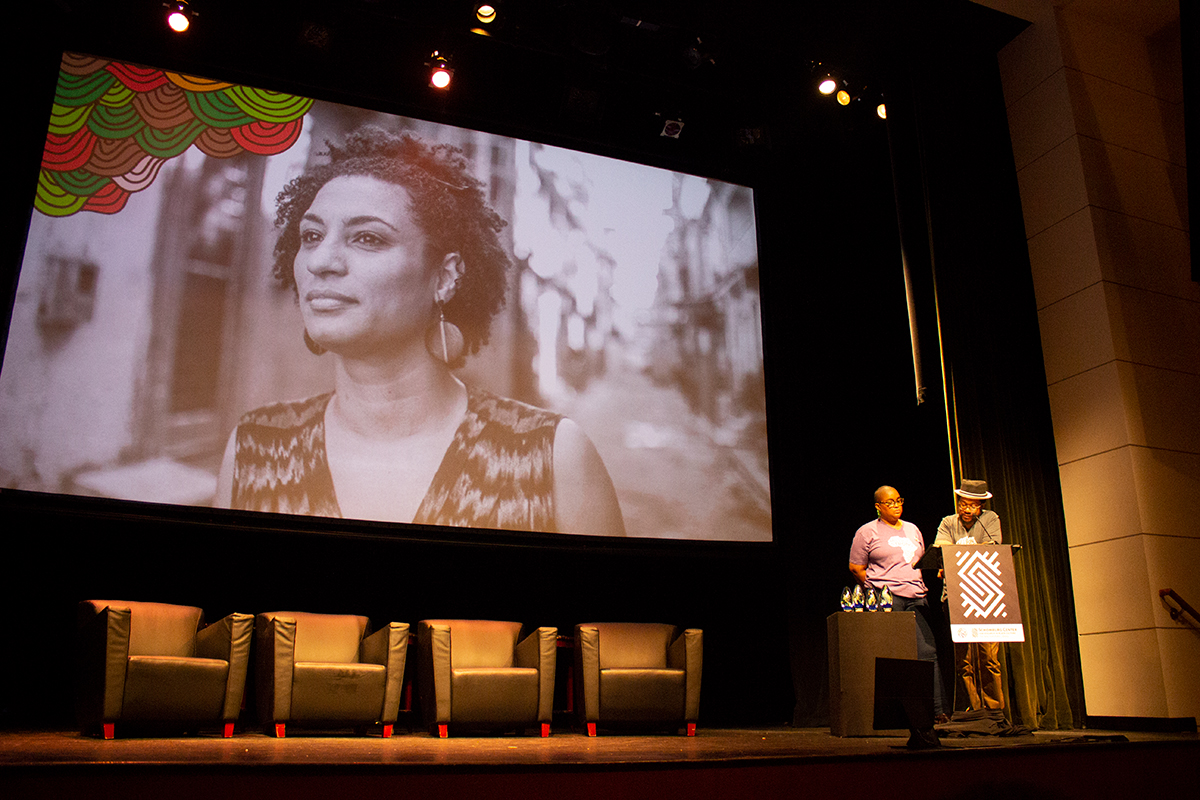 The Liberacion Film Festival was a new addition this year and featured four short programs as well as feature films about the Afro Latin Diaspora. The Displacement and Resilience Shorts Program featured compelling short documentaries about the displacement of Afro Colombians due to gentrification (Drums of Resilience: La Boquilla, Colombia), post Hurricane effects on Afro Puerto Ricans (AfroFuturos; a Defend PR Short) and the Haitian Refugee crisis on the border of Mexico (Jimmie Jean Louis Goes to Haiti). 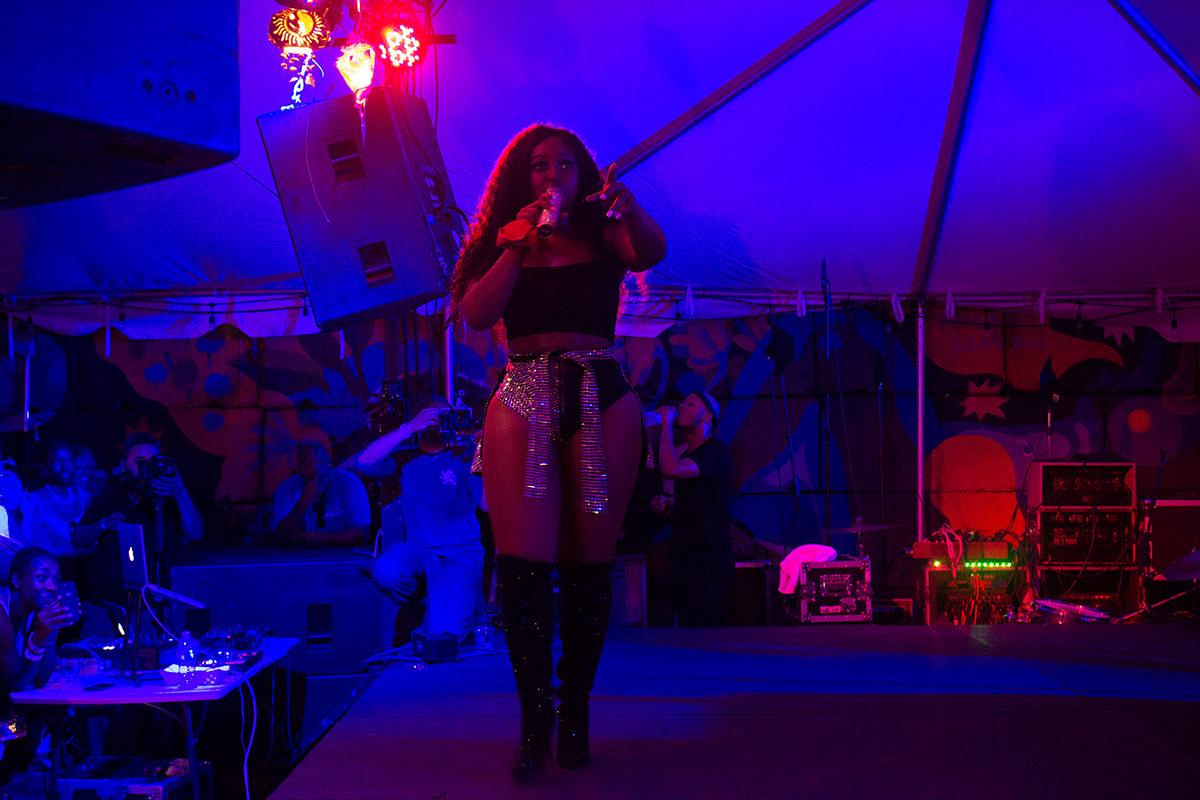 “This is my second time. As soon as I found out about it, I had to be here. I’m an activist for my community and I take it to heart to be able to educate and inform all around the world about our culture, who we are and how versatile we are. We come in every color and shape.”

[In an earlier version of this story, the name of an event-goer was misspelled. Nydiya now appears correctly as Nydia. We regret this error.]

Have a story you want to share? Email us at stories@bese.com.

Santería and Circuitry: The Electro World of Alpha 606