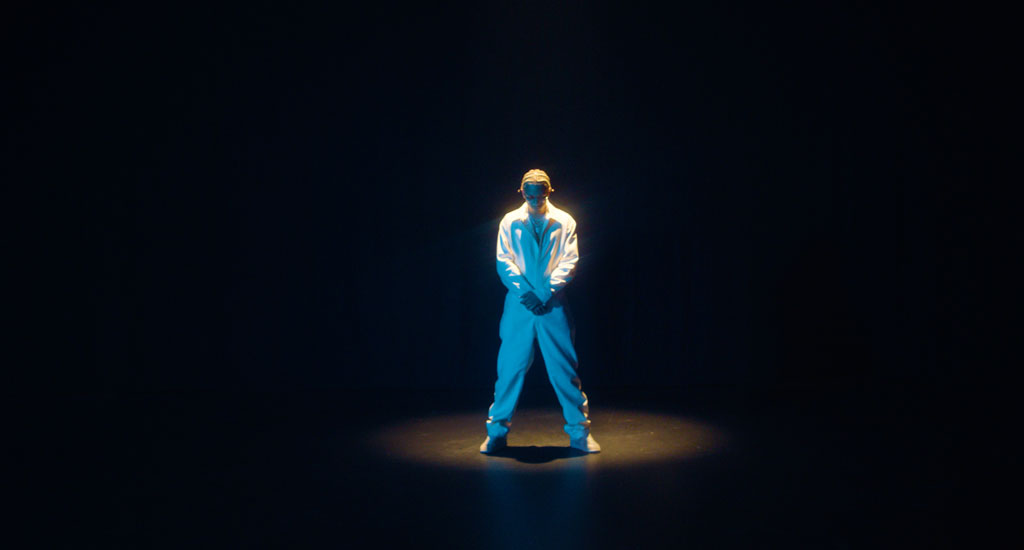 LASTMONDAY Is Bringing A New Blueprint To Latin Urban Music

A few years ago, LASTMONDAY, born Armani Valdez, was bouncing between The City College of New York and The New York Institute of Technology in pursuit of an architecture degree.

Eventually, the 25-year-old would trade design sketches for beat making sessions in the booth. He didn’t always know being a musician could be a possibility, but with the encouragement of family and friends, rapping found him.

“I started getting into music when I was in high school by playing instruments. But it wasn’t always music for me,” he says over Zoom. “Music was just always around, so because I have family in the business, they would always try to put me on. And I would always be like, ‘I don’t know if that’s for me,’ I never really thought it was something I’d be doing, but it’s the most important thing for me now.”

Part of that evolution and importance influenced how he would pick his moniker. His name is inspired from the transition he took from working in corporate America to becoming a rapper.

“It was just a crazy change coming from architecture and 9-5 life Monday through Friday, day to day, so it’s kind of like the last Monday from that world into this new artistic world,” he explains.

The Bronx bred reggaetonero has gained recognition from coveted music sites like The Fader, off the strength of his debut mixtape, Yo, Tigerito!, which dropped earlier this year.

Around 2017-2018, LASTMONDAY began taking music seriously and began experimenting with singing in Spanish paired with the hip hop sensibilities that raised him. Slowly but surely, he began to formulate his sonic modus operandi.

“I can think of a lot of lyrics in English, but then when I translate it to Spanish, it becomes a challenge,” he says. “But once you get used to it, you have a whole different lingo coming out.”

With that lingo, he hopes to make a mark in urban Latin music by infusing both his upbringing in The Bronx with the salacious sunny sounds birthed in Puerto Rico and The Dominican Republic. He hopes to take over a new territory that hasn’t been conquered yet.

“There is a lane still out there that somebody hasn’t captured yet, and it’s like, ‘Who is that next artist that’s Latin but also English speaking, and can deliver?’,” he ponders.

“Now we’re going to bring a whole new energy to the Latin game. There are going to be things that I talk about that people in DR won’t know what it is, but they will learn,” he continues.

On this brisk Wednesday morning, LASTMONDAY is sporting a light neon green T-Shirt paired with a silver chain. His eyes are concealed by pitch black sunglasses even while he’s inside at home sitting next to a brightly lit Christmas tree. His honey blonde twists dangle in the air, as he enthusiastically tells me his plan for the future.

For a new artist, LASTMONDAY talks with the conviction of a seasoned veteran. He hopes to work with a wide array of artists like Young Thug, Lil Baby, Ozuna, Anuel AA, Sech and El Alfa. And has plans to release merchandise soon. When it’s safe to perform live shows again, he says his background in architecture will come in handy for his set design.

Listening to Yo, Tigerito! and watching some of LASTMONDAY’S music videos for tracks like “Gato De’lla” and “Panamera” remind me of my own identity as a Dominican kid from The Bronx. Through his unique presentation and appeal, he’s the perfect sonic posterchild for those who grew up in between two different cultures.

As a kid, he remembers his visits to the Dominican Republic.

“I was the Dominican child that my parents let go alone. It was like, ‘aight we leave you at the airport and then you go and find your grandparents,’ ” he laughs.

“It was that kind of vibe for sure, but I wouldn’t go every year, it’s either I had summer school to go to or I didn’t want to go because I was too attached to the neighborhood.”

In spite of his attachment to his block, there’s no denying his career is taking him places. Throughout quarantine this year, he’s traveled to Miami and Los Angeles for studio time with artists like A.Chal and Fuego. Time will only tell where his talents will take him. Albeit, there’s something about his demeanor that screams confidence.

In efforts to finish off 2020 strong, he’s releasing a new single, “El Presidente,” this Wednesday, which through small sonic glimpses on Instagram seems like it’s going to pop. When asked what he’s learned about himself during this year, he dissolves into roars of laughter and says, “That I’m an artist.”

Lead Image Courtesy of No Other Agency

The Flavor of Sound: Pescado Frito with Cisely Saldana