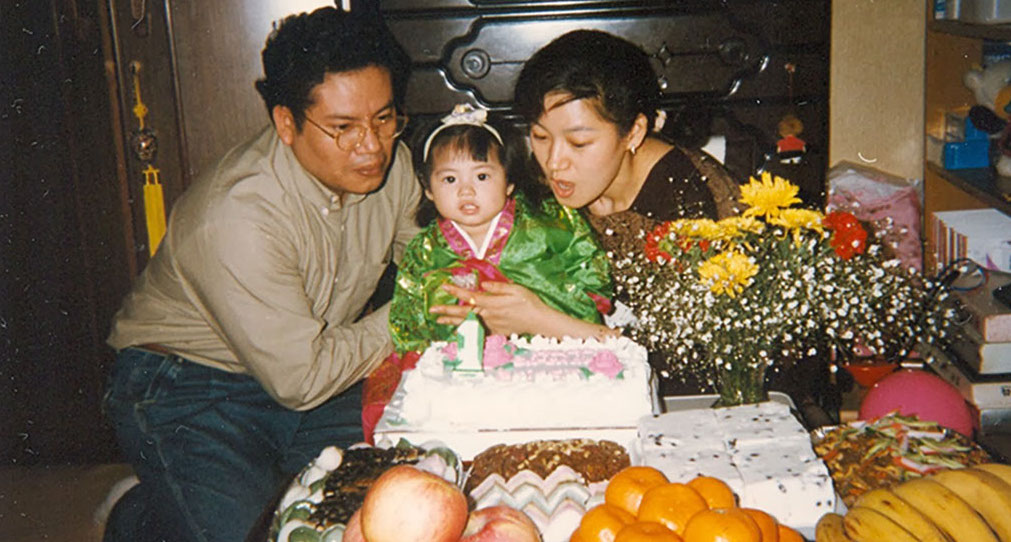 In the past year, there has been a rise in anti-Asian hate and racism in the United States. People in positions of power have used fear-mongering tactics to push the false narrative that Asians are riddled with disease. As a Latinx/Asian-American of Peruvian and Korean descent, I have personally dealt with anti-Asian racism in the past and have seen how the harmful rhetoric around the pandemic has escalated into physical violence and homicide against members of my community. These are not isolated or new incidents. Racism towards the Asian-American and Pacific Islander community has existed for years and led to tragedies like the Los Angeles Chinese Massacre of 1871, Japanese internment, and more recently it has led to the heinous massacre of the eight women in Georgia, the beating of an elderly Asian woman in San Francisco, the violence against the Sikh community in Indianapolis, the physical attack of an elderly Asian man in Koreatown, and the list goes on.

My cultural background is a beautiful blend of both Peruvian and Korean cultures, which explains my racially ambiguous exterior. I never really fit in as a full ‘Asian’. Nor was I ever ‘Latinx’ enough. Throughout my life, it has been consistently frustrating trying to separate my cultural identities and experiences into boxes and live up to other people’s expectations of who I need to be—to choose a side. And as I grew older, I understood that by doing that, I was doing an injustice to my existence. So, I learned to love who I was and accept that my cultures are a beautiful fusion. But as beautiful as this is, that also means I have experienced racism from both angles. Sometimes coming from both sides. This has been a line I’ve been forced to learn how to walk and balance as I’ve grown. When news first broke of the Atlanta shooting, I couldn’t help but notice that my Latinx peers were sharing posts on their feed with the hashtag #StopAsianHate, showcasing their solidarity, but also making a clear distinction that there was a separation between being Latinx and being Asian.

I would see posts such as “We have to support our Asian friends and support their community,” and it would present me with moments of confusion. I understood the intention and appreciated the support, love, and awareness that was happening, but I couldn’t help but think: Have I not always been a part of your community? Have you been enjoying our chaufa, tallarin, lomo saltado, and spices without recognizing our combined cultures? Is this a new connection for you?  It was mind-blowing to me that there was a “us and them” mentality, signifying that the combination of being a Latinx-Asian doesn’t exist or that we are a rare breed. But how could we be ‘rare’ when we are so clearly fused into the Latinx community? Whether it’s through influences of food and spice, art, television, and even how we raise our children. There is a major fusion and cultural exchange that happened. It’s not by coincidence. And it’s not a new identity.

Being Latinx encompasses a myriad of identities, cultures, and experiences due to colonization, migration, white supremacy, and the invention of racism. Media representation, lack of accessible information to the public, and division within our communities—enforced by racism and fear-mongering—leads us to forget that there is no one specific ‘look’ or ‘way’ to be Latinx.

Historically, countries like Japan, India, China, and the Philippines have done trade with Mexico and Peru from around 1565 to 1815. The Philippines has had a diverse and long history before the introduction of the Spanish empire, but because of its rich, central location between Latin America and Asia, this attracted the Spanish. As politics and greed increasingly converged, from 1565 to 1898, the Philippines experienced Spanish colonization and assimilation. Back and forth trade and business within Latin America (that was also in the process of colonization), led to the first introduction of Latinx-Asian people. Whether it was people from the Philippines coming to Latin America or vice versa, the introduction was made. Meanwhile, colonization grew in the Americas and the Caribbean at the same time, oppressing other groups with guns, germs, and war—which led to the death and almost extinction of many indigenous groups, such as the Incas, Mayans, and Taínos, as well as Black populations. And with the abolition and prohibition of the slave trade in the Caribbean, the conversation about indentured servants and cheap labor workers from China and India became a major focus for the Americas and the Caribbean, better known as the “coolie trades”. A majority of these Chinese and Indian migrant workers would end up in the Caribbean and along the coast of Peru. After the World Wars, Japanese and Korean immigrants traveled to Latin America. As time continues, other Asian countries would come to Latin America for business opportunities, refuge from warring countries, or even as a transitional stage to move up to North America. Latinx-Asian people have existed for hundreds of years.

Out of a dark history, our cultures have survived, evolved, and have supported each other for generations through a cultural exchange of food and spices, medical and modern technology, business, and trade. The “coincidences” between our cultures are not coincidences at all. Our influences and similarities are a direct generational result of global colonization. Throughout the years, Latinx, Black, Indigenous, and Asian cultures have suffered under white supremacy and its violent consequences. We are constantly pitted against each other, made to perpetuate the same racist and delusional narratives. It is no surprise that this divisive narrative is present between the Latinx community and other communities of color. That is what white supremacy does—it divides and destroys everything that does not conform to its image.

But the Latinx community, as I mentioned before, is something beyond one way of being. We are a beautiful and strong combination of all these identities and more. And as the Asian community is experiencing immense grief, I want to remind you, that Latinx-Asians have been within your own community this whole time. Our existence may have been invisibilized in many ways, but we have always been here. I hope that you take this time to understand that the intersections of multiple identities exist within our ‘Latinx’ narrative. There is a long history of Asian and Latinx solidarity we can learn and grow from. We can and should continue that support now and in the future. Whether it’s by re-educating ourselves about our history, taking the time to educate others, supporting Asian-owned businesses and organizations, or even reaching out to your friends and family that are hurting right now. Whatever support looks like to you, please do that. And be sure to also take time to take care of yourselves. Make space for your own healing and growth during this critical time. We need you, we need each other in this fight. This fight against white supremacy involves all of us.

Lead image courtesy of: Ren Fernandez-Kim
Pictured: Ren as a child with their father and mother. 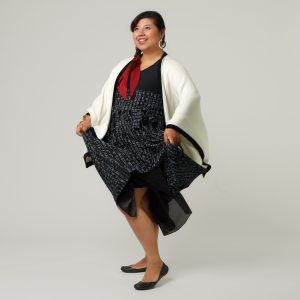 Ren Fernandez-Kim (she/they) is a nonbinary Korean and Peruvian American artist, anthropologist, and educator. As an individual thriving with the intersections of multiple identities, Ren specializes in bringing seemingly separate conversations to a unified place. Approaching the world from a “both and” approach rather than an “either or” mindset has allowed Ren to embrace their nonbinary identity and innovate as an artist and educator.