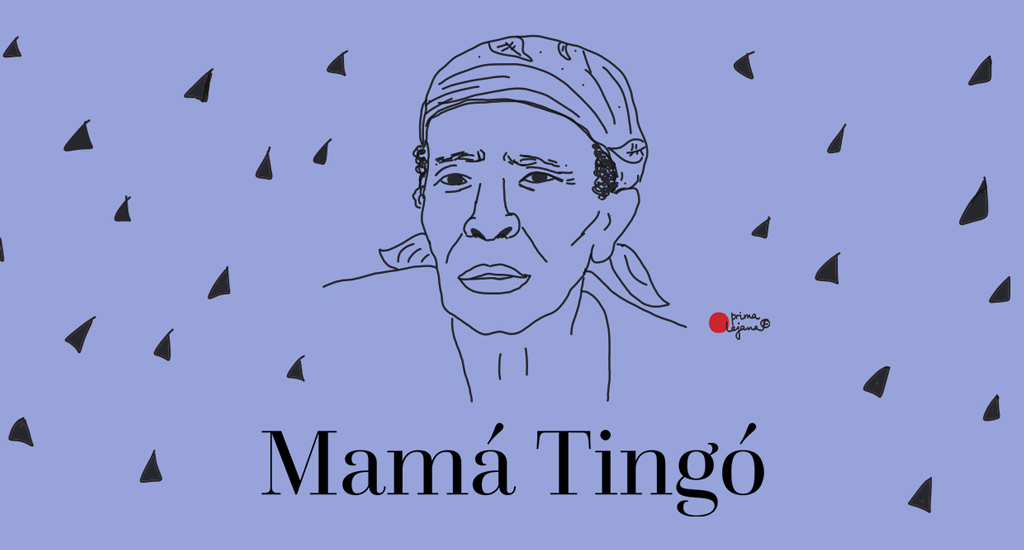 Latin America’s history is full of real stories that involve courageous heroines—women who left legacies in the middle of wars, political issues, poverty, gender discrimination and violence. One of these heroines is Mamá Tingó.

Florinda Soriano Muñoz—known as Mamá Tingó—was a female activist who defended farmer’s rights in the Dominican Republic and was later murdered while fighting against the unjustified removal of land in Yamasá, during the second governing of President Joaquin Balaguer.

Mamá Tingó was born in a Dominican capital neighborhood, named Villa Mella, on November 8th of 1921 to Eusebia Soriano. Soriano was married to a farmer named Felipe Muñoz, and the couple put their daughter to work on the land. From an early age, she learned how to sow for a living and became a community leader—an accolade gained through her continuous work with the farming community. Through her work, Tingo was able to help more than 300 farmers obtain ownership papers of their land. Florinda was a militant in the middle of a small community of 350 families with limited resources. She fought for years, defending the right for farmers to live and plant on the land where they were born and raised.

At only 33 years of age, and unlettered, she was part of the FEDELAC (Christian Agrarian Leagues, in English)—an institution that fought for both farmers’ and peasants’ rights. Tingó’s role in this federation provided her with the resources and access she needed to protect the land and farmers’ rights in her community.

In 1974, during the infamous ruling of Joaquin Balaguer in the Dominican Republic, known as los 12 años de Balaguer (the 12 years of Balaguer)—when three consequent governments, from 1966 to 1978, committed several crimes, violated freedom of speech, and aided in corruption and political patronage—a random landowner named Pablo Diaz Hernandez unexpectedly claimed Mamá Tingó’s land. Hernández was a proprietor who was very close to the president. He claimed Tingó’s land and claimed that he had bought the land that other farmers in Hato Viejo already occupied. Those farmers had worked and lived among these lands for more than 50 years, but by the informality of the time, many did not have the property papers that accredited them as rightful owners. This is why so many businessmen and corrupted politicians took advantage of them and argued that they had bought these various lands.

Diaz Hernandez was adamant about claiming the land and fenced thousands of meters to intimidate local farmers and get what he wanted. This action was the final straw for Mamá Tingó and her community.

On November 1st of 1974, after this and several other threatening actions, Mamá Tingó and other farmers complained to the authorities. They went to the mayor’s office to tell them about Diaz’s intentions, and they got him summoned, but Pablo Díaz didn’t attend the court hearing. When Mamá Tingó went back home that day, she ran in to see that Eduardo Díaz, one of Pedro Díaz’s employees, had released her pigs, as a way of inciting her anger and to prove his dominance.

Mamá Tingó leaped into action and attempted to tie up her pigs while defending herself with a machete. She was courageous as she fought back and ultimately was brought down by the two bullets that crossed her innocent body, one in the head, the other in her chest, taking her life away at the age of 53.

The fight for power, the fascism and avarice of some politicians during this regime, reaped many innocent civilians’ lives—individuals who were only trying to defend their rights.

Several years after her death, one of Tingó’s adopted daughters, Jesús María de Paula, known as Enriqueta, followed in her mother’s footsteps and continued to fight for the rights of the farmers of Yamasá. In March of 2000, the World Food Programme of The United Nations honored Enriqueta, on International Women’s Day as a leader of the Farmer Woman Federation and for her achievements towards improving the countryman’s quality of life.

Today Mamá Tingó is a symbol of the fight for justice and a model as a rural hardworking woman, not only for the Dominican Republic, but for all of Latin America. She has inspired songs and stories and was also honored by the mayor of Monte Plata with a statue for her work as an activist for farmers’ rights in Santo Domingo. A very well-deserved tribute to a woman who didn’t need any academic preparation or economics resources to fight for her community. May we remember her name and honor her legacy.