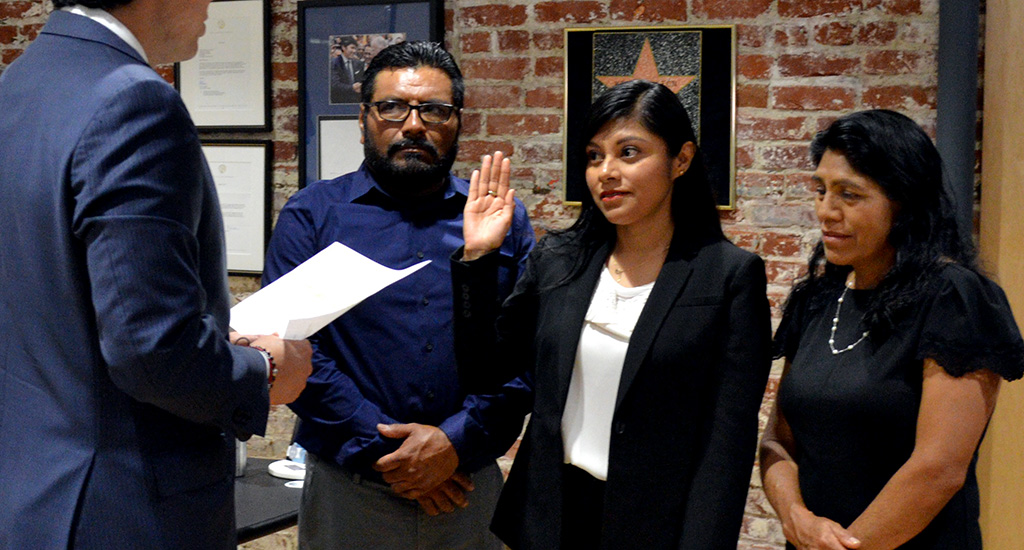 Meet the First Undocumented Immigrant Appointed to a Statewide Post

For Lizbeth Mateo, a lawyer in California and the first undocumented immigrant named to a statewide committee, her appointment represents a long history of activism amid tense immigration debates. Mateo, 33, began publicly identifying—and organizing politically—as undocumented over a decade ago when she staged a sit-in at Senator John McCain’s office in 2010.

It was the first time undocumented students pushed Congress to act on a bill. A risk that could have resulted in Mateo’s deportation.

In 2013, she became part of a group called “Dream 9” when she traveled to her birthplace of Mexico and successfully returned to the United States after demanding re-entry along with eight other immigration activists.

“Overcoming fear of the fact that I’m undocumented,” Mateo says, was her biggest obstacle.

She was advised to reconsider her political involvement by an attorney who reviewed her case to stage the sit-in at Senator McCain’s office beforehand.

“I think that’s when I started thinking [that] it’s really important for me to be the one who decides what’s going to happen in my life,” said Mateo. “I need to have a say about the things that affect me. Our communities have a say.”

She was later arrested at the sit-in aimed at the immediate passage of the Dream Act. 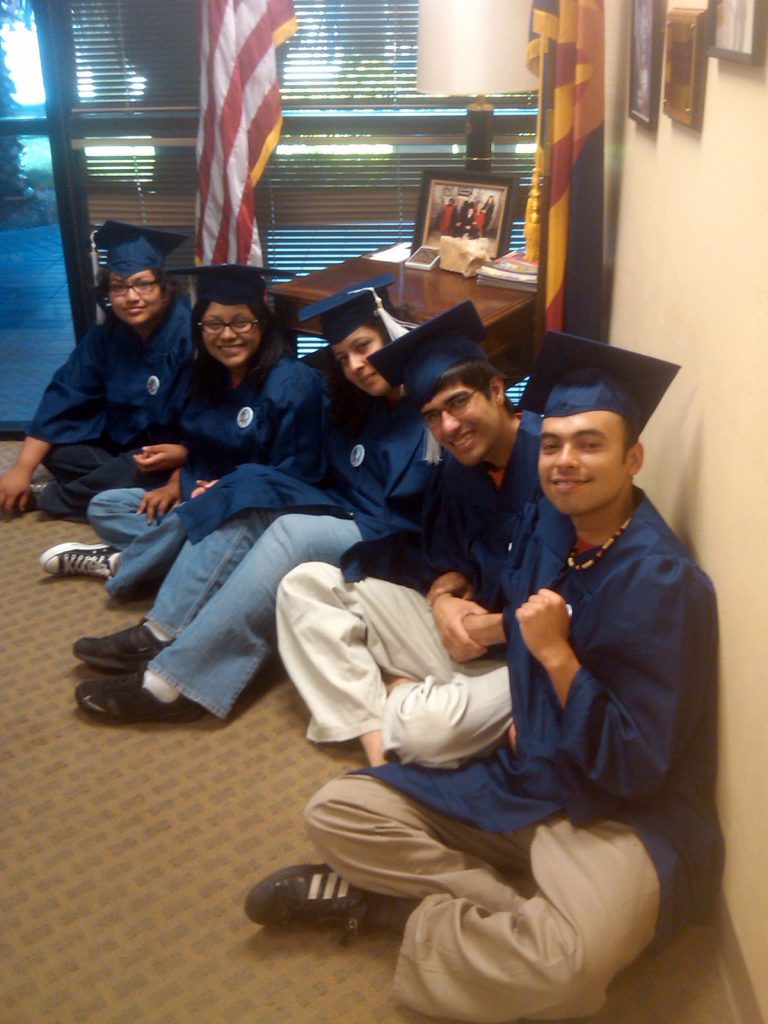 Mateo at sit-in at US Senator John McCain’s office in 2010 in support of the DREAM Act.

“At that point, I [thought], ‘I’m going to do it regardless of the consequences.’ I know I may be deported, but I don’t want to live with regrets,” said Mateo.

Mateo, who migrated to the United States at age 14, comes from a small town in Oaxaca, Mexico. In California, where legal residency is not a requirement for lawyers, Mateo will now serve in the California Student Opportunity and Access Program Project Grant Advisory Committee. The committee aims to improve college access for low-income and underrepresented students.

While her request for legal status under Deferred Action for Childhood Arrivals (DACA) has been rejected twice—based on her travels to Mexico during her participation in the Dream 9 protest and visit with relatives in Oaxaca—Mateo defends how open she is with her own immigration status.

“I think we as undocumented communities are lacking role models or examples of how you can actually make what seems impossible a reality,” she said. “We want the community to be aware that there is always a way to fight, that things are possible.” 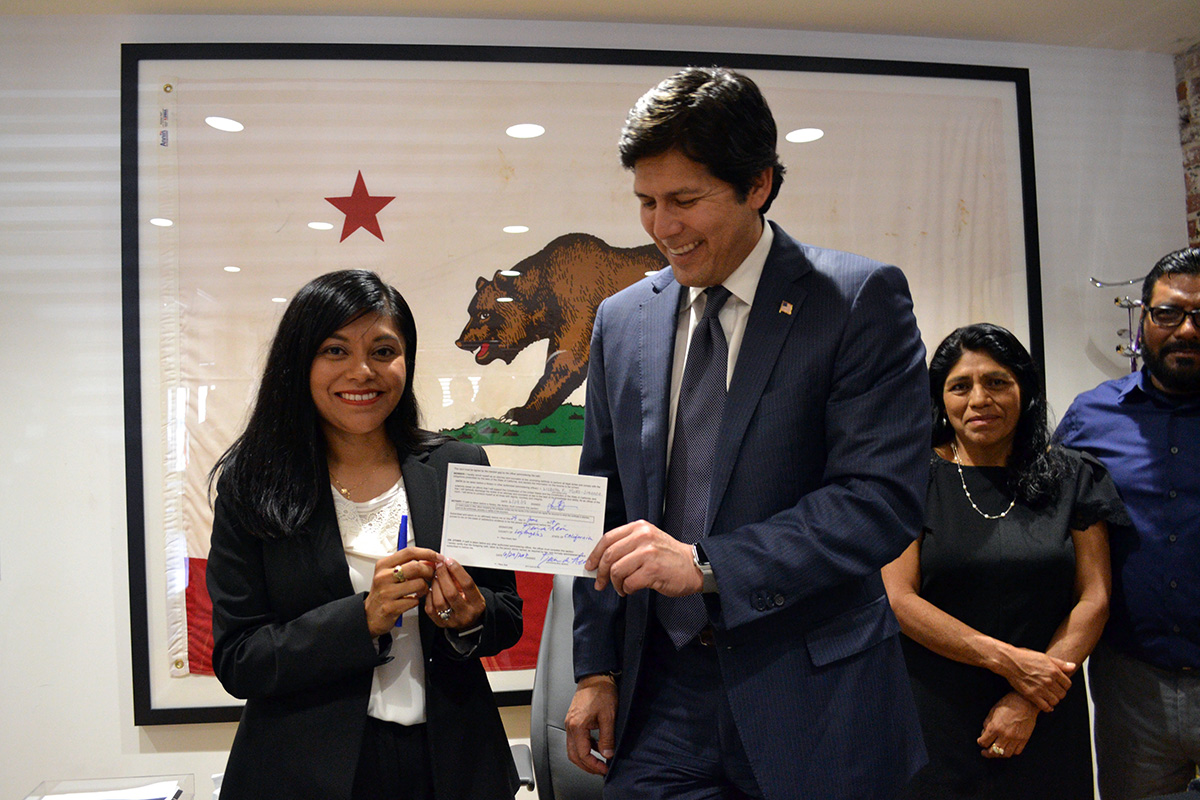 Her openness however, has been met with critics who say she should be deported.

“I would tell underrepresented communities that they should never listen to voices outside [that say] ‘no,’ to the voices saying, ‘you can’t do this because you’re a woman, because you’re poor, because you’re indigenous, because you’re undocumented,’” Mateo said. “There are people in our lives who are going to support us and if we have that little voice in our head saying ‘you can do this,’ they should go for it.”

Mateo, who still operates a law practice that specializes in workers compensation, personal injury, and immigration law, pledges to defend people in the United States like herself.

“My biggest obstacle was overcoming fear of the fact that I’m undocumented,” Mateo said. “The way that I deal with challenging times is [by thinking] of a time where I had doubts—a time where I was afraid, [but] I still went for it. I still did it and I survived. I’m here.”

Melissa Vida is a California-born journalist from Salvadoran and Belgian descent. She specializes in human rights, minorities and belief systems.