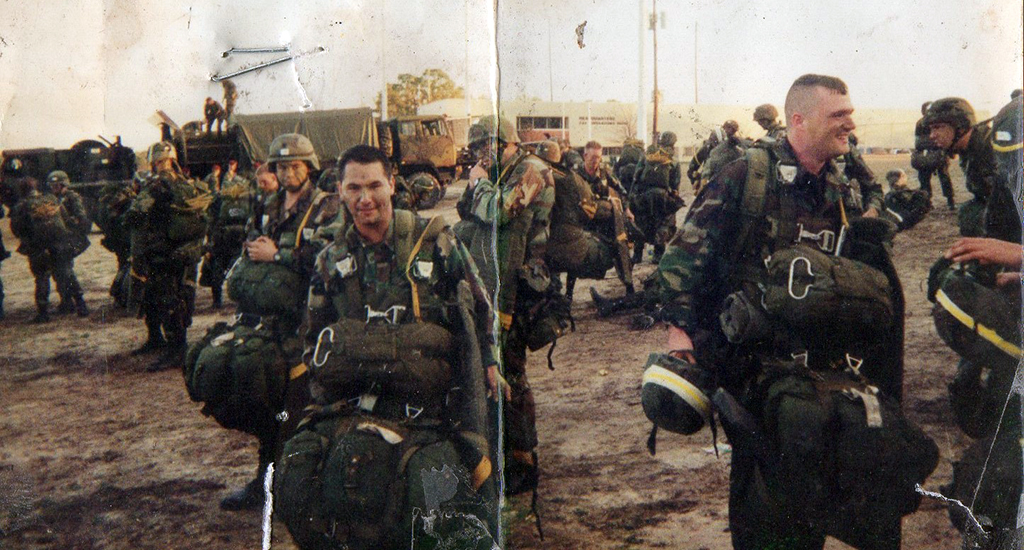 All photos courtesy of Hector Barajas

When Hector Barajas first joined the Army, he assumed honorable service fast-tracked naturalization. Barajas, who was born in Mexico, considers the U.S. his only home.

“It makes you feel good,” said Barajas, who reached Specialist rank and served as paratrooper in the Army’s 82nd Airborne Division during Operation Desert Storm. “I was proud to be wearing a uniform. To be serving my country. My parents were so proud of me. It builds character.”

He is one among an estimated thousands of immigrants with varying degrees of criminal records who have been deported by the U.S. government. In many cases, deported veterans are grappling from post-traumatic stress disorder or recovering from physical injuries and illnesses encountered during their service. 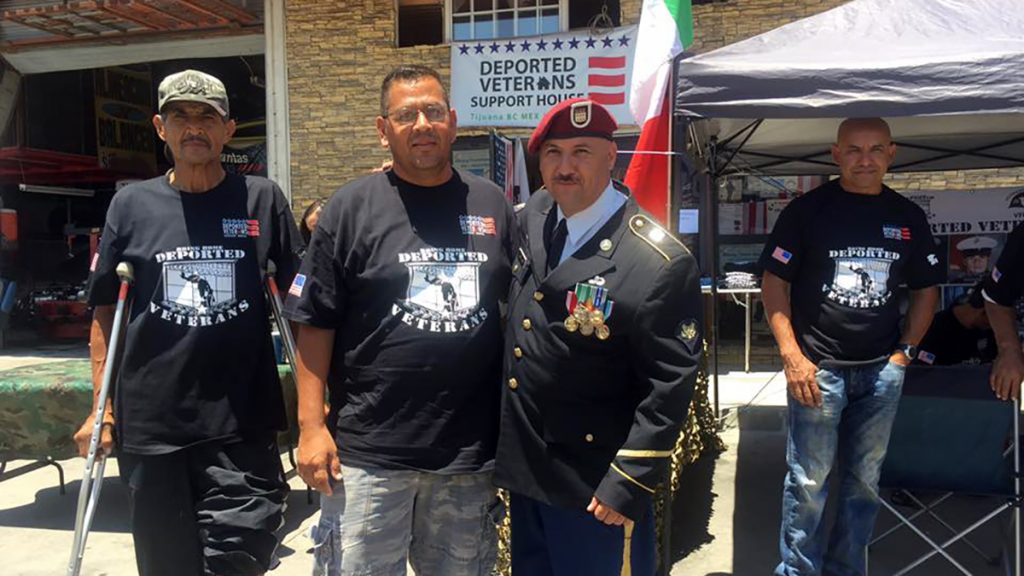 Determined to fill the gaps for his fellow servicemen, Barajas founded the Deported Veterans Support House, or “The Bunker,” in Tijuana, Mexico, nearly five years ago.

Barajas was one of three deported California veterans who received full pardons from California Gov. Jerry Brown in spring 2017.

After struggling to adapt to civilian life, Barajas was convicted of a felony and spent more than a year in prison before being turned over to U.S. Immigration Customs and Enforcement and ultimately deported to Mexico.

He said he felt like he was abandoned in a foreign land and, at one point, lived in a tent before opening The Bunker.

“None of them would have been deported had the promise of citizenship been upheld by our government,” said coalition chair and Marine Corps veteran Nathan Fletcher, according to a statement published by Times of San Diego. “The crimes they committed are only deportable offenses due to the draconian immigration laws passed in the 1990s.” 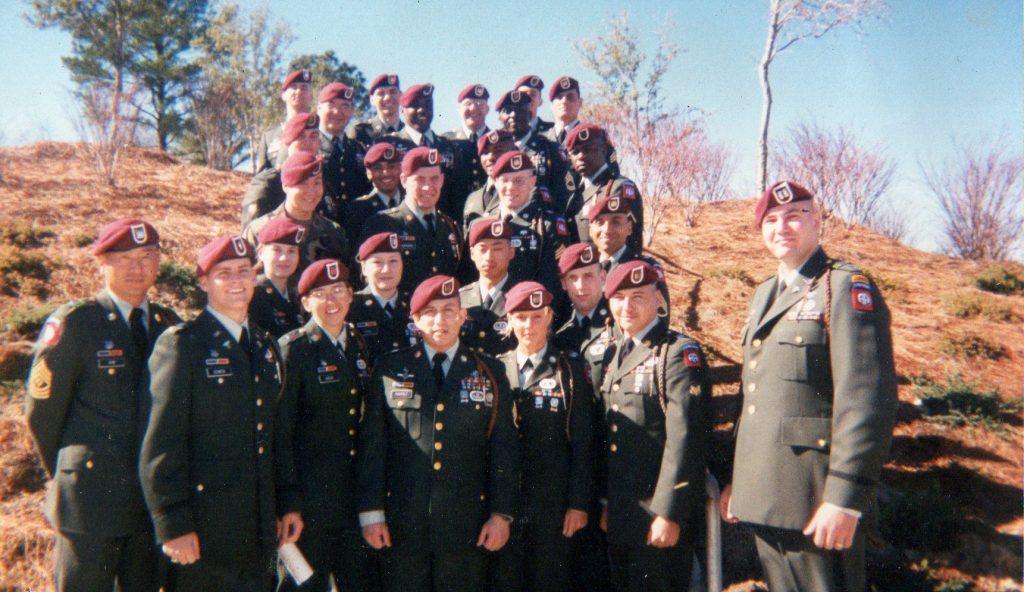 Like Barajas, Felix Peralta, Jr., is also a deported veteran.

He is in the process of applying for his military benefits, something “The Bunker” is helping him do, but most of all, he dreams of reuniting with his children who he hasn’t seen since his deportation in 2001. [Deported veterans are still able to receive benefits, they just need to provide documentation, which can be tricky.]

Peralta arrived in the U.S. when he was five years old and says a recruiter claimed he would be naturalized after completing boot camp and took his word for it and didn’t follow up on the process.

“Deportation is like carrying a big rock that’s tied around you with a rope. It has no form but it’s always there,” he said.

Peralta, who doesn’t speak or read Spanish well, felt alone in Mexico, a country he has few memories of.

“I want to go back and show that I’ve been a productive citizen. I’ve never gotten in trouble in Mexico,” Peralta said. 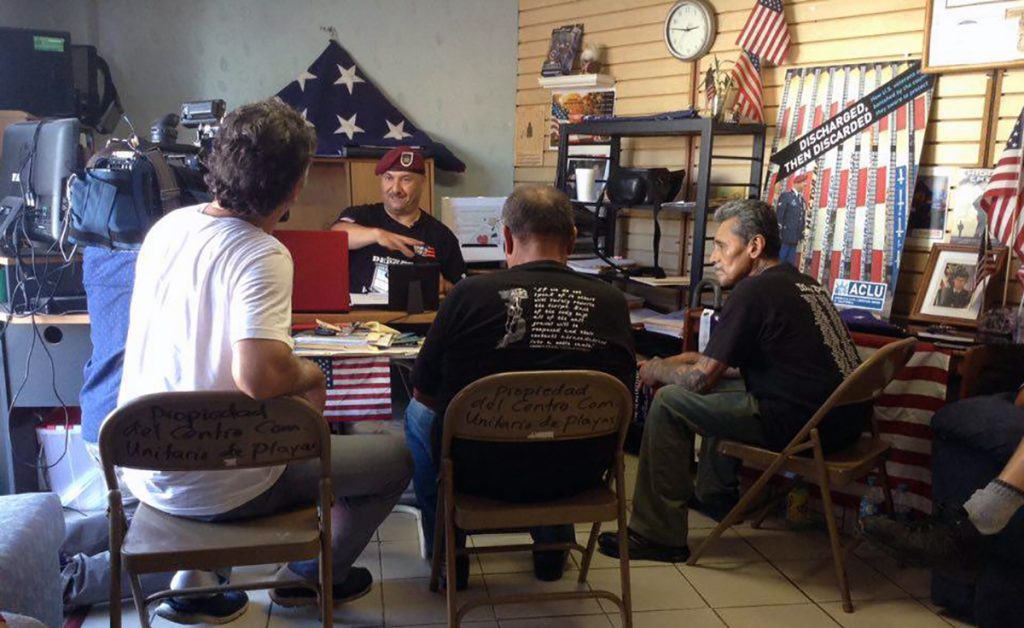 Peralta left behind four children in the United States, including his youngest, who he barely got to know.

“After I got arrested, my family fell apart. My ex started drinking and my children ended up in foster homes,” Peralta said. His youngest daughter ultimately took her own life.

At The Bunker, Peralta receives counseling to help him deal with his daughter’s death. He feels blessed to be surrounded by positive staff at the support house where he has food, comradery and spends his time working before landing a job of his own. He also receives rehabilitation services to fight his drug addiction.

He said veterans willingly give back to the place that helped them when they were at a low point.

In El Paso, Darrell Mond, the president of the El Paso Veterans & Riders Association, was among those who announced the reinstatement of Deported Veterans Program.

The program will first focus on deported veterans in Ciudad Juarez, many of whom were convicted for drug possession. Mond said the program wants to find out whether these veterans had access to VA benefits. As the law stands currently, deported veterans can only return to the U.S. to be buried. The program will look at each case individually, weighing legal reason for deportation and circumstances of military discharge.

“When all these veterans joined the military they were told, ‘we’ll take care of you for the rest of your life,” and then we don’t,” Mond says “it’s like we turned our back on those who are willing to die for us and that makes no sense to me.”

[Editor’s note: Hector Barajas has been granted U.S. citizenship and is returning home after being deported to Mexico 14 years ago. Barajas, who founded the Deported Veterans Support House in Tijuana, Mexico, was informed of his status on April 1 as seen in this video.]

Christine Bolaños is an award-winning journalist based in Austin, Texas. The proud Salvadoran-American covers immigration and gender equality issues for numerous Latinx publications.

Be You: Devyn Galindo