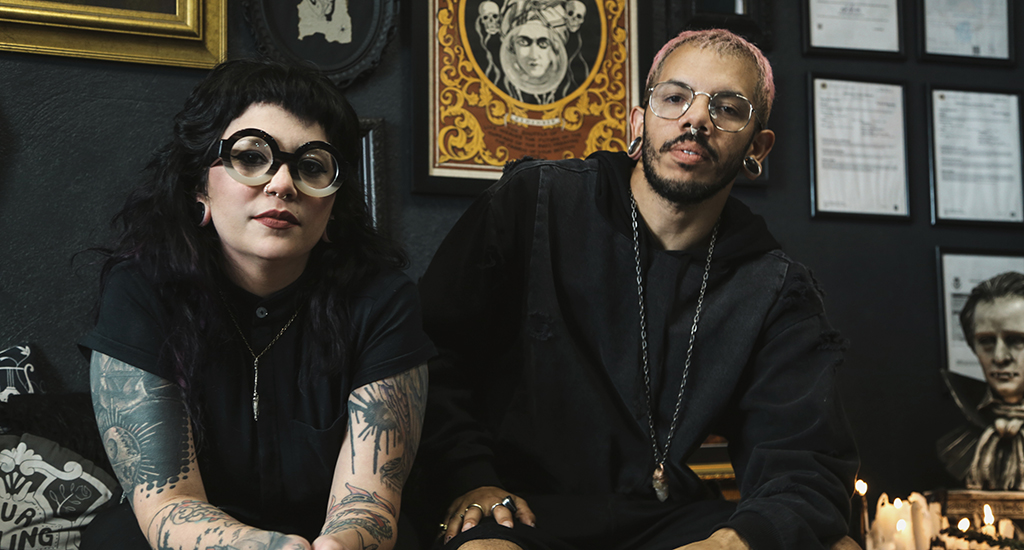 As young entrepreneurs, Des Otero and Zal Perez aren’t strangers to struggle. The Puerto Rican couple’s locally-made, cruelty-free and vegan lipstick line—Necromancy Cosmetica—is the first of its kind on the island. When they launched three years ago, reception from the island’s beauty industry was lukewarm at best: Not only was the brand’s alternative, dark aesthetic too intense for some, but hometown influencers were surprisingly hesitant to accept a brand-new company with literal local ties. It hadn’t been done before—but Otero and Perez held tightly to their authenticity, and pushed forward.

They found success—they’re now a global brand, with nearly 95K Instagram followers hailing from all over the world. Their “hot spots,” as Perez calls them, are in the U.S., Australia, and London, but they’ve sold almost everywhere you can think of, from Saudi Arabia to Russia to Mexico. Local shoppers are a minority, but Necromancy has definitely found a clientele on the island, and they were recently asked to join an international beauty convention taking place in San Juan this weekend. This July, they’ll finally head out for their first out-of-town event at the Oddities Flea Market in Brooklyn. 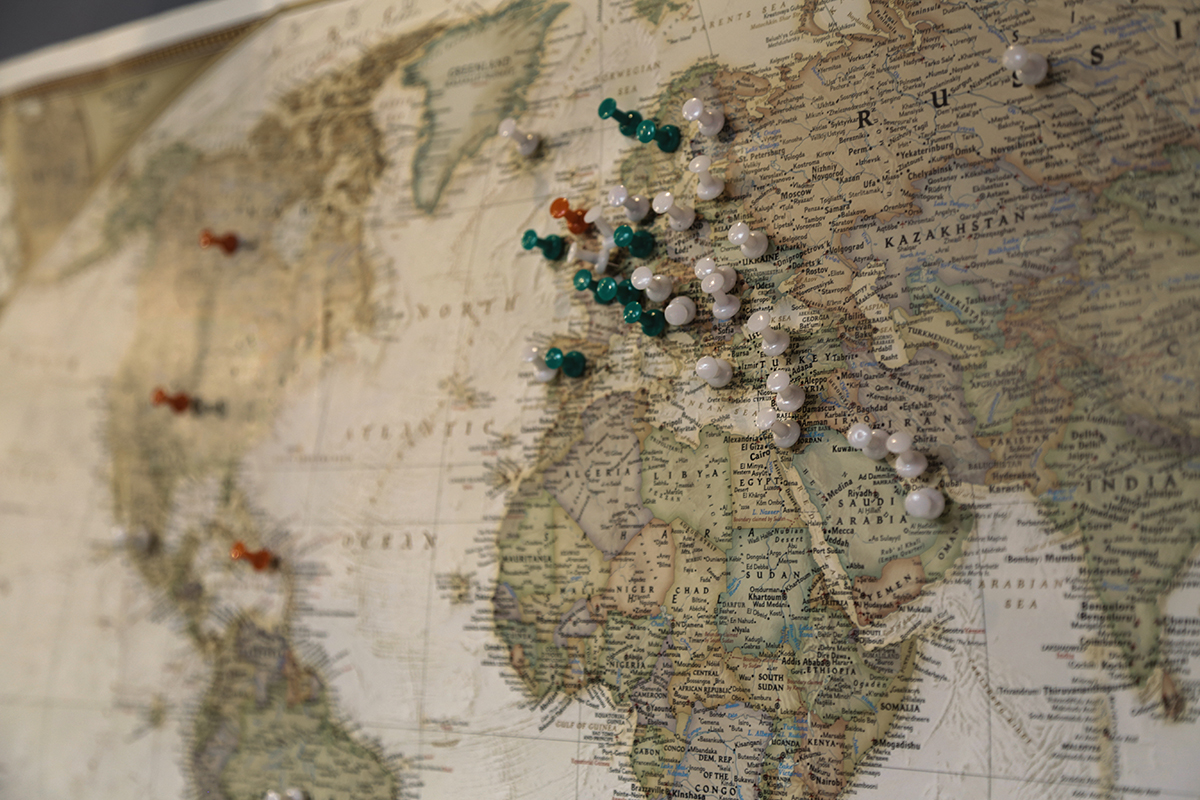 But just a few months ago, the future was bleak for the young brand. Four months after laboring to open a storefront, Hurricane Maria struck the island, and Otero and Perez thought they’d lost everything. Without electricity, virtually everything was forced to shut down—including their company.

“At some point, I told Zal, I feel like the universe doesn’t want me to have this. I feel like it’s being ripped from my hands,” Otero says. In the immediate aftermath, she couldn’t reach her family in the western town of Arecibo. Her 10-year-old son was out of school, requiring full-time care. Perez’s father lost his home.

“It turned into something really dark at one point, and it was horrible. But while everything was happening, we had to find a way,” she says. “Yes, we were depressed and desperate, but we had to find a way to make it work. We had to figure out how to achieve what we wanted, because we couldn’t let it crumble.” 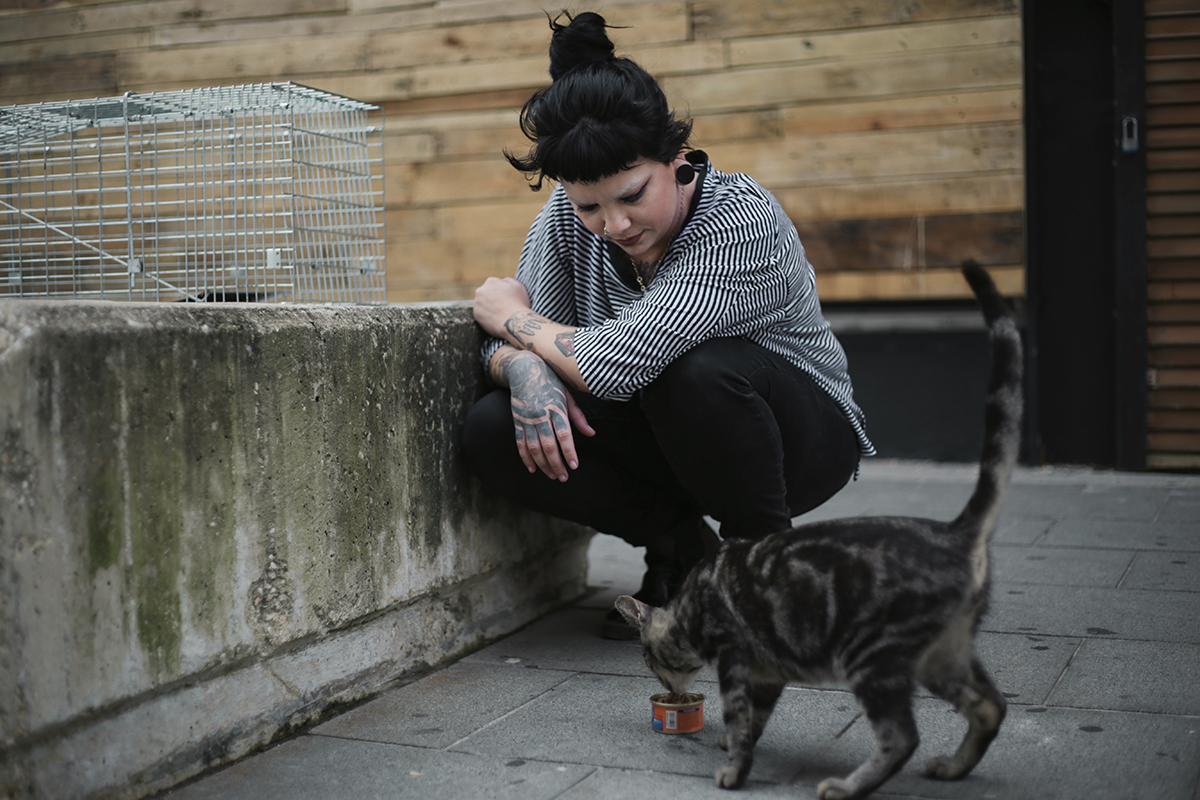 A day after the storm, they went to their brick-and-mortar shop and headquarters in Rio Piedras, near the University of Puerto Rico’s largest campus. Otero and Perez work with local organizations to sterilize and find homes for stray cats in the area, and they returned to release the cats they’d housed once the hurricane had passed. Realizing that it may be a while before electricity was restored, they packed up all their merchandise. It was a smart move—water seepage and a lack of ventilation fueled an outbreak of mold that significantly damaged all that was left inside.

The duo worked on a mobile internet hotspot that miraculously functioned despite the storm’s destruction of cell towers—for about 15 minutes at a time, Perez notes, because the unit doesn’t effectively hold charge. Friends on the island lent them their homes for production space; even a 15th-floor apartment, lugging equipment up flight after flight for lack of elevator service, was a boon to the brand’s survival.

When the postal service resumed service a few weeks post-storm, they were ready. “That’s when we started to ship orders. We worked during the day because there was light and we could see what we were doing. then at night we’d go to a friend’s house, someone with a generator, to print labels,” Otero says. 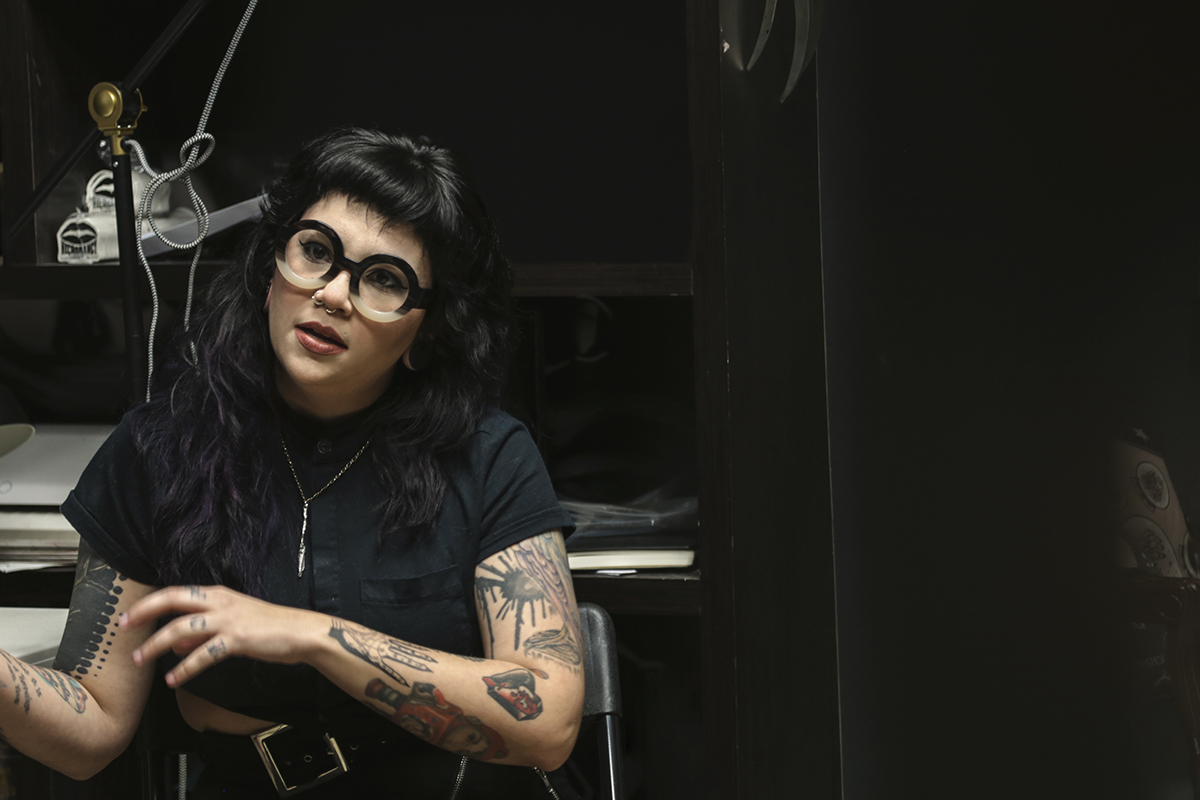 In late December, they were able to reopen the storefront. With a crew of friends in tow, they disinfected and cleaned, throwing out fixtures that couldn’t be salvaged, and repainted the walls.

Today, it’s business as usual for Necromancy—sort of. More than seven months after Maria, Puerto Rico is still experiencing blackouts on a regular basis.

“I’m not going to say everything’s back to normal, because it’s not normal anywhere. The light goes out here and there,” Otero says. “But everything’s running a little better.” 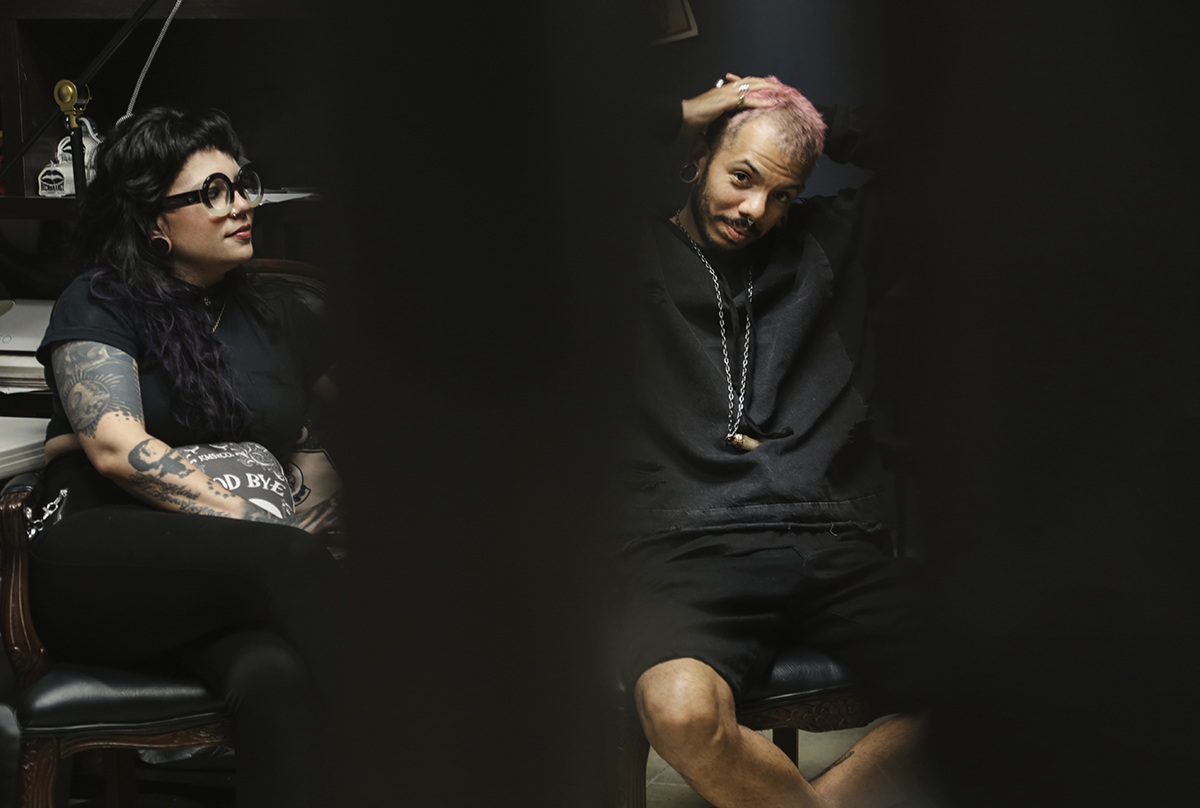 Around their shop, many businesses have permanently closed. They’re in the Paseo de Diego, once a thriving commercial strip, that’s been deteriorating for decades. Now, it’s even emptier.

“A lot of companies have left that were here, and with all the vacancies, we are now basically alone on this corner. There’s nothing happening over here,” she says. “It makes it more difficult for us than before to get people here. People aren’t coming over here like they used to before the hurricane; now everything in life is like before and after Maria.” 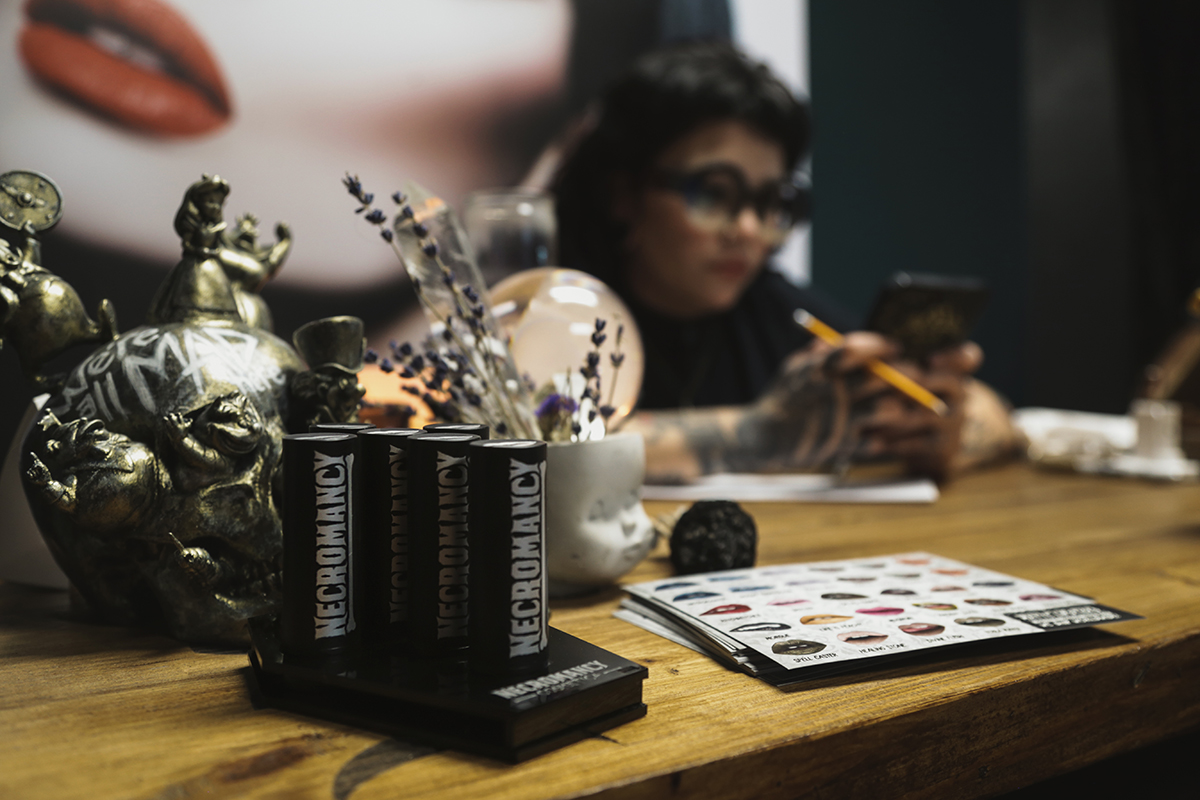 Otero and Perez haven’t lost faith the neighborhood’s potential. Not only is it near the University campus, but it’s also easily accessible by train, and there’s plenty of parking available. When some of their clients visit, she says, they admit they hadn’t been to the area in years, even decades. They’re continually developing creative ways to draw in customers: A boutique nail salon inside the shop run by a close friend; pop-up flea markets; daytime events with tarot readings and more.

Challenges still lie ahead, of course: Expanding their brand locally as it is, with its signature alternative style, will never be easy. Otero remarks that some passersby, upon seeing the black storefront and witchy décor, confuse them for a tattoo shop. 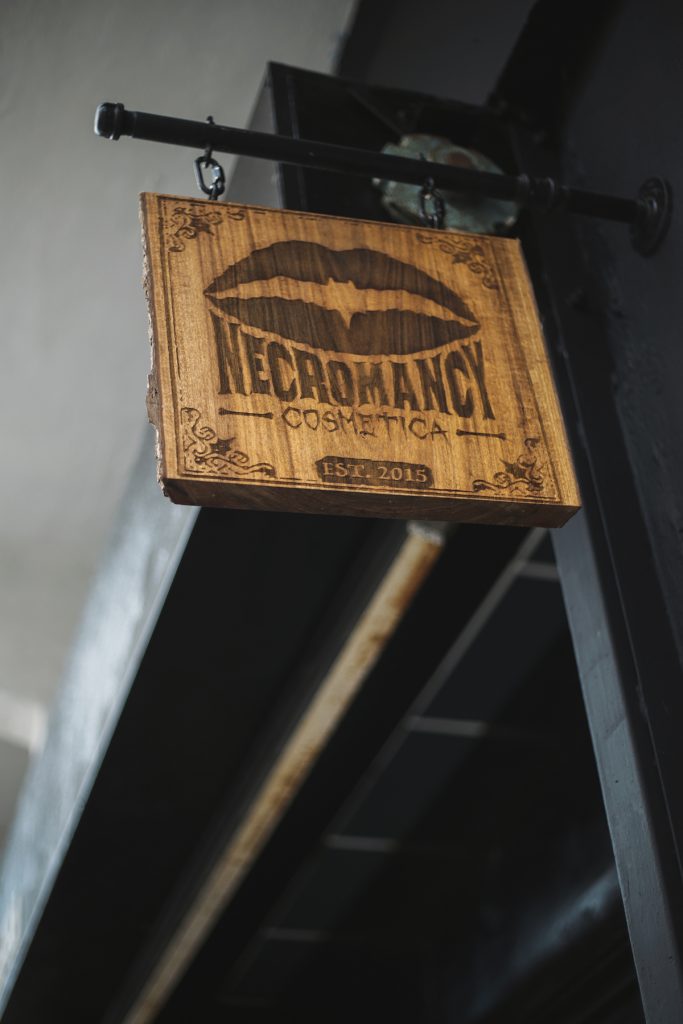 “That kind of thing happens to us a lot. It’s something we don’t have control over, there’s no way of changing it. It is what it is,” Otero says. “But as many people as there are that don’t like the style, there’s all these other people that go nuts for us for the same style. There’s no way to please everyone; no matter how good your product is our how ingenious your product is, some people aren’t going to like it. And that’s okay.”

They’re looking to the future now. Eyeshadows are the next step, Otero says. They’re working on formulas and hope to launch by the end of the year. Whatever challenges arise in the process, they’ll meet them with the same diligence and hard work—setting an example for all young business owners in Puerto Rico.

The Importance of Boxing Gyms in Latinx Communities

Be You: Cole Santiago