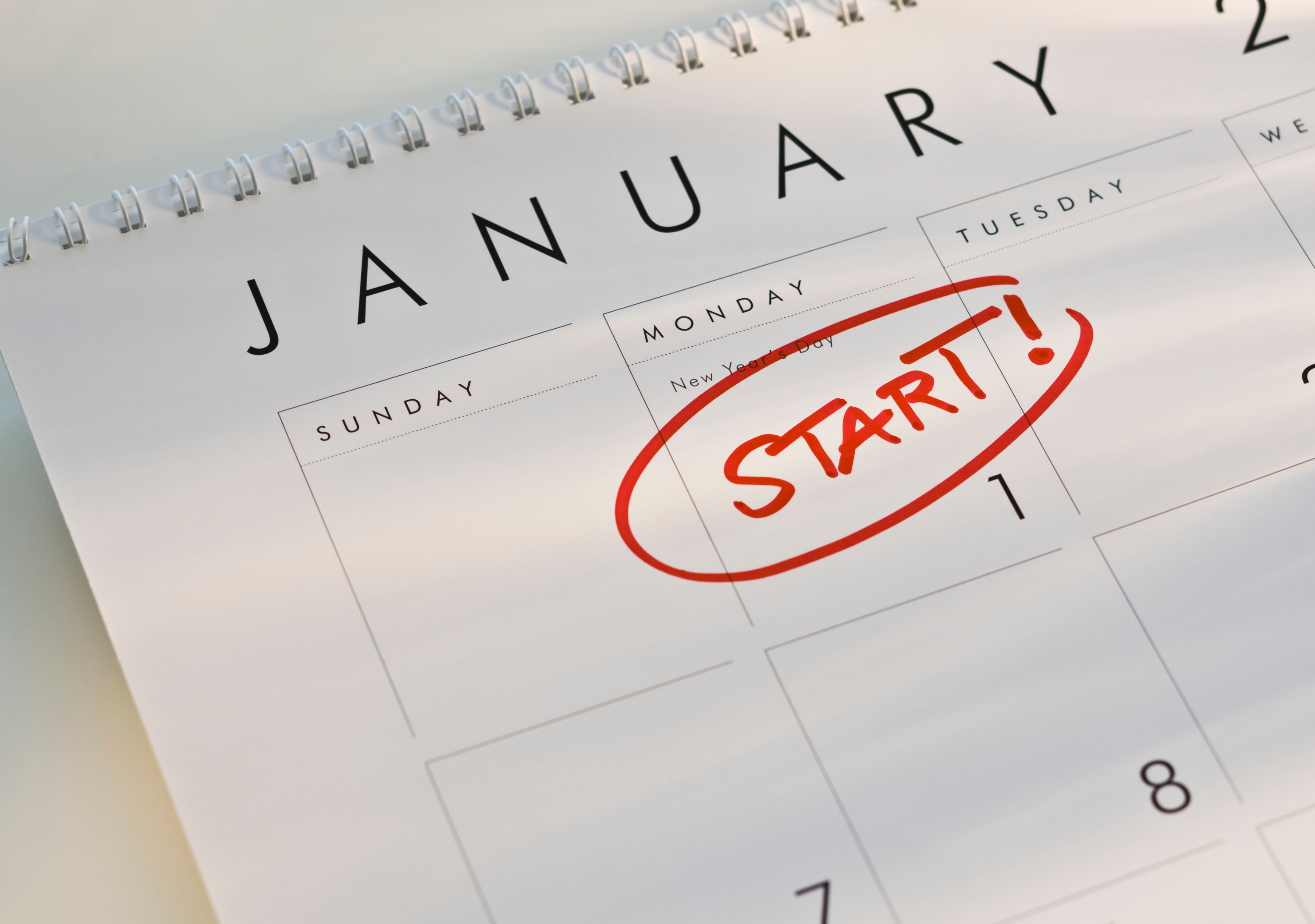 When I was a little kid, I simultaneously loved and dreaded New Year’s Eve. I have a feeling a lot of fellow Latinos feel the same. There were the perks of staying up late, having a delicious meal, and celebrating with family. There was the laundry list of traditions that were both fun and cringeworthy – for my mother, that was ALL of them: we would bury money, count money, take a bath and throw the water out the window, run around the block with suitcases, eat 12 grapes AND make a wish after eating each one, eat a bowl of lentils, wear new underwear, and a handful of other ones that have faded with time. But amid all the family and fun, there was also the reason I hated New Year’s – the Resolution.

Now a days, the reality that New Year’s Resolutions categorically and unequivocally do not work has been beaten into us. (Yes, I know, if it’s the first time you’re hearing this, give yourself a second to mourn). Psychologically, it’s proven to be a huge mistake to invest in making these kinds of self-proclamations, but back in the yesteryears of our youth that was not the popular opinion. In my family, it was the opposite. It was incredibly important to have a resolution. It set the tone for the year to come, and if gave the family something to constantly nag at you about for at least three months. Which swings back to why I hated resolutions so much – it also gave me a reason to inevitably disappoint myself and reinforce the stories of low self-esteem a kid tells themselves.

A New Year’s resolution, after all, couldn’t be too easy – no! – you had to be ambitious, you had to reach for the sky, you had to take life into your own hands and make a change! At the same time, it couldn’t be laughably far out of reach – the point was to get it done, to climb further than you dreamt you could but still reach the top… you get it.

As the chubby youngest of the bunch, my resolution, year after year, was assumed to always be the same – even if I didn’t choose it – and I’ve come to learn as an adult that it’s one of the most popular New Year’s Resolutions for most people. Lose weight.

So, I would struggle for weeks on end. My mother would feed me smaller portions than other people, everyone would egg me on to exercise like crazy, they’d sign me up for athletic classes that would last about 10 weeks before they petered off. I’d lose a few pounds, burn out, be absolutely miserable, and gain them back in a matter of weeks. Just in time for everyone to point out I was failing at my resolution and double down on the guilt and shame I already through at myself for being a failure.

Here we get to the heart of why resolutions don’t work.

There are several obvious reasons (barring a few exceptional situations): most people can’t radically change their life overnight especially without a proper plan, a specific goal, sustainable and effective methodology, and, above all – genuine inner motivation. That last one is important, because with resolutions we rarely ever stop and asks ourselves why.

Without a clear understanding of the why, very few of us ever plan out the how, and are just left with an empty and nearly impossible what.

What we end up doing is making a vague resolution to do the thing or things that we’ve already avoided in the past year, without asking ourselves why we want to do it or why we have already avoided it for an entire year. Ultimately, resolutions aren’t traditions but habits in and of themselves – we habitually promise ourselves to do the thing we avoid doing. They inevitably die because of the same procrastination that makes us feel like we need them.

Humans are inherently irrational, frustratingly so. We convince ourselves that what’s good for us must make us feel bad, we commit to things we passionately don’t want to do, and then we avoid it at all costs and are surprised by it. Procrastination. Tim Psychl, a psychologist at Carleton University in Ottawa digs deep into this and you can find his work here: http://www.procrastination.ca/

I went down a rabbit hole into his research and available interviews and found myself frustrated with, well… myself.

The thing that keeps bugging me is that New Year’s resolutions date back to Ancient Rome. Yes, you read that correctly. We’ve been trying and failing and self-shaming for over 2000 years, all around the world, in an endless cycle of self-flagellation. We are nothing as a species if not extremely stubborn. We’ve lumped this bad habit, in with the laundry list of engaging, fun, community and family-oriented traditions.

It’s time we separate them.

Should we do things that are difficult and good for us? Yes. Absolutely. But we should tackle those things with actionable plans with sustainable steps, that combine things we enjoy with our core needs and long-term goals, and that we spend a dedicated amount of time figuring out for ourselves why they’re important to us. We’re not going to do that after three glasses of champagne, half asleep waiting for the ball to drop on TV, with our relatives telling embarrassing stories. We must take the time to overcome our habits and form healthier ones regardless of the holiday.

Instead, we should go back and focus on traditions that don’t have us focusing on months or even years from now, and instead keep us grounded in the here and now, living the moment, celebrating the day, and being present with our family and friends.

The traditions that our families made us do on New Year’s Eve when we were young may still feel like a waste of time, they may be crowded with superstitions and bygone beliefs, or they may even still be incredibly cringe, but one thing I’ve realized is that they’re some of the best memories and stories I have. They forced me to be present and pay attention to those hours I spent with people I loved that I can never truly replicate; they are memories that sustain me as an adult trying to actively make new ones.

This year, for New Year’s I visited my parents and we stayed up until midnight and I insisted that we throw the bath water off the balcony, that we eat 12 grapes and make 12 wishes, that we run around the block with our suitcases, and that we count dollar bills at midnight in millions. I didn’t make any resolutions, I didn’t force myself into any promises, I didn’t obsess over the future, I was there, with them, while I still have them.

I remember every laugh, every smile, every embarrassing story, and I have nothing to be disappointed about.

You’re likely reading this long after New Year’s Eve has come and gone.

But hopefully you remember this for all your holidays.