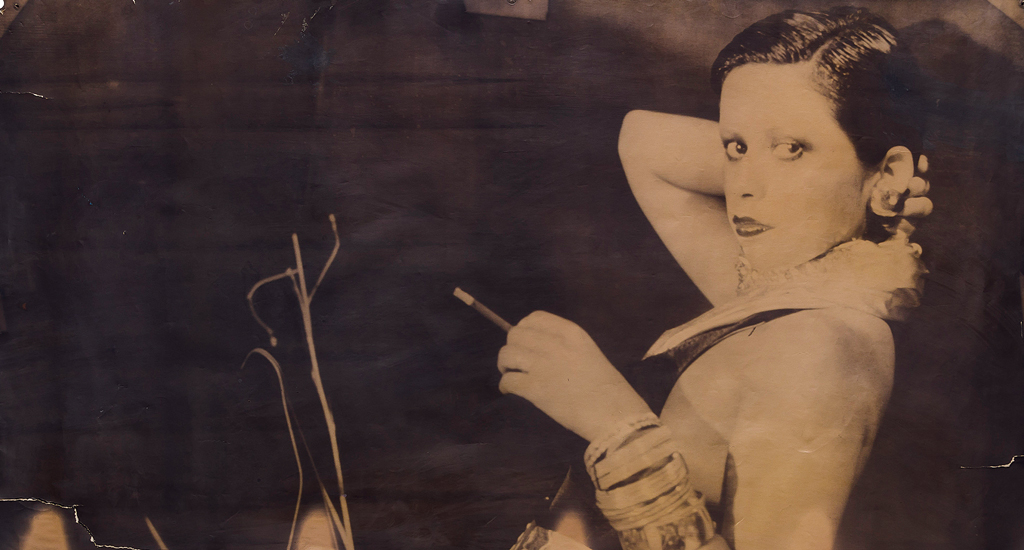 In the 1970s, East Los Angeles was placed under excessive police control that bordered on militant occupation. It was under these strained conditions that Patssi Valdez, the feminist Latinx painter, was born and raised. Surrounded by the police brutality, poor education system, and racism that plagued the Latinx community, Valdez began making art with her friends Harry Gamboa Jr., Gronk and Willie Herron. Together, this band of young artists created ASCO (meaning nausea in Spanish) and used the art collective to combat everything from Latinx erasure in mainstream media, to highlighting the disproportionately high number of Latinxs drafted and sent to die in Vietnam.

In ASCO’s first public performance, Stages of the Cross, its members took the Mexican tradition of Las Posadas (a religious processional performed during Christmastime) and used it as protest. On the final day of the procession, they lugged a 15-foot cross down Whittier Blvd, all the way to the doors of an army recruiting office. There, they had a five-minute vigil for the lives lost to war. Gronk once stated, “A lot of our friends were coming home in body bags […] And in a sense that gave us nausea […] that is ASCO, in a way.”

Many of the collective’s performance art took place in spaces of significance—where someone had died at the hands of police, where gang violence had previously broken out, and so forth. ASCO had something to say, in fact, they had many things to say. Patssi recalled being angry as a young person, because she never saw the beautiful Mexicans she knew in real life, on screen. The collective responded to this with No Movies—a photo series pointing to the absence of Latinxs in Hollywood.

In 1987, ASCO disbanded and Patssi began a solo career. She went on to become a painter, designer and photographer. But she never fully lost her drive to try to change the world. In her art she discusses the traumas that occur in domestic spaces—turning them into bright and kinetic scenes. Valdez often defies the women’s role in these spaces, too, making her a distinct and powerful voice in Latinx art. Her work can be seen at the Los Angeles County Museum of Art, the Whitney Museum, and the Smithsonian American Art Museum and the Renwick Gallery.

How The Coronavirus Pandemic Is Being Used To Restrict Abortion Access