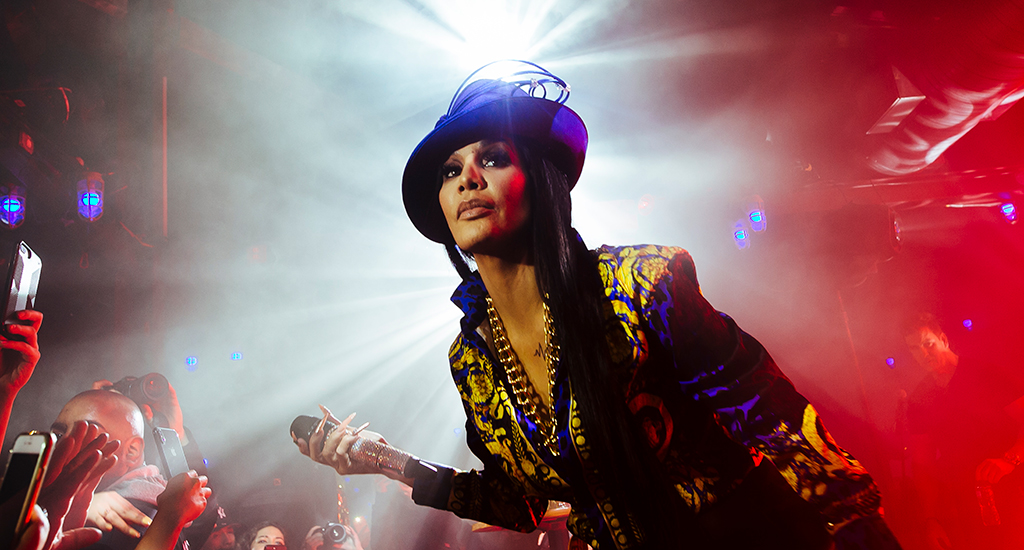 The walk down Dyckman Street was electric with the buzzing promise of activity, a Saturday evening scene that alludes to the spirit of Manhattan’s upper reaches. A few blocks east of the Hudson River, the nightclubs, hookah spots, bars, and eateries that dot the commercial strip prepared for the coming bustle of patrons. At that relatively early hour, the wait for a table at Mamasushi was practically nonexistent. Cars double-parked and idled, an unmistakable soundtrack of reggaeton emanating from their windows, as pre-game plans materialized.

Further west, through the narrow interzone separating the twin urban wilds of man-made Fort Tryon Park and historic Inwood Hill Park, lies La Marina, a hotspot resting on the water’s edge. It is hardly uncommon to hear the almost innately familiar dembow riddim coming from the venue’s general direction. Yet on this particular night last weekend, one both presented and sponsored by the lifestyle wing of energy drink market leader Red Bull, that foundational signature of reggaeton came with added celebratory pomp. The event served as a homecoming, if you will, for Ivy Queen, la reina del reggaeton as she’s become rightfully branded. 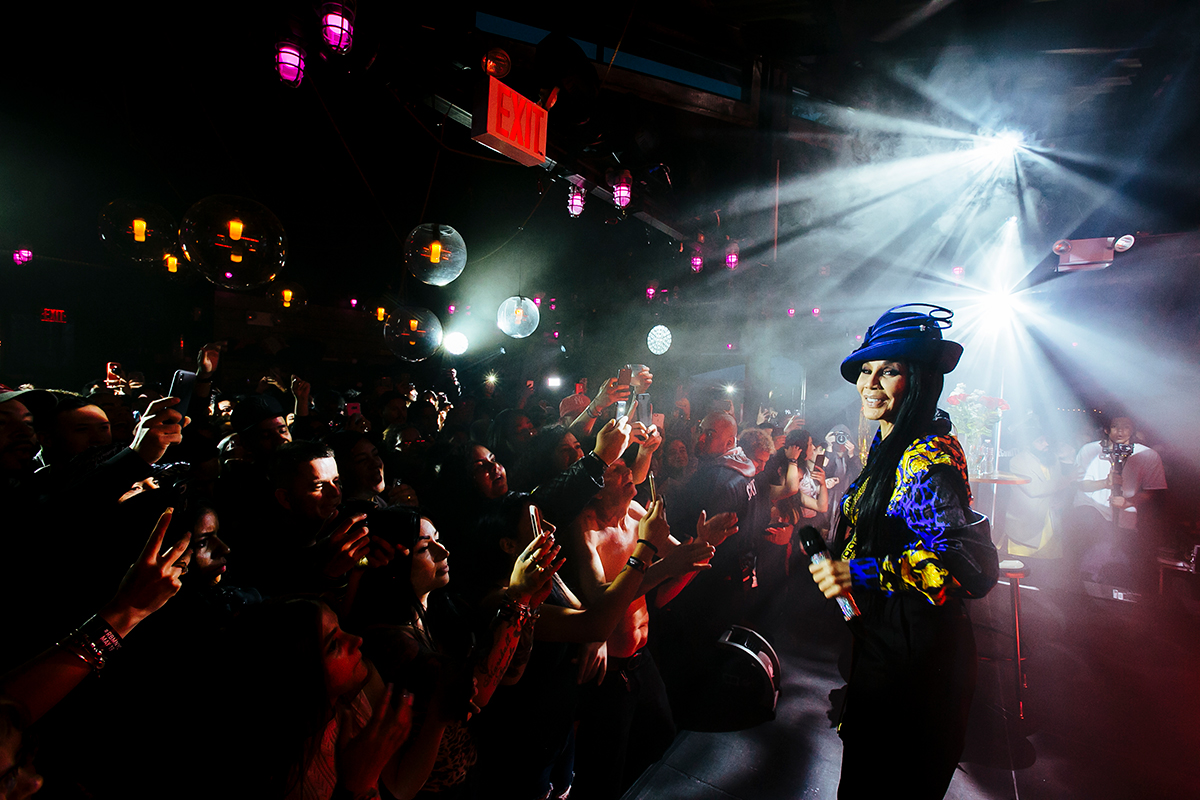 “I was born in New York and raised by two Puerto Ricans,” the vocalist exclaimed between songs, adding “I was raised with Wu-Tang Clan, with Fat Joe, with Nas” to anyone still naive or daring enough to distance reggaeton from hip-hop in 2018. Decked out in an elaborate blue and gold ensemble with matching hat destined for the Royal Wedding’s after-after party, Ivy commands her stage, one replete with a plush throne, as she runs through a crowd-pleasing set of tunes including her 2003 anthem “Quiero Bailar.” The gathered fans shout along, sweating and, yes, crying in the presence of Latin music royalty, her f-bomb laden interludes only endearing her further to them.

Among those in attendance was Rosa Pistola, the Mexico City based DJ representing this music’s exciting underground in a big way. Following sets by Discwoman’s own Riobamba, living legends The Noise, and Queens native DJ Lobo, Pistola took to the decks and proceeded to blow minds and compel hips as the party’s killer closer.

“Obviously it was an honor and seeing [Ivy’s] show drew a few tears,” she explains in Spanish afterwards. Now at the start of her thirties, Pistola recalls the influence and impact her music had on her in her teens and beyond. “As a woman she has been a source of strength, demonstrating that what one wants is what one has to be.” 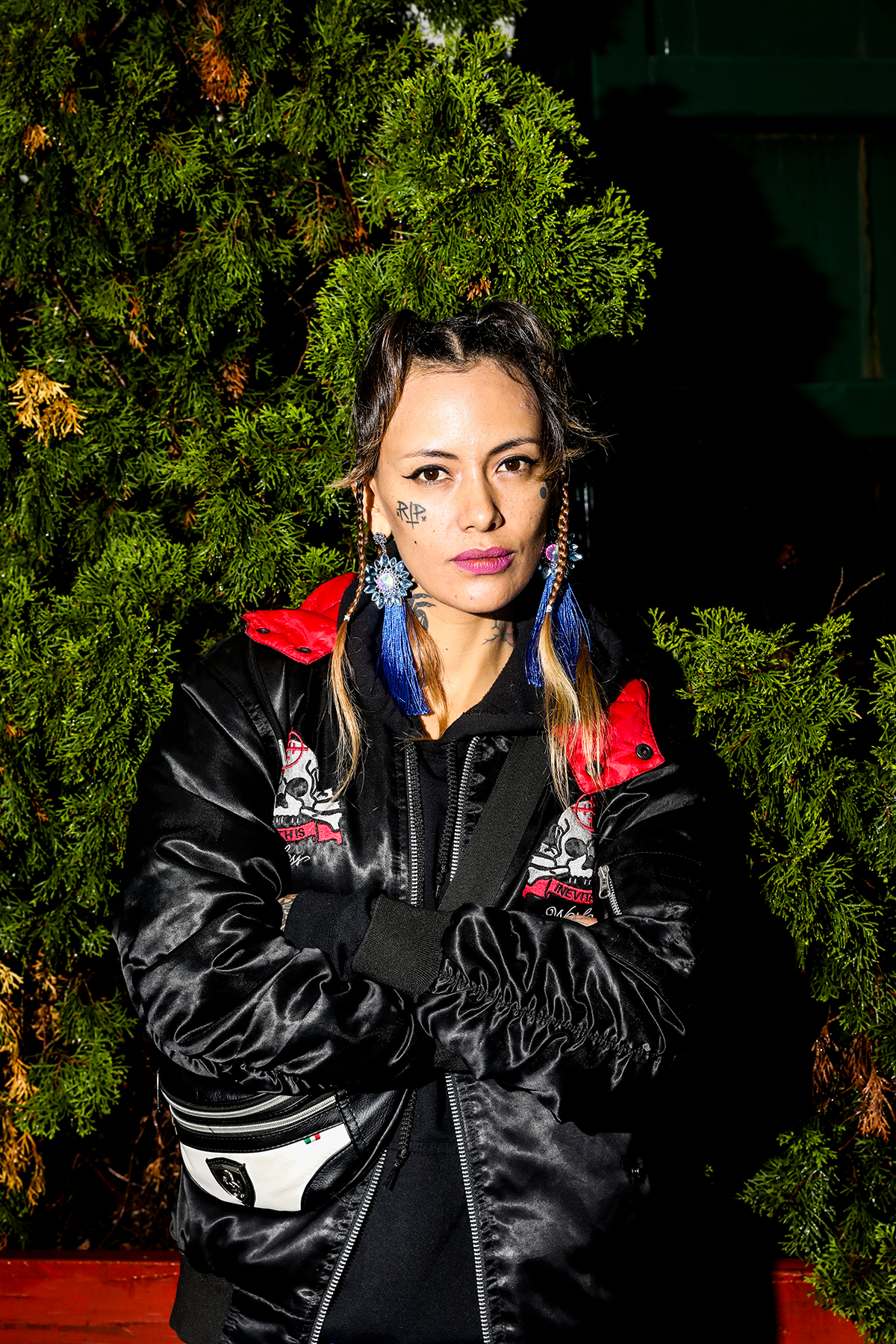 As a leading figure following a long line of often overlooked reggaetoneras, Pistola carefully curates her setlists to great effect. Her painstakingly planned, must-hear sessions are informed as much by the genre’s robust past as the vast array of electronic and urban music of our present day. “With my sets I like to tell a story, a story in which there is a striking beginning, a crux, and an ending.”

As reggaeton continues to do mainstream numbers, its poppier offerings garnering slots on Billboard’s all-genre Hot 100 singles chart week after week, tastemaking remains an invaluable duty of those at the forefront of the genre’s ongoing evolution. Chilean artist Tomasa Del Real assuredly knows this all too well, having successfully coined the term neoperreo to describe both her take and that of a broader underground movement.

“Neoperreo would be the new generation of artist experimenting with any style that makes you want to perrear,” she says succinctly. “I would love the public to be able to listen to not just the mainstream artist [and] discover all this new collective of reggaeton artists.”

While respectful of what came before, citing Daddy Yankee and the aforementioned Ivy as influences, she seems far more interested in what’s up next. “For me, it’s more about all the artist that make reggaeton great,” she says. 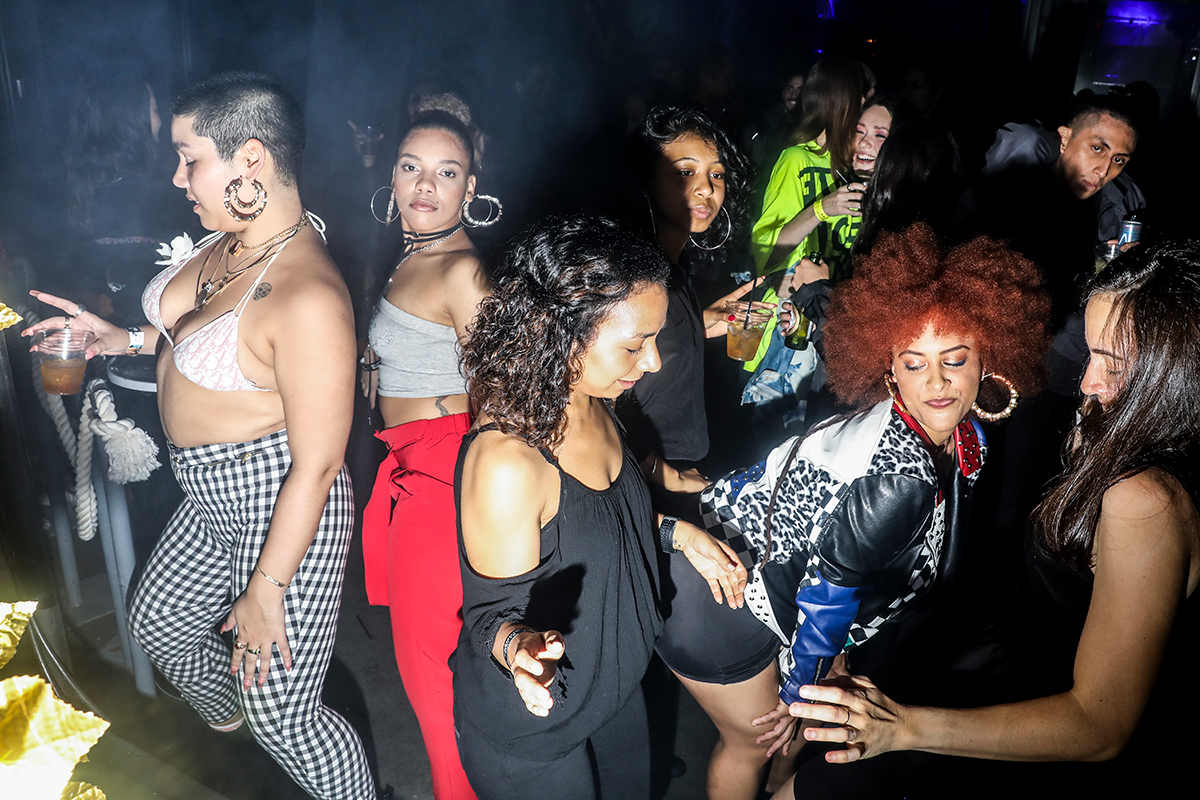 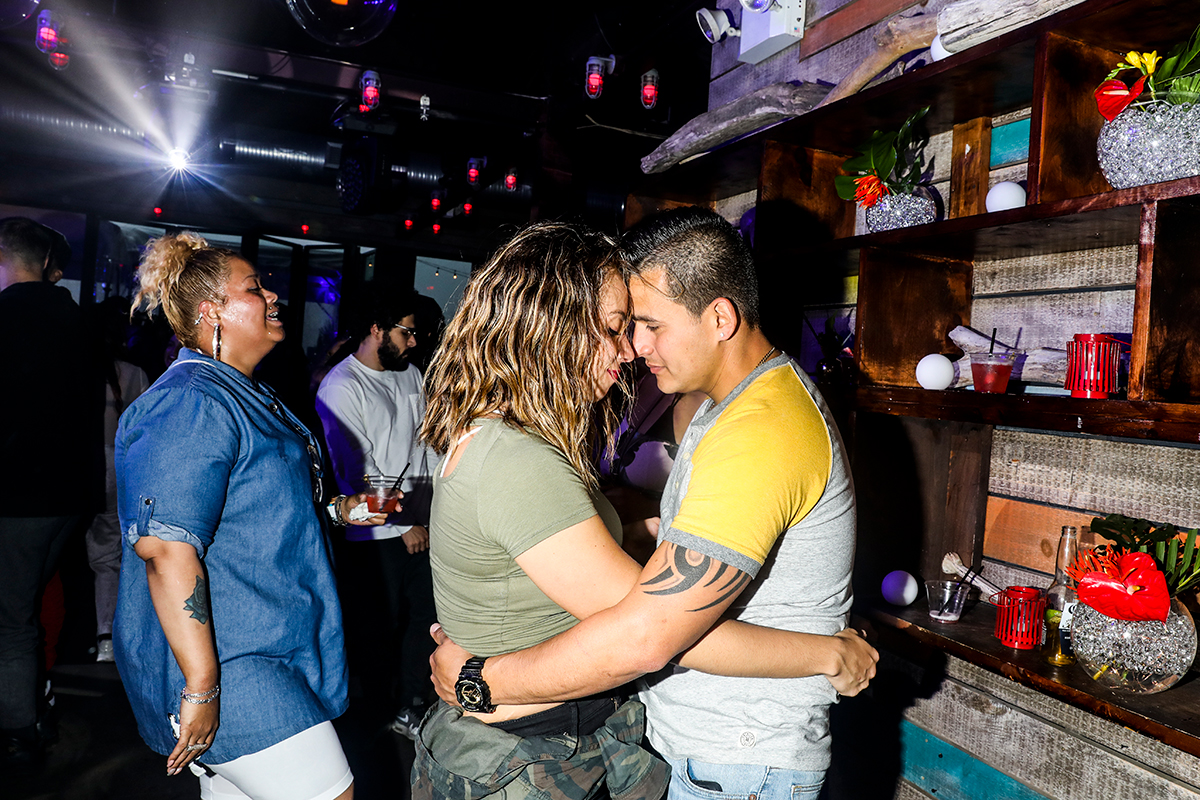 While respectfully acknowledging Del Real’s movement, Pistola makes clear that she doesn’t rep the futurism of neoperreo but rather perreo pesado. “We focus on the most traditional sounds of reggaeton and our aesthetic is inspired by the culture of el barrio and hip hop,” she says. That informed vibe comes shining through on La Línea del Sexx, a solid collection of tracks where Pistola’s curatorial approach gives voice to a number of kindred spirits. Her choice of vocalists and producers crosses geographic and genre boundaries, bringing a diverse crew including MC Buseta, Morfo 30-30, and Mexico City’s Varela el Varon, among others, to the same affair. Though drawing on some of the stereotypical and potential problematic tropes of reggaeton music videos, the clip for the title track comes off more sex positive rather than exploitative, a reworking of a complicated history.

Neither Del Real nor Pistola care to dwell heavily on the negativity of gender dynamics in reggaeton, preferring to let their music and talents speak for them. “I believe that people get the credit for what they have worked for, all human beings regardless of sex,” Pistola says. “Merits and recognitions are achieved.” 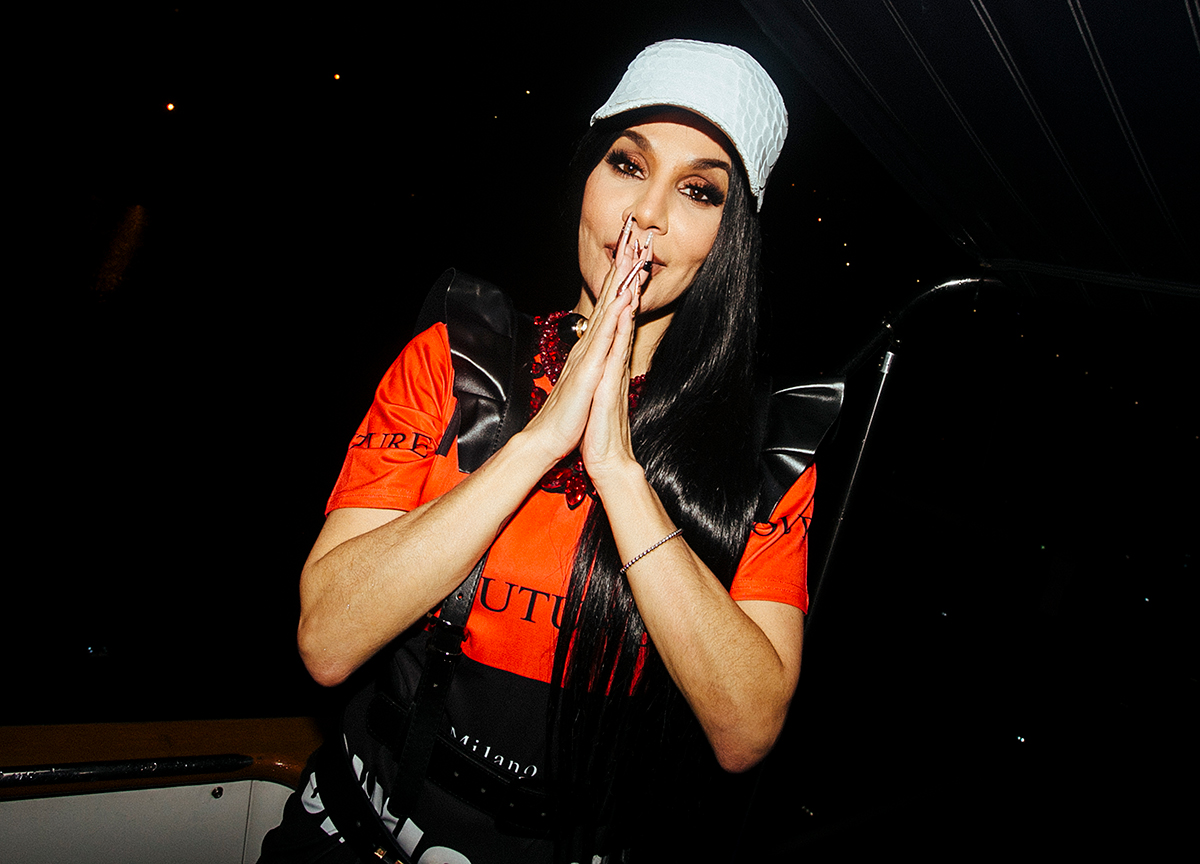 That sentiment permeated Ivy Queen’s La Marina performance, one that showcased empowerment through leading by example. Between songs, she cursed defiantly and conversationally, self-identifying as “elegant and classy” in a way that resonated with many in the crowd. Her entire set, including a part in collaboration with The Noise, was an affirmation of her career to date, a reminder of perseverance that comes inextricably with personal responsibility.

“She has been a very important figure,” says Del Real of Ivy, “That has inspired more women and men to keep doing great reggaeton.