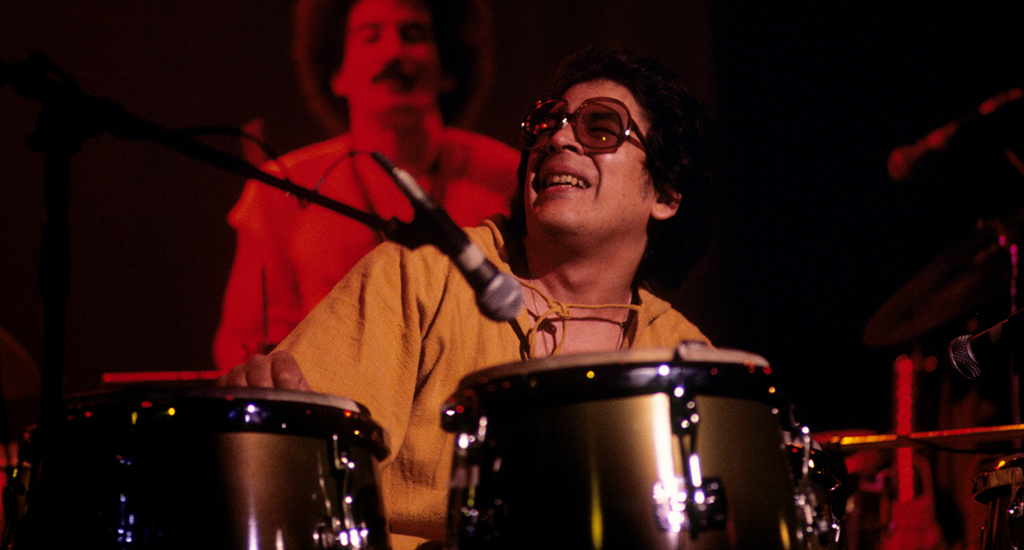 Psychedelia ruled 1968. Groups like Cream, Jefferson Airplane, and the Jimi Hendrix Experience were forging ahead with a fresh sound both trippy and heavy, bringing a subculture’s worth of style and substance use to the teens and twenty-somethings looking to turn on, tune in, and drop out, so to speak. By some contemporary accounts, this and the related rock-derived music of the time was the most important musical movement going on. Salsa listeners know better.

1968 was a truly pivotal year in the evolution of Latin music. Essential records by Willie Colon, Eddie Palmieri, and numerous others dropped in the midst of the hippie haze, bringing an uptown alternative to the downtown mindset. Many of these recordings resonated popularly with a range of American and Latin American listeners of the time, while others proved foundational albums for what was soon to come.

Born in New York City in 1929, Ray Barretto grew up in Spanish Harlem and the South Bronx like so many of his fellow Puerto Ricans at the time. Migration from the island to those particular neighborhoods was a direct result of the Jones–Shafroth Act. Also known as the Puerto Rican Federal Relations Act of 1917, the Congressional legislation signed by President Woodrow Wilson granted American citizenship to anyone born in the former Spanish province after 1898. Barretto’s parents had arrived in the early 1920s, subsequently making him part of a noteworthy Nuyorican generation of children raised stateside in what would prove a burgeoning culture throughout the coming decades. 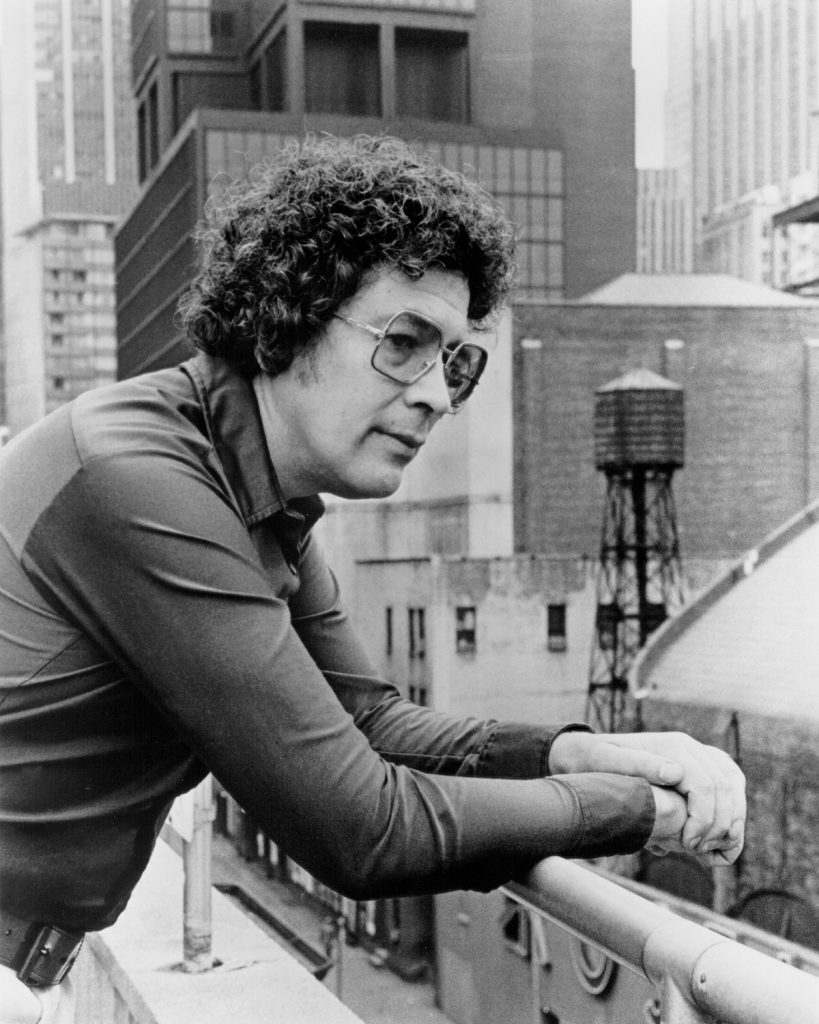 Indeed, the history of a great deal of Latin music, not the least of which being salsa, depends heavily on the resultant demographic shift of this migration. Like so many ethnic minority groups before and after them, Puerto Ricans faced struggles in their new home. Yet the fruits of their hard work echoed in the robust new music that relied on traditional Caribbean forms while ultimately blending them with the thrill of American jazz, something at which Barretto proved both pioneer and master.

Following a stint in the U.S. Army, during which he heard the clave-based “Manteca” by Dizzy Gillespie and Chano Pozo, Barretto made moves to become a percussionist in the New York jazz scene. He played with some of the finest players of the 1950s, legendary names like Art Blakey, Charlie Parker, and Max Roach, as well as Latin bandleaders José Curbelo and Tito Puente. His prowess led him into studio gigs and house bands for notable jazz record labels, with credits appearing on albums by everyone from Cannonball Adderley and Gene Ammons to Puente and Gillespie. At the behest of jazz imprint Riverside Records, Barretto recorded his first album for the label as bandleader for a charanga, modernizing the Afro-Cuban small band setup with instrumentation that reflected his session work. In the early 1960s, he scored a hit for Tico Records with “El Watusi,” much later used to dramatic effect in the Al Pacino classic Carlito’s Way. A testament to a growing American appetite for Latin rhythms, the track spent nine weeks on the Billboard singles chart in 1963, peaking at No. 17.

A few years later, Barretto signed with Fania Records, arguably the most important label in the evolution and popularity of salsa. At the time, that music didn’t quite exist yet, at least not in name, and Fania was much more about the Latin jazz and Latin soul sounds, as well as the crossover sensation known as boogaloo. The bilinguality common in that later category made the subgenre especially commercially successful in the English-language American market, with Joe Bataan’s “Gypsy Woman,” Joe Cuba’s “Bang Bang,” and Pete Rodriguez’s “I Like It Like That” defining the veritable craze. Many groups and labels operating out of New York sought to cash in, understandably so.

Where labelmate Willie Colon expressed a sort of reactionary disdain for boogaloo and its propensity towards whitewash, dramatically rejecting it on his own Fania set The Hustler with cantante Hector LaVoe, Barretto took a different tack for 1968’s Acid. The success of “El Watusi” with that audience was a mixed blessing to someone as creatively restless as him, the fear of being branded with one particular sound of musical style a most undesirable prospect. Rather than outwardly reject boogaloo and its eager audience, Barretto aimed to push it further.

One look at Acid and you might think you have something trippy on your hands. According to Barretto, the subversion of the psychedelic cover art and its title came from Fania co-owner Jerry Masucci. Some might consider it cynical capitalism; others, an olive branch to those otherwise oblivious to what was happening outside of rock and folk. Either way, the caliber and potency of Acid reflects a musician in peak form, leading a group through an exciting array of augmented proto-salsa sounds.

The jubilant dance of opener “El Nuevo Barretto” leaves no confusion as to Barretto’s experimental intentions. Sung entirely in Spanish by Adalberto Santiago, later of Típica 73 and a salsa romántica soloist in his own right, the swinging son track reflects a jazz pedigree as much as the bandleader’s Latin bonafides. (Carlos Santana would soon draw from it for his version of “Oye Como Va.”) The title track brews like Bustelo, a rhythmic masterpiece incredibly recorded in a single take. Its subdued bassline played by Bobby Rodriguez provides the structure for the rest of the musicians in his Cuban-focused conjunto to riff around frenetically.

There is an inherent R&B sound blended into the mix, one that resurfaces throughout the album on cuts like “Mercy Mercy Baby” and “Soul Drummers.” A reflection of his broader New York influences, it jibes incredibly on the boogaloo songs. Again with Santiago on the mic, “The Teacher Of Love” grooves like Motown with the added benefit of Barretto’s percussive flair, while “A Deeper Shade Of Soul”—sampled extensively on hip-hop act Urban Dance Squad’s hit single of the same name decades later—uplifts as it gets down.

True to its name, closer “Espiritu Libre” encapsulates Acid’s ethos aptly and brilliantly. Over the course of the song’s eight minute duration, his conjunto transitions from a kindling start into something burning wildly. Neither strictly jazz nor strictly Latin, this is Barretto at his finest, bringing New York nightclub cool out into the city streets he called home. Fifty years later, it remains a thrilling listen not just for the salsa it portended, but for what it represented at that moment, in the now.