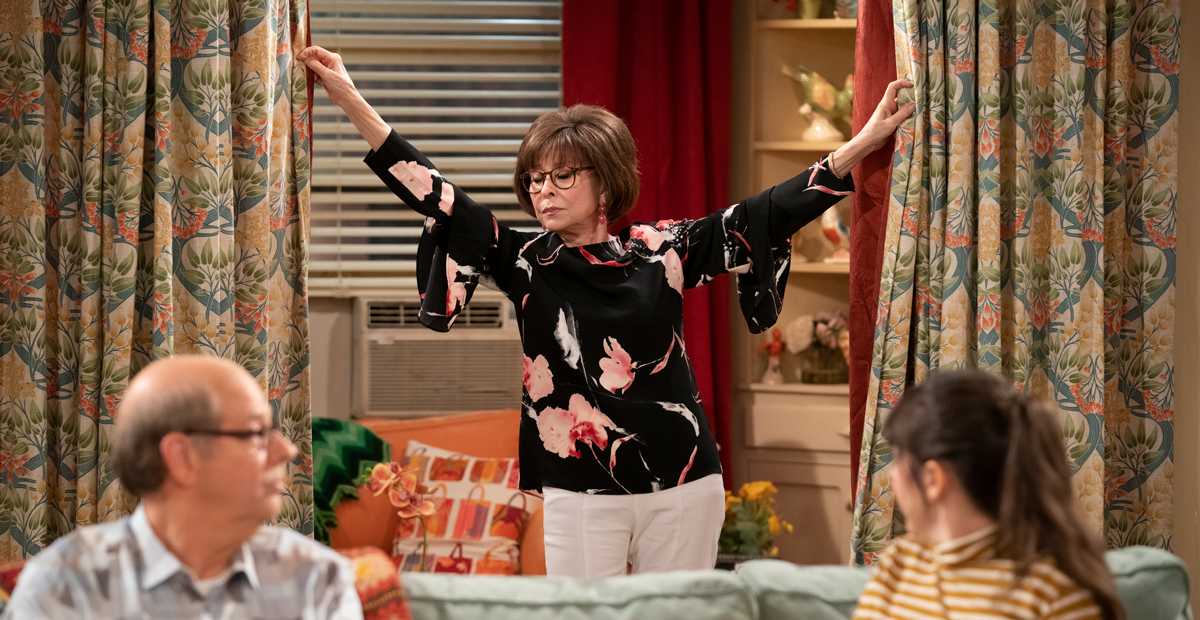 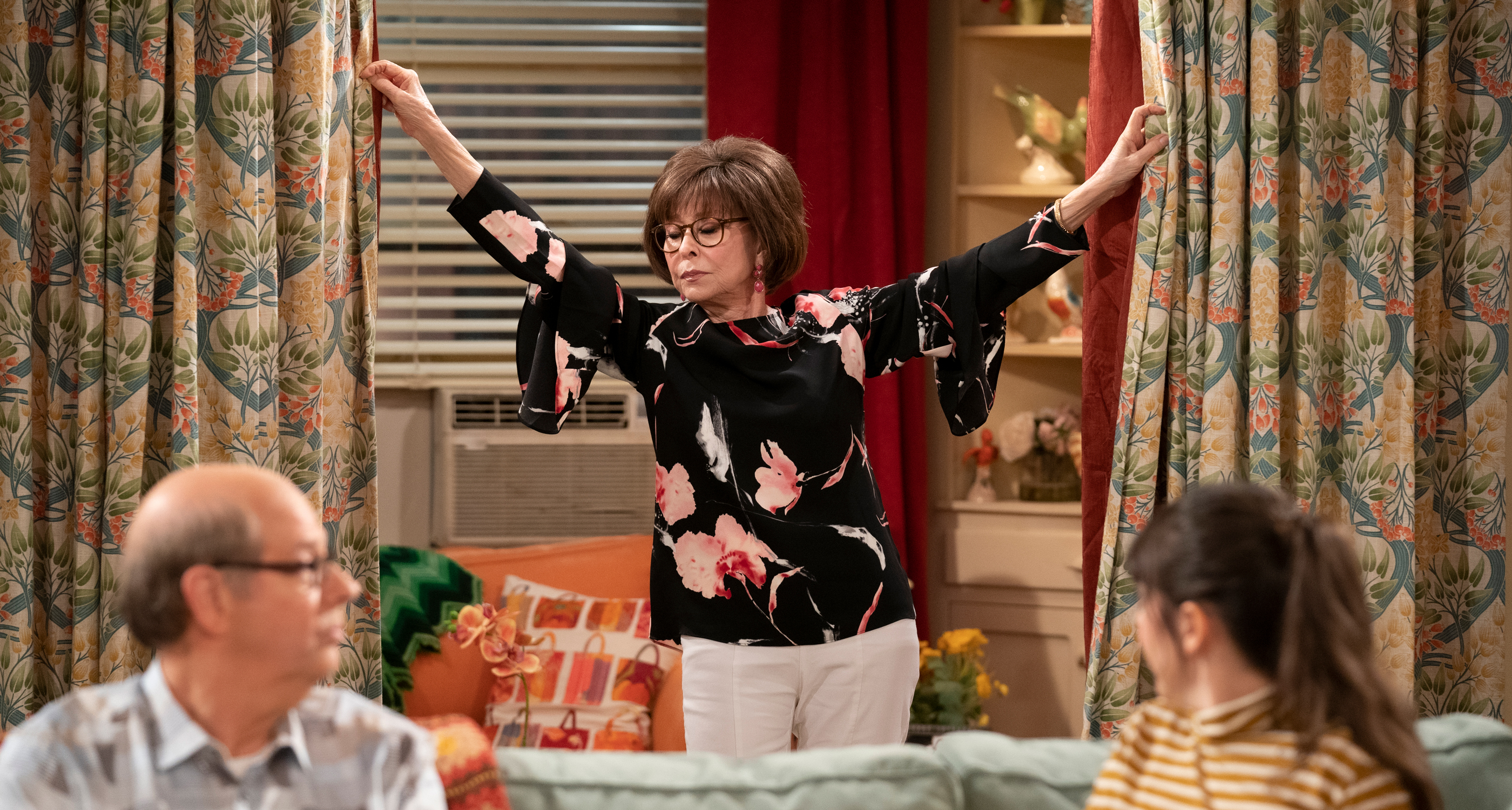 The fourth season of the reimagined Norman Lear comedy-drama will premiere tonight on its new home of Pop TV—just over a year after Netflix pulled the plug on it.

Last year, when news came out that ODAAT was not renewed by Netflix, fans took to Twitter to express their discontent, and even made #SaveODAAT the #1 trend on Twitter for a day.

But the resurrection of the show—which is led by a Latinx cast, including PEGOT winner Rita Moreno—means so much more to television than just audiences being able to continue on with their favorite character’s journey. It represents an increased percentage (albeit small) of roles in which Latinxs are not criminalized, hypersexualized or put in a one-size-fits-all, “maid to order” box. A study of Latinx representation in media commissioned by NALIP, Columbia University’s Center for the Study of Ethnicity and Race, and the National Hispanic Foundation for the Arts, found that, “from 2012 to 2013, 17.7% of Latinx film characters and 24.2% of TV characters were linked to crime.”

Lear wanted his show to represent the diverse face of America—one in which underrepresented populations wouldn’t be relegated to harmful stereotypes. So he did just that.

Lear hired a diverse group—on and off the screen—to conceptualize ODAAT with a Cuban-American family and several LGBTQ+ characters at the core. One of those people is executive producer and co-showrunner, Gloria Calderón Kellett.

Moreno, who plays Lydia Riera, the Cuban mother of the show’s main character—Penelope Alvarez—said it was the tenacity shared by Calderón Kellett and the show’s audience that helped revive the show from the brink.

“It was by sheer audience force. Which is really what makes it so special. I have to say Sony really killed themselves. They loved the show from the beginning. […] Sony has always championed us. It’s really them plus Gloria Calderón [Kellett] who really took to the social network, and the audiences really saved our behinds. And I am so happy because this show has so much to say,” Moreno said in an interview conducted on the Sony Pictures lot a week and a half before the show shut down production due to coronavirus concerns.

ODAAT has been Calderón Kellett’s passion project for the last several years. In an interview with the LA Times last year, she revealed how she was pushing everyone from her Uber drivers to people in the grocery store to watch the show on Netflix, not knowing exactly what the viewer numbers were.

That sheer gumption is something Lear recognized in Calderón Kellett, and Moreno is grateful he did.

“We also for one moment, cannot forget who hired this woman—Norman Lear. That’s very, very, very important. He put this production in her hands. He obviously is at the top echelon, he is the one who said, ‘I know just the woman.’ And I think it’s incredible. I am so proud to be a part of this. You can’t imagine. Truly proud,” Moreno said about Calderón Kellett’s hiring.

Throughout its first three seasons on Netflix, ODAAT’s storylines earned rave reviews from fans and TV critics. After its most recent season on Netflix, Rotten Tomatoes gave the show a refreshing 100 percent critic rating.

The show received praise for its portrayals of realistic issues, including mental illness, immigration, homophobia, and racism against Latinxs in the U.S.

Even its portrayal of everyday scenarios, such as being placed on a long hold by government agencies over the phone, has garnered laughs from the audience and Moreno herself.

“One of my favorite shows is hers [Penelope, played by Justina Machado] when she is trying to get a hold of the VA. She’s a veteran, and almost the whole half hour is her trying to meet someone on the phone. You know, she’s switched from place to place to place. And it was very funny, and at the same time it was maddening,” she said.

The combination of levity and addressing tough issues head-on is a delicate task not all shows can master, according to Moreno.

“I think it takes enormous skill to be able to do a very very funny show that also has very serious issues. It takes skill to be able to combine those. Because a lot of comedies do that. They try to have dramatic moments and they don’t do them well. It takes a very special skill and I think it has a great deal to do with knowing who your characters are and how they would react,” she stated.

Prior to the show’s production halt, Moreno was looking forward to having the show continue those types of conversations with viewers in its 13-episode season.

“We’ve got some new stuff. There’s one particular episode this year which of course I can’t reveal, but as far as I know, [this issue] has never been covered. And it’s hilarious and it’s serious. It takes such skill to be able to mix those two things,” Moreno said.

With ODAAT’s fourth season premiere, audiences will once again be able to laugh at Lydia’s theatrics, whose personality is inspired by Moreno’s own mother.

“It’s my mother. It’s her accent first of all. That’s where it starts. The accent goes literally arm-in-arm with attitude. What I adore about Lydia,” Moreno said with a chuckle, “is her vanity. Believe it or not, I am not a vain person. Never have been. I’m not a vain woman, but I love playing her vanity. She’s outrageous. I mean this woman will flirt with anything, including a fence post. She’s shameless, just shameless. She thinks she’s God’s gift to Earth,” she recounted, continuing to chuckle. “She sees a man, she goes, ‘Hello’—the voice goes down about three decibels,” Moreno said about her character.

Although the show will have shorter episodes, the format does allow for an important pro.

“Now we can be even more timely because we’re once a week, it’s not streamed anymore,” Moreno said about the show’s new format.

For its fourth season premiere, One Day at a Time will air March 24 at 9:30 PM /8:30PM Central on Pop TV. The premiere will also be available to watch on PopTV.com and on the Pop Now app for free and ungated starting March 25.