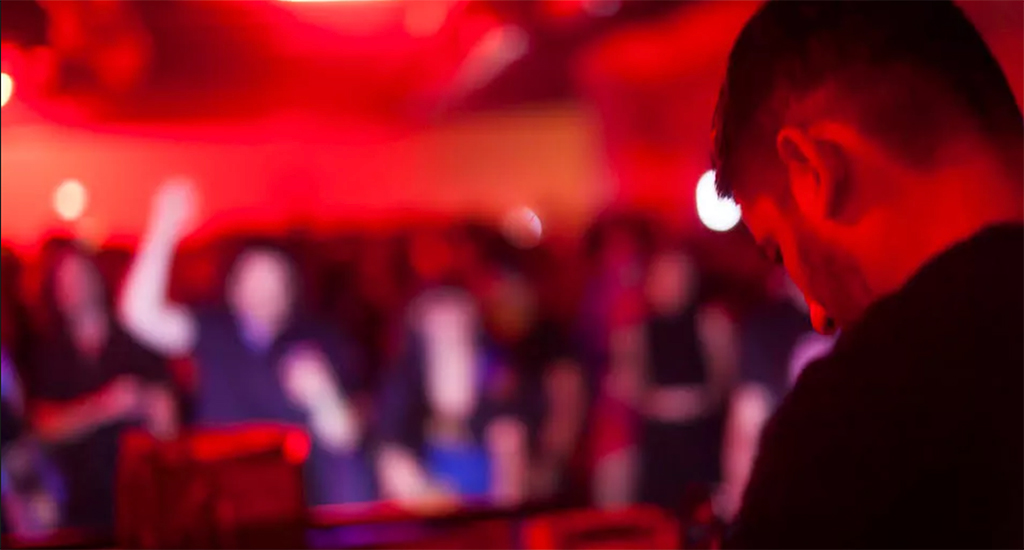 Santería and Circuitry: The Electro World of Alpha 606

Music proved a staple of Armando Martinez’s upbringing down in South Florida. On his mother’s side, he benefited from her all-encompassing love of Latin music, from the Cuban classics to the salsa explosion. From his father, he gained an appreciation for classic rock.

Around the start of the fourth grade, however, Martinez picked up on the 1980s wave of African-American electronic hip-hop represented by the breakdance-friendly likes of Afrika Bambaataa and Newcleus, as well as Germany’s originators Kraftwerk. It would still take quite a few years before he began to fully embrace the genre now universally known as electro, both as a producer as well as a listener. Yet there was one type of music that may have had the deepest effect on him, one that connected with him on an altogether different plane.

“My whole family basically is in the Santería religion, the Lucumí,” Martinez says, distinctly recalls his family hosting santos in their home. “I was always around the Afro-Cuban and African ritual music [and] folkloric music.” Though he no longer identifies as a practicing member of the faith, the sounds of ceremony still resonate with him. “It still stuck with me, the intricacies of that music.” 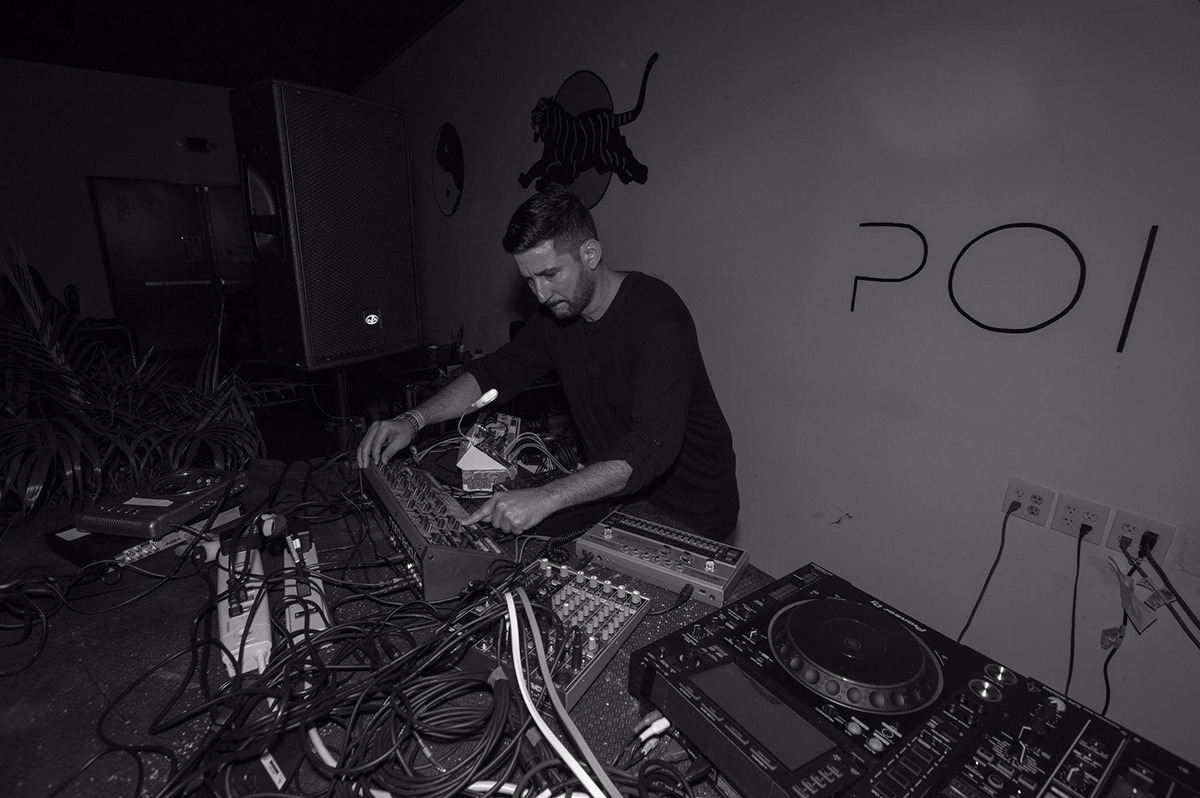 Beyond the realm of the sacred, Martinez began learning to play an instrument at the age of 17. Nonetheless, the transfixing qualities of that spiritual music remained with him, so much so that its rhythms would later seep into his work as Alpha 606, a project rooted in the retro-gazing electro tradition. “As I distanced myself from the religion, I found myself wanting to dive in more to its music,” he says, likening it to Indian classical music. “I’ve learned to incorporate the polyrhythmic drumming and the 3/4 time meters that are very present in Afro-Cuban music into my music—and not just the percussion.”

That particular point distinguishes Alpha 606 from the countless electronic producers who employ Latin instrumentation in their tracks without an understanding of how they work in their native contexts, by way of accents and syncopation. Actively countering that willful ignorance, Martinez’s intimate lifelong relationship with this music lends a legitimacy to the way in which he executes its fusion with the traditionally rigid (read: Teutonic) structures of electro. On his succinctly-titled 2016 album Afro-Cuban Electronics for the esteemed Interdimensional Transmissions label out of Detroit, that manifests in the subtleties of “Afriba” and “Black Mermaid” as well as the comparatively more overt interplay of organic and inorganic on “Armambo” and “Gauges.”

“Lately I’ve been doing things surrounding and involving the clave,” Martinez says, referring to a signature pattern in Afro-Cuban music with roots in Sub-Saharan Africa. To him, it’s about something more than throwing a bongo on a track, but rather acknowledging the purposeful placement of that bongo from a historical, cultural, and musicological perspective.

Aside from that authenticity within experimentation, astute readers will no doubt note the poignant political wordplay of Martinez’s musical moniker, a dual reference to the vintage Roland TR-606 drum machine and the militant anti-Castro exile group Alpha 66. While the former serves as an embrace the sort of technology that made electro possible, he is quick to distance himself from the politically loaded nature of the latter.

“I’ve received hatemail from hardcore Communists around the world,” he says. Ironically, he credits the project name entirely to former Alpha 606 member Rey Rubio, the Dopamine Records co-founder who appeared on 2005’s Computer Controlled EP. A self-described hippie, Martinez is more likely to be found in rainbow gatherings than plotting political coups. “Sure, I want to infiltrate Cuba, but with my sounds.”

“I’ve always been sensitive to the conditions in Cuba,” he says. In 1998, he visited the country, and while staying with family in Punta Brava he saw the suffering firsthand. Ultimately, however, his peacenik politics put him at odds with the hardliners and extremists on all sides. “The Miami Cubans go off on me,” he says, as a Bernie Sanders booster exasperated by his neighbors’ support of Donald Trump. “I feel like I’m pissing everybody off!”

Rubio isn’t Martinez’s only former collaborator. For a time, he employed percussionists in Alpha 606 performances, though he admits their free-flowing improvisations diverged from his intent. “They were going over the whole thing and then it just sounded like a drum circle,” he says dismissively. “There was no electro context to it.”

While signature dancefloor rhythms like the breakbeat or the dembow rely on a rigid familiarity, Alpha 606’s beats come from Martinez’s attempts to break the clubby mold. “You kinda have to fuck it up on purpose, nudge the notes off the timing and off the grid, to give it that human looseness,” he says. There’s obviously a learning curve and a lot of trial and error, especially when combined with complicated modular synthesizers, but the musical possibilities for his tracks are quite broad.

Still, Martinez’s passion for electro hasn’t wavered. “It’s sci-fi, it’s space exploration, the future, man meets machine,” he exclaims in an almost devotional tone. The enduring influence of Kraftwerk as well as 21st century practitioners like Anthony Rother remains front-of-mind in the Alpha 606 mission, even as he pushes the genre’s boundaries into new experimental places.

That restless creativity extends to the live setting, one in which Martinez has become an increasingly in-demand talent. Utilizing the open-source microcontrollers of Arduino, he essentially built a robot that performs on an acoustic percussion instrument that he programs electronically. That engineering feat connects him to both musique concrète legend Pierre Henry and intelligent techno icon Aphex Twin, a remarkable class of composers.

Inside the Afro-Latino Festival of New York City

Be You: Queer Xicano Chisme