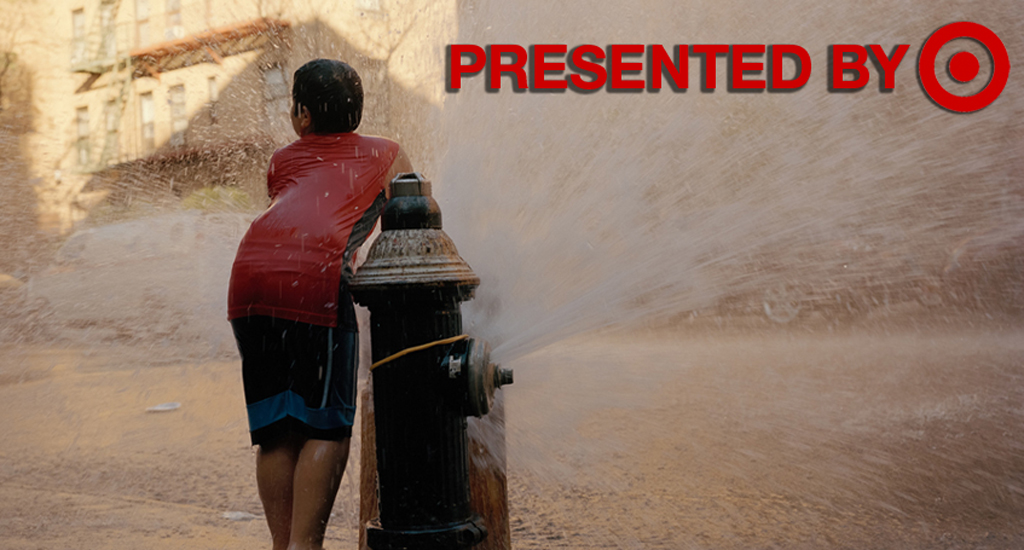 Si Dios Quiere: A Story of Duality from the Dominican Republic to Washington Heights

Mami was the first of her eight siblings to come to Nueva York. In 1979, she embarked on her first trip with abuela and one of her tia’s. Her seven brothers and sisters stood behind. Their first destination was a neighborhood in the northern portion of New York City – Washington Heights. When I asked mami why she left the Dominican Republic, she replied; “For a better life, Adeline. Nosotros no teniamos nada en la Republica Domincana. Venir aquí era como un sueño (We didn’t have anything in the Dominican Republic. To come here was like a dream). She continued in English with a heavy accent, “I wanted to come and work here and become somebody in life.” When mami left the Dominican Republic she was a 17-year-old high school student. When she migrated to los Estados Unidos (United States), she had to put her education on hold. She continued in Spanish …“I had to work and help Mama so that we could ask for my brothers and sisters to come. There were a lot of us so we had to work hard to help bring them here.”

Mami and Papi migrated from the Dominican Republic to Nueva York in pursuit of better life and opportunities…the ‘American Dream’. When I was a child, my parent’s took my sister and I home to their patria (native land) where they introduced us to our roots, family and friends. Our visits to the Dominican Republic were mostly spent in my grandparents home in the campo (countryside); located in a rural area – Hincha, Moca.

Si Dios Quiere (God Willing) is an ongoing project I began in 2013 portraying the lives of families in the Dominican Republic, as well as Dominican immigrants living in the United States. It is also entangled in the current social political conflict over Haitian Dominican citizenship and questions of belonging.

The Dominican Republic is a place I call home. My childhood was filled with many fond memories playing and running around in the campo (countryside). We spent many summers there. I couldn’t explain it, but I understood that my life in the Dominican Republic was very different than my life in Nueva York. When I wasn’t chasing roosters, trying to catch lizards or playing ‘tres y dos’ – I was eating mangos from abuelo’s tree or shouting ‘se fue la luz’ when the lights when out. My mother would take me with her to visit families in the barrio (neighborhood), give clothing and pay respect to those who were ill. The custom of visiting everyone in the barrio played a significant role in my childhood.

When I became of legal age to work in U.S., my summer visits to my motherland came to an end. Nine years went by without visiting, yet longing for return. Si Dios Quiere spans many consecutive summers and acts as a way to reconnect with my motherland, family and friends. The series shines a light on our unique national characteristic but also raises awareness on issues that have been faced for decades.

In 2015, I expanded the project to include Washington Heights, New York – the largest concentration of Dominicans in the United Sates. Roughly 675,000 Dominicans live full or part time in New York City. Washington Heights is like a little Dominican Republic ,but in New York. We have succeeded in molding a place for ourselves within the American landscape; carving out a society with a distinct cultural identity and creating a strong unified Dominican community. In migrating to the U.S., Dominicans have carried their roots and traditions with them. The goal has been to provide for their families and give their children an opportunity at a life they could not otherwise have. Though they have succeeded in becoming a part of the U.S., there has always been a longing and sense of displacement for their origins—living partly here and partly there.

Si Dios Quiere is a saying I have heard my whole life. During my trips to the Dominican Republic, it was a reply I received very often. It is a belief used to express that everything happens according to what God has planned for you. By custom we put God first so that he can guide us towards the things we desire and if it does not happen it is understood that it was not in God’s plan and we accept that.

Si Dios Quiere is shaped around family, history, memory and a reflection of place and race. The different themes conveyed throughout the work address family values, class inequity, access to healthcare and poverty. Si Dios Quiere aims to raise awareness but also celebrates our rich and vibrant culture.

My goal is to show up for community, listen to them, show them love, support and understanding while trying to find ways to help, raise awareness and create an impact. 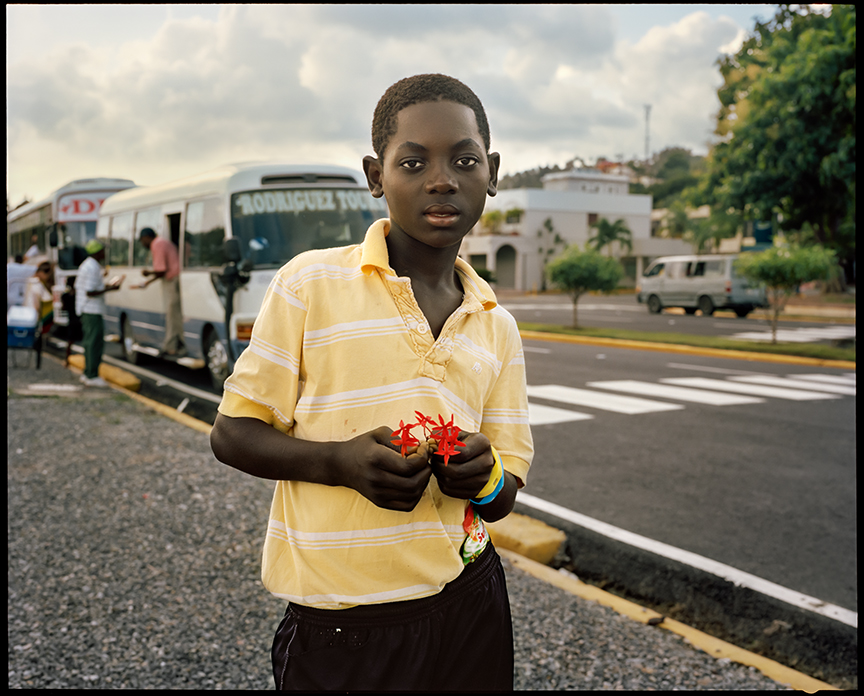 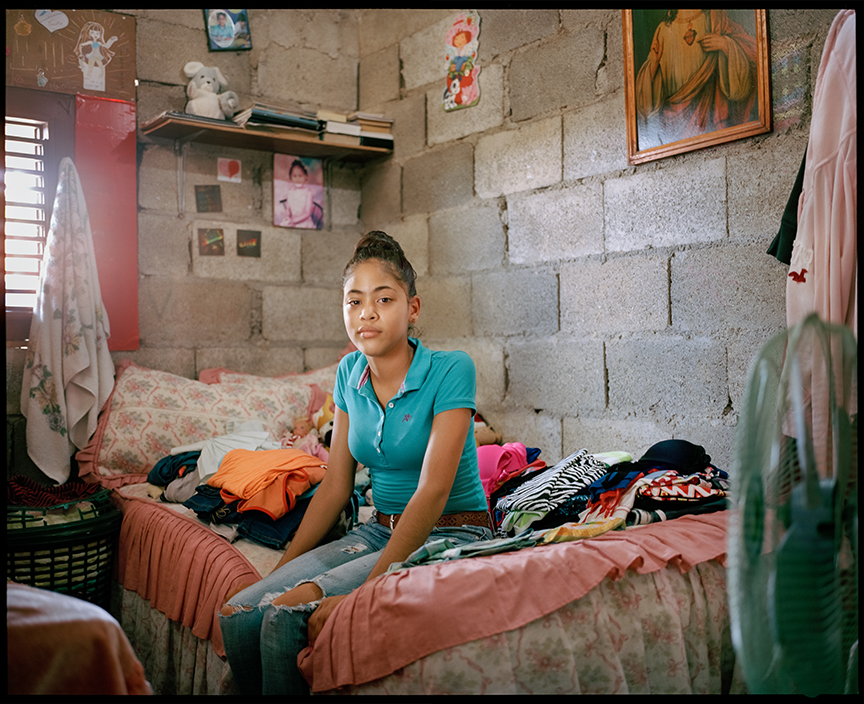 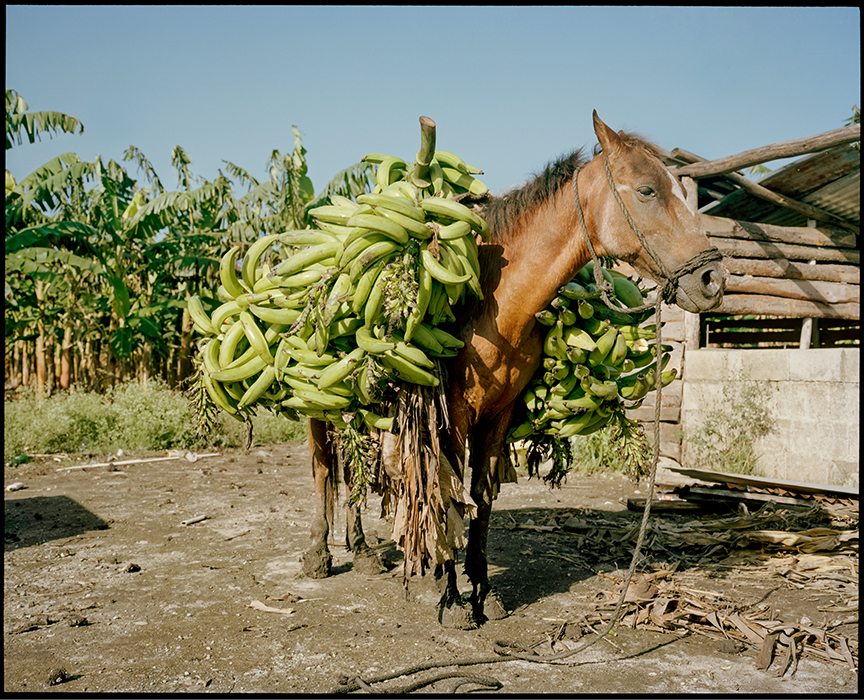 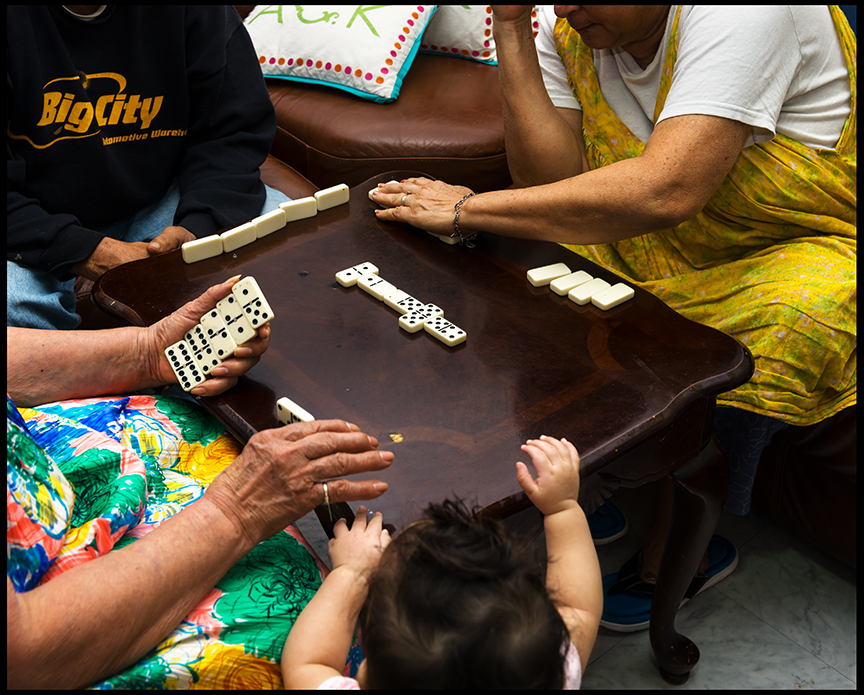 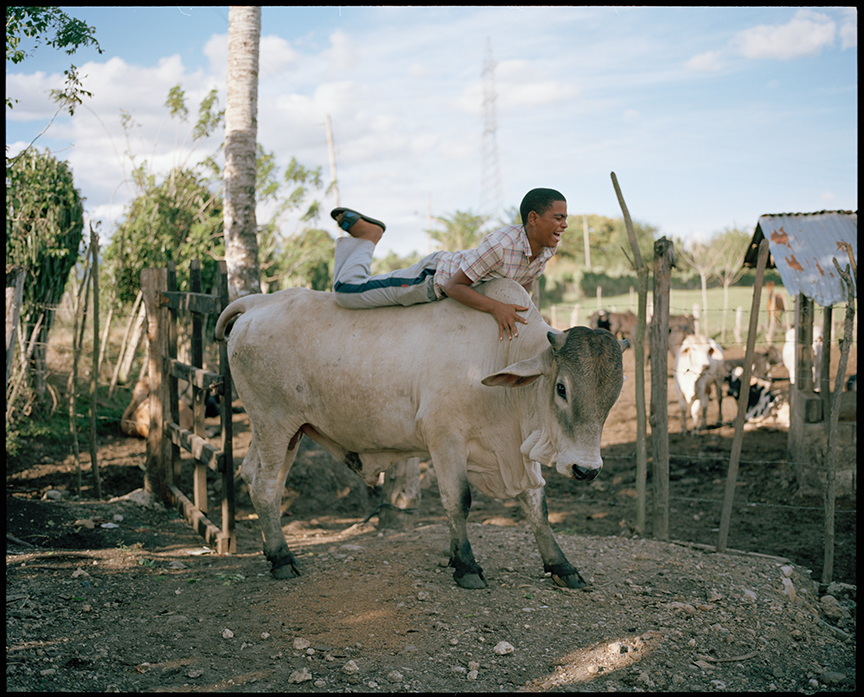 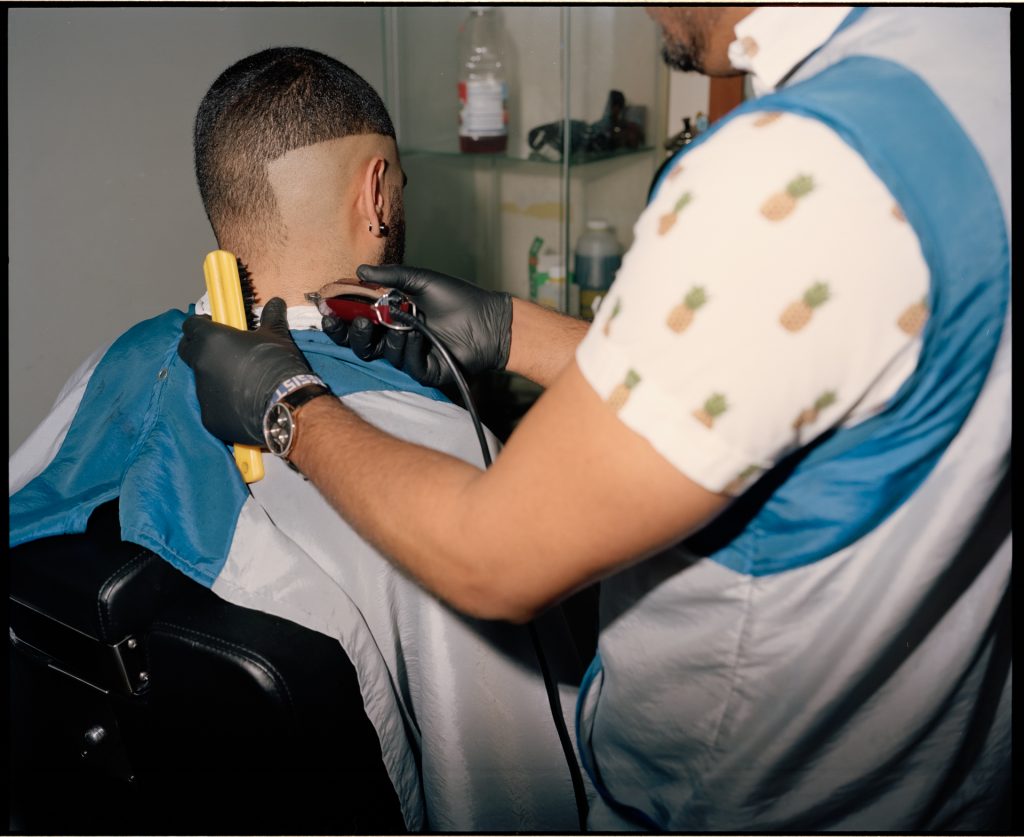 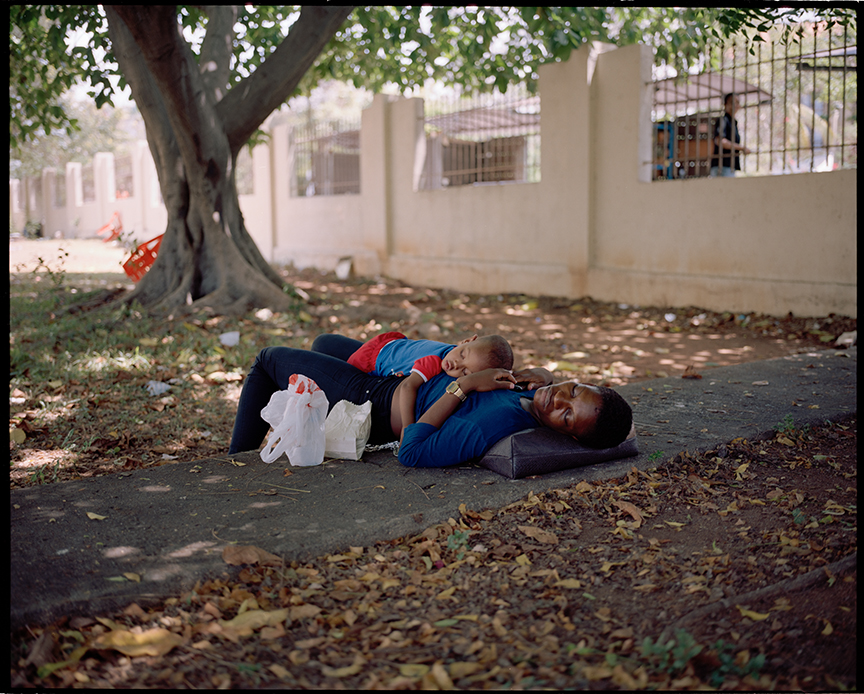 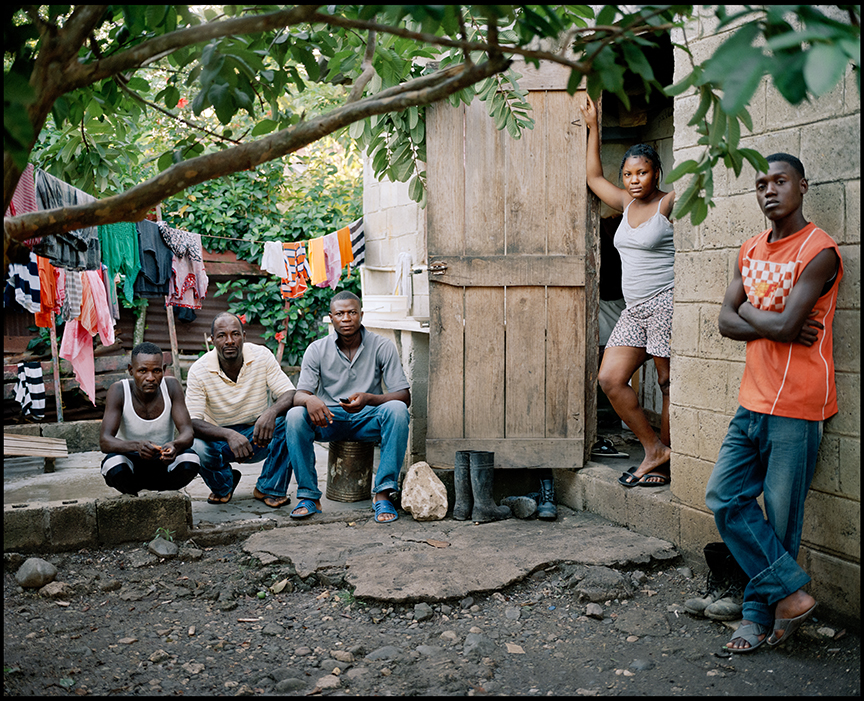 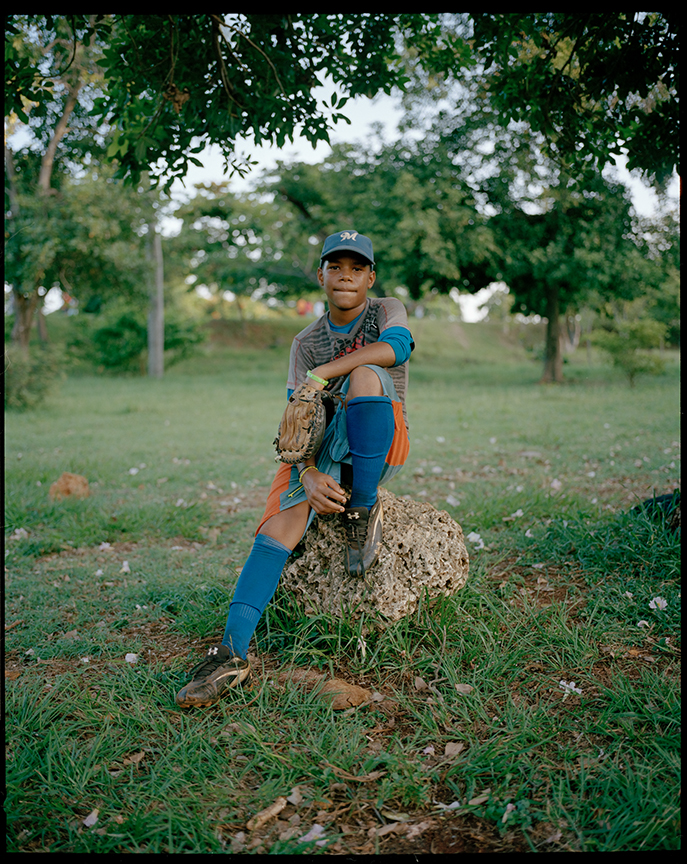 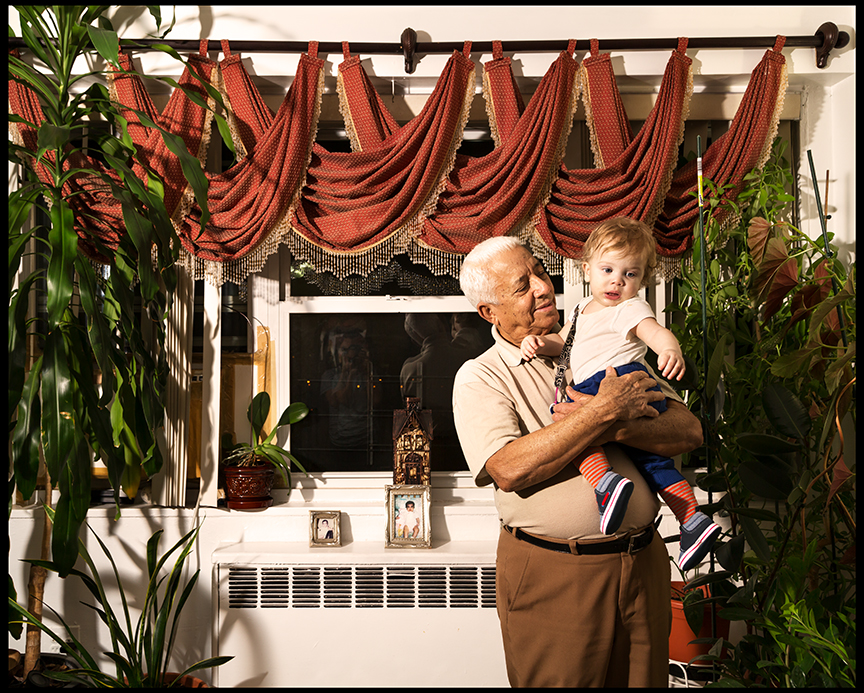 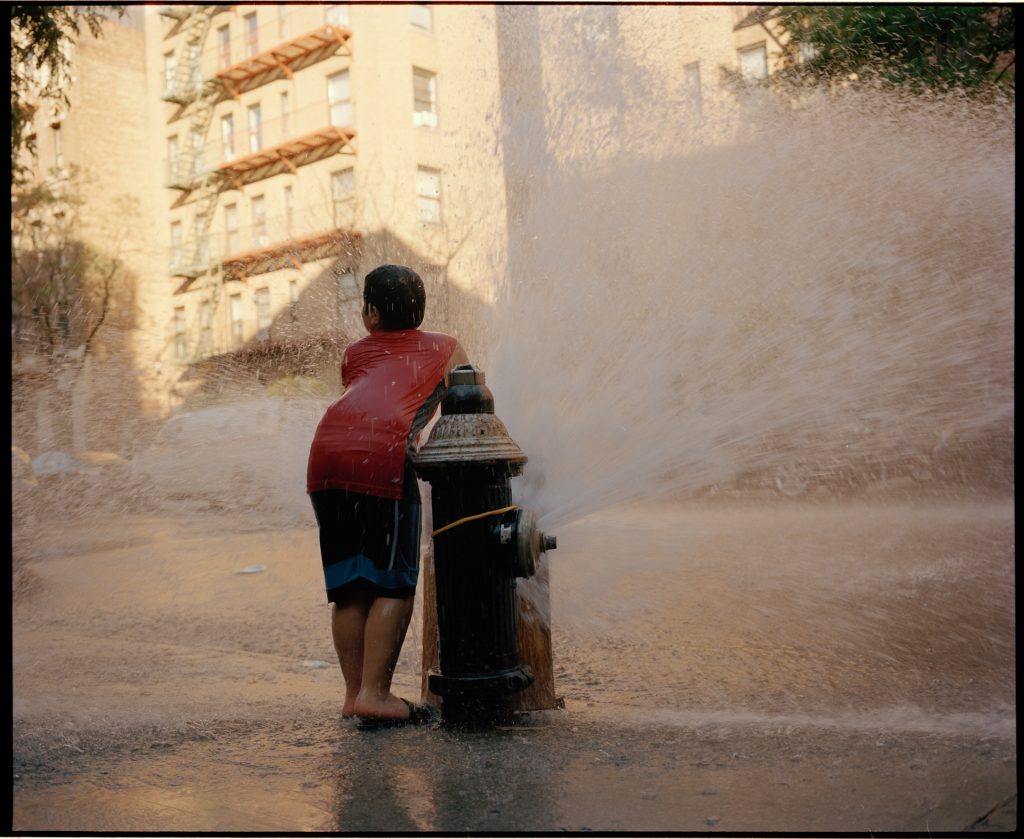 Adeline Lulo was born in Washington Heights, New York and raised in the Bronx. Her parents migrated from the Dominican Republic to the United states in pursuit of a better life … the “American Dream”. Growing up between the Bronx, the Heights, and the Dominican Republic shaped her life in many ways. Her roots, family, and the communities she partakes in play a huge role in her life and in the artwork she creates. She earned a BFA from Parsons School of Design in 2015 and was awarded ‘Best In Show’ for the Thesis Exhibition. Lulo was a grant recipient of the ‘Bronx Recognizes Its Own’ award in 2017 and 2019. She was also a recipient of the 1st Annual En Foco Photography Fellowship in 2016. She was selected for The New York Times Portfolio Review twice, has been recognized by Latin American Fotografía and has also worked closely with the Bronx Documentary Center. In 2019, Lulo was featured in W Magazine as one of “The 9 Young Photographers You Should Be Following”. Her clients include Time Magazine, Nike, AT&T, Refinery 29, Ulta, Cosmopolitan, Uniqlo and Vice.

All images are courtesy of: Adeline Lulo

Four Books You Shouldn’t Miss This October with Lupita Aquino