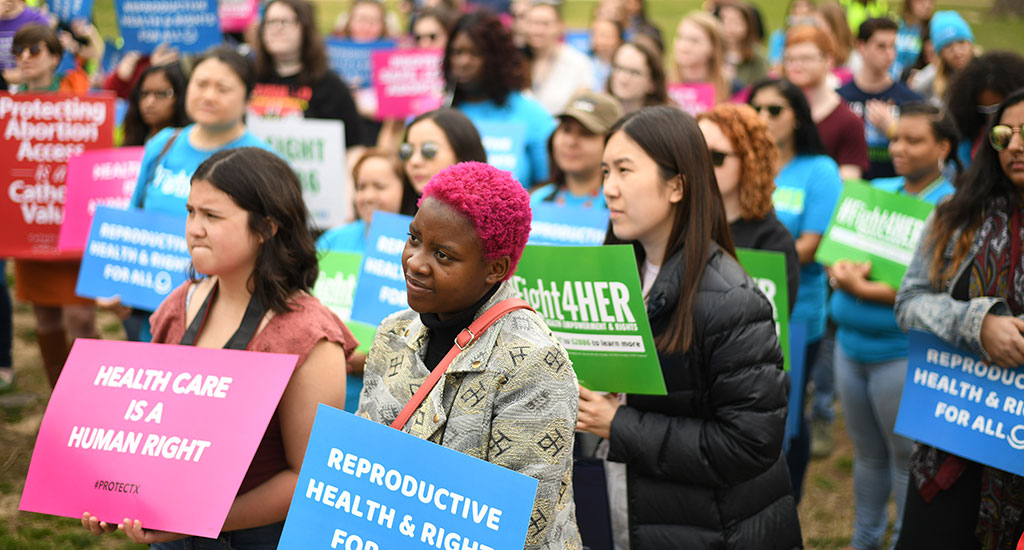 Why Anti-Abortion Laws Will Affect Marginalized Communities The Most

The 9th Circuit Court of Appeals determined in June that the administration can deny federal funding to clinics and family planning organizations—like Planned Parenthood—who provide abortions or referrals for abortions. But beyond the limits that this decision places on women’s reproductive rights, these restrictions, and their potential cuts to family planning clinics, will disproportionately affect people from marginalized communities.

In 1970, the federal family planning grant program, Title X, was established to make reproductive health services affordable for all people living in the United States. Health departments, federally qualified health centers, and clinics such as Planned Parenthood, use the money from Title X grants to provide mostly low-income and uninsured women with non-abortion health services, such as birth control, STD testing and cancer screenings.

Today, 4.5 million people receive services at Title X-supported organizations every year, according to the Center for Reproductive Rights. 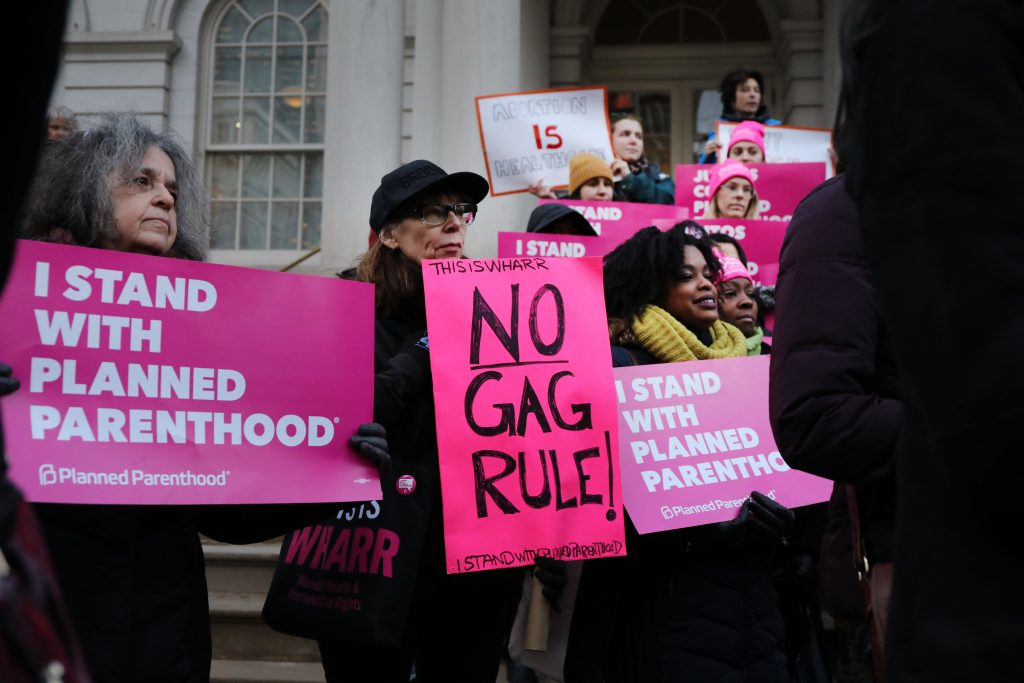 But thanks to the administration’s latest restrictions on Title X funding, which is being called a “gag rule,” if providers offer or discuss abortion services with patients, they will no longer receive Title X dollars, and millions of people could be at risk of losing access to affordable reproductive health services—the majority of which are female, low-income and young. Additionally, in 2017, 31 percent of patients who used Title X funding identified as non-white, and 33 percent identified as Hispanic or Latinx.

In the last decade, funding cuts and restrictive laws, like the gag rule, have led to abortion clinics being shut down. However, it’s not yet clear what this latest decision would mean for Planned Parenthood, which operates around 40 percent of the 4,000 Title X clinics in the country, and Title X provides for roughly a fifth of the revenue. The organization states that it will use their own emergency funds in the meantime, and keep fighting the legislation in court.

But the administration’s move is only the latest in a series of anti-abortion policies and proposals that have swept the nation. Across the country, but mostly in southern states, there are now various restrictive bills being signed into law—though litigation is pending challenging the various bans. The most rigorous is the near total ban in Alabama, where abortion is only legal if the pregnant person’s life is at risk, with no exceptions for cases of rape or incest. And any doctor who performs an abortion for any other reason could face life in prison.

But what about the consequences for women who need an abortion under restrictive abortion laws? Anti-abortion policies could lead to serious, life-altering, and even deadly consequences. The U.S. has the highest maternal mortality rate of any developed nation, yet as a result of restrictive regulations, the reported rate of maternal deaths in Texas increased from 72 deaths per 100,000 live births in 2010, to 148 deaths per 100,000 live births in 2012. And research shows that infant and maternal mortality rates are already higher in states with more restrictive abortion laws. 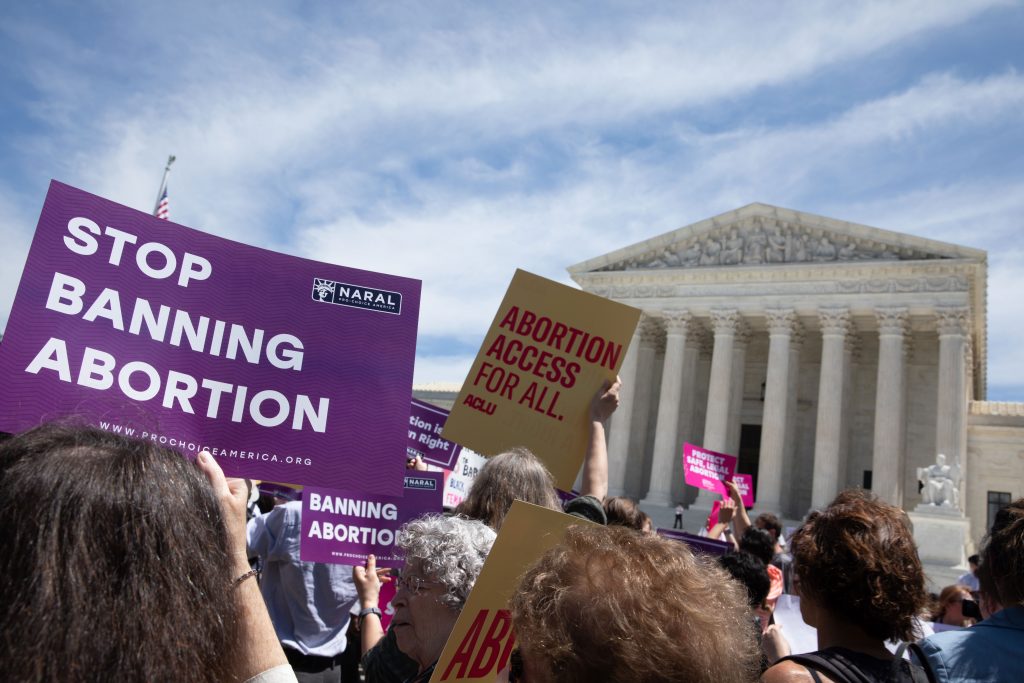 In some states, women could even go to jail for getting an abortion. Under the recent Georgia law revision, a woman who self-terminates her pregnancy or seeks out an illegal abortion from a health care provider, will now have committed murder or been a party to murder, before the law. The penalty for that crime is life imprisonment or capital punishment—although there’s now litigation pending against the measure. In the last decade, there have been several women who were prosecuted and jailed because they were accused of self-managing their abortions. The most famous case is that of Purvi Patel in Indiana. She was the first woman to receive a 20-year prison sentence for inducing her own abortion with medication she ordered online, which led to a miscarriage.

In fact, if Roe v. Wade were overturned, even miscarriages not induced by the mother could lead to life imprisonment, because health care providers simply cannot assess if the abortion was a natural occurence or induced by medication. This in turn would create disincentives for doctors to perform abortions in any scenario, since they too can be prosecuted.

But not all states have passed restrictive measures. Various initiatives have been created to strengthen abortion rights in liberal states like Maine, Illinois, Vermont, Rhode Island, Nevada, New Mexico and in New York City—we must however, continue to push for a women’s right to choose in every state across the nation. Because restrictive reproductive health laws will always disproportionately affect low income, uninsured and minority women, who are more likely to seek out abortions, and face additional obstacles.

These measures—be it the Trump administration’s gag rule or the restrictive laws of states like Alabama—will endanger the health of millions of women whose access to reproductive health care services will vanish. That includes affordable contraceptives, cancer screenings, Pap smears, HIV tests and abortion. As the reproductive justice activist Loretta Ross explains, “Our ability to control what happens to our bodies is constantly challenged by poverty, racism, environmental degradation, sexism, homophobia and injustice in the United States.”

The general message of the Trump administration is that abortion restrictions are necessary to protect women’s health and safety. In reality, the restrictive rules have the opposite effect: it will make it harder for women to have access to health care, thus putting their lives at risk. More than 40 years after Roe v. Wade, the battle for reproductive justice is far from over.

The Legend of El Cucuy: Folkslore