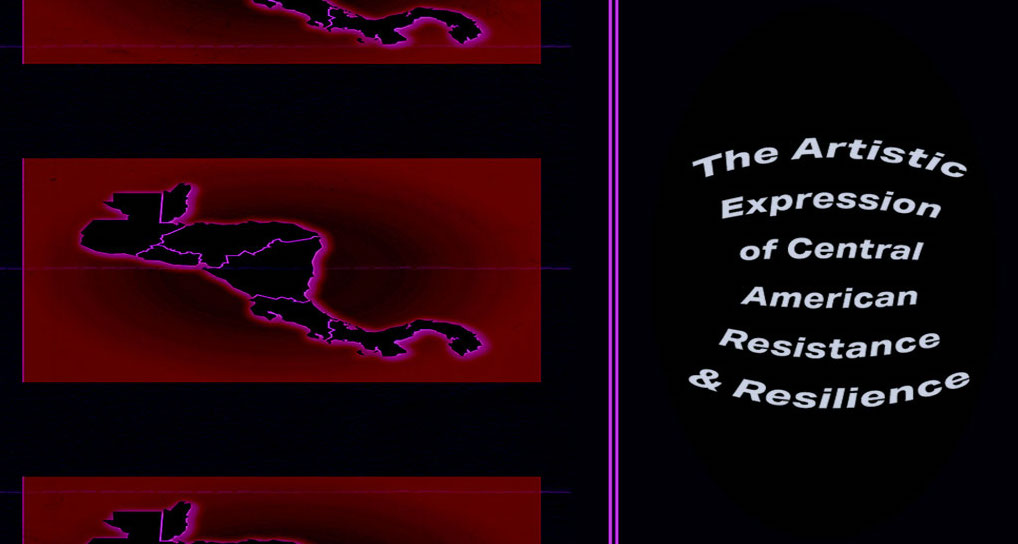 The Artistic Expression of Central American Resilience and Resistance

The sweeping homogenization of the Latinx experience has led to the historical exclusion of Central American narratives in Western and Latinx spaces. The failure to acknowledge the diverse cultural complexities of the Latinx community has reinforced the myth that Latinxs are one-dimensional and monolithic. But San Francisco’s SOMArts Cultural Center’s latest exposition CARAVANA: Mobilizing Central American Art (1984–Present), is looking to challenge this narrative.

The multidisciplinary traveling exhibition is curated by Fátima Ramírez, Mauricio Ramírez, and Josué Rojas. It works to create visibility and representation for Central American stories and art by empowering the next generation of Central American artists living in the United States. This installation explores the lived experiences of Central Americans as it relates to geography, mass migration, family separation, activism, and U.S. intervention. It intently creates a solidaristic space with an inclusive sensibility for open dialogue and conversation. 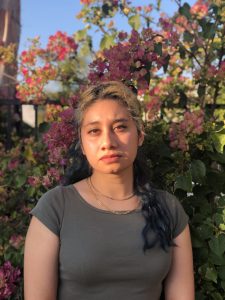 One of its featured artists is Guatemalan/Salvadoran-American artist Kiara Machado. Machado’s body of work actively challenges the omission of Central Americans from mainstream U.S. and Latinx narratives. Her use of vibrant colors and hidden Guatemalan-Salvadoran recuerditos (souvenirs) amplify the histories of the Central American community while simultaneously disarming Mexican hegemony—the belief that Mexican politics, culture, and media are inherently superior in importance and relevance over other Latin American countries—and the homogenization of Latinx art.

As an undergraduate student navigating through predominantly Eurocentric spaces, Machado’s art was often critiqued for being “too narrow,” containing “too much Latinidad,” and not being “universal.”

“We always see this huge focus on Eurocentrism within institutions that gets lauded as fine art. No questions about it, right? Everything else is othered,” said Machado.

In addition to being othered, Machado says she experienced constant erasure in the Latinx spaces she participated in, which were heavily Mexican-centered and lacked cultural diversity. But despite the reoccurring blockades at the intersections of art, identity, and culture, Machado’s resistance can be recognized in her recurrent exploration of these interchanges across the Central American diaspora through her cultural framework.

Growing up in Southern California and being of Central American descent, Machado developed an early connection to native regional plants, which have kept her grounded and rooted in her cultural upbringings. For that reason, she has commonly incorporated cultural plantlife in her art pieces and has found many correlations to the resilience she has personally witnessed amongst the Central American community.

“I am working with live [plants and flowers], and because, essentially, I’m cutting them from the root, I do notice how long they survive after being cut. There’s definitely a parallel with how Central American folks survive, isolated, not having access to community and culture,” Machado shared when asked how she sees resilience and connection show up in her work. 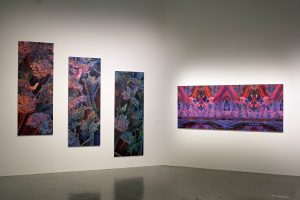 The painter’s multicolor artwork draws from the “very colorful, very vibrant pillowcases, the recuerditos” her parents used to bring back from their home countries.

“It’s very natural for me to transfer that over into my work and pay homage to my roots,” said Machado.

Her art contains layers of collective experiences that demand the viewer’s attention, pulling the viewer into Machado’s socio-cultural context.

“Being just really loud and taking up that physical space with my work, I feel is a way that I have been working towards creating this platform that [Central Americans] exist, that we have survived, we’re still surviving, and that we’re very much thriving.” 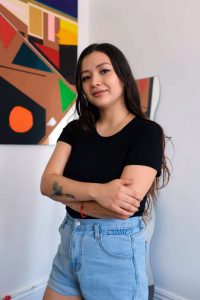 Featured alongside Machado is Salvadoran-born filmmaker and multimedia artist Kenia Guillen. Her short film, Isabel, navigates the complexities of a mother-daughter relationship post-reunification, directly impacted by migration trauma and the disenchantment of their new home in the United States. Isabel is a diasporic narrative inspired by Guillen’s own migration story as a young Salvadoran girl. It intends to honor the thousands of unaccompanied minors that have relocated to Long Island in the past few decades.

In the film, the protagonist’s biggest gripe is that her mother won’t let her walk to the park on her own. Isabel is used to having a certain level of independence that she is not allowed to live out in the United States because her mother fears they will be separated again. There is an unwanted presence of resilience that becomes central to Isabel and her mother and to other Central American immigrants living in the United States—a constant state of overcoming.

In Guillen’s opinion, kids in El Salvador have a greater sense of agency due to their tendency to run errands and hold responsibilities at a much younger age. 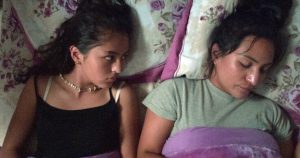 A screenshot from ‘Isabel’

“Growing up in a small rural town, you think collectively. Since you are born, you are surrounded by the same people. There are no outsiders,” said Guillen.

For Guillen, creating films like Isabel is a much-needed step towards shifting to a holistic narrative that honors the human realities of Central American resilience and kinship. Her use of storytelling and cinematic practice primarily focuses on the recollecting of collective memory and the processing of intergenerational trauma.

“I’m interested in the processes of cinema that can help to heal. And that starts on a personal level through writing. I love the process of writing memories and writing about migration because there’s a lot of unhealed wounds that I have yet to explore,” said Guillen.

To the Salvadoran-American filmmaker, the cinematic story of Isabel fully embodies the personal and collective memory—a shared pool of memories, knowledge, and information linked with a specific social group’s identity—of migration.

Guillen credits her obsession with memory to her continual attempt to recollect her childhood upbringing back in El Salvador. Her fascination with the power of personal and collective memory has led her to uncover the deep interrelationships of death, loss, and migration.

“Death and migration carry the same grief to me. I think we talk very similarly about somebody passing away and somebody migrating,” said Guillen. “Like, ‘un día los volveremos a ver’ (one day we will see them again). We might not be physically connected, but there’s still love there, you still pray to them, you still have rituals of talking to them…to me, these two things involve loss. At least for the undocumented who don’t get to go back, the moment that you say goodbye, the grief starts because you don’t know if you’re going to see your people again.”

Through their intentional centering of intricate Central American stories, Machado and Guillen compassionately re-humanize and re-dignify a group of people that are often stereotyped, overlooked or erased altogether. Through their artful illustrations and soulful storytelling, they distinctly emphasize how Central American migrants have repeatedly fought back against displacement, violence, and oppression and have built a second home for themselves in the United States. And through their evolving artistic expressions, Machado and Guillen tangibly embody what it means to resist erasure through the reclaiming of their existence.

You can view both Machado and Guillen’s artwork, along with the resounding work of other Central American artists, virtually here. For more information and to stay updated on all upcoming events, follow SOMArts on Instagram.