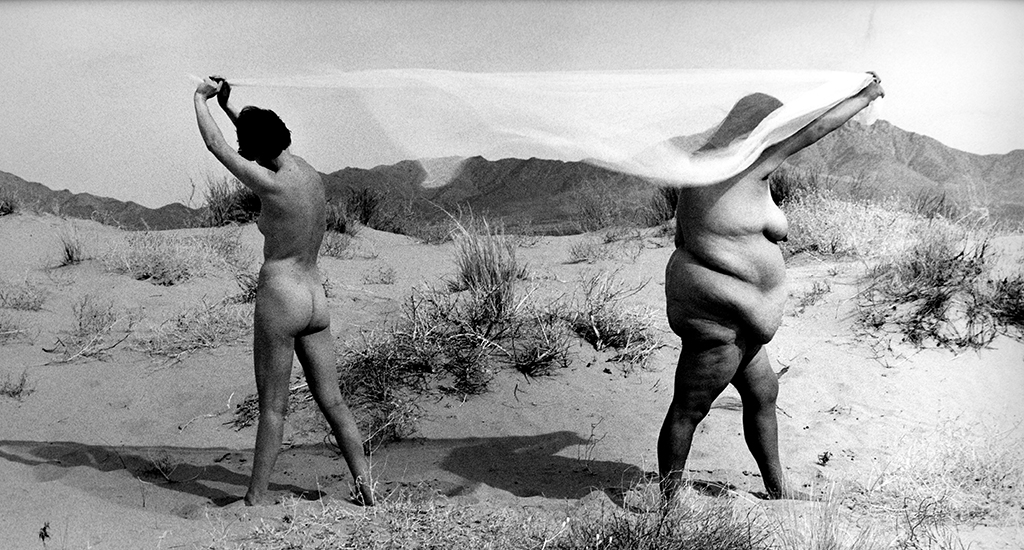 The Authenticity of Laura Aguilar

All photos courtesy of the artist and the UCLA Chicano Studies Research Center. © Laura Aguilar.

The concept of art often holds a never-ending search for authenticity. For Mexican-American photographer Laura Aguilar, art was just that: a tool to navigate the complex feelings and tensions within her own identity. She rose to prominence with her documentation of the energetic East Los Angeles art scene which highlighted Chicanx and Mexican cultural traditions in the wake of the Civil Rights Movement in the 1980s. Her work has been included in more than 50 solo and group exhibitions from La Biennale di Venezia, to the Smithsonian Institution’s International Gallery in Washington DC, and the International Center of Photography in New York. 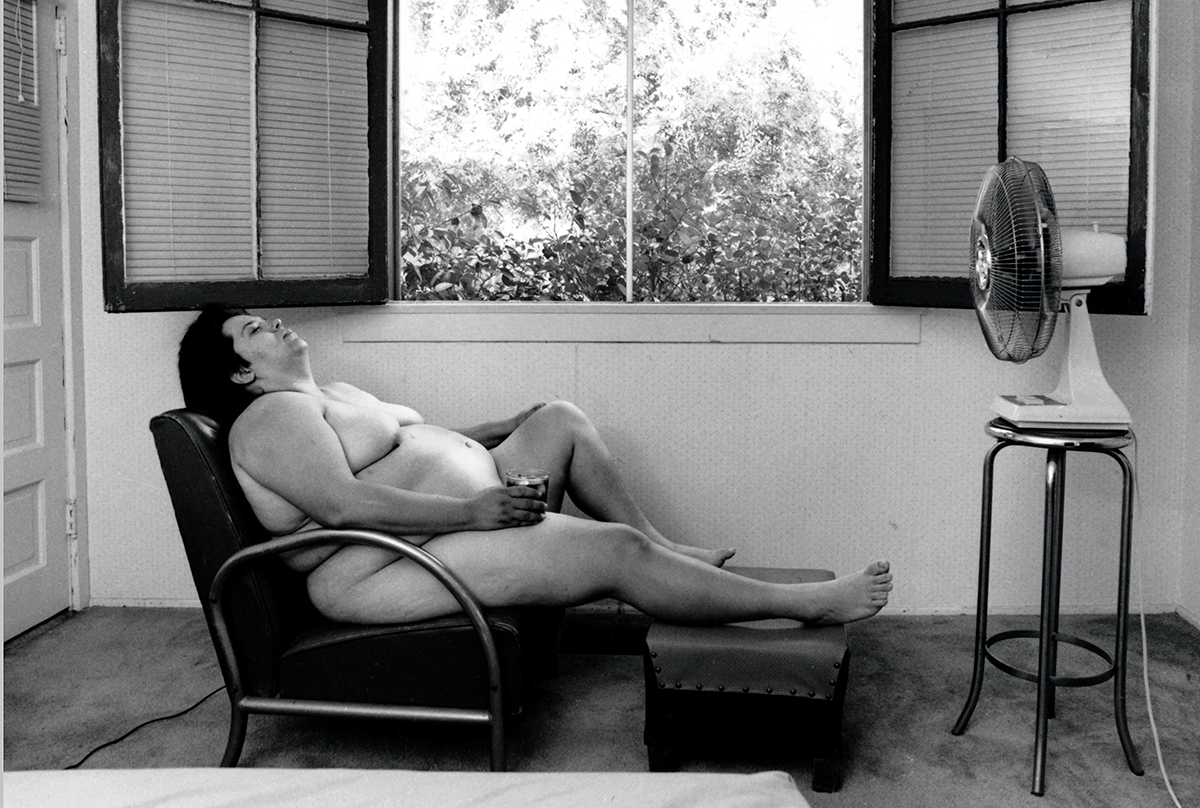 Born in 1959, in San Gabriel, California, as the child of a first generation Mexican-American father and a mixed Mexican and Irish mother, Aguilar suffered from the condition called auditory dyslexia that inhibits the brain ability to process basic sounds of language. The visual medium of photography became a creative outlet and the perfect tool for self-expression for the young Aguilar who also struggled with depression. She described herself mostly as a self-taught photographer but in the 1970s she studied photography at the East Los Angeles Community College and participated in Sante Fe Photographic Workshops.

Her body of work explored her mixed identity, sexuality, beauty standards, and she highlighted brown and queer bodies in order to counter their abiding invisibility in modern society. In the span of her thirty year career, her iconic self-portrait ‘Three Eagles Flying’ (1990) is one of the highlights. Aguilar stands bare breasted between the Mexican and American flags, bound by rope. Her body is covered with the Stars and Stripes and her face is hidden by the eagle in the Mexican coat of arms. It’s a pure reflection of Aguilar’s dichotomous notions of identity as an queer Latinx woman living in America. 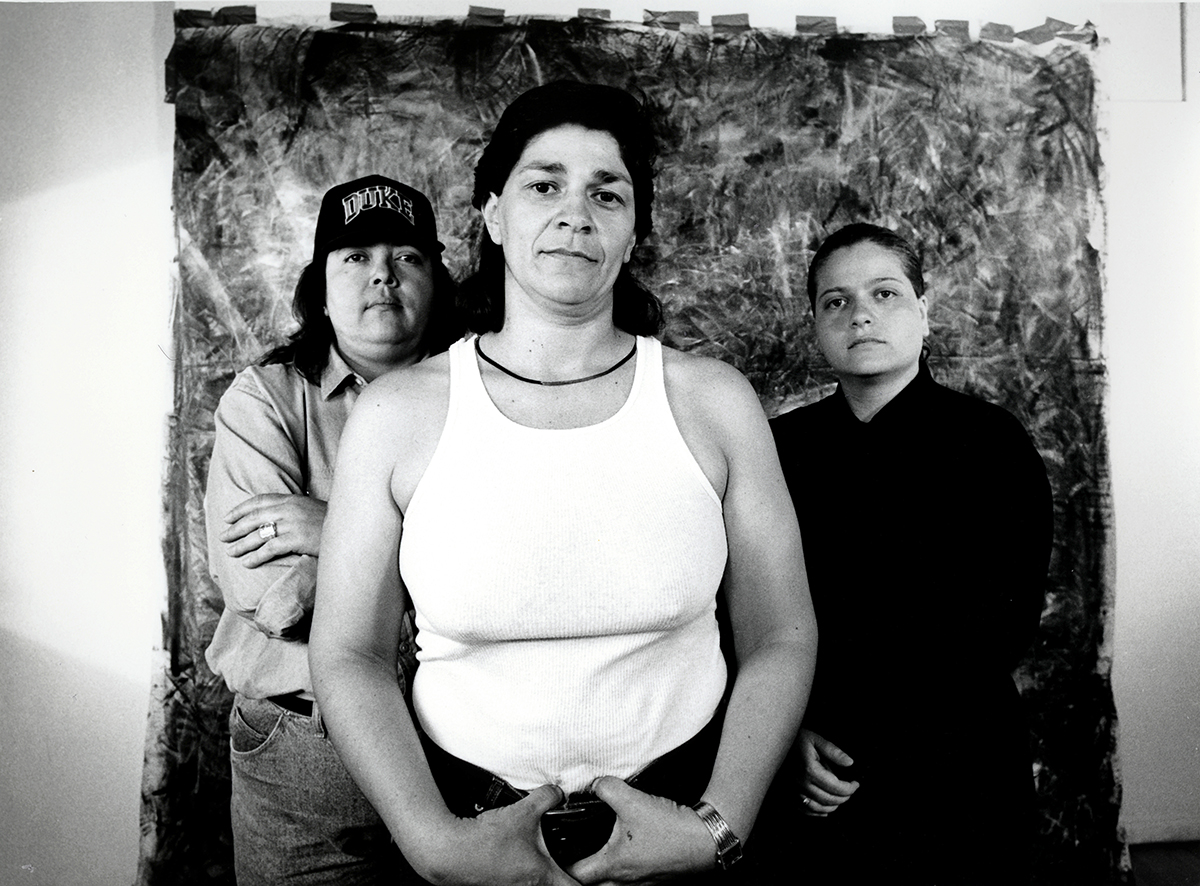 In the late eighties Aguilar came to terms with her own sexuality. She showed her self-acceptance in the ‘Latina Lesbians’ series (1986-90) which consists of black-and-white portraits of women who identify as lesbian and Latinx. The women engage the viewer with a direct gaze and the portrait is accompanied by a short first-person bio. Aguilar included her self-portrait ‘Laura’ (1988) where she wrote: “Im not comfortable with the word Lesbian but as each day go’s by I’m more and more comfortable with the word LAURA [sic]” It was her way of connecting with the LGBTQ community by showing visual self-identification. 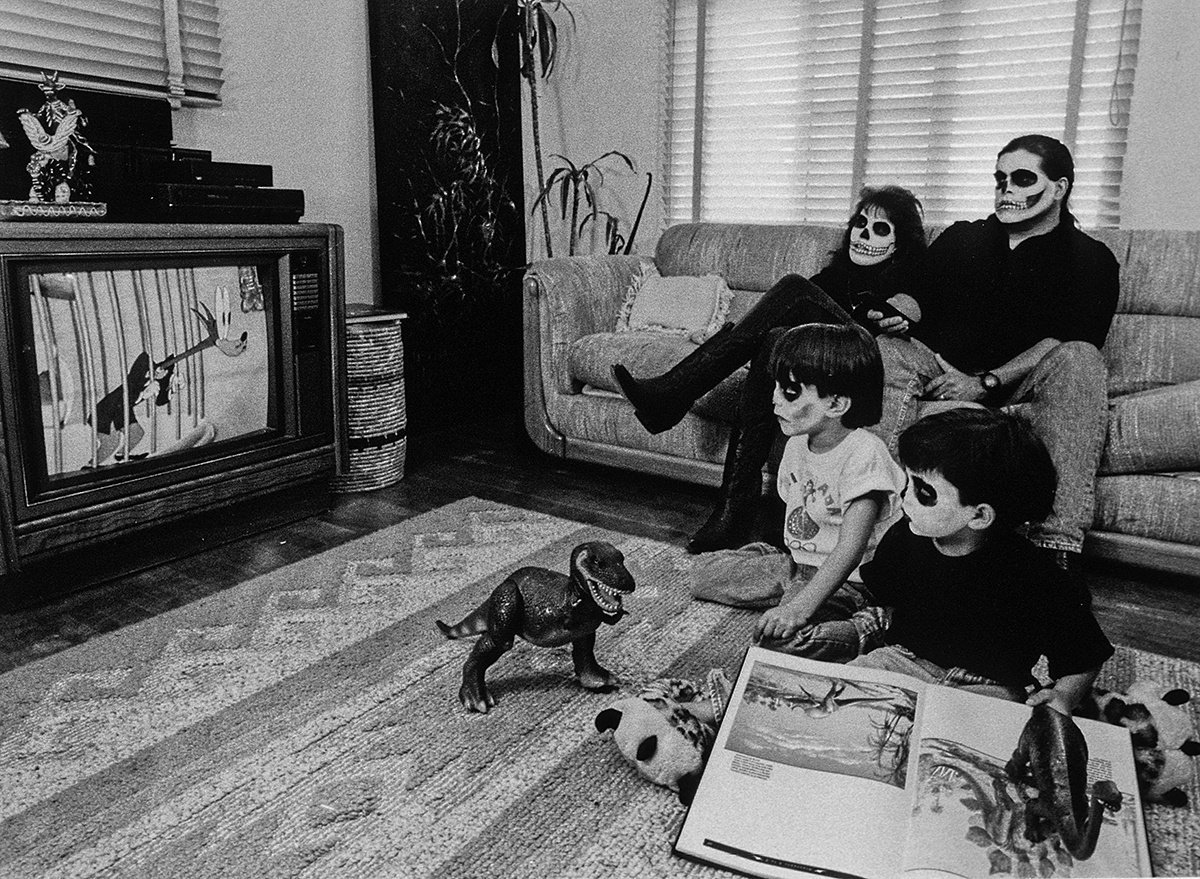 Other examples of the dichotomy of her identity—the depiction of national identity—can be seen in the popular photo ‘At Home with the Nortes’. Here she showed a family in calavera makeup watching television in a middle class home. By using calavera makeup, a symbol of Chicanx culture, she subverts the notion that suburban home life is a white experience. 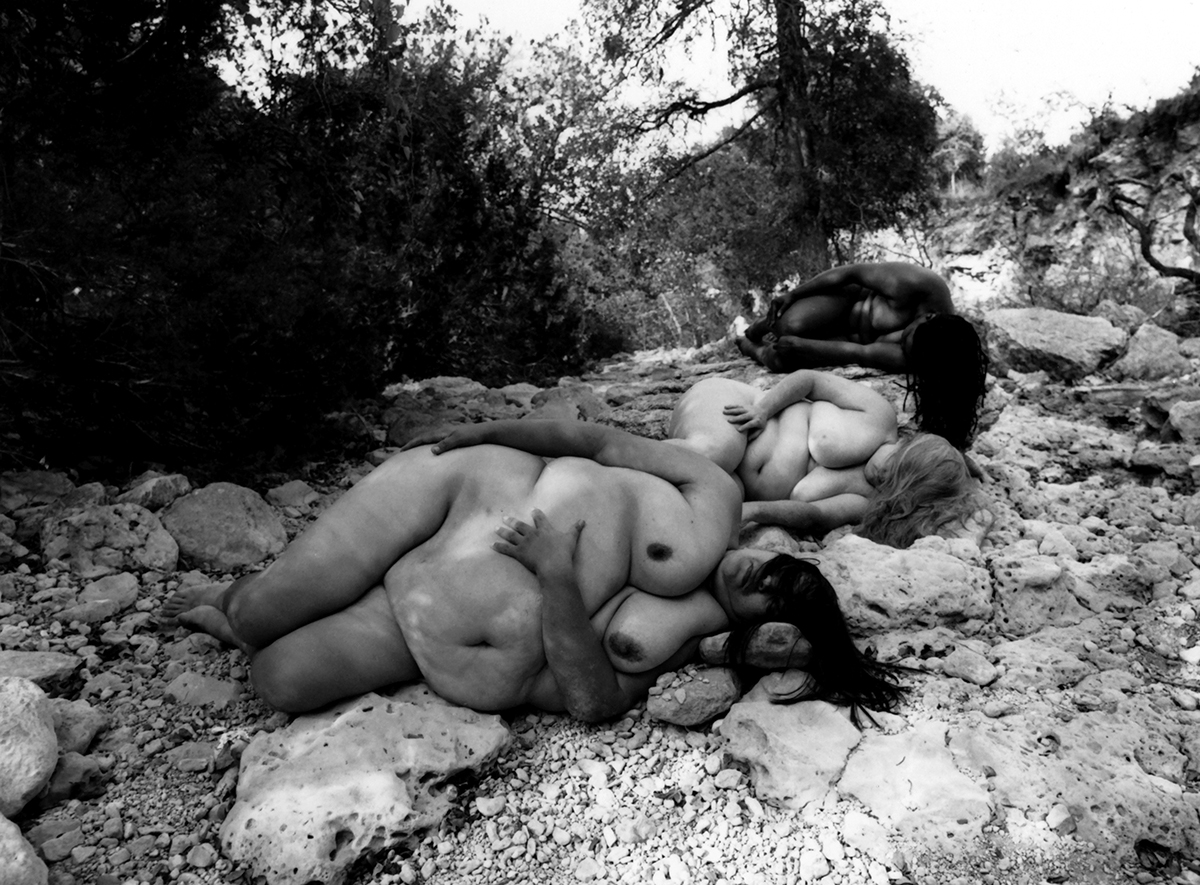 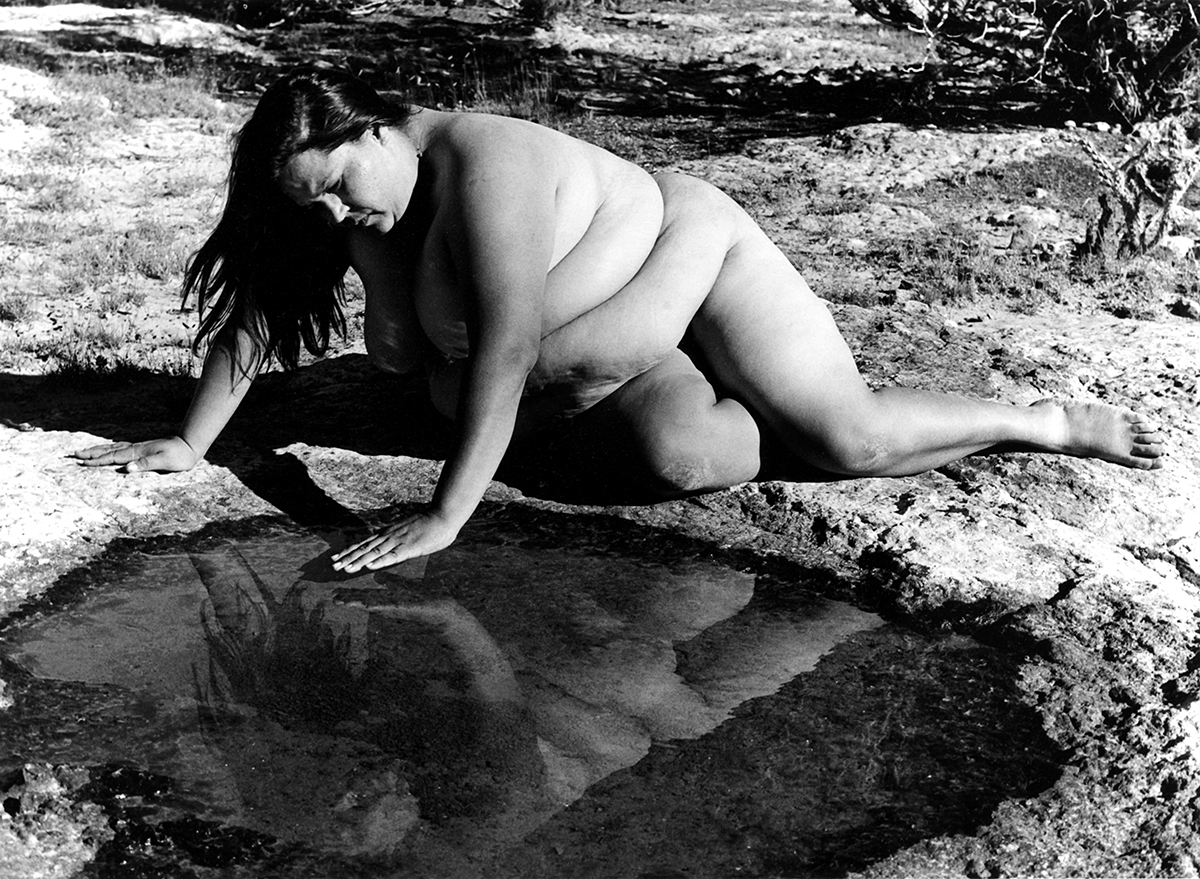 Her focus then turned on the human body as a central form of inquiry. In modern photography, the female body is most often captured via the male gaze. Larger bodies are invisible within this narrative (and society at large) but Aguilar used her own body to start a conversation—a body which was not represented in the fine arts since it clashed with the Western aesthetic. In the ‘Nature Self-Portrait’ series, she explored the ideas of physical presence and the body’s relationship with nature. In her 1996 photograph ‘Nature Self-Portrait #14’, Aguilar leans over a desert spring while she almost touched the water. It’s a gesture which turns the photograph almost into a painting: a large brown body set in a pensive sensual setting where she becomes part of the landscape. 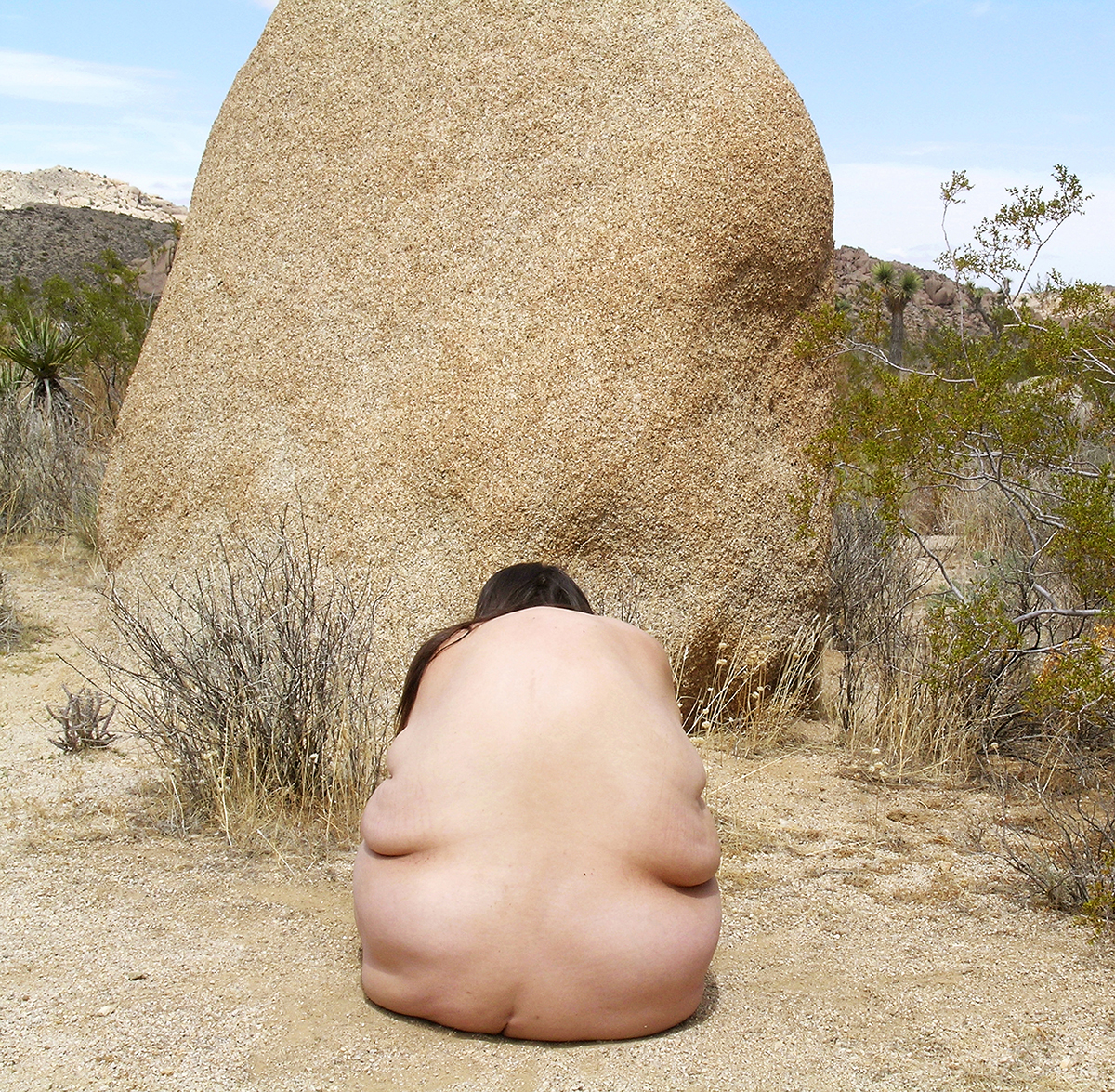 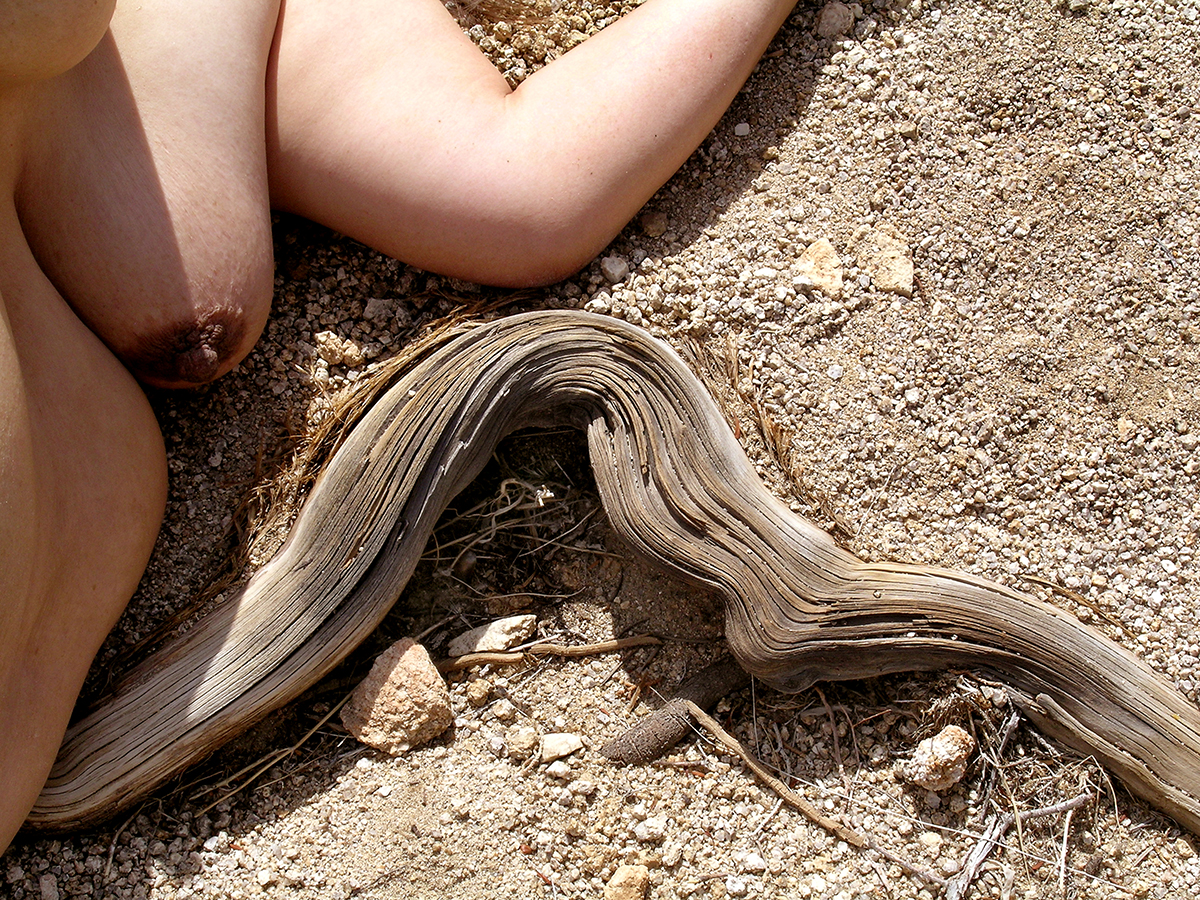 Art critic Amelia Jones notes that Aguilar’s work can be interpreted as celebratory identity politics. Aguilar’s penchant for self-portraits are a search for authenticity within the politics of marginality. Her photography reflects the people that are marginalized, oppressed, or are invisible. It was her own form of Mexican-American empowerment. 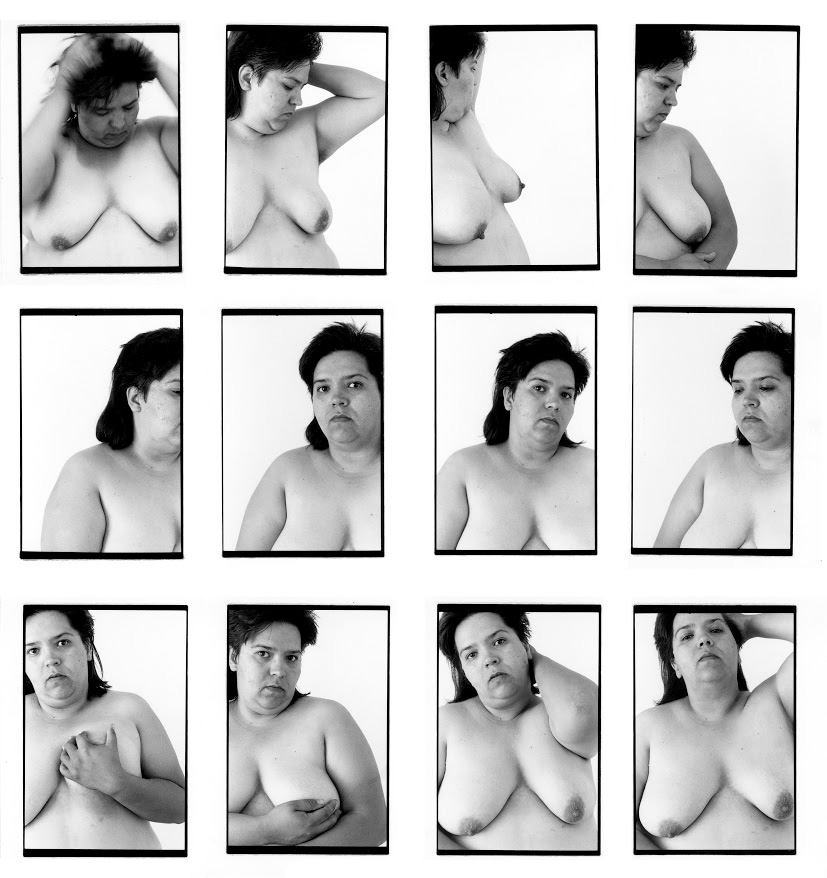 In September of 2017, The Vincent Price Art Museum held the “Laura Aguilar, Show and Tell’ exhibition which included photographs and videos from 1976 to 2007. The exhibition was part of the Pacific Standard Time: LA/LA initiative which aims to explore relationships between Latin-American and Latino art in dialogue with Los Angeles. 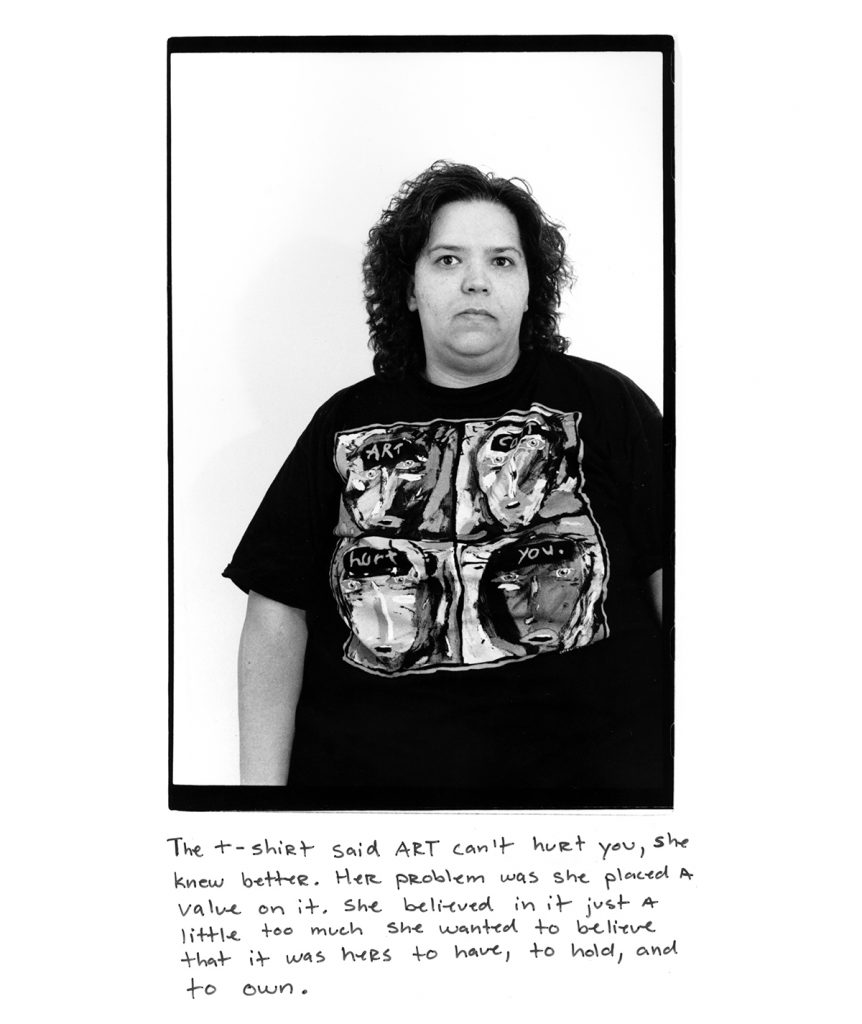 Aguilar passed away this week at 59 years old. In the 1980s she wrote in her artist statement, ‘My artistic goal is to create photographic images that compassionately render the human experience …’ Her artistic authenticity continues to shine in her body of work where she held up a mirror to the world.