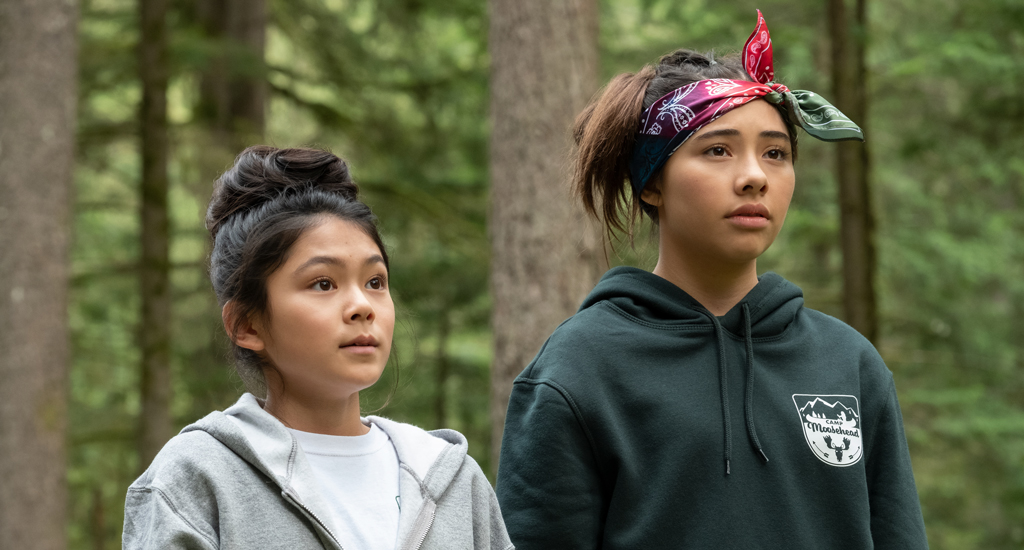 This summer, Netflix released a wave of ‘90s nostalgia with its modern reboot of author Ann M. Martin’s “The Baby-Sitters Club.”

The 2020 reboot of the cult classic continues to champion the original novels’ themes of female empowerment, friendship, and entrepreneurship by following the lives of four intrepid friends—Kristy Thomas, Mary-Anne Spier, Claudia Kishi, Stacey McGill and Dawn Schafer—as they start their babysitting business in a small Connecticut town.

The novels were already progressive for their time, with the inclusion of characters like fashion-forward artist Claudia Kishi, who is Japanese American. Asian Americans and young readers of color have said they identified Claudia as a role model who wasn’t afraid to defy norms, whether that was through her creative art and fashion style, or by rebelling against the stereotypical portrayal of Asian-American teens as studious and quiet. Claudia wasn’t just a token side character, she was the character girls wanted to be.

Now the TV reboot is bringing even more diversity on-screen by turning Dawn’s character into a Latinx pre-teen.

Dawn Schafer—played by actress Xochitl Gomez— is a free-spirited, independent California transplant and activist known for taking a stand on important issues.

Similar to her character on the show, Gomez also lends her free time to participating in causes she believes in.

The 14-year-old has already marched in two of the largest protests in the last five years. She participated in the downtown Los Angeles march for Black Lives Matter this year and in middle school, she accompanied her mother to Washington D.C. for the 2017 Women’s March.

Although Gomez said she is strong-willed like her character Dawn, she imagines her TV counterpart would be much more vocal and politically active if she were part of today’s world.

“She is bolder and way more into politics and [has a] bigger vocabulary. I did go to the [Black Lives Matter] protest myself. I think Dawn would have been more of a leader—I participated. She would have taken control and been there with a megaphone,” she told BESE.

Dawn’s activism is just one way in which the show’s protagonists navigate a variety of societal issues—from babysitter Mary Anne Spier speaking to medical personnel on how they should address her transgender client to club vice-president Claudia Kishi caretaking after her grandmother’s stroke. All while juggling the ups and downs of middle school.

These plot points are what allows the show to transcend audiences regardless of age and culture.

“A lot of people grew up with these books, it was a huge part of their childhood. People who read the books now have kids. It’s one of those shows you can sit down with the entire family,” Gomez said as she recounted messages she’s received from fans saying they watch the show with their mothers and comment on their favorite characters.

While the feel-good themes have stayed the same, the Netflix reboot was adapted to showcase a wider range of cultural experiences for its modern audiences.

When Gomez heard the reboot would have a Latinx character as one of the main five sitters, she practically manifested that the character Dawn Schafer would be Latinx.

“When they first mentioned starting to cast a show two years ago, my mom immediately said, ‘You are going to be in this show, let’s try to get you an audition.’ I was hoping I would get an audition. I ordered five books, read them, watched the movie and the HBO show. […] If they make one character a Latina, mainly Dawn, I really hoped she would be the Latina girl. And when I found out she was, I got more books, and got the part,” she said about her audition process.

Fans of the show are praising Gomez for her work and for her role in bringing more Latinx representation to popular shows.

“I had literally thousands of comments from Latinx fans of how proud they are of me on the show, of finally seeing someone that looks like them. Whenever I get a DM or story mention saying all of that, my heart beats so fast and I get so happy,” Gomez said about being a visible representation for those in her community.

“I’ve received so many emotional responses [from fans]. That blows my mind. This imaginary world has power,” she said.

Throughout this time of social distancing, she has found other creative ways to honor her family’s Latinx heritage, especially the roots of her father, who is from Morelos, Mexico.

“I made ponche for the first time and burned my wrist, so I have that memory,” Gomez playfully added about trying her hand at cooking during her time at home.

“The local bakery wasn’t open to make my dad his favorite bread, so I cooked them all day long, and when he came home, he got to come home to a big batch of conchas,” she added.

With the pandemic extending on, Gomez might have some time to continue reading her collection of 81 Baby-Sitter’s Club novels, as well as starting on her dream of being a multi-hyphenated TV powerhouse.

“Later on in the future, I want to achieve directing, writing, editing, and acting on a film or TV. I know I have to start now, writing tiny movies and start on that,” she said.

Although Gomez isn’t writing for “The Baby-Sitters Club,” she does have ideas about the future of her character, Dawn.

“If we do get a season two, I hope we get to do books 30 and 31. Dawn is a step-sister. It’s a two-book story written by Anne [M. Martin] herself, which makes it even more special,” said Gomez.

If season two is greenlit, perhaps the series will take the opportunity to explore more of Dawn’s Latinx heritage, as well as show how she continues to touch the lives of her best friends and those around her through empowerment and activism.

“The Baby-Sitters Club” is currently streaming on Netflix.

It’s Time to be Counted! Why It’s Important to Fill Out the 2020 Census