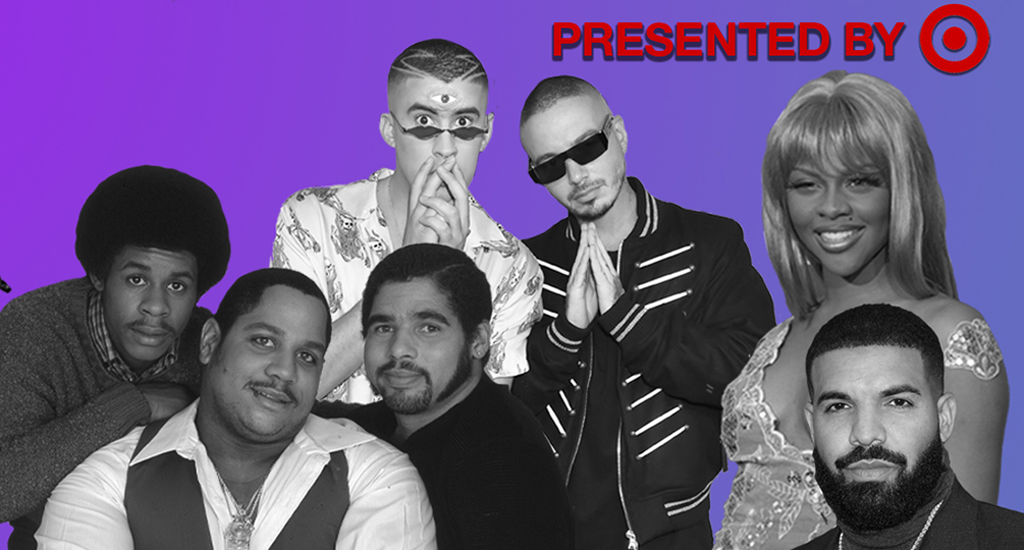 The Latinx Influence on Hip Hop Culture and Music Today

In the video for Cardi B’s latest single, “WAP,” featuring Megan Thee Stallion, the Bronx-bred Afro-Caribbean superstar and the self-proclaimed “hot girl Meg” lay on a bed of sand surrounded—and even partially enveloped—by snakes. As the camera pans, the two women touch each other seductively, spelling out their desires to be pleased by a man in rhymed verses.

Since the inception of their respective careers, both women have taken a no holds barred approach to showcasing their sexualities. In recent years, both have become cultural icons with plenty of Billboard chart real estate. Theirs is a sex-positive, strong female ascendance that can only be compared to the explosion Lil Kim and Foxy Brown ignited in 1996 with Hardcore and Ill Na Na. As Billboard reports, “WAP” spent nearly four weeks at No.1 on the Hot 100, a feat that was likely inconceivable years ago when hip hop looked and sounded a lot different.

In the late 1970s, when hip hop was coming to life in New York City and Sugarhill Gang’s “Rapper’s Delight” was outside windows in Black and Brown communities everywhere, it was likely unthinkable that a Black, Dominican-Trinidadian woman from the Bronx and another from Houston, Texas would someday be topping the music industry’s most prestigious charts. Sure, hip hop has a long history as a boys’ club, but it’s evolution doesn’t stop at gender inclusivity.

Culturally, hip hop has transcended the streets of coastal US cities like New York City and Los Angeles. Its influence has infiltrated the entire world—especially parts of Latin America, the Caribbean, and even Spain. It’s these parts of the world that have succeeded in taking those lightning bolts of inspiration and infusing their own musical traditions—like Puerto Rico, Colombia and Dominican Republic —creating a new niche of hip hop music that’s become more and more prevalent in American popular music.

Cardi B, for instance, has made a mark on the genre with her tongue trills and rapped references to Latin culture. The 28-year-old rapper playfully vacillates between spitting clever  allusions—from referencing Sazón in relation to a man’s worthiness, (sazón means flavor, which often describes what Latinx people use to season Latin cuisine) as she does on G-Eazy’s “No Limit” to singing in Spanish on reggaeton singer Ozuna’s “La Modelo.”

Through collaborations like these, Latinx artists have taken advantage of mixing their native sound with mainstream hip hop. It’s these types of collaborations that serve as vessels for Latinx music to reach a global audience. On his third album, Nibiru, Ozuna followed this methodology. “For this album, I wanted to do the crossovers and go hard. But not only for my people in Latin music,” he told Music Connection Magazine in May. “I’ve worked the last three years for my people in Latin music. But this album is something different.It’s also for the American culture…P. Diddy, Snoop Dogg and Swae Lee… They have a lot of streaming right now. The American [market] is bigger!

Yet, while making crossover songs and taking up in space in the American market might be a good strategy, it doesn’t always suffice. More and more artists are wanting mainstream hip hop and pop stars to fully embrace Latin music without compromise. For a 2016 Vibe Viva cover story, Colombian reggaeton star J.Balvin told me:

Since then, similar collaborations have emerged. Bad Bunny enlisted Drake, who sang in Spanish with bachata singer Romeo Santos in 2014,  for “Mia” off his X 100pre album. Most recently, Spain’s reigning flamenco-pop megastar Rosalía teamed up with Travis Scott on “TKN,” the cutting reggaeton track about friends or foes—here, Rosalía isn’t welcoming any new associates, but rather just watching her back.

Somewhere in between the sonic boom that urban Latin music is undergoing, trap music also managed to seep its way into Latin America, creating a new lane. Take artists like Anuel AA, Farruko, and Bad Bunny, considered pioneers of the Latin Trap movement. These three have made an empire on rapping brazenly about the brutal, often harmful, reality of life on the streets. Albeit, Bad Bunny takes a more colorful—at times socially conscious and even feminist—approach to his art than the former two.

Once Anuel saw that the Latin trap scene was taking off in New York, he decided to take a leap of faith and bring that same movement to Puerto Rico no matter how long it would take to reach a larger audience. “I figured if Latin trap was doing well in New York, it was for sure going to pop in Puerto Rico,” he told Vibe Viva in May. “I spent about a month in New York before I returned to Puerto Rico. Then I started to release all the songs I had, one by one, and they began to gain popularity.”

When listening to Anuel AA I’m instantly reminded of Atlanta and the massive trap scene that’s come to life there through artists like Future. The influence is palpable, but AA brings in his own personal touch to it, inspiring others to explore Trap in Spanish.  Even Nicki Minaj performed on Farruko and Bad Bunny’s “Krippy Krush,” featuring Jamaican music producer, Rvssian.

While the explosion of Latin-influenced music in recent years is one of the most expansive, we must also acknowledge the influence Latinx people have had on hip hop since the very inception of the genre. In the late 70’s, Rock Steady Crew, a breakdancer-composed hip-hop group was formed by several black and Latinx New Yorkers in The Bronx (The two founding members were Jimmy Dee and Jimmy Lee). The legendary Puerto Rican B-Boy Crazy Legs (born Richard Colon), who is part of the group has graced international stages since 1977, revealed during an interview on Sirius XM, that he toured with one of the first hip hop concerts in the U.S. —the New York City Rap Tour—in 1982.

At the time, hip hop was described as a cultural mix of music, breakdancing, fashion and style. And throughout the years, there has always been Latinos in hip hop. Who can forget in the early 2000’s when Lopez released the video for “I’m Gonna Be Alright” featuring Nas. Spanish Harlem served as the perfect backdrop to highlight New York City’s Puerto Rican culture, J.Lo wore hair rollers at a laundromat, and a group of men sporting jerseys bearing the Puerto Rican flag  played stickball on the street—all seemingly vying for her attention.

I remember being mesmerized while watching a YouTube video of Conciente rapping in front of a chimi street cart in the hood (Chimi is a Dominican-style burger). In some ways, it reminded me of the same streets in the Bronx where hip hop first emerged, where I was raised.

It’s a reminder of how two cultures have seamlessly come together in unison to represent each other, include each other, and celebrate one another. Growing up all my friends and I would listen to reggaeton before it became as popular, but we were still major hip hop heads—now we can enjoy the deliciousness of both in one song. Who would have thought?

#NextNormal: Take What You Need