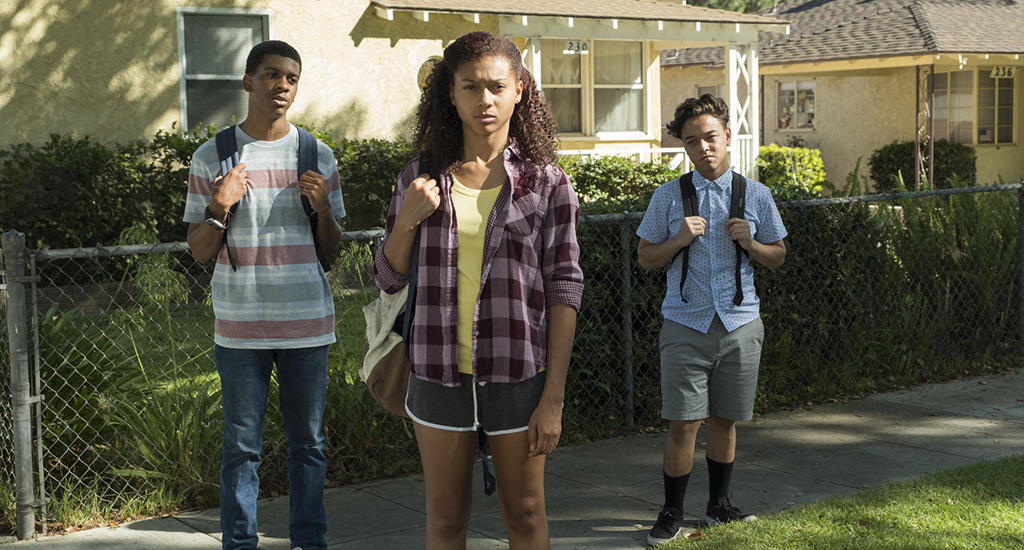 In On My Block the minutiae daily events of high school freshman are a source of entertainment—as in real life. Most film and television productions about inner-city kids always lean on the drama side, from The Wire to La Haine, but Awkward’s Lauren Iungerich and co-creators Eddie Gonzalez and Jeremy Haft (All Eyez on Me) show that navigating the magical and gritty path leading to adolescence can be done with humor and wisdom.

The tagline of the show is “In Squads We Trust” and that rings true throughout season one. On My Block is centered around the lives of a tight-knit group of black and Latinx fourteen-year-olds in the fictional working-class neighborhood Freeridge in South Central Los Angeles. The nerdy Jamal (Brett Gray) doesn’t want to play football but feels pressured to please his father, math genius Ruby (Jason Genao) desperately wants his own room for once, aspiring writer Monse (Sierra Capri) deals with mother-issues, and Cesar’s (Diego Tinoco) brother has ties with the local gang. Their bond will be tested once they enter new territory: high school. From hormones, peer pressure, to finding their identity; the teens handle their successes and adversities with aplomb.

On My Block has all the elements of white cultural canon—think the awkwardness of Freaks and Geeks, a treasure hunt which rivals The Goonies (“We’re brown! Only white kids find treasure” Monse tells Jamal), to the romantic entanglements of classic John Hughes films—but shows it through the lens of black and Latinx teens. A frame which underlines how universally messy and beautiful the human experience can be.

The dominant media image is that the American ‘working class’ is by default white, whilst in reality there are a myriad of working-class black and Latinx people. The recent ABC reboot of Roseanne reaffirms the media’s take of the white working-class. One of the last shows that depicted a working-class black family was Everybody Hates Chris. The Netflix show One Day at a Time, a reboot of the Norman Lear comedy, is centered around a Cuban working-class family. And now there’s On My Block, where the teens deal with racism, deportation, single-parent households and their economic status.

In a show focused on teenagers, hormones and young love needs to be explored. The writers reveal a realistic portrayal of fourteen-your-olds who are exploring the intricate path of their own sexuality. The growing pains and shifting relationships between the friends are handled with care. Jamal and Ruby are protective of Monse—though they do elatedly scream in unison when she gets back from writing camp: “You got boobs.” They are aware that their friend now walks differently in the world and they rightfully put the blame on the men that unwantedly try to seek her attention. 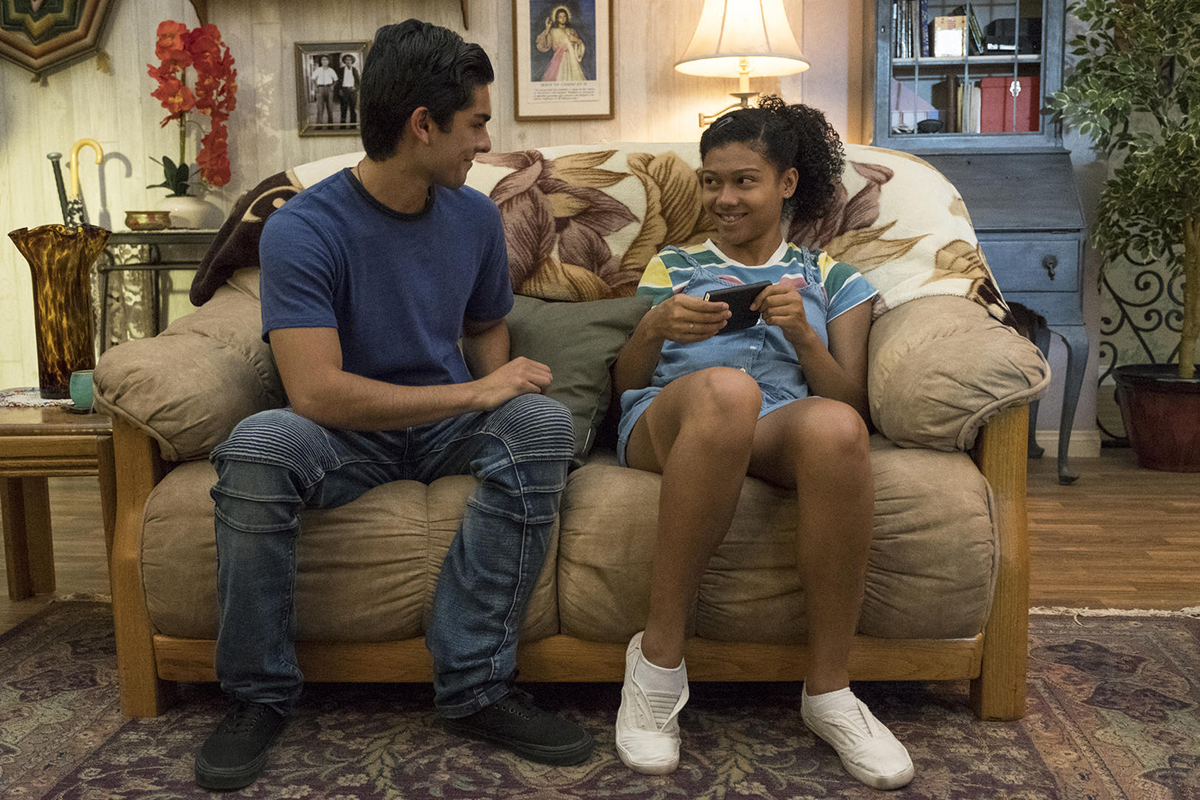 On My Block is lauded for its fairly realistic yet lighthearted and humoristic portrayal of American working class communities of today. There’s no room for negative stereotypes in the show. Monse is a tomboy and outspoken, but she’s never viewed through the lens of the narrow-minded trope of the “strong black girl”. Jamal is allowed to be an awkward black boy who would rather go on adventures than play sports. Both Cesar and Ruby reflect the spectrum of Latinx masculinity: The small Ruby wants to be seen as a man but shares a room with his hilarious yet supportive abuela, and the sensitive Cesar is trapped within his dysfunctional family’s legacy.

One of the biggest twists is the season finale where the group celebrates their friend Olivia’s quinceañera, which should be the most fantastic birthday party for a fifteen-year-old girl, but instead the show ends with a shocking cliffhanger. The writers navigate the thin line when it comes to authenticity and creating dramatic scenes. Throughout the season they’ve aptly combined humor, heartbreak and violence to convey the daily reality of the teens living in Freeridge. The shows strength was the fact that nothing earth-shattering happened, even though they lived in the hood. The surprise ending is certainly not farfetched because we’ve seen the group deal with the threat of violence in their neighborhood, but you wonder if there were other options to show the palpable threat in the lives of bright black and brown teens.

It takes time and effort to change the status quo. On My Block arrives in a time where black and Latinx creatives are vocal and advocate for more diversity on screen. As Gonzalez notes in The New York Times “We don’t need to be saved. We need to be heard.”

Giselle Defares writes about technology, identity and culture for a variety of national and international publications.