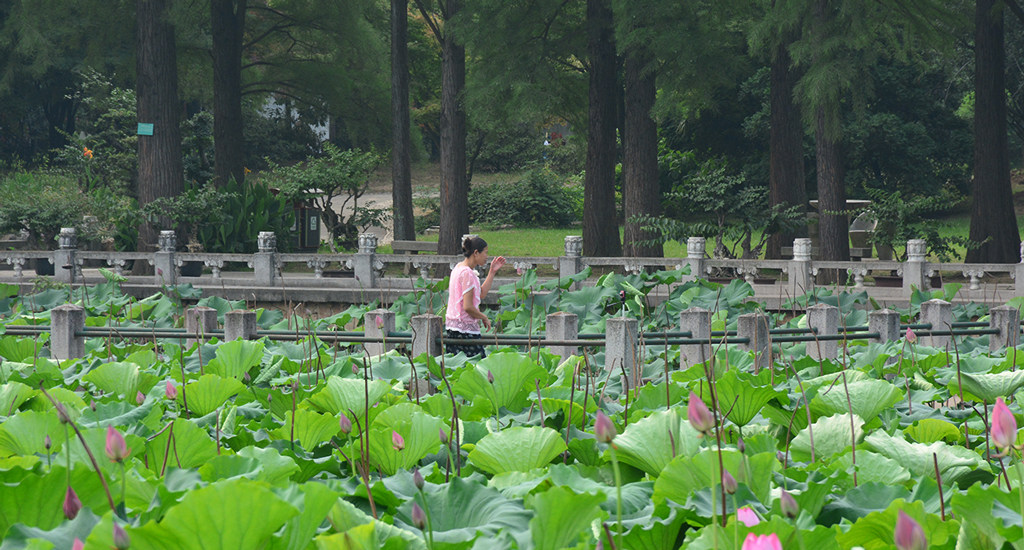 The Wuhan I Knew: The Pre-COVID-19 City Of My Youth

The name “Wuhan” will, from this year forward, be known as the ground zero of COVID-19. But the Wǔhàn (武汉) of my youth is much more than what it has become famous for in the hyperconnected world of 2020.

Before this year, I would often casually converse about China with other westerners. Everyone knows my ancestral home, Beijing, but I would often have to pause to explain what and where Wuhan is. That is no longer the case.

Right now, people can’t seem to shake the image of “dirty” markets in a city on lockdown when they think, “Wuhan.” I noticed a comment under my last article—the catch-22 of associating Chinese people with the coronavirus—for BESE: “I’m just grossed out by the wet markets[,] not necessarily Chinese people.”

The initial rumor was that COVID-19 started from filthy Chinese eating habits in a wet market. But the video people circulated as proof was not even shot in China.

Open-air wet markets, where your meat is chopped fresh in front of you, are nothing but normal in the region. Even here in the Chinese supermarkets of New York, I grew up going to seafood and butcher sections that operate the same way.

While these markets can be notoriously dirty due to lack of regulation, their existence itself is not the issue. The rumor that COVID-19 started in Wuhan because of the strange and exotic Asian eating habits there, hinges on the racist notion that the Chinese themselves are “dirty.”

It’s these harmful stereotypes and images that have paved a one-dimensional path into understanding this city—a city that was once China’s capital, has a vibrant international presence, and a history that goes back to the Bronze Age.

With the name “Wuhan” sitting on a slippery slope into stereotype, I felt compelled to show its dimensions. This city is more than another sickened part of China—and I refuse to let this virus alone determine its narrative.

I write this to humanize a city I have known intimately—so that, like me, people will also visualize humid gray skies over lotus ponds, tall apartment buildings—and in between, the steamy markets where the vendors speak gently, and crinkle their eyes over their face masks. 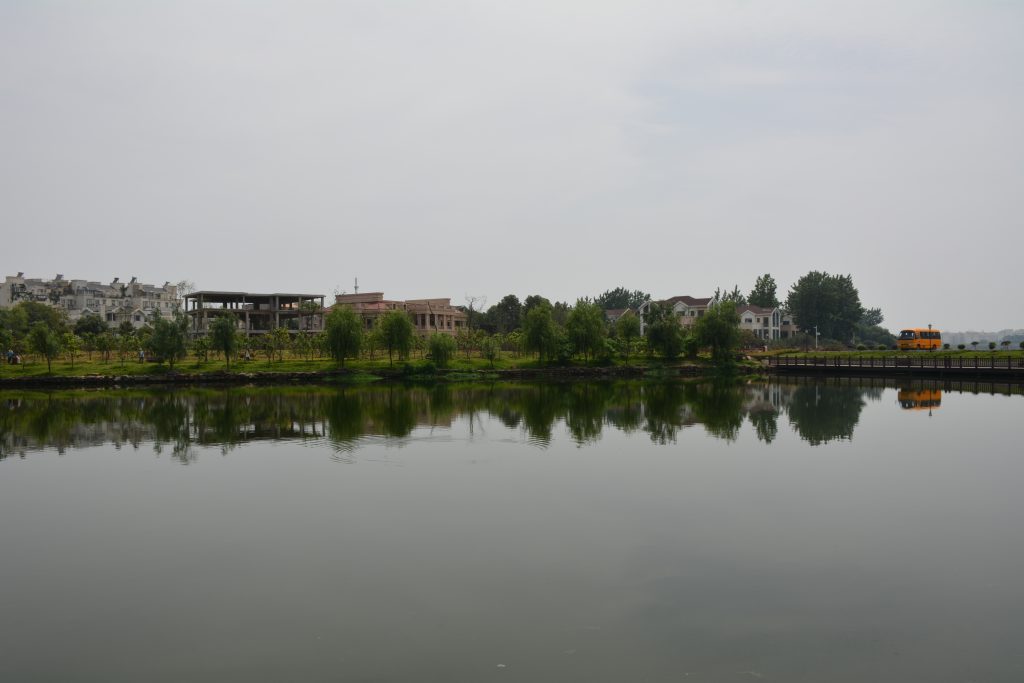 The Lake Behind Zhongnan Dormitories

The “Chicago of China”

At Zhongnan University, my teachers made a point to teach Wuhan’s character as a city. They taught us that it is in the heart of China, the Yangtze River and its tributary. Sitting by one of the cradles of Chinese civilization makes it susceptible to flood, but has also made it a trading center since the Bronze Age.

In the 1900s, that was its claim to fame in the west: American magazine Collier’s published an article about a Yangtze “boom town.” Like with Shanghai being called the “Paris of the East,” that was the first record of Wuhan being called the “Chicago of China.” The name stuck. 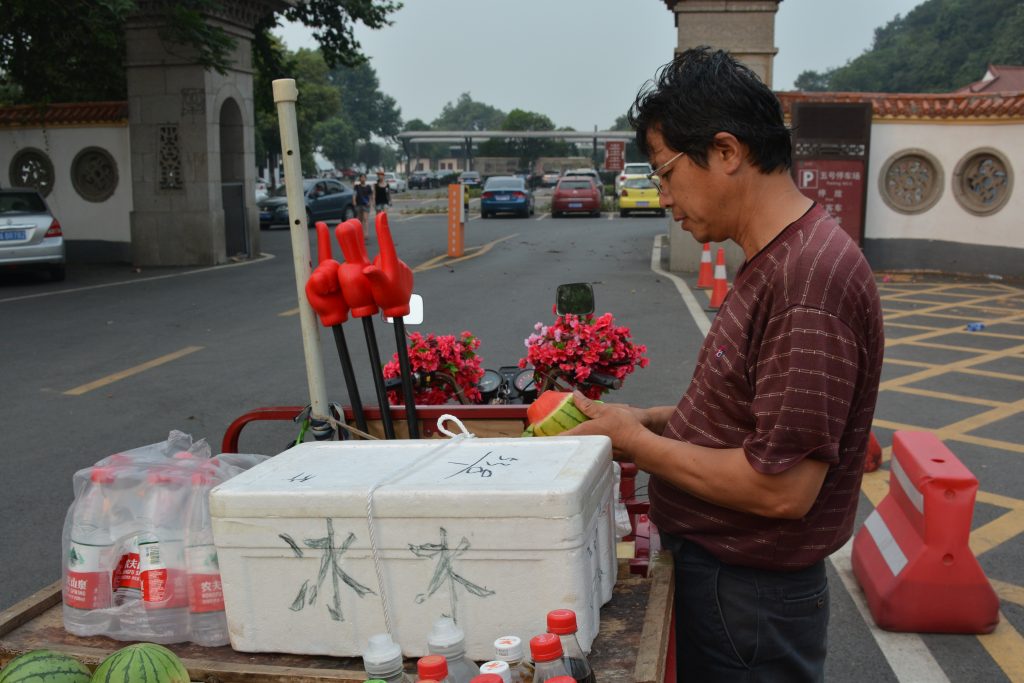 Vendor at one of Zhongnan’s Gates.  The box says ice water.

“Food lovers would count their blessings to wake up in Wuhan” 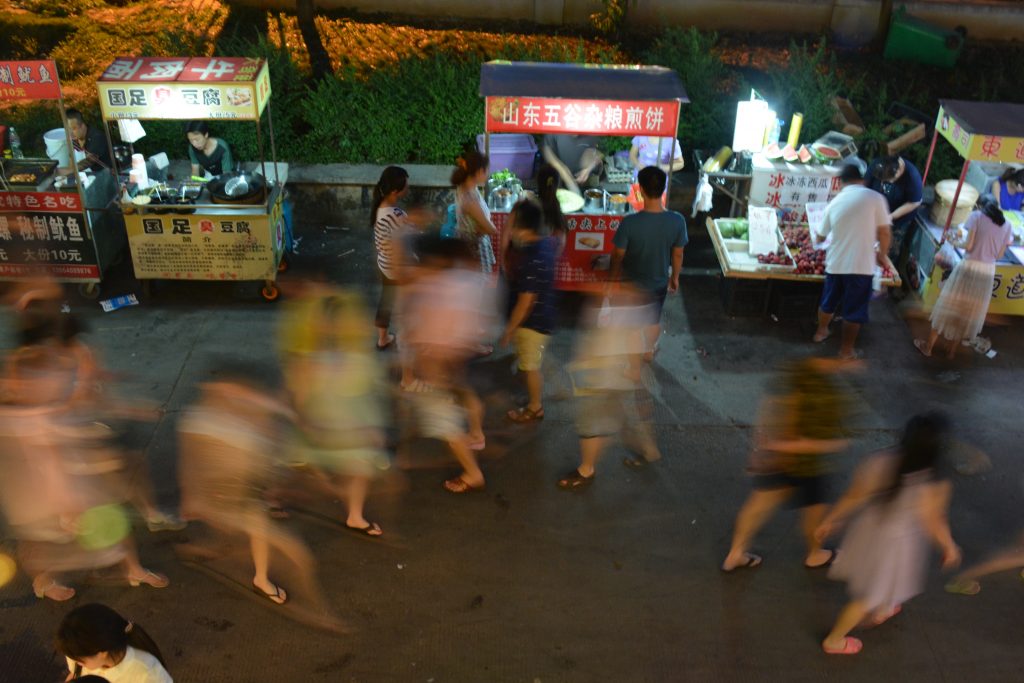 The last time I was in Wuhan, I roamed its famous street markets for breakfast, lunch, and dinner. “Food lovers would count their blessings to wake up in Wuhan,” said Tiffany Ran, a Seattle-based line cook of Wuhan descent.

She singled out one dish in an article for Goldthread, a digital outlet about modern Chinese culture I also write for. Think Wuhan, and you think hot dry noodles, or règānmiàn (热干面). They serve it with sesame oil and paste poured into a cup of noodles, which I finished in a few big mouthfuls.

Reganmian is so popular that when the COVID-19 outbreak began, the dish was even featured in a viral Weibo comic as a patient in a hospital room.

My subsequent roaming for this dish in other parts of China has not yielded the same hearty taste in a cup. It was always lacking the right noodles, the right balance of savoriness and dryness. It was not until a Wuhan-born chef opened a business in my hometown of Flushing that I tasted a proper reganmian again. 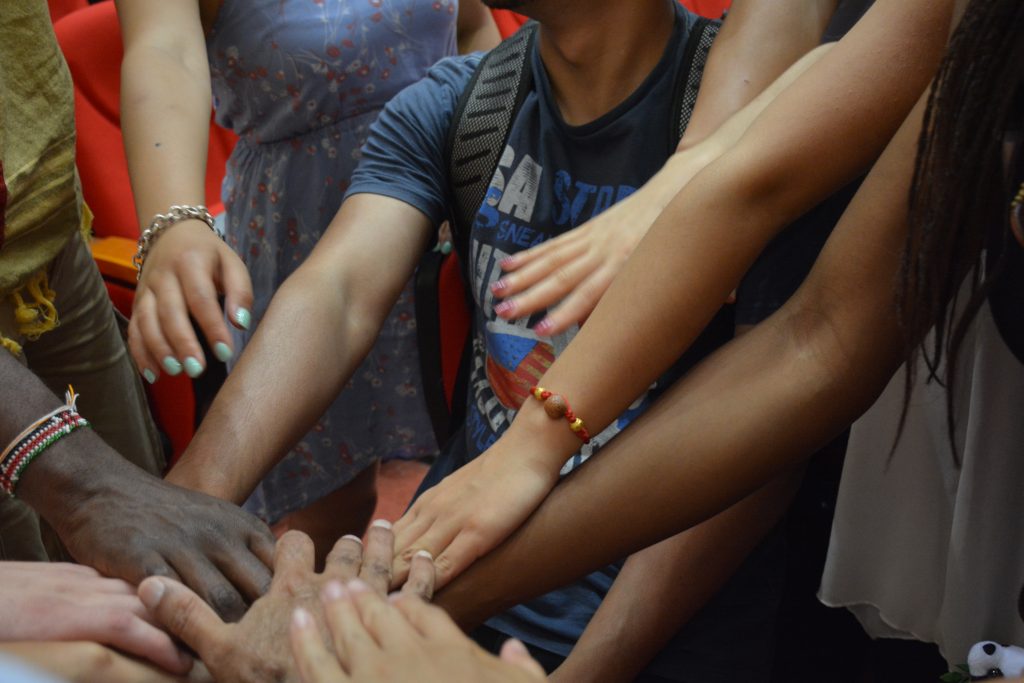 Post-Olympics Wuhan is an international hotbed 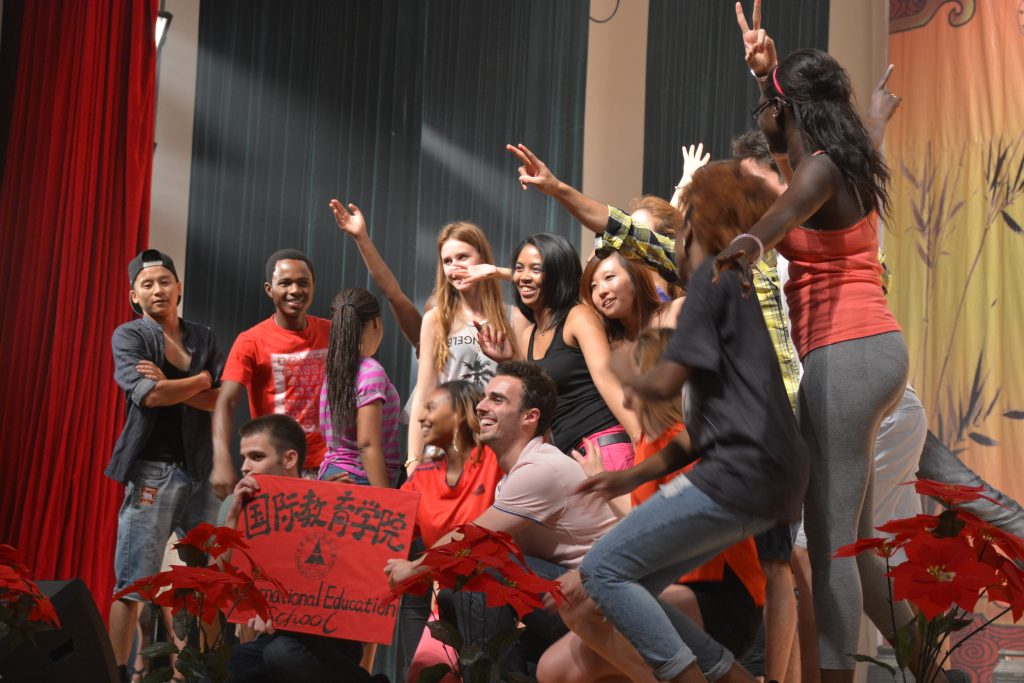 My childhood journeys to Wuhan are in cemeteries, and trains, and homes, and lakes of lotuses. But when I came back to the city as an adult, six years ago, I was not the only thing that had changed. China had held the 2008 Beijing Olympics by then, and its new international influence flipped my impression of the country upside-down.

Bullet trains were in vogue: They were becoming almost as accessible as a regular train. I had expected to see more beggars on the streets, but they had been restricted from the city for the sake of keeping up appearances. But perhaps the biggest change was in me—I was coming as a student, not for family.

You would be surprised how easy it is to live in a bubble when you are with only Chinese people in China. Although China is still largely homogeneous, I was in an international program. That bubble burst this time around.

As of 2017, there are more African students in China than in academic powerhouses like the United States and the United Kingdom. Amongst university landscapes in Beijing and Shanghai, the lesser-known Wuhan also has a significant international presence.

China’s economic relationship with Africa in particular has turned over stones that reveal racism, xenophobia, but also progress.

As an overseas Chinese student at Zhongnan University, I heard fluent Chinese spoken from the mouths of people from Africa, Europe, Korea, Pakistan, and Southeast Asia. It was someplace where the subconscious xenophobia of my conservative Chinese upbringing went to die.

After I left Wuhan, Quartz reported African students’ vocal outrage after a local exhibition visualized their demographic as animals, including monkeys. This was one of several incidents that sparked conversation about China’s attitude towards other cultures, particularly towards Black people who had come to work and study. Signs of xenophobia and racism in a homogeneous country like China existed before these incidents, but now that there was such a significant international presence in the country, these issues were starting to be talked about.

I am no stranger to China’s ideas of how to treat people it does not understand, nor to the notion of anti-blackness there, but I am not subject to the same treatment.

That summer was different. It gave me a peek into that world, as it was the first time I felt like a foreigner in China. It was me explaining why I, a Chinese girl, was casually walking around with non-Asian foreigners, to genuinely confused seniors who asked me questions in Mandarin thick with dialect. 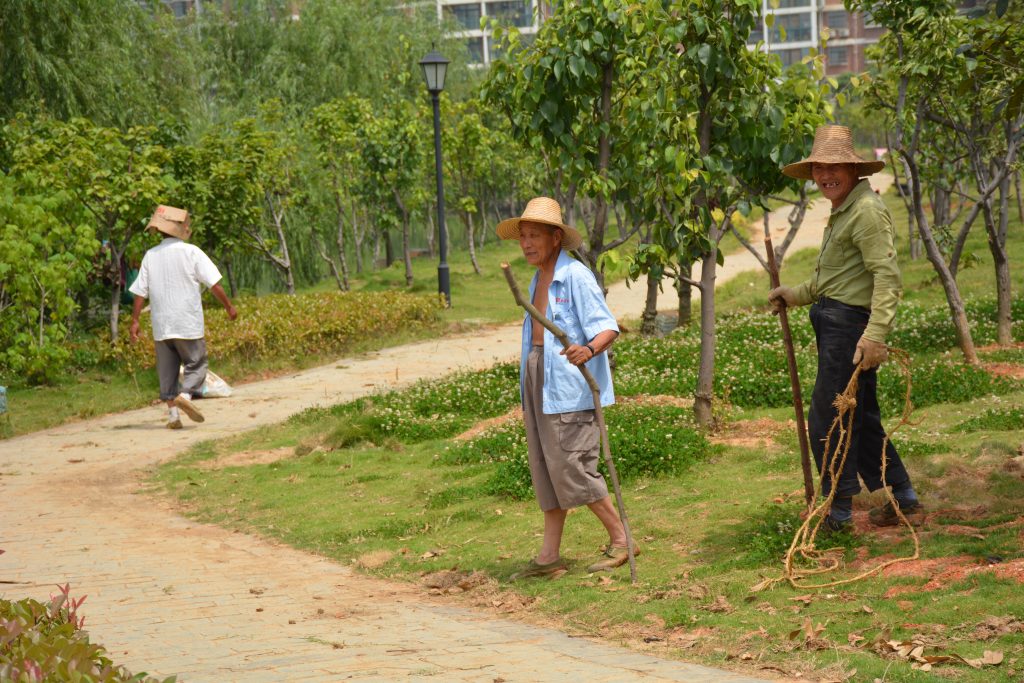 It was me doing some more sweating by some more lotuses, then going back to the market at the Zhongnan campus gates for a banana fried into jianbing (煎饼), a food anglicized as “savory crepes.” It was me being comforted by a French student who found me crying in a corner, then being invited to a rooftop barbecue with a group of women from Côte d’Ivoire and Sierra Leone.

That was six years ago. While I didn’t make it to Wuhan in my most recent visit to China, I did make it to some of its nearby cities right before COVID-19 officially broke out. 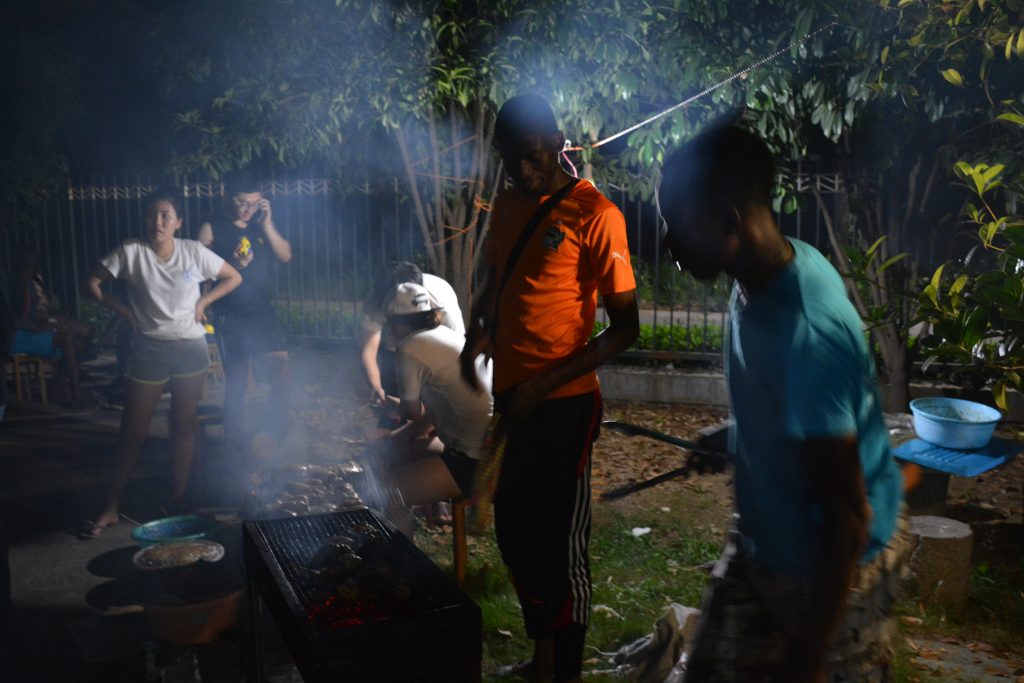 I was roaming China this January, when my aunt sent me a WeChat message: “You haven’t been in Wuhan recently, have you?”

“Why would I ever go back to that place?” I snorted at the thought. Don’t get me wrong. The city is great, but it’s also known as one of the “Three Furnaces” of China for a reason. For every summer I visited a friend or family connection, I remember sweating waterfalls.

I had come to China this time around to pass the New Year with friends and family in different cities. I never expected my sense of each city to be heightened by how they reacted to calamity, but that’s exactly what happened.

My first stop was in Guangzhou, where I seemed to notice for the first time this green city’s joie de vivre—despite the brewing pandemic. Though there were very few people in the large dimsum hall on New Years (which is like seeing an empty Thanksgiving table), Cantonese people still ventured out to their annual Spring Festival Flower Fair, voices full of enthusiasm through their masks. 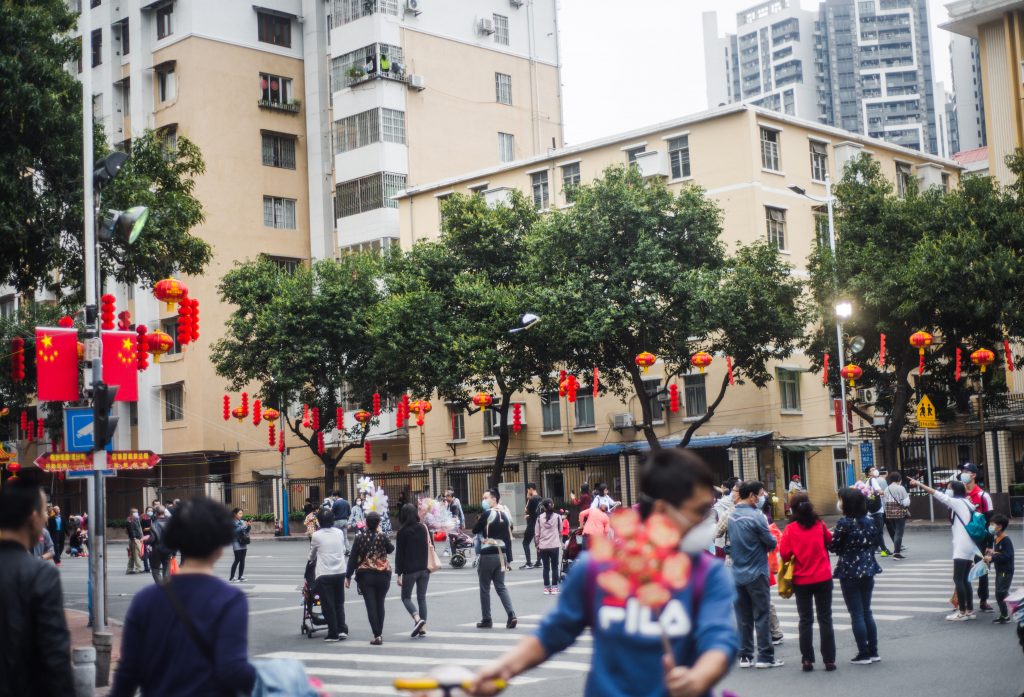 I traveled from there to Changsha. Being only two hours from Wuhan by bullet train, it was too close for comfort for my family, who tried to dissuade me, but I persisted nevertheless.

I know Changsha people to be soft-spoken and polite, but being there during what would soon become a pandemic showed me just how much they would stick by that trait. In the midst of fear and unease, they continued doing their jobs, and gently chided me to wash my hands and stay indoors. 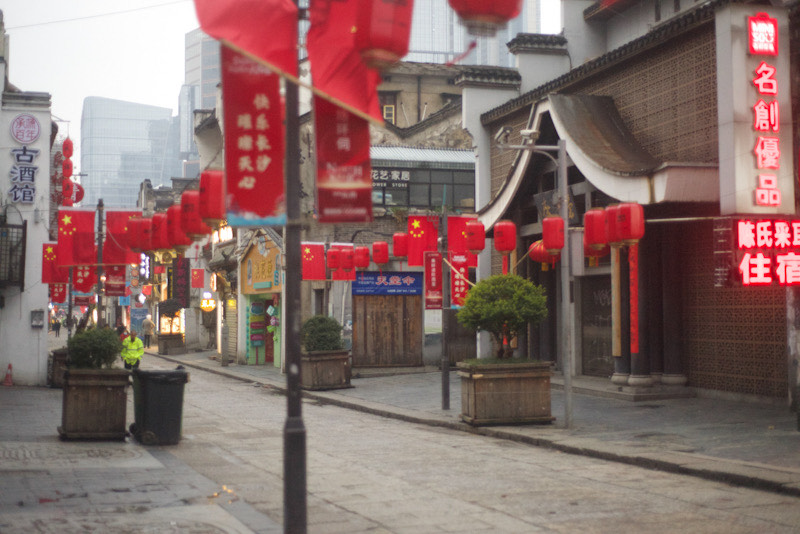 When I arrived in Changsha, a doorman checked our temperatures just to enter the mall. They clearly did not want to be there, but still asked me politely to comply. At a western teahouse, I translated orders for all my friends, stumbling when I forgot what to call “English breakfast tea.” The waiter laughed through his mask, and brought me a bilingual menu.

When I was speaking with Changsha people, I was reminded heavily of Wuhan. When we thanked anyone in the city, instead of saying the standard “You’re welcome,” they said, “There is no need to thank me.” Wuhan people choose the same wording.

Today, months and many lives and headlines later—do they continue to speak with that same gentle wording?

Last month, Wuhan finally opened up after its COVID-19 lockdown. The city had been shut off from the world for 76 days.

But as several outlets reported, things are not going to be the same. People in Wuhan rejoiced over their newfound freedom to go outside, but a few thousand people have died too, and familiar faces like local food vendor Auntie Xiong’s are also gone. You really don’t know what you have until it’s gone, and I hadn’t realized until I’d heard what the city had lost—how much Wuhan does mean to me. I really wonder about the spirit of the city right now, and what it would be like to walk down those once rich and vibrant streets. Most of all, I both wonder if, and hope, that the rest of the world will see past the ground zero of COVID-19, and see not just a city that outlived calamity, but the city it has always been.

All images by: Demi Guo

The Flavor of Sound: Banana Pudding