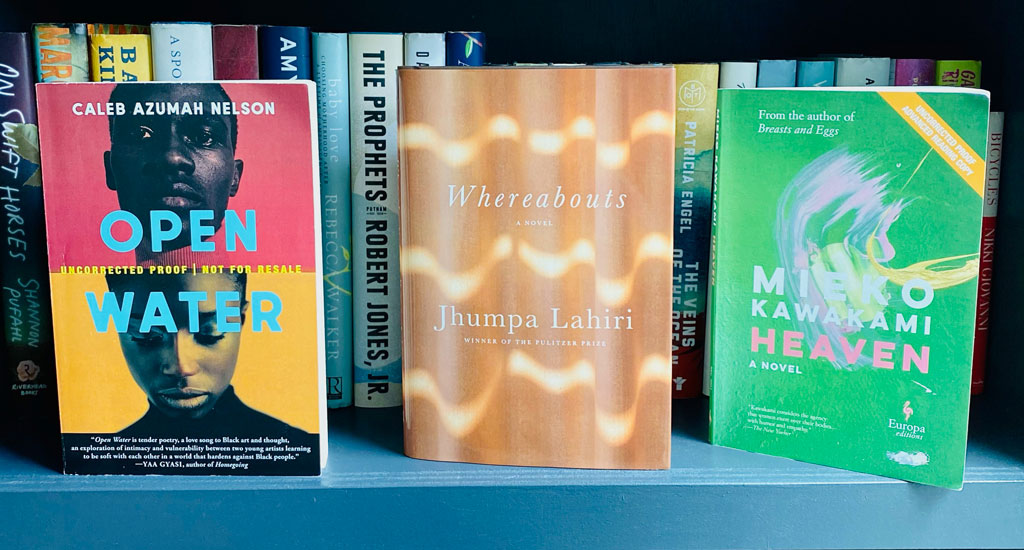 Three Books To Read When You Need a Short Break

This past month I read a few books that brought attention to the power that language can hold. These three books were all under two hundred pages and serve as a reminder that excessive word count isn’t necessary to provoke profound thought. They center around themes of love, mental health, displacement, and more. I hope that you allow these novels to transport you on a short, but meaningful journey as you flip through each one of their pages.

Heaven: A Novel by Mieko Kawakami
Heaven by Mieko Kawakami is an in-depth novel examining the mental health effects of bullying. The book is narrated by a 14 -year-old student named Eyes, whose classmates torture him with endless bullying. Eyes isolates himself from the rest of the class until he meets another classmate subjected to the same treatment. This novel will have you thinking about the lasting effects of bullying and mental health on the developing brain. It left a lasting impression as I sat and reflected on two questions: Why does bullying occur? And who does it serve? Mieko Kawakami is the author of the internationally best-selling novel “Breast and Eggs.” Born in Osaka, her books have been translated into many languages, including but not limited to German, Italian, Portuguese, Swedish and Spanish. She has received numerous literary awards in Japan. She currently lives in Tokyo.

Whereabouts: A Novel by Jhumpa Lahiri
Whereabouts by Jhumpa Lahiri is a novel built around an unnamed woman who is observing her world. A world in which she feels out of place, where she has yet to find her “home.” Covering themes of displacement, finding oneself, and making sense of the world through observation, this novel delivers depth in short chapters. Originally written in Italian and translated into English by the author herself, this book showcases the limitlessness of language. Born in London and raised in Rhode Island, Jhumpa Lahiri is the author of Interpreter of Maladies, Unaccustomed Earth, The Lowland, The Namesake, In Other Words and The Clothing of Books. She lives in Brooklyn, New York.

Open Water: A Novel by Caleb Azumah Nelson
Open Water is a Black love story that slowly unveils what it feels like to fall in love. Based in London, the story follows two characters as they meet in a pub and go through the cycles of friendship and companionship, all while discovering the meaning of unconditional love. I was drawn to the imagery and poetic passages that filled the pages of this novel. They invoked self-reflection on how to love and what real love can look like. Caleb Azumah Nelson is a British-Ghanaian writer and photographer living in South East London. Open Water is his first novel.

Lupita Aquino—better known as Lupita Reads—is a passionate reader active in both the local and online book community through her Instagram account- @Lupita.Reads. She is the creator of the #LatinxBookstagramTour, a columnist for the Washington Independent Review of Books and the co-founder, and current moderator/curator for LIT on H St. Book Club.