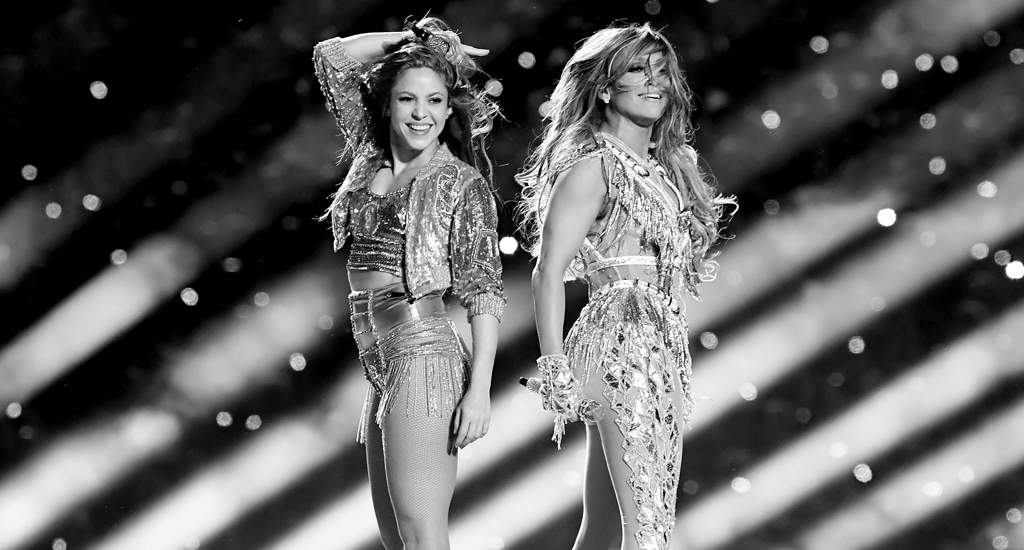 This past weekend, friends and families all over the United States gathered around their television screens for the SuperBowl LIV game between the Kansas City Chiefs and the San Francisco 49ers. But it’s not the game that people are still talking about. It’s the 15-minute halftime show.

The nationwide spectacular was held in Miami and headlined by two female icons, Shakira and Jennifer Lopez. The pop stars made history as the first Latinas to perform together at the Super Bowl. But while it seemed that this year’s theme was one of unity and Latinx excellence, I couldn’t help but feel conflicted.

While I was excited to watch some of my favorite songs performed by two of Latin music’s biggest pop stars, it also felt like a handout. When news broke that Jennifer Lopez and Shakira would be performing, a friend texted me and asked for my opinion. My immediate reply was, “This feels like the NFL’s attempt to patch up their reputation.”

In 2016, former San Francisco 49er Colin Kaepernick was blacklisted by the National Football League after he famously took a knee to protest police brutality against Black Americans during the National Anthem. The former player has yet to be picked up by  another team, causing the league to face backlash from the Black community. It is because of this controversy that artists like Cardi B, P!nk, and Rihanna reportedly refused to perform at the halftime show.

So when the NFL announced that J.Lo and Shakira would be performing at this year’s event in Miami, I was unsure of what to think. Why didn’t Shakira and J.Lo refuse to perform? Did the NFL go through an entire rolodex of artists before approaching the Latinx ones? And if it didn’t, why wasn’t it until this particular point—when there was a fall-out with the Black community—that they came running to the next minority group?

Perhaps it was the promise of high television ratings. According to the Hollywood Reporter, this year’s show averaged 99.9 million viewers and beat out last year’s numbers with a 1.7 million increase. An increase that comes as no surprise given the fact that Latinx households bring in some of the biggest viewing numbers for most networks. The NFL knew what they were doing. They predicted that many of us Latinxs would tune in to support these two women, and they were right.

When the news was first announced that Shakira and Jennifer Lopez would team up for the halftime show, the stars were met with backlash online for agreeing to perform—rather than standing in solidarity with Kaepernick like other artists had. In an October 2019 article, writer Melania-Luisa Marte argued that rather than agree to perform at the show, Lopez and Shakira should have refused, and instead “aligned themselves as allies to the Black community.” She added, “Unfortunately, moments like these continue to prove that there is a lack of solidarity within Latinidad and much of it has to do with race.”

When asked by GQ about why she agreed to perform at the show, Lopez responded with, “‘I feel like it is an amazing platform and one of the biggest in the whole world to put out whatever message that you want to put out there. Whatever message of love […] I think it is taking a chance to do it. I feel that it is a great thing to have two Latina women in Miami headlining the Super Bowl and what we could do with those 12 to 14 minutes to make people understand our worth and our value in this country…I think it could be a really beautiful celebration.”

This message of unity included Afro-Caribbean dance, a nod to Shakira’s Lebanese roots with the zaghrouta—a Middle Eastern tongue trilling sound used to express joy or happiness, Lopez’s large Puerto Rican flag, cameos by Bad Bunny and J. Balvin, and even a brief moment where Lopez’s daughter Esme sang “Born in the USA” with her mother and child performers sang inside cages—a subtle nod to the thousands of children who have been caged at detention centers along the U.S.-Mexico border. And all this under the nose of a President who has targeted the Latinx community since day one of his presidential campaign.

But while the female-empowering performance didn’t shy away from being political, it still failed to include an important voice — that of Black and Afro-Latinx Americans.

As white-passing and “acceptable” Latinas, Lopez and Shakira could have taken their shining moment to amplify Kaepernick’s activism against the oppression of the Black community. If they weren’t going to refuse the performance, the least they could have done was get loud about the NFL’s racist acts against the former quarterback.

But what’s done is done. They didn’t refuse, and while important political statements were made, not all those that were necessary during this particular event were included. Latinidad is complicated, and when Latinxs like J.Lo and Shakira are the only ones that are given a platform, we will never reach true unity—or even a true representation of our diaspora. We have to learn to stand in solidarity with the Black and Brown communities that make up our multi-faceted and multicultural group—and even those who don’t.

So yes, as a Latina, it was cool to see all types of Americans sit around the television to watch Latinxs perform on screen for one of the biggest 15-minute TV musical shows in the country. Still, I don’t need to see J.Lo, Shakira, J. Balvin, and Bad Bunny on the NFL’s stage to feel proud of my culture. I don’t need a notoriously racist organization to represent me and the rest of Latinxs to feel and be seen. Representation is important, but not when it comes at the expense of standing up for what is right.