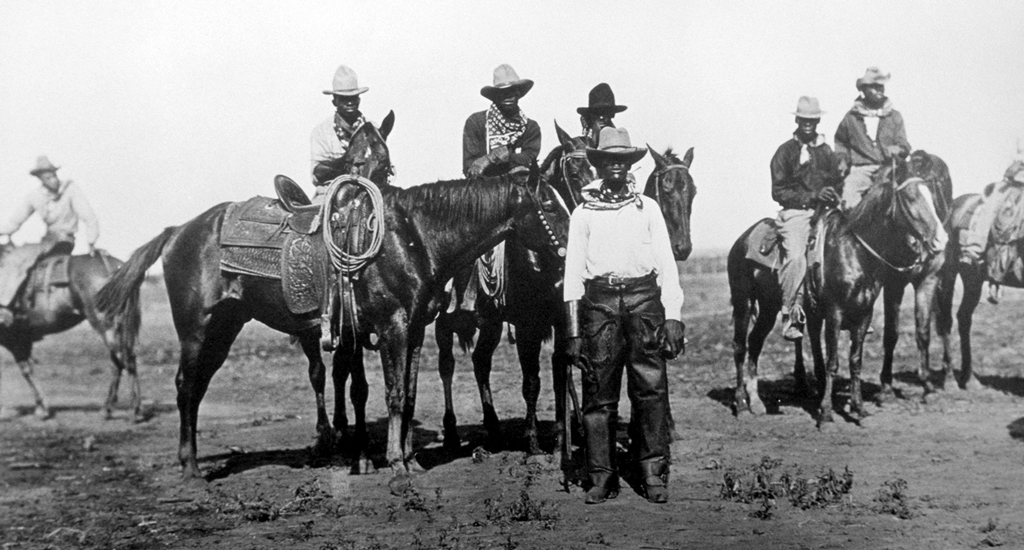 Why It’s Time To Retire The Whitewashed Western

The American Western and its cowboy is a myth. In the classic, Hollywood Western—and in the literature it was based on—a white cowboy protagonist surrounded by untamed wilderness and unhinged outlaws saves the day. The genre seemed to embody all the notions that our young country idealized; freedom, the self-determination of men and the promise of a new life just over the horizon. For these reasons, the Western reigned for the first half-century of film history. However, at its heart, the Western also rests on racial conflict and erasure. But this portrayal is inaccurate. The frontier was full of people of color—Chinese immigrants, Black and Native American cowboys, vaqueros and more.

In my hometown, like in many other suburbs throughout Southeast Los Angeles, it’s not uncommon to see horses trot along the roadside, straddled by men. These men are typically immigrants who settled in Los Angeles, and it’s often assumed that they brought with them the vaquero culture of their homeland. “Vaquero,” is Spanish for cowboy and unbeknownst to many Americans, including myself, vaquero culture has been here for a long time.

What we think of as cowboy culture: the stirrups, the bandana, the ranch lifestyle and spurs—these are all staples of vaquero culture. That is to say, they are the inventions of Latinxs. Spaniards brought the techniques used for raising livestock, now associated with vaquero culture, to the newly-colonized Americas. Along with the vaquero culture, the Spanish imported horses and made themselves ranch-owners, or “hacendados.” These ranch-owners trained the native populations to herd cattle for them. Meaning the earliest vaqueros in the Americas were actually Native American. 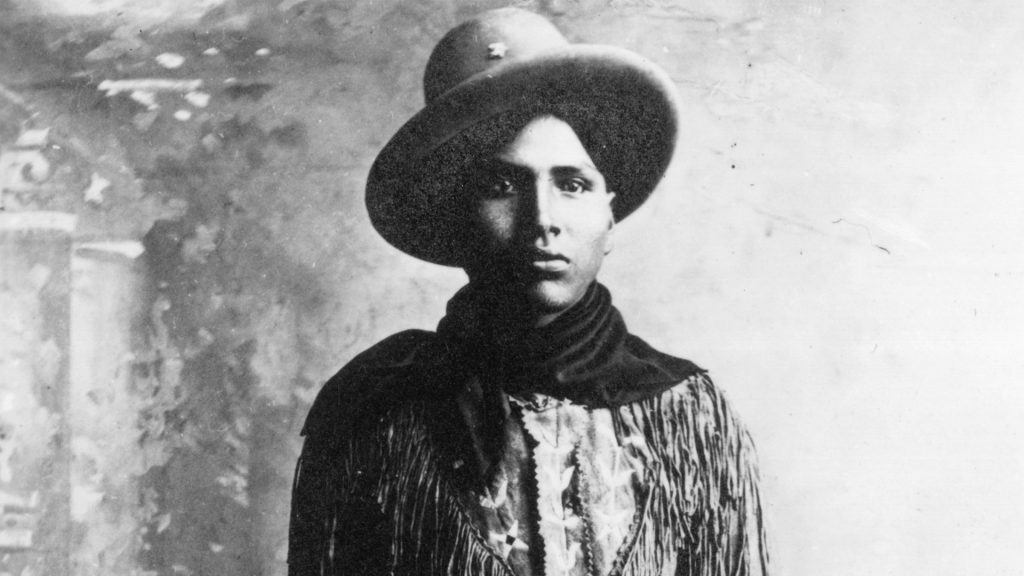 Native American cowboy in Montana. Circa 1850 (Photo by: MPI via Getty Images)

Later, Americans settled in Texas and adopted this lifestyle. They didn’t have a name for it, so the settlers borrowed from the Spanish words “rancho,” meaning farm, and “rodeo,” the semi annual round-up of cattle, and anglicized these words to ranch and rodeo.

Just as the “hacendados” had Native Americans herd their cattle, the newcomers imported slavery to Texas in order to have Black Americans work the livestock. By the late 1800s, one in three cowboys was Mexican, and one in four cowboys in Texas was Black. 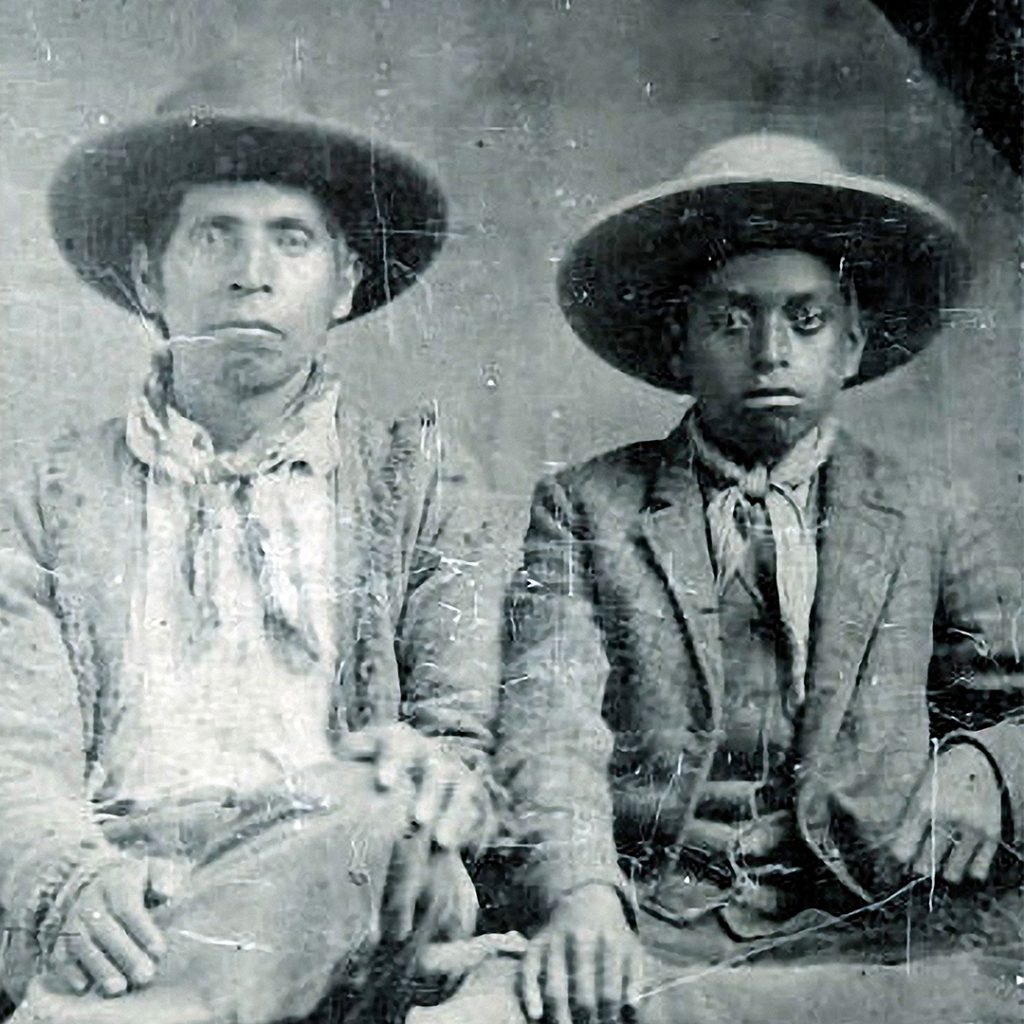 Life for the Black cowboy was relentless. They worked as cooks, riders, ropers, top hands and horse-breakers. Even when they weren’t enslaved, prejudice and discrimination were still commonplace and they were expected to do the toughest work. More often than not, if a river needed to be crossed the Black cowboy was the first to cross that river.

Though early Hollywood did not depict these cowboys, they did take their stories. For instance, Bass Reeves is thought to have inspired The Lone Ranger. Reeves was born a slave, escaped to freedom and served as the first Black deputy U.S. marshal west of the Mississippi River. Legend holds he used disguises and was never shot. 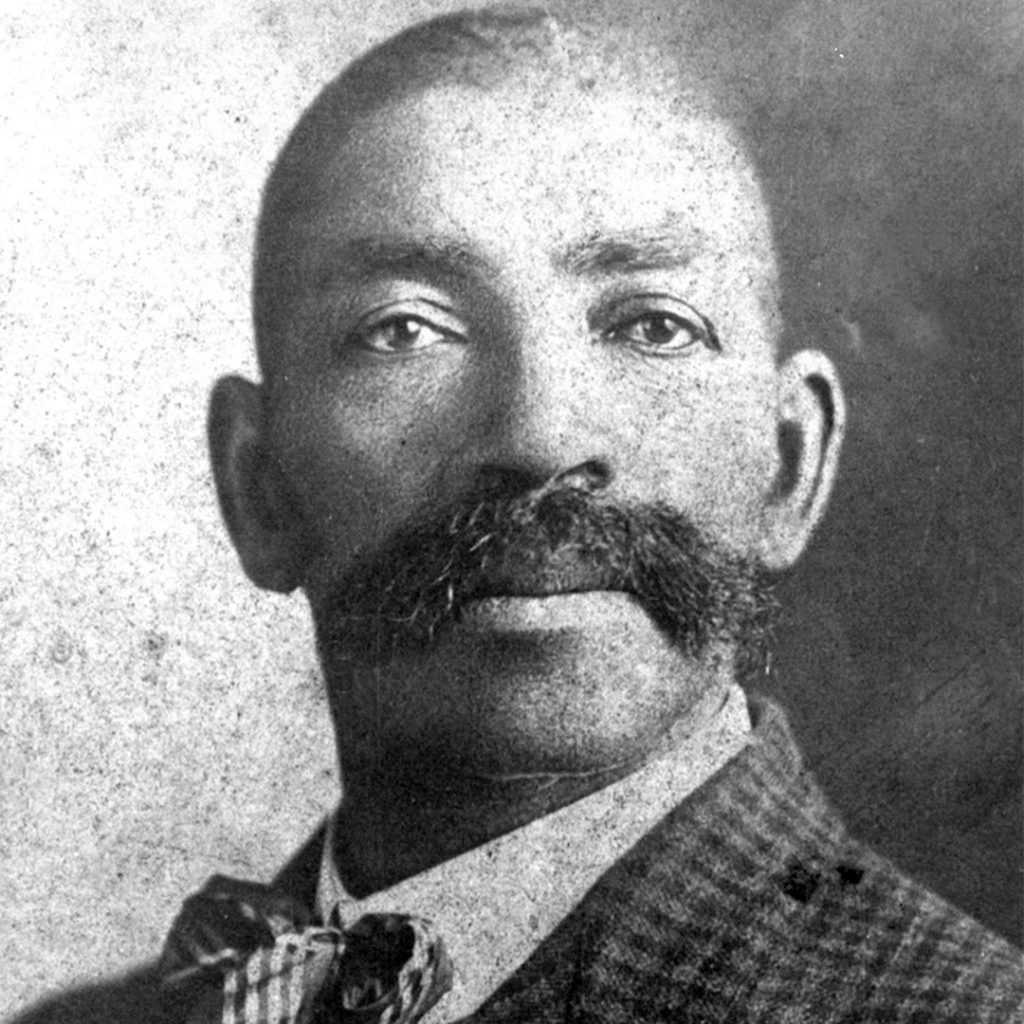 Brit Johnson, a Black cowboy whose wife and children were captured by the Comanche tribe in 1865 and whose story was the inspiration for John Ford’s 1956 film The Searchers.

Many more Black cowboys were pioneers of their craft. Nat Love, also known by his dime-store novel name, “Deadwood Dick” and rodeo name, “Bill Pickett,” was born a slave in Tennessee in 1854. He became the inventor of “bulldogging,” a type of steer wrestling popular in rodeo shows to this day. 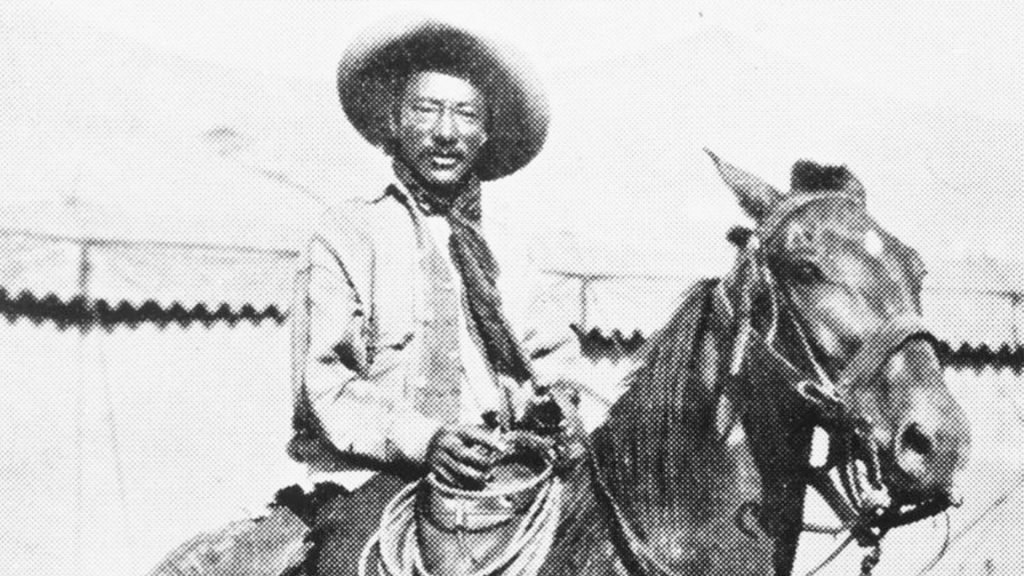 In John Ford’s classic Western recounting the story of America’s transcontinental railroad, the only Chinese actors present were a few extras. Among them were retired railroad employees who had actually helped build the first tracks through the Sierras. But Chinese immigrants played a major part in the history of the West. They made up to 90% of the Central Pacific Railroad’s workforce, and had the most difficult and dangerous work, making up to 50% less than their white counterparts.

Our current conversations around the topic continue to be informed by this erasure. Take Lil Nas X’s country-trap hit, “Old Town Road,” which sparked recent debate over what is considered country music. Like the Western, country music is thought to belong to a white audience. This perception is rooted in the exclusion of people of color from the history of the West. But as the chief director and curator of the Autry Museum of the American West puts it, the truth of the matter is “…you can’t talk about the beginning of the American West without talking about African Americans and Native Americans.”

What’s more, Hollywood’s Western antagonists were almost exclusively non-white characters, with names like “Mexican Henchman” and “Facetious Redskin.”  So when Giant (1956) came out it was unlike any Western before it, because it flipped those prototypes upside down.

Apart from Giant’s critical acclaim, the film is unique in the way it approached race in the Southwest. In the scene below, a Latinx family sits at a table in the same diner as Bick. The owner of the diner not-so-kindly asks the Latinxs to leave the restaurant and explains, “You’re in the wrong place, amigo.” Meanwhile Bick, who is sitting with his Mexican-American daughter-in-law just a few booths away, is listening to the interaction along with the rest of the diner. He decides to take matters into his own hands…

A scene in Giant (1956) depicts southwest segregation in Texas, a first for Hollywood Westerns of its time.

Giant tackled racism in Texas, depicted segregation in the Southwest and brought up the question of identity itself. Themes that are still relevant today, and unnervingly so. Latinxs being discriminated against or targeted by white supremacists is not new. In fact, there is an entire historical period called “La Matanza,” or the killing, defined by this kind of violence in the Southwest—when vigilante rogues, calling themselves Texas Rangers, killed an unknown number of Latinxs. At that time, the racial tension was rooted in disputes over property as illegal transactions took place, moving ownership from Tejanos to American settlers—something Giant also addresses. But La Matanza is just one of many waves of violence directed towards American Latinxs throughout U.S. history.

Over one-hundred years later, the threat remains. The El Paso shooting that specifically targeted Latinxs resulted in the death of 22 people, making it the deadliest mass shooting in 2019 thus far.

While Giant deserves an applause for shining a light on these themes and for portraying something real in a genre devoid of reality, it didn’t change the fact that Tejanos who participated in the film watched it later, in segregated theatres. The movie was a closer depiction of life in Texas but it still had its flaws—it was told from the white perspective and starred white protagonists who were the only heroes able to help the discriminated Latinxs.

Today, despite some director’s best efforts, not much has changed. Quentin Tarantino’s Django may be a Black lead, but his character is guided and activated by a white hero, Dr. King Schulz. Filmmaker and writer, Leah Williams, puts it best in her article, How Hollywood Whitewashed The Old West, when referring to The Hateful Eight (2015) and The Keeping Room (2014), “both films depict racism through a white lens: In each, a Black character experiences violence until a white hero steps in to enlighten the attacker. In this way, the films offer the same white-savior premise as 1960’s The Magnificent Seven without really critiquing it.” Even the Mexican filmmaker Alejandro Iñárritu who directed the epic Western, The Revenant, and who depicted honest portrayals of Native Americans, still positions the story through this lens.

That isn’t to say there aren’t any Westerns told from a POC perspective. Sidney Poitier’s Buck and the Preacher does just that, as well as neo-Westerns like Robert Rodriguez’s El Mariachi and others, but these only scratch the surface. Where is the epic Western about Bass Reeves in American film? Where is the Western about little-known, Texan-journalist and free-speech hero, Jovita Idar? Or the story of the Chinese immigrants’ railroad strike? The Western is still unexplored territory where people of color are not merely absent bystanders, but the uncredited makers of what was once the frontier.

And this imagined narrative of the West is now collective memory. Otherwise we wouldn’t question the role of Black cowboys in history or the place of Black men in country music and culture. Even the El Paso shooter’s anti-immigrant manifesto spoke of a “Hispanic invasion of Texas.” But Texas, originally Mexican territory, was historically invaded by the U.S.

So the next time you roll your eyes at the words, “representation in media,” I implore you to think about this genre and why the consequences of excluding non-whites from Westerns is not only cultural amnesia, but it is also a dangerous, slippery slope.