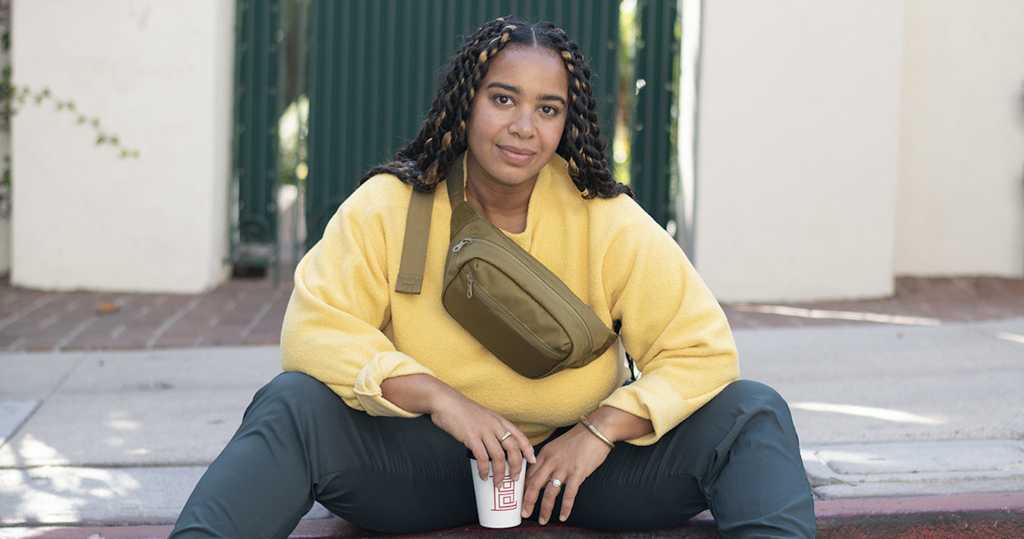 Zoila Darton founded WORD agency out of a want to uplift the next generation. The Afro-Latina of mixed Panamanian, Jamaican, and Jewish descent wants to be a vessel for change. She wants to serve the upcoming generation and help them gain access to notable spaces and positions of power.

Darton realizes that progress takes time. The seeds that the older generation has planted will only begin to grow and take root if they are cultivated by the generations to come.

So while sitting in her home, during a period of uncertainty in her personal and professional life, she turned on Solange and thought of the perfect name for her creative agency: WORD, an acronym of the phrase “we open real doors.”

“One thing that you’ll notice in our work [at WORD] is that we do not give the mic to people that already have the mic. We tell the stories of real people and people that need the stage.” Darton said.

She wants to see more Latinxs of all backgrounds in positions of power but knows that for this progress to happen, we must reimagine what it looks like to be “in power.”

“To me, it’s an [Anuerin Bevan] quote, right? ‘The purpose of power is to give it away.’ Giving it to other folks so that they can use it for what they need. If only a couple of people have the power, that means the rest of the people are powerless. That’s not good.”

Darton’s latest project speaks to this idea. It highlights the importance of listening to challenge our ways of thinking. If we fail to listen to one another, our well-thought-out ideas do nothing to evoke the change that our world desperately needs.

WORD agency has teamed up with HBO Max’s Pa’Lante to challenge this missing link and encourage the Latinx community to listen and reflect on important topics with their latest digital series, “Are You Listening?”

The four-part digital series—directed by Darton and edited by Laura Bermudez—features a variety of testimonials from Latinxs who are reflecting, celebrating, and honoring the Latinx experience in the United States. These episodes highlight modern motherhood, how language has defined the Latinx community, mental health and generational healing, and the future of Latinidad through the eyes of Gen Z.

“Are You Listening?” was inspired by HBO’s award-winning show, “Habla.” The documentary series—directed by Alberto Ferreras—features groups of actors, advocates, activists, and celebrities to discuss important issues that the Latinx population faces in the United States.

“HBO is the epitome of telling authentic stories so naturally, when we launched HBO Max Pa’lante!, it was important to our team that we create alongside partners that represent the full experience of Latinidad[…],” said Jackie Gagne, Senior Vice President of Multicultural Marketing at WarnerMedia.

Together, WORD agency and HBO are working to spark important conversations through both the digital and documentary series. Darton credits Jessica Vargas and Maggie Oritz at the Pa’lante team for allowing her the creative freedom to cast unique and underrepresented voices in the campaign, and for allowing her to “pass the mic” to those who are not often heard in challenging conversations.

“I’m excited to give the mic to more people with unique perspectives so that they can continue to tell these stories,” she continued, “I work with youth quite often. And so, I knew immediately that we needed to make sure that the youth had a mic to talk about what they need to feel good in the future and for their future. That was really important.”

The first episode presents the question, “What does Latinidad mean to you?” Young activists, advocates, and creatives break down the complexities of the term and highlight how it has continuously left out Black, Indigenous, and other Latinx voices.

“I wanted to make sure that we gave the people watching, adults, particularly watching, we wanted to check them a little bit. And be like, “Listen to these kids. They’re watching history happen in real-time. They’re the ones that have to deal with this world that we all created, that you all created. And they’re still showing up with grace and humility every single day,” said Darton.

The founder and CEO hopes that this new generation will continue to create space for various Latinx voices to be heard and understood, a goal that she and the rest of her team are determined to make a reality through their work.

You can watch the first episode of “Are You Listening?” here and log in to HBO Max to watch “Habla.”

‘In The Heights’ Review: The Importance of Seeing Your Home Represented on Screen